First things first, I’d better start by making a confession since this is not going to be an entirely objective article: I am what you might call a postcard enthusiast.

OK, you got me. That’s a lie. Or at least a bit of an understatement. I’m actually more of a postcard addict. There, I’ve said it. Happy now?

Not the sort who collects them (although I do have a reasonably large stash in a tin on my desk, lined up waiting for their moment of glory to come), but the sort who sends them. Religiously. To my friends, my parents, my grandad and – on a fairly regular basis and even though we live in the same flat – to my boyfriend.

It’s not exactly something to be ashamed of. It doesn’t define me. It just means that I spend rather a lot more on postage than most people do these days.

THE BEGINNINGS OF A PROBLEM

It wasn’t always this way. There was – admittedly quite a few years and several hundred stamps ago – a time when I was able to limit myself to just one or two postcards per holiday sent to a very select group of people. School friends mainly, occasionally family members too. But somewhere along the way things got out of hand. Quite worryingly so.

As far as I’m concerned, there are very few occasions that don’t warrant a postcard. I send them to congratulate, to commiserate, to say hi, or perhaps goodbye. To wish someone luck, to raise a laugh, to say thank you, or that I’m sorry.

Maybe it was moving away from home for university that did it or going on my year abroad and finding myself in so many exciting new places. Maybe I missed people and wanted to make them smile. Or maybe postcard manufacturers simply upped their game and started churning out ever more beautiful and often glittery images that I was helpless to resist. Whatever the reason, currently, I probably average about two a week, rising to around nine or ten when I’m travelling.

Some people like tag themselves on Facebook to let everyone know where they’ve been, I prefer to keep my movements known to a much smaller number of people I actually care about. And the postman, obviously, too. He finds out all sorts of things. But I don’t always sign my name and my handwriting is a little on the illegible side, so perhaps he doesn’t know it’s me.

As I see it, there are, in fact, a number of vastly different types of people who still send postcards. There those who want to show off all the exotic places they visit, others who just want to let people know they’re thinking of them. Some do it because they have always done it or because they have someone at home who likes to collect foreign stamps and some, quite simply, because they secretly want a postcard in return.

If I’m being honest with myself, I primarily fall into the second and fifth categories. I certainly enjoy amusing people with unexpected cards that I know will appeal to them. When my mum was having chemotherapy last year and I couldn’t visit, I sent a postcard every week for four months. I’m not sure how helpful it really was in the grand scheme of things, but it did at least make me feel like I was doing something. It’s the same with my grandad, who’s ninety-seven and doesn’t really get out anymore. In fact, he’s generally the best informed member of the family when it comes to my whereabouts at any given time, since whenever my boyfriend are out and about, I buy a postcard from every single place we visit and send them all separately, so that Grandad can follow the route vicariously.

Besides these vaguely altruistic motives, there’s also nothing I like better than getting handwritten post and I assume that the chances of finding something in my letterbox are higher if I get in there first and send something to someone else. Unfortunately though, as I have discovered, things don’t always work out quite that way. I’ve been waiting for a return postcard from one friend since the mid-2000s. She doesn’t appear to have noticed yet – meaning, naturally, that I have to persevere and continue to send her my thoughts that way until she gets the message. It may take some time, but I’m a fairly patient person and reckon I could easily manage another decade’s worth of postcards before I finally admit defeat.

And while we’re on the subject of character traits found amongst postcard addicts, I’m also, as you might have guessed, quite stubborn and not always prepared to move with the times. Sometimes, for example, I respond to texts in the form of a postcard, although thinking about it, that’s probably quite annoying for the friends involved. Then again, airmail is often surprisingly speedy, so perhaps my replies don’t always arrive so much later than expected.

Though the death of the postcard is proclaimed with alarming regularity – generally as a result of either email, text messaging, millennial laziness or the abolition of roaming fees within the EU – judging by the sheer number to be found in shops the length and breadth of Europe, the medium remains alive and well. It has obviously evolved considerably since its initial popularisation during the nineteenth century and is no longer one of the fastest and most inexpensive ways to send a written message. But at the same time, I disagree that the likes of WhatsApp could ever fulfil all of the social and cultural functions that it performs.

Simply because something is instantaneous and free does not necessarily make it better or preferable. There is meaning and value in the effort required to send a postcard – choosing the cover image, writing a message by hand, buying the stamp, taking it to a letterbox. I find it fascinating, too, to think of the physical journey that those flimsy pieces of colourful cardboard undertake. It’s a world away from underground cables and satellites overhead, so much more tangible.

It’s a world away from underground cables and satellites overhead, so much more tangible.

Of course, national tastes and cultural sensibilities do have an effect on the options available. Still, most of the time, I find myself really rather spoilt for choice when it comes to European postcards. It pays to be discerning, though, and not necessarily buy the very first ones you come across. If, for example, in Prague you can get past the droves of moonlit shots of the Vltava, you’ll find that the Czechs do a rather nice line in cartoon postcards. I especially recommend looking out for reproductions of artist Josef Laďa’s seasonal drawings and for jolly scenes from the long-running animated series about the little mole Krteček. And in Germany you can test your language skills on clever bits of wordplay, since the country has what can only be described as finest selection of postcard-based puns I have ever seen. Even Albania does a decent enough range of images featuring extravagantly illuminated fountains, if that sort of thing appeals. Just make sure you don’t get swindled at the post office like I did, though.

In fact, in all the years of my addiction, only one place has truly disappointed and I’m afraid to say it was the town where I grew up. Granted, it’s not the most beautiful of urban spaces, but it does have a fetching blue and white glass pyramid, a pretty impressive Victorian viaduct and a town hall that looks just like an old-fashioned wedding cake. However, for some reason, it has remained under the radar of postcard manufacturers and I am now reduced to taking my own with me whenever I go home to visit my parents.

Answers on a postcard please, if you recognise the place I’m describing – or indeed happen to know whether any shops there do actually sell postcards… 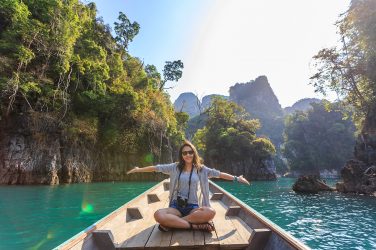 The Millennial Travel Craze: The ethics of travelling to states with a human rights record

With an increasing amount of flights connecting the world and young Europeans travelling more ... 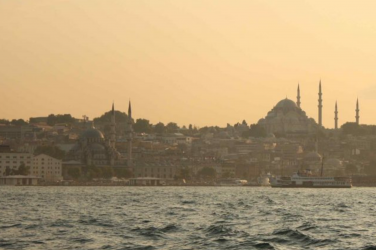 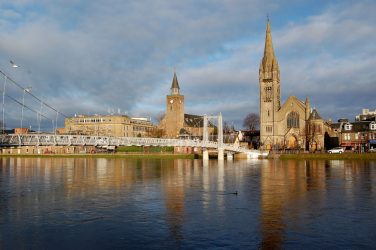