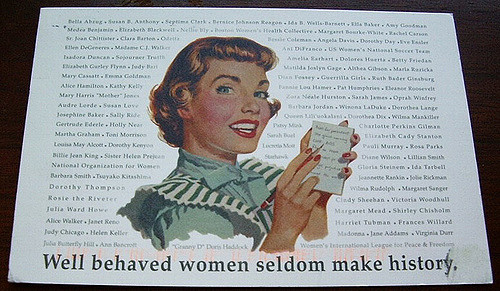 Everyone has certain figures, be it celebrities, family, friends or merely acquaintances that influence their life. In an era of growing feminist movements, daily feminist icons are being torn down or admired. In light of this E&M wanted to explore intimate stories of feminist figures that have empowered, inspired and had a significant impact on young Europeans.

I like to consider myself a feminist since my childhood when I started to became aware of the difficulties that girls face around the world. Learning as I went along of more and more struggles that were affecting women around the world, I became increasingly passionate. My mother, sister and father played a huge role in this, exposing me to all sorts of feminist topics and issues as I was growing up.

I felt almost electrified by this pain, my anger and frustration fuelling me to keep voicing my dissatisfaction with gender disparity and working towards a truly equal European society.

However as I studied women’s writing in early modern Europe this year, I found myself inspired more than any other time I had read any feminist literature. One author that struck me more than any other was the Frenchwoman Madeleine de Scudéry. Fighting back against the misogyny of her time, she published under her brother’s name and wrote some of the most amazing and accessible literature I have ever read from that period. In particular her Female Orators, in which she gave a voice to historical females that were silenced, killed and ridiculed. Scudéry’s rewriting of history to portray female bravery is evident in her portrayal of Carthaginian noblewoman Sophonisba speaking to her husband Massinissia, and Zenobia speaking to her daughters. Sophonisba and Zenobia were generally portrayed as victims – as Sophonisba was ordered to be killed by her husband. Massinissa was taken hostage by the Roman emperor Aurelian — but in Scudery’s orations they are depicted as having chosen to live or die. In so doing, Scudery allowed them to reclaim their dignity and to regain control of their fate. These heart-wrenching orations particularly touched me. The pain of generations of women before me that have had to suffer under patriarchal norms and traditions was palpable. I felt almost electrified by this pain, my anger and frustration fuelling me to keep voicing my dissatisfaction with gender disparity and working towards a truly equal European society.
demale orators

Caitlin, 22, UK – The women in my family, particularly my grandmothers and mother

I wouldn’t say the feminism I adhere to is particularly academic, despite it certainly influencing my interpretation of academic study, and this being a particular area of interest for me. Even as a young child I was fairly stubborn about being viewed as equally capable as anybody else I met, and I think I worked hard to prove it. I don’t think I’ve ever been any other way, and so there isn’t really a moment of epiphany for me. As I’ve got older, however, and compare to my own experiences, the achievements of the women in my family have become a very real inspiration to me. This is probably the case for many women, and I hope it is. I realised that I was comfortable in my opinions, and in myself, in part because they set the example that your achievements are relative to you as a person, and not to you as a woman or any other category. They taught me not to compare my successes with those of others. They taught me to respect other people as people, beyond what role they fulfil in your life, and taught me that I should expect the same from others; be that as a friend, sister, or partner.

They set the example that your achievements are relative to you as a person, and not to you as a woman or any other category.

My paternal grandmother, for example, has been the mother to my father, a grandmother to me, but has also travelled a considerable portion of the world. She has a developed passion for experiencing new things, and she does not consider her female position to be a barrier to that. I currently live in China, and her reaction to me moving was, “Darling! When can I visit?” She’s 73. For me, that openness is a value that embodies what is important about Europe.

My mother also, who always valued herself through her contributions, through her professional abilities and intelligence, as much as through her (top-notch, I must say, well done Mum) parenting abilities, and would chide me into never accepting second-best if I could do better. She treated my brother and I with an unwavering fairness (virtually down to number of peas per plate at dinner) that gave both of us expectations of ourselves and of others towards us.

My feminism is more nuanced and as I have got older and can appreciate the realities of where and how women face discrimination within society, I am of course aware that ignoring gender is not a helpful strategy to combating sexism. However I believe that for me, the confidence and self-belief in myself as a woman and as more than that, is something that will continue to inspire me to lead the life I want, that makes me happy, and that contributes to what I believe all Europeans (and everyone else) are worth, and entitled to.

Feminism was not a term I’d often heard while growing up in small-town Romania.

Teenage years, my guy friends laughing exclusively at jokes told by other guys, my guy/girl friends visually dissecting and “rating” girls whilst smirking nonchalantly; all this made my teenage self question my aptitudes at being a girl/ woman. Slowly drifting away – from the wild wild west of self-deprecating girls and self-involved boys educated by the universal law of lad-culture – things got brighter through books, films and people.

Throughout my perpetual quest of defining feminism and femininity, many figures have been inspiring: character Elaine from Seinfeld for her non-conventional (especially at its time) charming femininity as well as for her no less feminine “cool” and naturalistic humour; actress Ingrid Bergman for courageously leaving behind flashy Hollywood and entering European experimental cinema in the fifties at a time when remarrying meant a national scandal fueled by an outraged American public & media; writer and artist Chris Kraus for culturally and emotionally (re)thinking female silence and “craziness” in “I love Dick”, Jill Soloway, writer for TV show Six Feet Under and Transparent for challenging the way we look at and and think of gender roles through complex, multifaceted female/ male personas in mainstream television.

My sense of feminism began in my family, unnamed, by watching my parents playfully and wholeheartedly devoting themselves to their children, dividing tedious domestic chores equally while both working long hours. While different from how I live feminism now, I also think of the stories of the women in my family – generations of women embracing different roles and leading other lives – as having shaped how I perceive womanhood. As women in communist Romania, my grandmothers were meant to be the pillars of domestic life as well as “devoted mothers and dedicated socialist workers”; my mother grew up in Ceausescu’s regime (which was in many ways oppressive towards women) and was the first of her family to go to university, while working full-time to support her studies.

Tireless and humble, she has graciously adapted to various conflicting political, social, professional and familial contexts. In the meantime, I, silent and in awe, have learnt from her, from my family, from inspiring women and their spoken/ tacit/ written/ enacted stories, about empathy, tenderness, assertiveness and about being a woman.

I have been a feminist since I can remember, and it was always something which felt like “a just cause” to me. Most of the time, I did have the impression that my environment supported me, but at one point a friend said “See, you shouldn’t post so many feminist things on your facebook page. People will think this is the only thing you are. And it will make men back off.” Shortly afterwards I watched this great speech by Chimamanda Ngozi Adichie, a Nigerian feminist, writer and speaker. It was entitled “We should all be feminists”, and she talked about her personal experiences and what made her become a feminist. This speech was not only extremely funny and well-delivered, but also made so many things clear to me, I’ll just mention a few:

Now I unapologetically plaster my facebook wall all over with feminist articles, blog posts and memes. Feminism is not “the only thing” I am, but it indeed is a big part of me. If that scares men (or any other people) off – then that’s their problem. Thank you, Chimamanda Ngozi Adichie! 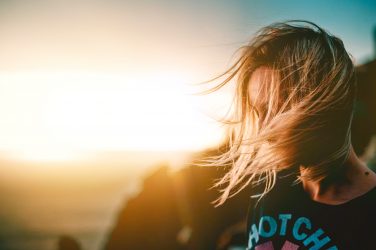 Sex and (the) Europe

Here comes the second episode of our most intimate column. Join Martina Lopes for ... 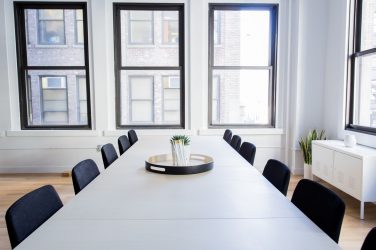