Could the EU become a Communist Federation? Read what Sci-fi authors have been speculating.

Europe and the single European state can be all of these things, and more, on the pages of some of the best science fiction that has come out in the past fifty or so years. So how do those bad boys of literature, the no-gos for a Nobel Literature Prize, the science fiction writers, imagine our common European future? Not so much, unfortunately. Sci-fi in its present form was born in the United States (much of it in erotic magazines, like Playboy, or sold in cheap pulp-fiction literature shops in back alleys, but that’s another story…). Naturally, the American authors wrote with the US as the setting in mind, whenever they wrote stories happening on Earth. Interestingly enough, things become less gloomy the further along the sci-fi timeline they were written.

Let’s start with the 40s, and everyone’s favourite political dystopia, George Orwell’s 1984. An overly active police state, in which all forms of dissent are monitored and brutally stamped out in Room 101 where one faces his or her own worst fears: this may perhaps bring up memories of a school classroom for many readers, for instance, and also the recent developments as related to the NSA and Europe’s secret agencies. What is interesting to note is that Europe is united, in a way, as belonging to neo-bolshevist Eurasia, with Britain being the sole exception on the continent (as usual) and belonging to rival superstate Oceania, proudly crushing dissenters in the name of English Socialism. Since 1984 was written shortly after the Second World War, one can understand Orwell’s pessimism: the horrors of the war were still being discovered and cataloged by historians, while two world powers were slugging it out across the planet in a battle of ideas. It seemed only natural that Europe would be torn up and absorbed by them.

If we fast-forward towards the 80s, we arrive at the founder of modern cyberpunk, William Gibson and his amazing Neuromancer. The work is dystopian in its own way: states are nothing more than shells of their former selves, and capitalism is there in its most extreme form. Corporations have free reign to do whatever they deem profitable – and they do it. Trade in organs, sensitive information, drugs, weapons and human beings is a normal occurrence. The poor live on the edge of society, eeking out a meager existence by whatever means possible. Most cyberpunk characters are hackers and guns-for-hire, using the vast information network to conduct various shady dealings. London and Paris look alike, both large metropoles, where the rich have their enormous villas and the poor live in crumbling high-rises. Everyone has crazy hair, as well. Still, some things never change: Paris still has the best art scene and cafes, while London contains the financial headquarters of every country. And then some things do change unexpectedly: Frankfurt is apparently a smouldering nuclear ruin from some unexplained skirmish – it seems that the Germans often tend to draw the short stick in sci-fi.

Interestingly enough, at the turn of the century a centralised and united Europe starts appearing much more often – authors would have picked up on the centripetal forces uniting the continent and then extrapolated them into the future. A startling EU flag is revealed in Ken MacLeod’s Cosmonaut Keep. But while the EU’s 12-star flag is the same, a small, but rather critical addition stands out – there is a signal red five-pointed star in the middle. Russia, having returned to its former Soviet glory has conquered the EU. This book gives one of the most amusing future versions of the European dream – it is socialist, yet not too oppressive. Everyone is obliged to have a Kalashnikov and a handgun in their home, as the Russians saw how easy it was to conquer the Old Continent and sought to make sure that the next aggressor would face a tougher defense. When it comes to computing, the EU started using sustainable bio-degradable computers. Everyone is walking around with some sort of bizarre organic processors that start to decompose and stink up the place after a few weeks of use, and are generally not as good in computing as their plastic-and-metal counterparts. Everything is powered with renewables, of course. In contrast to that, the Americans have much more powerful computers of the old polluting variety and still burn coal and gas to their lungs’ detriment. A large part of the action takes place in a semi-independent Scotland, which is a sort of satellite state to the red-star flying European Union, similar to Finland in the past.

To wrap it up, Vernor Vinge presents another interesting look at a possible Europe, and perhaps a very realistic one. In Rainbows End, the EU has expanded almost to all countries, including Russia, India and Japan into the family. There is general prosperity brought about by the ever-quickening pace of technological progress and the ubiquity of computers in everyday life. Times are peaceful for most citizens, and the democratic values of today’s EU have been largely preserved. There is only some trouble at the edges – the enormous and near-omniscient secret service of the European Intelligence Board takes care that terrorist attacks do not succeed, and are constantly improving at their job (after all, the last nuclear attack on a city is a whole five-years in the past). The rather extensive overreach of the NSA and the EU Intelligence Board does not seem to bother the population – there is the implicit understanding that the intelligence collected will only be used to fight the biggest troublemakers, while smaller crimes will go unnoticed. Of course, the problem of “who watches the watchers” is ever-present, and perhaps not everyone in the secret intelligence community has the best intentions at heart… Saying more would be a spoiler! Rainbows End is definitely worth a read, especially if you are into computers, the Internet and spy stories. It is also worth mentioning that Vernor Vinge has been quite accurate in predicting a lot of new technologies, the most impressive of which is Augmented Reality (think Google Glass, but even more awesome). It could very well be that his version of Europe’s future might come to pass.

Science fiction is a very young genre, and contrary to many expectations, not always about aliens and ray guns. With the EU’s importance and influence in world affairs growing and the creation of a true pan-European culture, we will definitely be seeing it used as a setting more often in various stories about what the future might be, or might never be. The problem, still, is that science fiction remains mainly an English-language genre (with a few great Russian exceptions), and all but one of the biggest publishing houses are situated in the US. Hopefully a new generation of young European science fiction authors will step up to the challenge and create the first truly European science fiction, written not from a small national viewpoint, but from the viewpoint of a whole continent with a complex, ancient and astounding culture and a dazzlingly diverse population. Any takers? You have my 10 Euros! 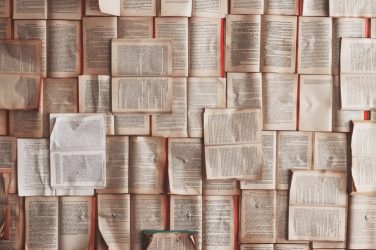 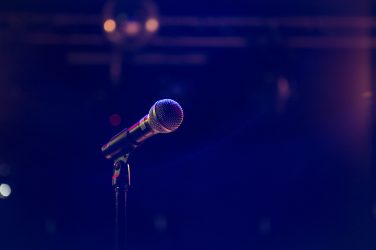