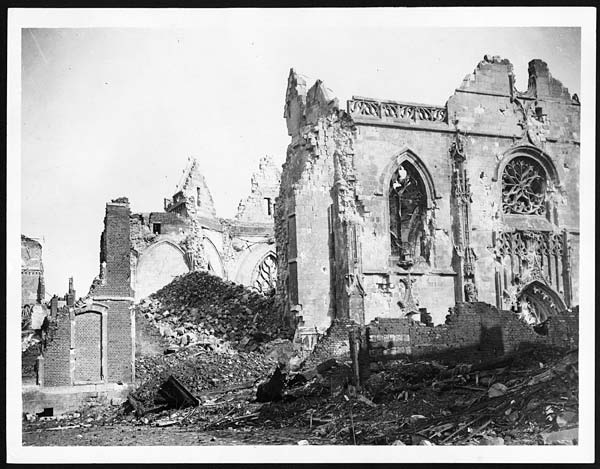 Europe has some of the oldest and most traditional universities in the World. Could that be holding us back from economic recovery?

Most policies aimed at combatting youth unemployment in Europe mainly promote internships and apprenticeships. The role of the European Universities in providing professionals prepared for the current labour market is yet to be addressed. My university years are long gone, but some of the lectures I attended are still as vivid in my memory as my last meal.

Professor Agnati’s lecture is one of those. At the time, he was a professor of History of Economic Analysis at University of Padua, in Italy. His didactic methodology was rather peculiar: you could read his book or search among students for a 20-question document (many versions provided) which his exam would be based upon. The only problem was that, even if you tried making sense out of it, understanding the subject was nearly impossible. A few friends and I tried to go to his lecture. Once he finished it, we asked how to best benefit from his lessons, since very few would come. His reply was: ‘there is no benefit for those who come to my lectures. The only thing you can do is to study the questions.’ But Professor Agnati’s lecture wasn’t the only token kept. Once Professor of Statistics, Dr Bolsan shouted to a room with nearly 300 students that University of Padua was not in the list of the 100 best universities anymore because our generation wasn’t taught how to think. For a few seconds silence took over the classroom, then everyone stood up and applauded. He was absolutely right.

My university experience can definitely be backed by the QS World University Rankings 2013 which show that from 50 universities, only 14 are European. Most of them are North American. The differences between both educational systems go beyond tuition fees and selection processes. American Universities seem to be more in touch with the reality of the modern world.

Yet in the seventies, American and Canadian governments understood that higher educational institutions were not public-resource-eaters but could become partners in developing technological innovation and promoting economic grown so needed in a competitive international market. Since the Bayh-Dole Act (1980) was approved by the US Congress, universities were allowed to patent their own research. This act overturned the relations between American universities and industry. Despite the initial reservations with respect to scope and interests, Industries wanting to guarantee their places in the commercial world and universities wishing maintaining their main purpose of transmitting knowledge and culture, both managed to gain benefits that went beyond the financial field. Professors and researches could develop awareness of the practicalities faced within industries and develop studies that would have a more realistic approach. Students would learn by being exposed to the industrial needs. Research funds, and industrial development would increase.

The same cannot be said about European Universities. Back in 2007, the European Commission published a document called Improving knowledge transfer between research institutions and industry across Europe. The document illustrates that there is a culture against academic involvement with commerce. Factors such as cultural differences between the business and science communities; lack of incentives; legal barriers; and fragmented markets for knowledge and technology jeopardise European economic growth and job creation.

Today, most European universities have become a diploma machine. Students are taught they need a piece of paper to get this or that job. That job which nowadays is nearly non-existent. The centralized fund source and the hierarchy established in many European Universities created an unquestionable system, where professors have great academic experience but little or no experience in the business sector. ‘Incredibly, I feel more attached to the American University than the Spanish One’, said Adrian Espallargas, a journalist that studied at both Universidad Complutense de Madrid and University of Oklahoma. ‘In Spain, you can leave university without writing an article. The Spanish student has a broader understanding of general knowledge, though. American professors seem more motivated and willing to help and that is not only because of money. Spanish professors are public employees. In many cases they are not even bothered in replying your email.

Today, most European Universities have become a diploma machine. Students are taught they need a piece of paper to get this or that job.

Education suffers the most

Not only Europe has failed to recognise the higher education potential as an economic developer, but with the financial crisis it is one of the sectors that has suffered the most cuts. Education at a Glance 2013, issued by OECD showed that Italy, one of the countries with the one of the highest rates of youth unemployment in the Eurozone is the country with the lowest expenditure on educational institutions as a percentage of GDP. The list is headed by the United States and Canada. The effects of a poor investment and bad resource-allocation in education can be seen at the figures provided by AlmaLaurea, a service provider aimed at connecting graduates, university and the business world. A survey which takes into consideration the graduates and post-graduates from 2007 until 2012 shows that not even half of them think their qualification was useful for their professional lives.

The same situation can be seen elsewhere: Greece has the highest rate of unemployment among 25-29 year-olds with a tertiary degree. In general, the higher the education level among 15-29 year-olds, the higher the unemployment (Education at a Glance 2011 – OECD Indicators). It is an unsettling idea that having a degree or any sort of higher education, might not guarantee us a better life. ‘Our role is to teach and investigate. However, more often we have to worry about a third field which is the economic and social value of the knowledge generated within the university,’ said Carlos Brito, Pro-rector of Innovation and Entrepreneurism of University of Porto, Portugal.

Too risky to take a chance

The distorted reality most European universities have of the job market is just one of many concerns. The “make-your-own-opportunity” is not part of the European culture. Graduates, post-graduates and doctors usually finish their studies expecting to be employed. Very few of them are actually prepared to start their own business and eventually become someone that generates jobs, rather than a person that seeks them. ‘Often students fail to realise that the research they are involved with could benefit the industry, as well as them,’ said Fiammetta Pantò from Consorzio Arca, a Consortium for the application of the research and the creation of innovative companies based in Palermo, Sicily.

The lack of entrepreneurism in Europe is a well-known problem. The Eurobarometer Entrepreneurship survey taken in the beginning of 2013 by the European Commission, showed that 3 out of 4 Europeans have never taken part in an entrepreneurship course. Even if trained, the young professional would have to go through a variety of obstacles such as bureaucracy, lack of credit and, in case of failures, sanctions that could affect his or her entire professional life. ‘I struggled to find the right opportunities in the Interior Design industry that I needed to complete my degree at Bournemouth University in England. I adapted my career direction and worked my way up in retail merchandising and I was sponsored in my final year by Marks and Spencer. I graduated in 2000 with a First Class degree which led to work opportunities in London and it took 10 years of experience to gain the skills to be self-employed’, told Amanda Howse, the creator of Create Display Design which specialises in creative commercial projects and unique home furnishings.

One of the main threats to any business competitiveness is the lack of talent. A recent survey from The Manpower Group shows that, globally 35% of employers have difficulties in filling jobs. In contrast, ‘Growth potential of EU human resources and policy implications for future economic growth’ recently issued by the European Commission indicates that demand for specific skills in the most dynamic sectors may continue to rise in the future, while demand for labour in a range of low-productivity sectors may keep declining. Even in the case of a consistent recovery in the years to come, many of those unable to get the right experience or education risk being unemployable forever.

Spain and Italy will face serious fiscal problems as there will be fewer taxpayers to make up for an ever growing old population. The few professionals that manage to get some experience, due to the high unemployment rates, will look for jobs elsewhere, maybe in Brazil or in China. The country which provided the education won’t get any benefit from of it. For instance, in 20 years, Italy lost 4 billion euros in patents requested by Italian researchers abroad.

A glow of hope

‘In general, the situation has drastically improved since the Bologna Accords (agreements between European countries aiming at ensuring comparability in the standards of higher education qualifications) and the introduction of internships. Our research suggests that internships during the university study period are an effective employment initiative,’ told Ilaria Venturi from AlmaLaurea.

The improvements made go beyond a shift in the education system. Some universities are doing an excellent job in bringing together the academic and business worlds: in 2013, Science and Technology Park of the University of Porto (UPTEC) won the award REGIO STARS for creating an innovative strategy in fostering local entrepreneurship. Not only that, University of Porto has also created Academy to Business (A2B). A plan whose aim is to contact industries, identify the challenges faced and create collaborative projects to overcome them. It has already worked with local business such as Grupo Rar and big companies like Samgsung and Bosch. Institutions such as Consorzio ARCA also show how economically effective they can be: With 5 million euros provided by MISE (Ministry of Economic Development, Italy) in ten years, more than 500 students took part in their self-entrepreneurship courses; 35 companies were created, from which 8 were academic spin-offs, generating 130 qualified job positions and total turnover of 4 million euros only during 2012.

As impressive as these figures might be, with an average of nearly 23% of youth unemployment in Europe, a lot more needs to be done. Policy makers need to take drastic measures to prevent the loss of a generation. Professors and researchers ought to be more aware that they are providing one of the most important services in a society: the formation of professionals that will run the country. Industry needs to be more open to university collaboration. The young professional should be more proactive, too. ‘We are aware that today it is not enough to transmit knowledge and competency, we have to transmit attitude as well. Entrepreneurship is fundamentally a matter of attitude.’ For the Pro-rector, it is very important to disseminate this message. ‘People need to be more open-minded about entrepreneurship.’ Told Carlos Brito. The purpose of education is mainly to provide well-being and sustainability for those receiving it, a fact that seems to be forgotten by many. Culture should be celebrated, so should the ability to overcome every-day problems. In the end, no one studies to become a walking-encyclopaedia. 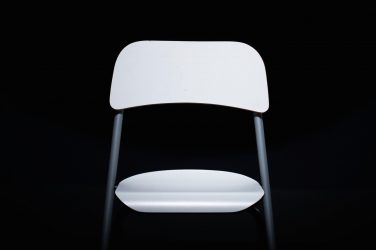 A Letter to Future Employers

Drawing from her personal experience, a justifiably annoyed Selva drafts a letter to future ... 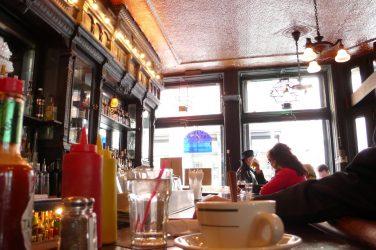 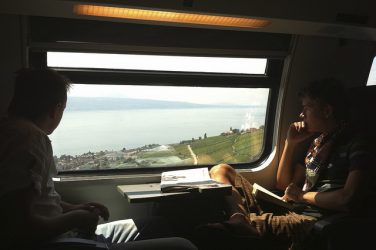 InterRail: An adventure by train

InterRailing is one of those rites of passages I felt I needed to go ...