He certainly had a way with the ladies, but what else can you learn from the legendary crooner? Read on to find out how The Cabbage Head Man became an icon.

Serge Gainsbourg was born in 1928 in Paris to a family of Ukrainian immigrants of Jewish descent. His teenage years were marred by World War II, which he spent in the French countryside, hiding from the Gestapo. But from being a shy kid to becoming France’s most controversial singer and songwriter, the way wasn’t actually too long.

His life was full of paradoxes: although he never acknowledged the power of song lyrics, he became their poet laureate; always convinced he was not attractive enough, he seduced more beautiful and famous women than most other Frenchmen could ever dream of. And his response to a cardiac arrest he suffered in the early 1980’s? “Let me announce I am increasing my intake of alcohol and cigarettes.” He was the ultimate enfant terrible of pop culture, and his immense legacy remains a source of inspiration for many world-famous artists of later generations. So how did he do it?

Did your parents force you to play the piano when you were a child? Such an excruciating feeling, wasn’t it. Well, that’s probably what little Lucien Ginsburg, as the artist was originally called, was thinking: he utterly despised the music lessons his father was giving him and dreamed of becoming an acclaimed painter instead. He went on to study at the École des beaux arts in Paris and it took him a while before he re-discovered his genie for music. And even after Gainsbourg achieved international fame with his Initials BB or Je t’aime, he still considered songs to be an infererior art form (the French call it l’art mineur). Eventually, painting never brought him as much fame, money and acknowledgement as songwriting, despite the fact that he seems to have despised it vigorously. You may try to twist your fate but you should grab what you know you’re good at even if it’s not your dream.

Broaden your mind with art

Serge Gainsbourg may be the perfect example of how studying the arts is fundamental to your spirit and your creativity. He might have thought that writing lyrics to a song was shallow but he did a damn good job of it. It was Gainsbourg’s passion for the arts, poetry and photography that awakened the creative soul within him. He often cited Verlaine as his inspiration, not to mention that some of his most famous tunes are actually built on classical pieces by Beethoven, Brahms and Dvořák.

Don’t be afraid to shock

Gainsbourg adored the media and the media loved him to bits. In the last years of his life, he would often appear drunk, smoking one cigarette after another, and making notorious statements such as the 1987 address to Whitney Houston (“I said I want to f*ck her”) or burning a 500 franc note on a live show. He was a master in transforming vices into virtues and never ceased to truly enjoy all the pleasures life could give him. He was obsessed with beauty and women were the biggest inspiration for him (especially Brigitte Bardot and later Jane Birkin). He wasn’t shy of talking about and publicly demonstrating his passion for drugs, alcohol and cigarettes, in fact he made it look a bit more sophisticatedly French.

Gainsbourg loved provocation. His love affair with Brigitte Bardot from 1967–1968 was probably the first high-profile story that incited the media’s obsession with him. He is proof that scandals were as effective a PR strategy in the 60’s as they are today.

Break stereotypes, provoke, don’t be afraid to draw controversy. The world without changes would be a boring one. Is your idea not widely accepted? All the better! Be it Gainsbourg’s sense for discovering new musical styles (a pioneer of yé-yé, he also brought reggae to a wider European public) or his pursuit of the original transcript of the Marseillaise (and the subsequent reggae version of the anthem, provoking the right-wing parachute soldiers’ attack on Gainsbourg during one of his concerts), Gainsbourg never imagined a world of boundaries and this is what brought him so much fame as well as controversy.

Don’t overdo it, though

Every party comes to an end. Gainsbourg’s musical and poetic genius may have brought him international fame, but couldn’t stop him getting addicted to it. Pushing the boundaries of art is one thing, but try not to ruin yourself in the process. Especially in the last few years of his life, while Gainsbourg still thought and talked like a big thinker, his body seemed to have given up. Regular stage appearances under the influence of alcohol and drugs, or the 1988 collapse during his son’s concert which resulted in a third heart attack, just all seem to be pointing at the fact that a bohemian lifestyle may be good for your soul, but not your body. Despite all this, Serge Gainsbourg’s powerful lyrics and poems continue to influence generation after generation of young people not just in France but throughout Europe. 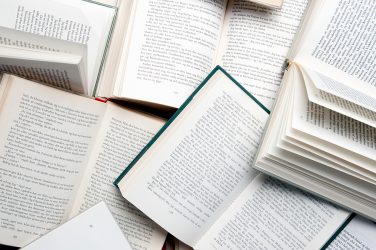 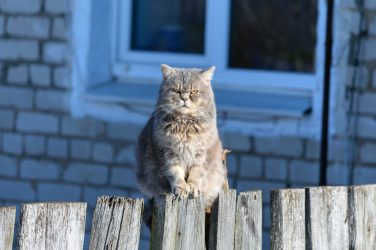