In light of the recent arrest of the Sea-Watch captain Carola Rackete in Lampedusa, the debate about the legality of sea rescue flared up again. E&M is trying to make sense of it.

Sea-Watch, the civilian sea rescue in the Mediterranean, saved 53 migrants in the Libyan sea on 12th June. The ship under captain Carola Rackete was not allowed to enter a safe European port for disembarking. The Italian Prosecution Service did not agree that there was an immediate need for action. 13 migrants had to be evacuated due to severe medical conditions after days on the ship. After two weeks, the captain took the decision to enter the port of Lampedusa on 29th June without being given the green light. According to her, it was a matter of life or death.

The EU and all 28 Member States are failing humanity since 2014 and before. We are onlookers of a humanitarian tragedy.

Before that, the European Court of Human Rights also denied Rackete’s plea for safe disembarkation in Italy. 40 people and numerous crew members were left without relief out on the open sea.

Upon Rackete’s illegal docking in Lampedusa’s port, she was arrested and put under house arrest which was only lifted in the evening of 2nd July. Most likely she will be charged with two trials now, one for violation of Italian sea law and one for aiding illegal immigration. If she is being sentenced, she can face up to 13 years in prison, let alone the costs for legal fees and a lawyer.

The silence of top EU officials and national governments was incredibly loud. The German government stated that members of the sea rescue mission should not be criminalised, but they should follow the law. (This could be the new explanation when one looks up the term hypocrisy.)

Campaign commercial of DIE PARTEI in collaboration with Sea-Watch in the runup to the European Election 2019:

The reactions to Rackete’s house arrest and awaiting trials are twofold: immense financial support for Sea-Watch’s legal fees (two young famous German late night TV hosts managed to rally over 600,000€ in donations) as well as widespread support on social media with the hashtags #freerackete and #freecarola – and a horrifying applause for Salvini.

The silence of top EU officials and national governments was incredibly loud.

Whilst Salvini’s migration policy is inhumane, vile and deserving of our utmost criticism, he is not to blame alone. The EU and all 28 Member States are failing humanity since 2014 and before. We are onlookers of a humanitarian tragedy.

Let’s end with a quote by the Italian singer Roberto Vecchioni, who compared Carola Rackete to Antigone during the war against Creotone: “Creonte does not move a single step: the law says it like this, the case is closed. But Antigone keeps her head up with such pride that keeps her stronger inside (…)  I can see Carola, beautiful and proud standing on the dock to take that decision, which for her is just normal. She does not know it, but inside her she has the words of Edipo, who when he was about to die, told Antigone: “Do not cry, my daughter, there is just one word that can free us from obscurity and from the evil of the world. And that word is love.”

(translation from Italian into English by Rossella Lombardi) 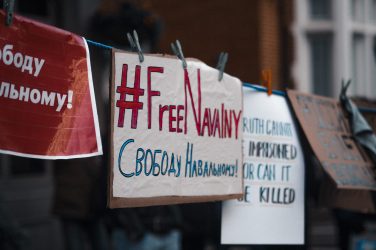