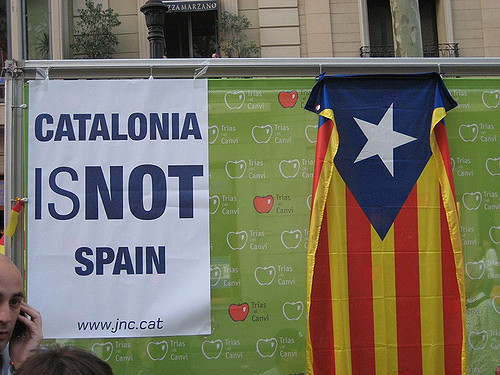 E&M’s Aris Fotopoulos looks forward to a really tremendous 2018. Things will change, and France will — apparently — always be France.

Spain: In a surprise move, Mariano Rajoy holds a referendum to secede Spain from Cataluña. The secession is passed with a slight majority. Sedatives and sleeping pills sales spike in Barcelona. Skateboarders hold a small protest in Macba after the results are announced, due to the new and irritating necessity of a passport to visit the famous spot. The demonstrating skater kids are violently dispersed by the police.

Slovenia: Borut Pahor wins the presidential elections. Analysts and journalists alike credit the victory to an Instagram post he made three days before the election. The post shows him hugging the door of the Slovenian parliament while holding a kitten.

Latvia: President Trump visits Riga, where, in his press conference, he thanks the “Lithuanian people” for their “great contributions in the energy field and the invention of electricity”, while declaring that he was “very happy to have visited Minsk, real great city (sic)” and that his son would always choose Zangief in Street Fighter 2.

Greece: The government announces that there will be a 15% decrease in the minimum wage, but the measure will be compensated for by lower penalties for those caught without a public transportation ticket.

Bulgaria: The government shifts their focus to nuclear waste disposal in an effort to enhance the economy while bettering the image of the country.

France: “France still the largest country in the EU”, is the title of the newest research paper by the groundbreaking Sorbonne in Paris. Plus ça change.

UK: Brexit is postponed until various British figures reveal it was all an elaborate prank, on April 1st. The EC, along with the European Council and the European Parliament gather above and beyond the votes required to kick the country out of the EU as a punitive measure. Meanwhile, in honour of the 20 years since the Good Friday Agreement and their subsequent abandonment of armed struggle, the IRA engages in a prank call campaign to protest European intervention on Irish affairs.

Italy: An unspecified number of Italians drown outside the small island of Lampedusa whilst fleeing to Algeria when it’s announced that the 28th of April will be celebrated as “Benito Mussolini” day. In response to the rising estimations of drowned Italians, Alfa Romeo produces the first floating cars and saves the Italian economy, along with many Italian and Nigerian/Malian/Sudanese/Senegalese lives.

Hungary: All protesters are arrested during the 1st of May commemoration march. “Communists inciting instability in Hungary will not be tolerated” declares Prime Minister Victor Orban, a statement that wins him the election later that month.

Finland: A statue to honor the legendary 3310 cell phone is revealed in Helsinki. The statue is actually a 150x enlargement of a real 3310 cell phone, as sculptors feared that marble would erode in time.

Cyprus: Cyprus wins the Eurovision Contest with a Turkophone Christian delegate. The victory is retracted later when it is revealed that the thousands of phone voters were Turkish proxies.

Germany: In a dramatic repeat, Germany faces Brazil in the World Cup final and loses in a crushing 6-0 defeat. Commentators credit the victory to the Brazilian camp bringing their own food to Russia and hiding their families in the country for 6 months prior to the tournament.

Portugal: Nazaré locals who had never before surfed in their lives claim that “beaches are getting too crowded”. Meanwhile, actual Nazaré surfers are either in California or Western Australia to prepare for the World Tour of Surfing Qualification Series.

Belgium: The EC releases a new directive requiring all member-states to condemn as crimes any action motivated by a philosophical doctrine other than rationalism. When questioned by a member of the European Parliament as to whether the directive implied that there were no crimes in the name of rationalism, or that there were but weren’t required to be condemned, that particular member was expelled from the Parliament by the competent Commissioner.

Czech Republic: A wave of riots across the Czech Republic accompanies the 50th anniversary of the Prague Spring due to the simultaneous announcement of Jaromir Jagr’s retirement from professional ice hockey.

Slovakia: Slovaks abstain from celebrations of the anniversary, since “Peter Stastny was better” according to sources.

Greece, Germany, Spain, Italy: Left-wing parties and organisations initiate talks on the establishment of a pan-European day of remembrance against totalitarian regimes and human rights violations within the EU. The summit is declared illegal by the OSCE and all participants declared terrorists.

Austria: The government removes the country from the Paris Agreement “to appear more hardcore” according to its press secretary.

EU: The ECB agrees to lower the interest rates on the loans towards the Greek banks. In exchange, the Greek government will have to complete the deforestation of an area of about 300 km² in the province of Macedonia so that the ECB can build its new treasuries there.

Germany: Street cleaners strike during Oktoberfest. They demand security at the events so that people will drink responsibly and not vomit all over the city. “Not only does this hinder the celebrations”, complains Bayern Ministerpräsident Horst Seehofer. “It is also unpatriotic to imply that German beer makes one vomit.”

Netherlands: In an effort to become more competitive in the beverage market, Amstel decides to sponsor a bicycle race across Amsterdam. The results are 2 dead and 36 injured in a devastating crash. Amstel withdraws from sponsorships altogether and merges with Red Bull.

Luxembourg: A NATO drill goes wrong when German and French troops end up in Luxembourg, instead of South Holland and North Belgium respectively. Seven new curse words are invented in total that day, in French, German and the dialect of Luxembourg.

Malta: The first floating car dealership out of Italy opens.

Finland: The Finnish president tries to pass a resolution in the European parliament to acknowledge the Finnish heritage of Santa Claus. This stirs a yet more protests, this time among Sami people.

Sweden: Meanwhile, Sweden remains the only country where Santa Claus will, again this year, visit all the (good) children. 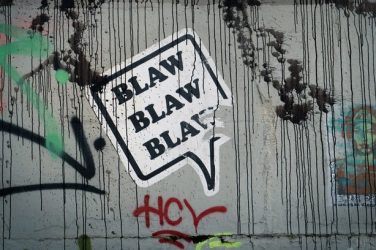 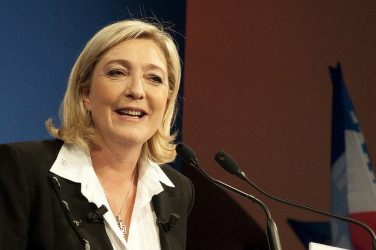 The centre-ground represents the all-important battle area in European politics. But how can anyone ...