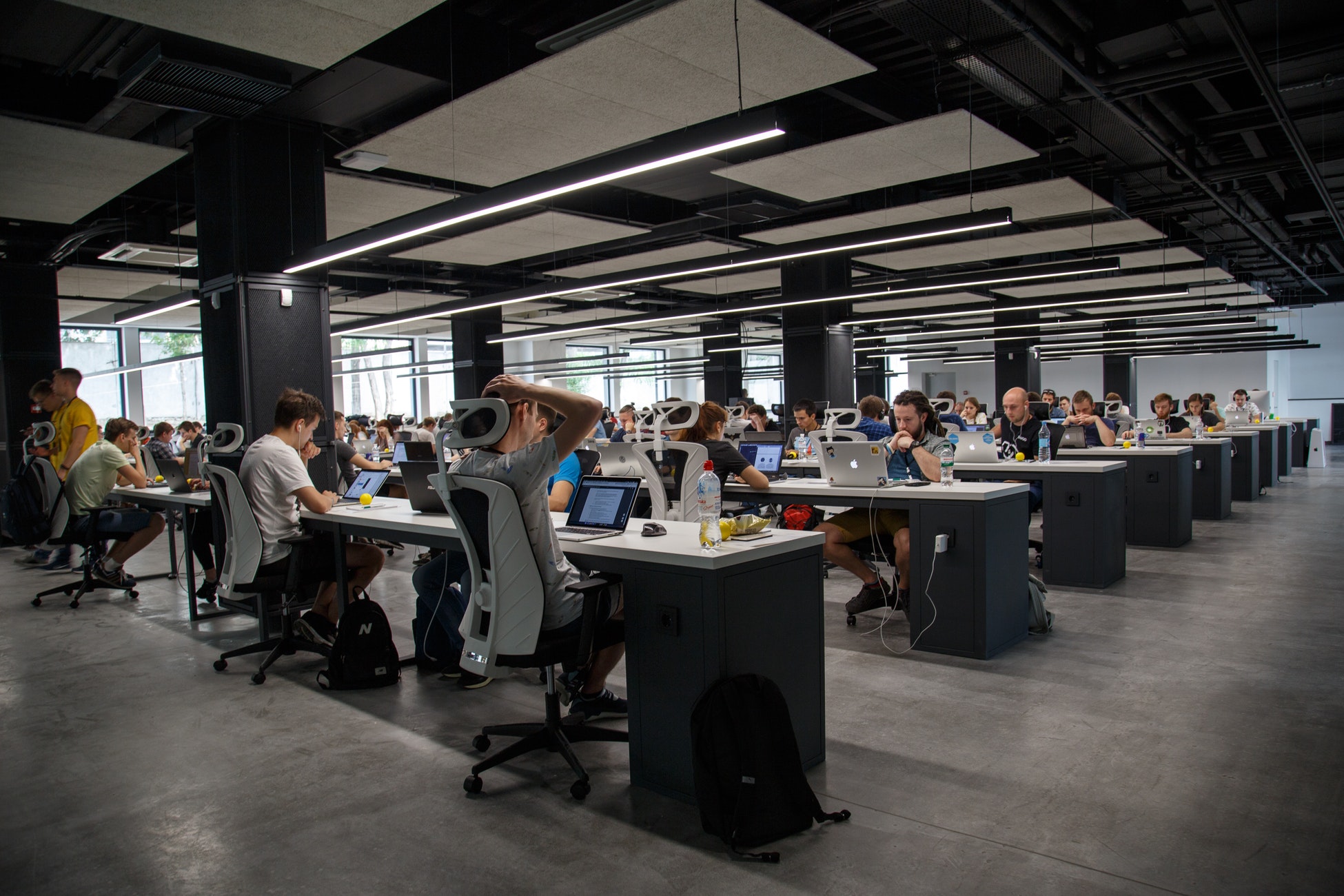 Despite appearances on the surface, history is still in motion. In fact, the current predicaments of our generation – the shifting position of the worker (in Europe and globally) – prove exactly that motion.

Just as the unpaid slave became a worker with the introduction of the wage and the craftsman disappeared with the mass introduction of unspecialised masses in the industrial workforce, we are experiencing another transitional historical phase for the working class. This is manifest today in the increasing flexibility (and precarity) of employment, in terms of position, environment and even academic qualifications. But, as everything in history, the conditions for this transition didn’t come out of nowhere.

The more things change, the more they stay the same

Not a lot of things have changed since Karl Marx published Das Kapital. The enterprises are still striving to reach the monopoly status, while claiming that competition is both good for the economy and proof of the inherent democratic values of capitalism. Economies of scale are still the blueprint for production, almost a century after the Fordian model of production came to prominence. And the social and financial distinction of social classes is as clear as it has ever been.

The differences are negligible. We tend to blame neoliberalism as the shift of paradigm that led to weaker unions, unpaid overtime, less social security and decreased social mobility. We also associate it with the change of traditional reactionary parliamentary parties into champions of “progress” and accusers of state interference.

But how different are they really? Isn’t the transfer of production to lands with cheaper labour just the logical development of the economies of scale? What benefit other than the further minimizing of the costs is there? How much does that global change actually deviate from the fundamental capitalist principle? How, then, are mainstream conservative parties any different from what they used to be, which was advocates of capitalism?

In another era, their line also could be different, like the Tories and their imperialist stance. The point is, as interests manifest in different forms through time, they might even contradict previous stances, yet the end goal remains the same. Only the way of defending it changes with the zeitgeist.

In order to get past this confusion, it is necessary to take a step back. Let’s first look at the historical beginning of what we‘ve come to call ‘neoliberalism’. Most magazines, left-leaning publications, politicians and academics place it at the end of the 70s, followed by the advent of the Reagan Thatcher era and it goes from there.

What people tend to overlook are the global rounds of debate over the evolving liberation of the global trade, under the roof of the General Agreement on Tariffs and Trade (GATT) and, since the 90s, the World Trade Organisation. Neoliberalism has its roots in the ongoing global political integration that followed the Second World War. This may have started modestly in the form of an agreement of minimising or outright abolishing tariffs between a few states (notably among the “Great Powers” and their WWII allies).

In fact, the discussions between British Prime Minister Winston Churchill, American President Dwight D. Eisenhower and Soviet leader Joseph Stalin included a strategy of facilitating global trade. This is because protectionism (or Mercantilism) led to conflict and proved to be far less profitable than hoped during the era of European feudalism up to the ascendance of capitalism (as David Ricardo proved). So now there had to be a conscious decision to put an end to protectionism, and facilitate the waves of global trade in flowing unobstructed. Ronald Reagan and Margaret Thatcher are only the faces associated with the logical continuity of that conscious effort and its political byproducts.

Reestablishing historicity over our era

This brings me to the second part of this reflexion. History used to be the exclusive characteristic of the ruling classes. Time remained cyclical for the nomad-turned-farmer human. But eventually, it became necessary for the rulers to partially share historical time with the underclasses – because of wars and as a tool of subjugation.

History, then, has so far been the history of class civilisations. And we are starting to see a step back from what was the standard: permanently settled workers with a sense of history. Now, the middle class has started to liquefy, the class of consumers and third sector economy workers in the lands of integrated capitalism, looking for work constantly and in different places. Every historic period had its rulers trying to perpetuate a double-faceted delusion: that their era of ruling was eternal and that the history of those rulers was partially the history of their subordinates, which obliged the latter to obey the former. Francis Fukuyama’s “The end of history” can attest to that claim in this era, after the collapse of the Soviet Union.

What is this generation of workers becoming then? Are we inheritors of history, which we should no longer consider as ongoing, while remitting to a nomadic lifestyle? Is time becoming cyclical for us again or is that also a delusion cultivated by the ruling class?

Neoliberalism, as the post-war (and not post-welfare state) phase of capitalism, is unifying the world.

The answer is that the ruling classes are now integrating. Their unique histories, therefore, also become integrated into one body presenting itself as the progressive and therefore fortunate culmination of history. Political power is presenting a unified front as the real antagonism is among the motivators of economy, the multinational corporations. Consequently, the workforce is becoming global.

The disappearance of tariffs also leads to the vanishing of borders. Neoliberalism, as the post-war (and not post-welfare state) phase of capitalism, is thus unifying the world. But it’s unifying it as workers-consumers in a global labour market that steadily becomes worse: consumption needs increasingly rise while work conditions become harsher. Meanwhile, political opposition is progressively pushed to a marginalised area created by the dominant narrative: terrorism.

The current wager – an era to be won

It is a unique opportunity to recognise the international nature of our generation and the global impact of our struggles. Young Europeans need to adopt a more 60s-like approach to their identity, losing the stigma of “the lazy generation”, the “unemployed”, the “spoiled”. Instead let’s embrace our historic position of living in a period where production of goods and living conditions are de facto easier to come by than at any other time, and yet the demands laid on them supersede those of generations past.

But this historic recognition can only be manifested by setting a political claim to the ruling class. More than demands, we need to claim immediate control of our lives and detachment from an economy that drives itself for the sake of driving itself. 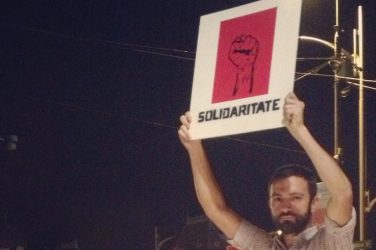 Ioana Burtea reports from the recent protests in Bucharest where the controversy of cyanide-based ... 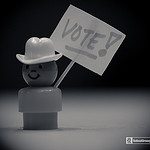 Recent protests have brought into focus the state of democracy in Eastern Europe and ... 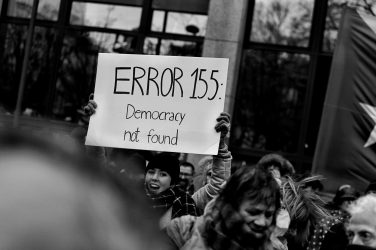 Recent economic turmoils in the European Union have raised questions about democracy, or the ...