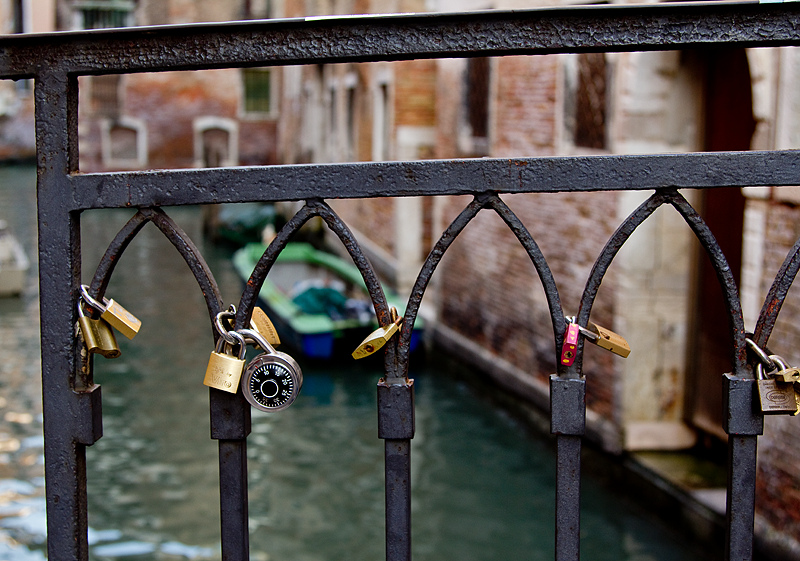 Probably the EU’s biggest success story, the Erasmus programme will celebrate its 30th birthday in June this year. As the embodiment of the ‘Erasmus generation’, we can testify to the programme’s incredible benefits in terms of language, culture, career prospects and fostering a sense of European identity that lasts for a lifetime. But Erasmus is also famous for the people it brings together: apparently, 1 in 4 Erasmus students met their life partner on exchange, and over a million babies were born from Erasmus couples in the past twenty years!

So, we’ve spoken with young Europeans about their experience of dating during their exchange and, to celebrate the programme’s anniversary, here are some of the stories, good or bad, challenging or fun, that make up the myth of “Erasmus Love”:

Erasmus was an eye-opener, that’s for sure. I knew that adjusting to French life wasn’t going to be seamless; the bureaucracy, speaking a foreign language, no shops on Sundays (still managed to shock me every week), but I hadn’t given much thought to the opposite sex. One particular encounter during my time in France will always stay with me, forever reminding me how cripplingly awkward we English can be. A drunken night out with my French flatmates culminated in me smooching one of their school friends, Louis*. My 21st birthday party was the following weekend and I extended the invite to Louis, banking on him not being able to come, as he lived about two hours away. Anyway, my birthday arrived and he came (apparently empty invites aren’t a thing in France). I did what any self-respecting person would do after a drunken snog- I acted like it never happened! My flatmate wasn’t happy with me and couldn’t seem to wrap her head around my not being interested in her friend, since I’d snogged him. A year later, she came to the UK for HER Erasmus, so she probably gained a bit more insight on binge-drinking and beer goggles.

*names may have been changed.

20, carefree and moving to Paris could only have led to a life of avantgarde, all consuming romantic escapades. I was as keen as can be to meet new people, spiral through the Parisian boulevards and perfect my French alongside boys and girls entangled in amorous predicaments inspired by French New Wave films. Safe to say, such romanticized, rosy expectations were soon to be gradually shattered.

At least at the beginning, the Erasmus parties were a long succession of broken English/ French conversations about food in everyone’s countries and countless other boring enumerations and reiterations of stereotypes and conventions. However, I lived with two French girls so had access to a pool of (overly) confident French men, some of whom liked to hit the nightclubs wearing smart shirts and occasionally scarves. Their heightened level of machismo definitely struck me in comparison to the more self deprecating boys I had met during my studies in London. On top of that, 90% of the time I went out, the stained reputation of Romanians in France gave way to many late night untasteful banter and long, poorly articulated and mostly nonsensical chats on immigration and difference with my (soon afterwards lost) romantic interests.

Nevertheless, Paris is a cosmopolitan metropolis, populated by people of all sorts; the leisure Erasmus allows is  a perfectly fertile ground to explore everything such a place has to offer. I eventually ended up befriending philosophy students from Latin America and kind of having my first bisexual experience. Less bohemian-sounding, I also ended up spending all my time gulping Get27 and White Russians in an O’Sullivans which arised in the midst of Paris’ central boulevards, and where my friend was working. There, British expats and international pint enthusiasts were gathering, reviving London’s (romantic) mores.

A similar politics of hooking up is definitely universal. I didn’t experience any “Erasmus Love” but maybe my chain of romantic catastrophes made me sink into that time and place (a less anxious Europe) a bit more than I would have otherwise.

20, carefree and moving to Paris could only have led to a life of avantgarde, all consuming romantic escapades. I was as keen as can be to meet new people, spiral through the Parisian boulevards and perfect my French alongside boys and girls entangled in amorous predicaments inspired by French New Wave films. Safe to say, such romanticised, rosy expectations were soon to be gradually shattered.

I must admit that my Erasmus was the most stereotypical experience ever but I do not regret it at all and I also must confess that I had an “Erasmus love” that lasted for two years, my ex- boyfriend. Everything started with the usual Erasmus partying style that means “getting drunk because I live abroad now”. I do remember some embarrassing moments at the beginning due to my cultural background made of conversations such as “You, Italians eat a lot of pasta!”, “Yes, at least I do and I love it…so what?”. Some benefits came out of my Erasmus: I had very muscular legs because of biking 16 km everyday (metro was too expansive for me in CPH!), my English got so much better and, as mentioned above, a new boyfriend! Yeah! A quite clumsy guy attending same class with me looking very far from the super-handsome blonde and tall Danes I was dreaming of. We met in a party and he was totally drunk. Because of his drunkenness he was following me everywhere in the club repeating the same stupid pick-up lines so I wanted to dump him and run away from him. However, when we later met in some other contexts, I realised that he was not as dumb as I thought. It happened also quite a few times that when we were just walking together somewhere, people were asking us if we were somehow related (he had dark hair as me). Once, we were eating in a kebab place and when the owner asked for whatever reasons if we were brother and sister, we said “Yes, we are!” and then we kissed. Our revenge! As overall experience, my Erasmus was great and still now I continue to suggest I to everyone.

Carl’s journey to his Erasmus experience is wonderfully haphazard. After secondary school Carl drifted around on different temporary jobs in his home town in western Sweden. He stumbled upon the opportunity to go volunteering in Macedonia through EVS, the European Voluntary Service, which is a part of the extended “Erasmus+” programme. In Macedonia he worked with local youth and taught them everything from Swedish to juggling. He wasn’t the only volunteer in the region, and during a lively conversation at a party with some other volunteers Carl got into an intense discussion with Elsa, a French volunteer who also lived in Macedonia. Not long after he and Elsa became a couple and they moved in together in 2013, when love proved to last. Today, Carl and Elsa are the quintessential “Erasmus couple” – they currently live in Elsa’s home town of Lille in northern France, after living together in Sweden for some time. Elsa is a lawyer at a law firm supporting refugees in legal matters. Carl works with customer service for a hotel booking site. “We live a perfectly ordinary life. We drink Belgian beer and eat good French food. Life can’t really get better,” Carl says. – As told to Jonas Ekblom.

I did what any self-respecting person would do after a snog – I acted like it never happened!

Studying abroad in the UK when I was 19 felt like true freedom at last after 2 years of classes preparatoires. Like my fellow French students, I had watched L’Auberge Espagnole five times and was ready to delve into a world of international flatshares and unending parties, punctuated by the occasional lecture. Well, that wasn’t far off the mark. At those parties copious amounts of alcohol were consumed and hookups were frequent, although romance was conspicuously lacking. When my friends and I learnt the English word “to pull” as in “attract” we turned seduction into a competition; I’m not proud of it but kids will be kids, aye? My experience wasn’t one of intercultural love and bilingual babies, but rather drunk fumbling in the dark corners of cheap clubs with sticky floors…. And I loved every minute of it! The raw, joyful immaturity of our behaviour, the relatively safe space in which to experiment with (in my case, I was a late bloomer) our budding sexuality without risking social disapproval back home, and most of all the feeling that there would be no consequences because this was an enchanted interlude and real life would resume once we got back. As if we never left and it was just a dream.

Going to Germany at 19 to study was a dream come true: I loved the country, its language and culture. I also had (ahem, have) a thing for skinny, blond guys, so it was my paradise. I was instantly attracted to everyone I saw. Turns out, the feeling was mutual and I was pretty successful (my Spanish girlfriends and I still joke about going to Germany for “sex tourism”). It wasn’t easy to explain some of the misunderstandings that happened: giving away my number without hesitating doesn’t speak about my promiscuity, I just don’t need to be chased, wined and dined. Spain doesn’t have a big dating culture: we typically drink, dance and kiss before any seduction can happen, and we tend to pay for each others drinks or food regardless of romantic/sexual interest. Stereotypes were also a problem and I had to explain that jealousy, loud arguments or loud sex are just things they saw in Vicky, Christina, Barcelona. All in all, I learned that love may be a universal language, but its dialects are still to be decoded.

It wasn’t easy to explain some of the misunderstandings that happened: giving away my number without hesitating doesn’t speak about my promiscuity, I just don’t need to be chased, wined and dined. Spain doesn’t have a big dating culture: we typically drink, dance and kiss before any seduction can happen, and we tend to pay for each others drinks or food regardless of romantic/sexual interest.

I waltzed into Erasmus thinking it was the perfect opportunity to meet someone and alas, FINALLY, perfect my German. I thought what better way to become fluent and to finally master the language I had been battling with for so long, than to find someone that would force me to speak it 24/7, correct my mistakes, teach me vocabulary and ,most importantly, proof-read my essays?! Boy, was I wrong. It took a string of awkward, and exasperatingly terrible Erasmus parties including conversations in horrifyingly neon-lit club corners and giving an infinite amount of fake numbers. Also having practically been followed by one “admirer”, after having been essentially stalked for an entire night at a party by said “admirer”, I came to the cruel realisation that this Erasmus would not in fact not be the experience where I was going to to realise all my romantic dreams and aspirations. Quite the opposite. One too many pick-up lines including pasta and pizza references – I was not impressed. The cultural exchange intrinsic in the Erasmus experience, whilst one of the most incredible and enriching experiences of my life, more often than I imagined consisted of dealing with reductive stereotypes based on nationality.
Cover photo: Chris Beckett (Flickr); Licence: CC BY-NC-ND 2.0
Other articles by the author
Popular Tags
Europe | travel | EU | feminism | sex | politics | Germany | women | gender | culture | democracy | UK | sexism | russia | brexit | art | Ukraine | humour | covid-19 | Italy | france | satire | love | Racism | Poland | eastern europe | European Union | interview | relationships | history | 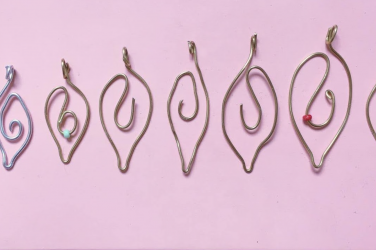 Interview with the Clitsclub: Jewellery with a sexual education twist

Did you know that there are more than 8,000 nerve endings in the tip of the clitoris ... 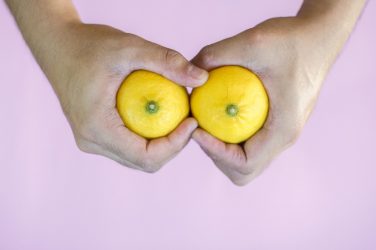