“A woman who writes has power. A woman with power is feared, In the eyes of the world this makes us dangerous beasts”.

Let’s face it – nobody likes an outspoken woman. Expressing an opinion, and god forbid – expressing anger regarding any form of injustice perpetrated against them is considered annoying, too angry, too loud, uninformed –  the list goes on. Today, more and more people who recognise as female speak up sharing their experiences of womanhood and the multiple and intersecting factors of discrimination we face. But the question remains, rather than listening to these voices and moving forward together for a more inclusive society why are our voices systematically silenced, ridiculed and crushed? And what is it like to be an outspoken woman and is it worth it?

To deprive someone of a voice, is to deny them of their most fundamental human right – that of sharing their story and self-determination. Rebecca Solnit put this beautifully in an article for the Guardian earlier this year on how “Violence against women is often against our voices and our stories. It is a refusal of our voices, and of what a voice means: the right to self-determination, to participation, to consent or dissent; to live and participate, to interpret and narrate”. She goes on to expand on this by explaining that domestic abuse, a date rapist refusing to let the “no” of his victim mean what it should, rape culture determining that a women’s testimony means less than that of her abuser, anti-abortion activists repressing the self-determination of women are all systematic products of our patriarchal society which systematically silences women. This sheds considerable light on the systemic oppression of the voices of women, in a system which classifies us as inferior, deems our stories unreliable, unnecessary and unfounded – thus effectively casting us aside.

Against this background, we begin to understand how the outspoken woman challenges the very foundation of a patriarchal society founded on the basis that the voices, opinions and stories of white heterosexual men are inherently superior. Here it is necessary to expand that naturally the situation is more complex than this, there is such a thing as a male ally that give women the platform and listen. Most importantly, womanhood is too broad a term to describe the discrimination suffered by all woman as one. People have different experiences of womanhood, and for some the sexism they experience is then compounded with systemic racism, homophobia and ableism.  These multiple and intersecting forms of discrimination are then so embedded in society, that naturally the outspoken woman seems something out of the ordinary and irritating. Also, the idea that a woman, rather than fitting into the stereotype of the caring, nurturing mother figure can be opinionated, loud and angry makes the outspoken woman even more of a threat to the status quo – step by step dismantling deep rooted principles of patriarchy and pushing for equality and justice.

Unfortunately, whilst most outspoken women challenge these stereotypes – some notorious female conservative names such as Ann Coulter, Marine Le Pen, Giorgia Meloni, Frauke Petry, to name a few, add a more controversial dimension to this debate. These, are outspoken women that use their platforms to debase minorities and promote hateful agendas. These actively use this hate against the outspoken woman as a shield, claiming they are the oppressed, as an excuse to campaign for the oppression of others. This perhaps is the only real threat posed by the outspoken woman – the one that defies the stereotypes feigning progress whilst pushing for a more backward, inward, exclusive and violent society.

Tempested with online abuse, death threats, slurs, intimidation, the outspoken woman campaigning for social justice perseveres in the face of it all. Accounts shared by various women online such as Laurie Penny, Ijeoma Oluo, Mona Elthahawy, Munroe Bergdorf – to name a few put into perspective to what extent women activists are targeted for their activism. What I have found was always incredibly inspiring was their perseverance, calling out and naming and shaming their abusers – reminding generations of young people of a woman’s right to her say and to continue to avidly defend this.

Ever since I was a little girl, I have been inspired by my mother, sister and father regarding this issue. Ever since I can remember, my mother and sister have always been the most learned, passionate and driven women speaking up in the face of injustice. My father, always encouraging us to speak up for our rights, and reminding us that our opinions are worthy and invaluable. And in my short experience, of receiving abuse over twitter, being demeaned and treated as lesser based on my gender – this is a constant source of strength for me. Following women such as those that I listed above, strong women campaigning for social rights and actively speaking out to deconstruct institutionalised injustice serves as a daily reminder to me that myself and my opinions are indeed worth it. Don’t allow the internalisation of this system to silence yourself or other women. For those who do not recognise as female and wish to become an ally – listen, engage and amplify the voices of those who struggle against these oppressive systems so that, together, we can move forward. For those who recognise as female but fear the repercussions – embrace it, join the fight and become one of Gloria Evangelina Anzaldúa’s dangerous beasts, wielding their words to dismantle a system that refuses to acknowledge everyone as equal. 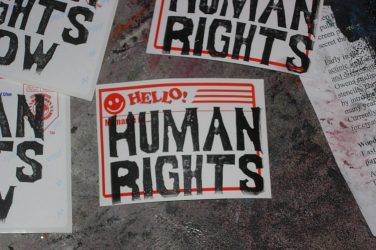 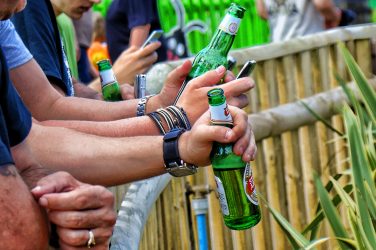