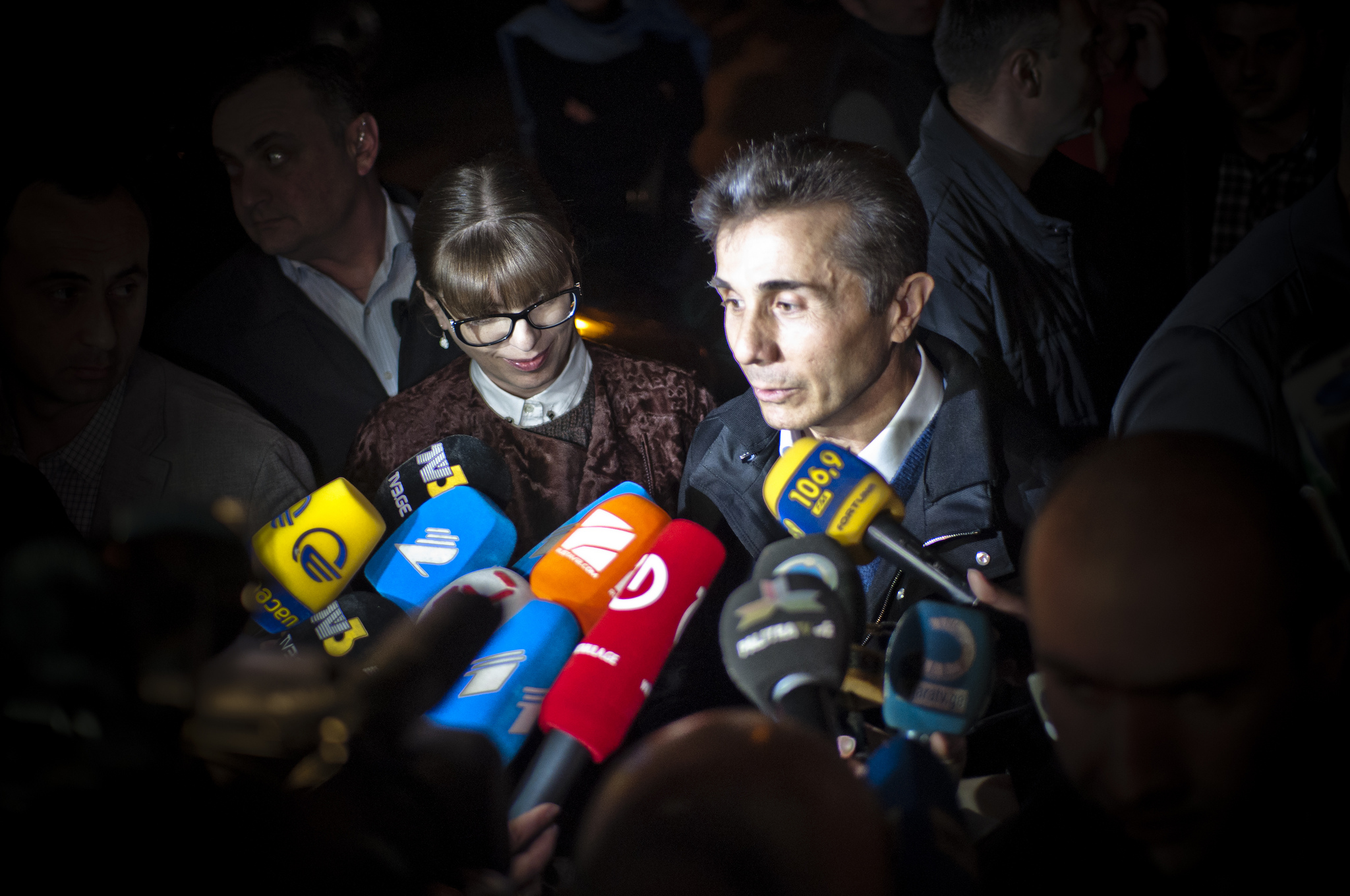 The recent presidential elections in Georgia and Azerbaijan have put the South Caucasus back under Europe’s spotlight. Energy prospects, unresolved conflicts and human rights issues continue to shape the region’s politics and hinder their relationship with the EU. E&M asks what prospects for change are there in 2014?

The electoral process and political outcomes of the recent elections in Georgia and Azerbaijan couldn’t have been more different. While the smooth power handover in Georgia from Saakashvili’s United National Movement (UNM) to the ruling Georgian Dream (GD) Party reflects the country’s steady democratic development; Ilham Aliyev consolidated his power in an election with little serious opposition in Azerbaijan. That isn’t to say that either outcome was a surprise.

Giorgi Margvelashvili’s victory in Georgia was the first ever democratic change of the Georgian executive after Prime Minister Bidzina Ivanishvili’s victory in October 2012. Equally, Aliyev’s victory was never put in doubt and reflected voter intimidation and fraud, as happened in the past. In the face of the persisting unresolved conflicts around Nagorno-Karabakh, South Ossetia and Abkhazia and increased engagement by both the EU and Russia, it is worth assessing the impact of regime continuity and change in Azerbaijan and Georgia has affected regional prospects.

Ilham Aliyev commences his third presidential term at a time when Azerbaijan is undergoing an elementary transition as an energy producer. Oil production has been falling since 2010, marking a six per cent decrease year-on-year because of a depletion of onshore oilfields.

But simultaneously, Azerbaijan is about to become a major gas exporter. Within the first month after Aliyev’s re-election, he issued a decree on the measures to be taken for transportation for gas from the Caspian Sea to Europe along the Southern Gas Corridor. This included a number of measures to further connect Azerbaijan with Europe through Turkey via the establishment of the Trans-Anatolian gas pipeline (TANAP) and Trans Adriatic Pipeline (TAP), as well as the extension of the South Caucasus Pipeline. Under current agreements, Azerbaijan plans to export 10 billion cubic meters of natural gas to the EU starting from 2019.

Aliyev’s actions have consolidated Azerbaijan’s role in the European Commission’s energy diversification strategy, established to decrease EU dependence on Russian gas imports and therefore support greater energy security for the region. This convenient relationship has emerged because the EU’s demand for a diversified energy mix is just as pressing as Azerbaijan’s need to receive foreign investment in order to develop its non-hydrocarbon sectors. Moreover, as long as there is no Trans-Caspian Pipeline connecting Azerbaijan with the lucrative East Asian markets, Europe remains the primary natural gas market for Baku.

As a consequence, the greater interconnectedness between Europe and Azerbaijan, it is also hoped, will support existing EU efforts for the enhancement of good governance and the rule of law in Azerbaijan through the Eastern Partnership. Following the protests and crackdowns that accompanied the Eurovision song contest in Baku in 2012, it remains to be seen whether the EU will have any real impact in the short term.

Azerbaijan’s willingness to implement domestic reforms should not be overestimated, even if these do not necessarily focus on human rights. Alijev was able to considerably increase the size of the national economy, fuelling a dangerous arms race between Armenia and Azerbaijan that has been going on for years. Incidents along the Nagorno-Karabakh ceasefire line frequently occur as well as recently in areas remote to the disputed enclave, as reports show.

During Ilham Aliyev’s first two presidential terms, the conflict remained frozen but rapprochement efforts didn’t bring lasting improvements. On the contrary, public opinion in Armenia and Azerbaijan towards each other is extremely negative as polls show. Historical grievances are fuelled by aggressive statements made by leaders of both countries. Common sense would suggest that Aliyev is aware of the high risks and is rather pursuing nationalistic rhetoric to strengthen his own political position.

Aliyev will face a number of challenges in his next term if he continues to pursue this military posturing. Firstly, Russia successfully brought Armenia under its sphere of influence in the last year. Moscow both provides subsidized gas supplies to the landlocked, resource-poor country and concluded security guarantees with Yerevan. Azerbaijan saw the outcomes of military confrontation with Russia when its direct neighbour Georgia cut down to size in 2008.

Secondly, even the energy-hungry European countries would clearly condemn military aggression by Azerbaijan, and any further steps in that direction would be met with severe criticism. Handling the UN would also be challenging as they would make any future attempts of settling the territorial question by referring to international law impossible. Finally, in the event of defeat or stalemate, public opinion might turn against Aliyev and question his leadership.

At first glance, Georgia’s prospects in 2014 appear more positive. The ousting of Saakashvili’s Party as the primary political force in the country through a fairly transparent democratic process has created a strong position for Tbilisi as an aspiring associate of the EU. It is not clear however that this will be the direction the country will be heading to.

First, Prime Minister Ivanishvili stepped down from office just one year after being elected to make room for a newcomer. He hand-picked 31-year old former Interior Minister Irakli Garibashvili as his successor, who became head of the government with full executive authority over domestic and foreign policy. Observers repeatedly stressed the illicit influence Ivanishvilli is likely to exert on the new political leadership in Georgia, given his fortune of 5 billion USD and central role in forming the anti-Saakashvili opposition.

Observers repeatedly stressed the influence Ivanishvilli is likely to exert on the new political leadership.

There therefore remain serious questions over whether a raw semi-democracy as Georgia can remain unaffected by a prepotent figure with personal ties to the government. Ivanishvilli himself has stated his desire to develop a healthy civil society after his short political career, and it is his own personal interpretation of this concept that may have considerable impact on the country’s development.

Stuck between Russia and the EU

The new leadership is facing the challenge of balancing Russia and the EU’s influence over Georgia. The reorientation of Georgia’s external relations began under Ivanishvilli, who, despite expectations, did not abandon plans to join NATO in the face of Russian opposition and began to foster rapprochement with the EU. Georgia recently signed an association agreement with the EU in Vilnius, marking an important step for the pro-European politicians in Tbilisi.

At the same time, relations with Russia eased slightly because of the resumption of Georgian wine and mineral water exports in 2013, doubling overall exports to Russia during the first half of this year. Trade suspensions by the Kremlin were one of the most severe repercussions for Georgia after the South Ossetia conflict in 2008 and the new Government will focus on ensuring stable trade flows with Georgia’s northern neighbour. This will require strong diplomatic skills, as Russia bristles against the region’s ongoing negotiations with the EU. Ukraine’s recent case of a halted EU association agreement illustrates perfectly how geopolitical shifts drive a wedge between Europe and Russia.

Georgia is not only vulnerable to economic pressure from Russia; it also relies on its goodwill in maintaining any hope for reintegrating the breakaway regions of Abkhazia and South Ossetia in its territory. Russia acts as the protector of these largely unrecognized countries and demonstrated in 2008 that a military solution to these conflicts will not yield a resolution. A poll in Georgia from 2011 however shows that only 12 per cent of Georgians considered unresolved territorial conflicts to be the major issue the country is facing. Garibashvili might therefore be able to count on public approval if he was to relax relations with these territories, in favour of their de facto state.

The electoral outcomes in the South Caucasus certainly don’t support gains in EU Foreign Policy aims across the region. Territorial conflicts are unlikely to be resolved and the geopolitical standoff with Russia will only intensify as the EU’s influence in the region continues to rise. With this in mind, Brussels should see the most recent developments in the region as a chance to recalibrate its strategy.

Both Azerbaijan and Georgia see the potential of higher economic exchange with the EU.

Both Azerbaijan and Georgia see the potential of higher economic exchange with the EU and the prospects of the Southern Gas Corridor are high, connecting both countries to Europe’s energy network in the next decade. In response to these opportunities, the winning formula for the EU could be through an encouraging and assertive strategy. Shortcomings in human rights and the need for good governance reforms in all South Caucasus countries should be openly addressed but the EU must also convincingly present itself as a better regional leader than Russia.

The challenges facing the EU in the South Caucasus may seem more feasible with regards to Tbilisi than Baku but Europe is already Azerbaijan’s most important trade partner. This privileged position could provide leverage to help pursue EU foreign policy aims and push Azerbaijan to reform. Progress will remain tentative in 2014 but an enhanced European commitment and engagement in the region can draw prospective results for all.

Simon Schmidt, the author of this piece, is involved in setting up a new think tank ‘Eurasian Ideas’, launched 1st January 2014. To concide with the launch of this project, it was agreed that this article would also be made availible here. 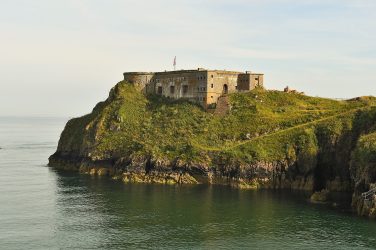 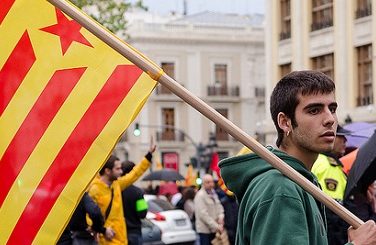 Scotland, Catalonia, and the Balkanisation of Spain 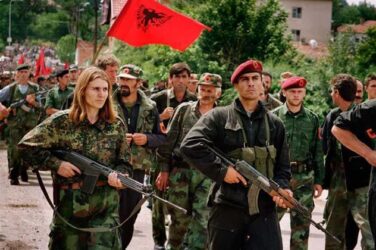