Just recall the image of a hot summer’s day in Berlin when President Barack Obama stepped in front of the Brandenburg gate. Chancellor Merkel was sitting comfortably beside him. After a few moments, Obama nonchalantly takes off his jacket stating “[we] can be a little more informal – amongst friends.” Back then these words sounded like a weak attempt to schmooze the German audience, as those special transatlantic ties had been dampened by the the news stories on PRISM, only a few days before.

The question is whether Europeans will continue to see this practice as a burden on their relationship with the US not just between governments, but also between the people and their trust in their heads of state. Most important of all: Are Europeans really the victims of the USA’s global spying network? And, how much privacy should be sacrificed for security?

Merkel’s anger was palpable when she stated this kind of spying was “simply not done”.

For all intelligence agencies, September 11th 2001 represents the key turning point for spying efforts conducted across borders, spilling over to allies and perceived threats alike. As John MacLaughlin, former Director of the CIA, points out, part of the planning into the attacks was organised in Europe, justifying, in the minds of Americans, increased surveillance in that area.

Here, the infringement on privacy laws is seen as a necessary cost to achieve security – a relationship, that, as law professor Daniel Solove has pointed out, remains flawed in US society and above all politics. Here, the constitution has no real scope or obligation to protect the privacy of its citizens. More specifically, in the US, law enforcement officials have no oversight of the privacy issue: the scope of the 4th amendment, which supposedly protects the citizen from government’s harm and intrusion, is too vague and can consistently be circumnavigated. This stands in stark contrast Germany’s basic law that clearly mandates for the privacy sphere under the personal rights act.

Although Merkel’s anger was palpable when she stated this kind of spying was “simply not done”, the lack of concrete action at either a German or European level does not match her words. More than anyone, it is the German interior minister Friedrich and opposition leaders, who have demand changes in the US & German relationship. Resorting to old Cold War tactics, he has suggested expelling US diplomats for breaching German law on German soil. Others, such as opposition leader of the left party Gregor Gysi, even urge Merkel to grant asylum to Edward Snowden in a show of defiance to US expectations. These suggestions have done little to move Merkel. Instead, she has reiterated the primacy of working with the US in order to “re-establish trust in the transatlantic relationship.”

Prominent members of the European Parliament have called for John Kerry to come and apologise.

Rebuilding this trust will be difficult. Prominent Members of the European Parliament, namely Guy Verhofstadt, have called for Secretary of State John Kerry to come and apologise to the European public for spying on faithful allies. This will never happen and the mood in Brussels remains bleak towards the US.

Perhaps the biggest damage done to the US-EU relationship tough has been the overshadowed trade talks of the transatlantic trade and investment partnership (TTIP). The TTIP round talks, understood as a mechanism to push the sluggish eurozone economy onto the path of recovery, and deepen free trade to new integrated levels, has been largely forgotten in the face of the spying scandal. As spokeswoman for the European Commission Pia Ahrenkilde pointed out in the run-up to the next negotiation roundtable, public pressure is now on EU negotiators to set high standards for data protection, an area that the US has little interest pursuing.

Yet, claims of ‘foul play’ from European politicians should be met with a critical eye. The outrage may have spiraled out of control but actual decisions to review data protection laws in the European parliament have been delayed till 2015. This hypocrisy, as stated by a New York Times article, stems from the economic interest in supporting a strong technology sector. A key clause is how governments should handle private company’s client data and whether they can subpoena this.

Decisions to review data protection laws in the European Parlaiment have been delayed till 2015.

News magazines such as Spiegel, have consistently reported that both Merkel’s and Cameron’s discussions have been in favour of gaining rights over this, suggesting that technology companies will benefit from light legislation. This dynamic demonstrates how difficult it is becoming to uphold transparency in relation to data protection legislation while supporting a lucrative industry. This conflict will certainly reemerge in future rounds of the TTIP negotiations with the US.

Still, the US-German friendship in particular appears to be hanging by a thread. A lack of coherent explanations by President Barack Obama as to why allies had to be spied on at such levels, reveals, as Ana Palacio recently pointed out “America’s strategic blindness”. Until now, the US has used a reactive approach as a framework for foreign policy. Little of its strategic cooperation is based on a multilateral level.

Never have leaders of EU countries been so disappointed in the US friendship, and it will take a lot of time to recover from this shock. The only gesture that still signals the salience and understanding of the transatlantic relationship from Germany’s side, is Merkel’s refusal to grant Snowden asylum.

It is unlikely that Snowden will come to Germany, despite the University of Rostock already offering to hand Edward Snowden an honorary degree. This might show how strong the German public feels about this issue but more importantly demonstrates the distance Angela Merkel is willign to step away from her own country’s emotions on this issue. The heated debate in the Bundestag may have called for putative actions against the US, but the transatlantic relationship is far too diverse and beneficial for Merkel to take real action.

Jeremy Corbyn and the rise of acceptable socialism

In September 2015, much to the surprise of political commentators across the United Kingdom, ... 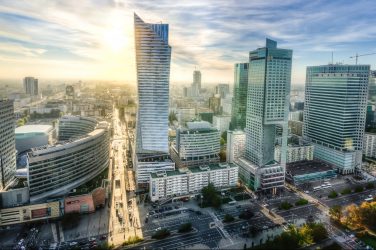 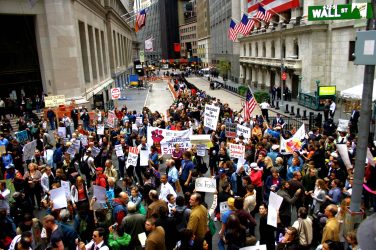 Welfare State: a possible reality or a utopian dream?

What is a welfare state? “Welfare state” derived from the notion of “fare well”, ...