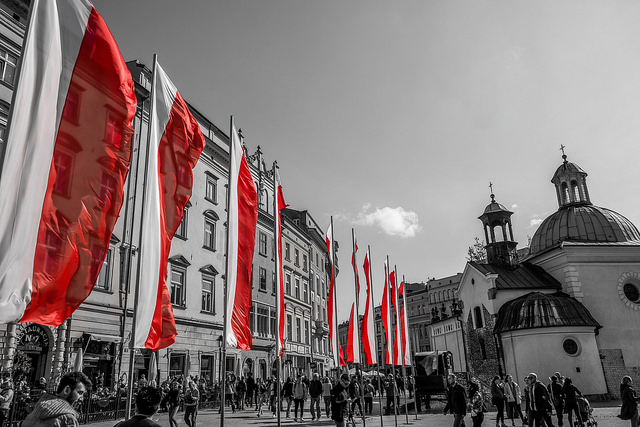 Earlier this year, Poland’s Law and Justice party (PiS, for short) passed a law on Holocaust memory, which received widespread condemnation. The law criminalised accusing Poland of being complicit in Nazi crimes during the Second World War. Last week, however, PiS backtracked and amended the law only five months after it was passed, changing it from a criminal offence to a ‘civil’ matter. In other words, they backed down.

The episode has done little to avail the reputation of the right-wing, nationalist PiS party, an increasingly illiberal political force within the European bloc. Moreover, it revealed very clearly that politics, rather than the noble defence of national pride, underlay both the PiS’s use of history and the law, and its subsequent reversal.

Poland’s Institute of National Remembrance law stated: “Whoever accuses, publicly and against the facts, the Polish nation, or the Polish state, of being responsible or complicit in the Nazi crimes committed by the Third German Reich… shall be subject to a fine or a penalty of imprisonment of up to three years.”

The law alarmed many in the international community (and domestically) who saw the measure as not only a continuation of Poland’s illiberal trend but also as historically dubious. Indeed, it is well known that Poles suffered enormously under their Nazi (and Soviet) occupiers during World War Two with five million Polish civilian deaths, including three million Jews. Yet, while a considerable number of Poles saved Jews, a not-insignificant number of Poles were also complicit in the Holocaust.

Historians have been examining the complicity of Poles in the Holocaust for some time now, so why has PiS tried to criminalise something that has been shown to be true? And why now?

The law challenged the adage that history should be the preserve of historians and scholars, rather than of lawmakers and governments. When historical narrative and politics become intertwined, the result is almost always a misleading, ersatz history of a nation rather than a version of the past based on historical evidence.

So was the case with Poland’s Institute of National Remembrance (IPN) law. While outwardly justifying the measure as a check against incorrect and offensive historical narratives, such as when Barack Obama used the insensitive phrase “Polish death camps” when referring to Nazi death camps in German-occupied Poland, the more cynical motives of the ruling Law and Justice party were thinly veiled.

PiS is a right-wing, nationalist party; and, recently it has been under heavy European criticism for sharply veering away from the western, liberal values that Poland led and championed in the democratic transition following communism’s fall in 1989. It is easy to see why the government would want to bolster the moral, national and historical roots of the Polish Right.

The Holocaust law was a defence of the reputation of the Polish nation, the Polish Right, and the PiS’s political claims to lead and defend Poland.

If Nazism epitomises the evil potential of the Right, then it is understandable that PiS want to distance themselves from the collaboration and complicity of right-wing Poles during the Holocaust. After all, PiS purports to stand for Polishness and what constitutes the Polish nation; the Holocaust law was a defence of the reputation of the Polish nation, the Polish Right, and the PiS’s political claims to lead and defend Poland. Given the importance of the brutal Nazi occupation of Poland and the Holocaust to its national identity and national memory, what better way to create this historical distance than by criminalising the very connection itself?

Yale history professor, Timothy Snyder, has written at length about how Polish governments have addressed and manipulated historical memory over the years. Generally, Snyder notes, ideal national histories envision the nation as “behaving in the past according to the beliefs of present nationally identifying people. … In every case, the malevolent neighbour rather than any weakness in the nation is to blame.” Contrary to the cleansed narrative enshrined in Poland’s Holocaust law, historical evidence reveals a Polish wartime history that is highly complex and resists the moral simplicity and cleanliness of collective innocence in Nazi crimes.

As clear as were the law’s origins in political expediency, so too was its amendment last week. The Polish government caved-in to overwhelming condemnation from the international community, most damningly from Poland’s long-term ally, Israel. In April, Israeli President Reuven Rivlin told Poland’s president, Andrejz Duda, that it was historically undeniable that “Poland and Poles had a hand in the extermination” of Jews during the Holocaust. Speaking more broadly, Israeli Prime Minister Benjamin Netanyahu called it an “attempt to rewrite history,” while France’s Foreign Minister, Jean-Yves Le Drian, similarly warned, “You should not rewrite history, it’s never a very good idea.”

What is interesting about Israel’s fierce condemnation of Poland’s Holocaust law is how strongly Israel relied on using historical narratives and law for its own nation-building programme.

Hannah Arendt, who famously reported on the 1961 trial in Jerusalem of Adolf Eichmann, a key architect of the Nazi Final Solution, heavily criticised the way in which history was misinterpreted and manipulated by the Israeli state to justify its own claims to nationhood. Indeed, Arendt called it, “bad history and cheap rhetoric.” At the Eichmann trial, then-Israeli Prime Minister, David Ben-Gurion, declared, “It is not an individual that is in the dock at this historic trial, and not the Nazi regime alone, but Anti-Semitism through history.” Netanyahu’s criticism of Poland’s “attempt to rewrite history” was the same thing that so-enraged Arendt half a century before.

National histories aim to cleanse the nation’s past and legitimise the political foundations of national statehood. Though the stakes were far higher in Israel during the 1960s, the underlying political motives, in both the case of Poland and that of Poland’s harshest critic, remain the same.

Following the collapse of eastern European communism in 1989, Poland changed its stance on national history for fundamentally political reasons. It set aside historical enmity against Ukraine, for instance, as well as the question of historical borders with both Ukraine and Lithuania in favour of the political interests of the future Polish nation. At the same time, Snyder notes, Poland sought to leave the more difficult and complex questions of history to historians, following the example set by post-war western Europe. Poland’s handling of historical memory in 1989 demonstrated its maturity to its western European neighbours, and therefore its readiness for full integration into Western institutions. Poland recognised that historical memory was a political imperative and its reconciliatory political stance was mirrored by its approach to national history.

But that was then, and the Poland that led the democratic transition bears little resemblance to today’s Poland governed by the PiS. Now in the club, it seems that Poland no longer feels the political incentives to exhibit liberal, western European values to its neighbours.

While Poland has undergone significant transformation in the three decades since communism fell, it has continued to approach history through the lens of political expediency. PiS’s Holocaust law attempted to establish a historical narrative of wartime purity and innocence that is incongruous with historical evidence. Moreover, PiS was unable to mount a convincing argument that such a history was in Poland’s national interests. Rather, it merely served the political interests of the governing PiS party and the Polish Right. And, last week’s reversal highlighted just how little they benefited from it at all. 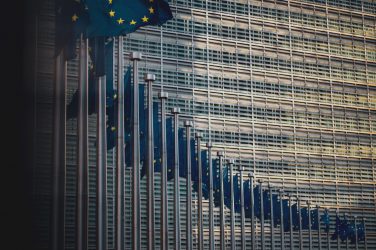