In days of old, coming of age rites consisted of surviving on your own in the wilderness. Nowadays, it would seem that this process is mirrored in numerous ways. E&M explores the perils that western youngsters face in their journey to adulthood.

In pre-colonial times, adolescent Australian aborigines came of age through the mystic rite of passage named Walkabout. In order to complete the rites successfully, the person was sent into the vast expanse of treacherous wilderness which Australia offered and had to survive for a certain period of time. If they came back, they were vested with all rights, privileges, and responsibilities of an adult member of the societal group. And given the wide array of deadly animals down under, chances are those who came back also had some quite exciting stories to tell their peers.

During the current times of turmoil in Europe, home to an allegedly more advanced civilisation, certain parallels can be drawn between this supposedly primitive rite of passage and the manner in which the Western youth of today comes of age. And the sheer beauty of it all is that it happens all within the boundaries of an ever expanding union. European youngsters need not look as far as the Australian or African desert, the Siberian taiga, nor to the Paraguayan pampas to begin their spiritual journey: they can begin exploring the burdens of adulthood and responsibilities of independent choice visa-free in one of the (relatively) small countries that form the eastern part of the European jigsaw.

For the modern-day Walkabout doesn’t entail being left alone in the wild, evading deadly beasts, nor finding your way by the stars; at least not in the conventional way. Today, western adolescents come of age by making a trip to the eastern parts of the EU. In their final years of high school or just before university, without the safety of their parents’ guidance, disembarking the low-cost flight to any resort in South-eastern Europe, they find themselves in a world they had only dreamed of before: cheap drinks, rampant debauchery, and no social inhibitions. The actual rites of passage consist of succumbing to those temptations only to the point of living to tell the tale and eventually mythologising the experience.

They find themselves in a world they had only dreamed of before: cheap drinks, rampant debauchery, and no social inhibitions.

The choice of destination is easily justified in three words: cash/lash ratio. The Swedish government, say, was perhaps right to impose such a high tax on alcohol, if the affordable alternative in such a climate would result in nation-wide inebriation, as their Russian neighbours would suggest. Yet history has still to see a case of an adolescent coming of age without the aid of a drink in some way or another. Hence it makes much more sense to visit a place where you can get roughly six to eight times the amount of alcohol for the same price, not to mention sampling local liquors.

The European Walkabout obviously has its risks, quite comparable to those of being bitten, stung, poisoned, or eaten by some god-forsaken creature with a name exclusively in Latin. Ending up the massive night out in detox is the best thing that could happen to you. Losing your wallet, smartphone, tablet, or other forms of banter tax is still not too bad. Thinking you’re a real lad and jumping off the 10th floor, imagining that there is a swimming pool below, and possibly considering yourself a golden god, however, is taking it a bit too far. True story: statistics show that no less than 24 young Brits met their death in a similarly desultory manner in Bulgarian resorts in the summer of 2012 alone, prompting the UK embassy to launch a campaign on the dangers of intoxication in Eastern Europe. Not everyone makes it through Walkabout.

The girls’ clothing and behaviour always leaves tourists a tad perplexed. Often coming from places where climate sexualises as much as a naked ankle, the scantily dressed lassies are nothing short of a visual feast. What the youngsters often can’t seem to get right is to discern whether there is a remunerative aspect to the ladies’ positive attitude towards them. Either way, what happens in Thessaloniki, they say, stays in Thessaloniki; and besides, such debauchery is a vital part of the rites of passage, even if you wouldn’t share it with your parents afterwards.

It is only natural that the whole experience and the respective banter should be mythologised in one way or another. Disgraceful blurry images of vomit on facebook are a must, but hardly enough. Danish youngsters have resolved that issue by creating a whole reality TV series about the experience of teenagers going to Sunny Beach, Bulgaria. Interviews with unsuspecting blond Danish teenagers are as interesting to watch as the outrageous events themselves, often presenting the relation between expectations and actual experiences. “It was certainly amazing, although I wouldn’t tell all of it to my mom,” mused 18 year-old Jorgen in one of the episodes. Tough luck, as everyone saw him claiming to be an okapi giraffe in the previous scene. Walkabout unleashes priorly unknown desires in the adolescent.

In the end, sooner or later, the rites come to an end, and the survivors board the flight back home to Malmö, Luton, or Bonn. They are left not only with the memories – and blanks! – of their stay, but with a sense of spiritual superiority towards those who have yet to commence the European Walkabout. The surreal events are best left expressed with a knowing wink between experienced conspirators. 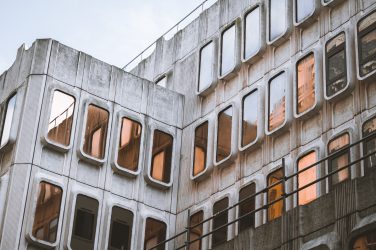 What brings you here, love? Got tired of the virus? Got the virus? Don’t ... 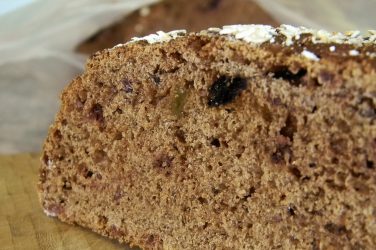