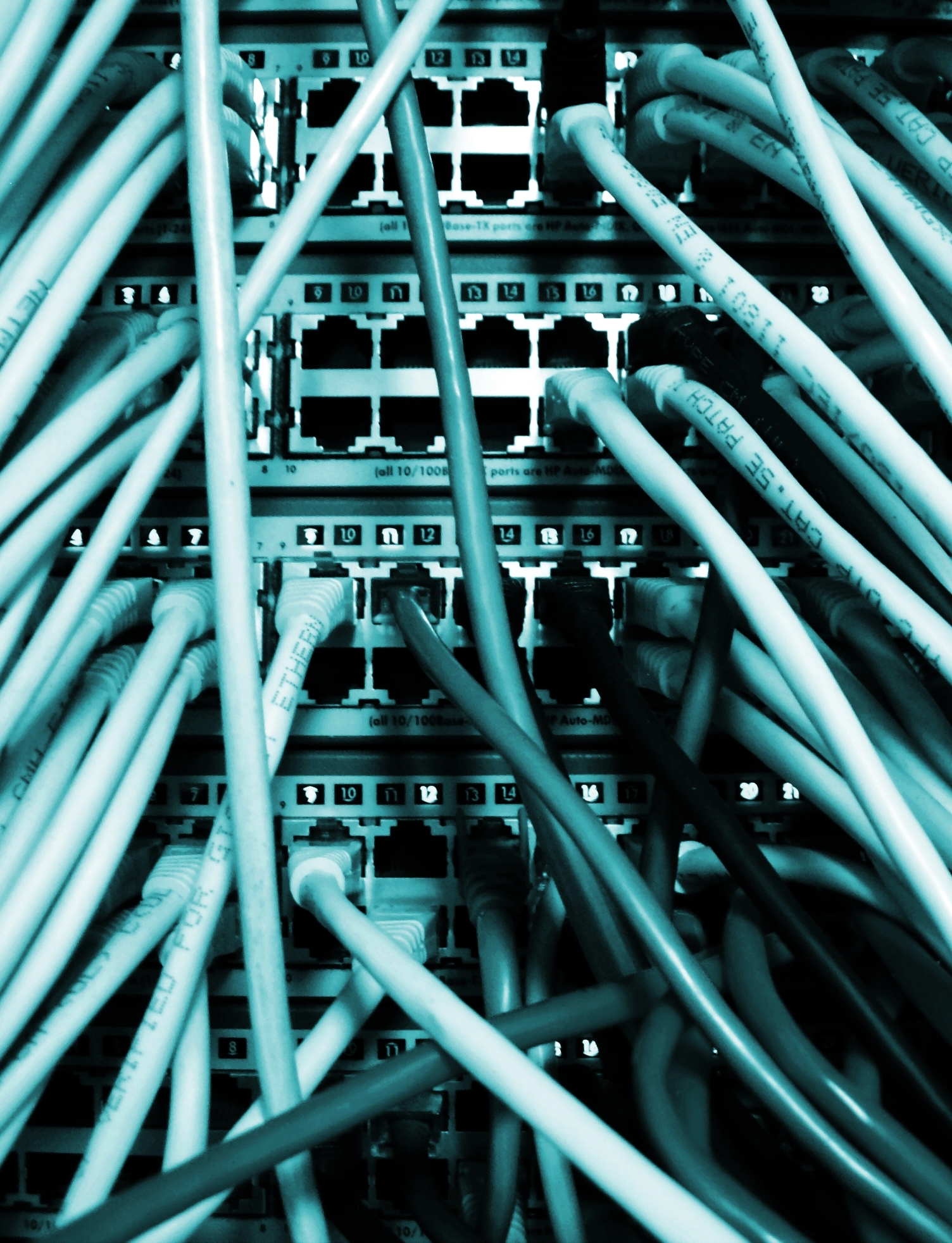 After the formation of a European Pirate Party, the former Anti-Copyright-Organization is working towards joint participation in the 2014 European parliamentary elections. Is this a milestone towards a new level of democracy in Europe?

No political party has gained so much popularity over the recent year as the Pirate Party. In Germany, they managed to enter four state parliaments and are expected to do well in the federal elections of 2013. On a European level, delegations from 25 countries met this year in Prague to discuss the preparatory steps of establishing a unified European Pirate Party. Clearly, the former Swedish Anti-Copyright-Organisation is on the way to become a significant European movement. However, while a European Pirate Party could be a milestone towards a new level of democracy, there is a lot of skepticism regarding the party’s actions and goals. After all, some claim that its popularity derives from a misleading image that will vanish eventually.

Origin, ideas and goals of the Pirates

The Pirate Party was founded in Sweden in 2006. The initial demands formulated in the party’s program included the reform of copyright laws, the abolition of patents and the removal of the Data Retention Act. Even though they couldn’t achieve a notable result in the 2006 Swedish parliamentary elections, youth branches and international connections marked the basis for their rising popularity. In 2009, the Swedish party gained 7.1 percent of the votes in the national elections plus a seat in the EU parliament. In the following year, Pirate Parties International (PPI) formed as an umbrella organisation for 22 national branches.

What seems like the “natural” evolution of a party might in fact be regarded as a sign of a paradigm shift in European politics; this year’s PPI congress in Prague had a far-reaching goal on its agenda: the formation of a European Pirate Party. As an outcome of this congress, the national parties agreed to campaign together and to work towards joint participation in the 2014 European parliamentary elections. If this goal is achieved, the Pirates would represent the first bloc in the European Parliament which isn’t composed of a variety of parties from a specific political range but by a single party that operates in most EU member states. The Pirates could tackle the widely discussed ‘democratic deficit’ of the EU by connecting the decision-making process in the European Parliament with the national party branches, thus improving its legitimacy and accountability. Moreover, an arising supranational party system could shift the current structure of European politics from competition of national identities and governments towards contestation without national affiliation.

The Pirates might have the chance to initiate a true European Movement which can combine national representation and supranational initiatives – an aspect which seems even more convincing because of the solutions and ideas the party is offering in regards to direct democracy.

For some, this idea of one party operating across national borders and elaborating legislative decisions through the EU parliament might sound disturbing and dangerous – especially against the background of the infamous legacy Cominform, which operated across the Eastern Bloc. On the other hand, the Pirates might have the chance to initiate a true European Movement which can combine national representation and supranational initiatives – an aspect which seems even more convincing because of the solutions and ideas the party is offering in regards to direct democracy.

The Pirate Party entered the political stage with highly promising innovations: transparency and participation – ‘basic democracy’ as Pirates member Matthias Schrade calls it. This is not only an empty concept; the Pirates are using quite innovative methods and tools to optimise democratic processes. For internal polls and decisions, the party uses a software tool called ‘liquid feedback’. ‘Liquid feedback’ allows every user to vote on a certain topic or to appoint another delegate as a proxy – over the internet, from wherever he or she might be. It is therefore an interesting way to allow people to participate more directly in politics. The democratic deficit of the EU institutions, which crops up in many contemporary debates, might experience real change if a party arises that aims to alter the traditional way of forging democratic decisions. Another aspect that sets the Pirates apart from established parties is the fact that their representatives don’t receive payment. Recently, however, there have been demands for remuneration within the Swedish Pirate party.

Despite these promising ideas, liquid feedback is not free of criticism. First, it potentially provides a few people with strong voting power, assuming an extensive usage of proxy voting. Second, the German Pirate Party experiences problems similar to those of traditional, established parties which don’t rely on digital pluralism. Of 25,000 registered Pirates, only a few hundred actually participate in voting processes. A third problem is raised, for instance, by petitions such as ‘The Pirate Party of Germany supports a self-determined regulation of the Syrian crisis’; this petition was accepted by 303 of 498 participants (a very low turnout) and sounds like a simple headline to a topic which is quite complicated and multi-layered. When reading the actual petition, one can find that the author rejects ‘the responsibility to protect,’ dismisses sanctions against the regime but prompts Bashar al-Assad to go for political asylum. Issues such as terrorist activities in Syria or religious conflicts remain untouched. One might therefore wonder how far the party is able to formulate policies that go beyond populist slogans and provide a complex and nuanced tool to tackle political problems.

Besides the question of whether the Pirate Party is capable of providing thoughtful answers to the current challenges facing the EU, they are also often debased due to their strong orientation towards the internet community.

No statement about Syria can be found on the official website of the German Pirate Party. This is partly due to the fact that experts in the fields of foreign policy, security and economics are rare within the party – and its members don’t deny this fact. However, the biggest challenges of everyday politics are embedded in precisely these fields. It was the Eurocrisis, probably the biggest threat to Europe’s cohesion, on which the Pirates kept silent for a long time. Step by step, the party formulates its position. It rejects the ESM as well as government bailouts for companies. Concrete plans to master the current crisis, however, remain lacking so far. As much as one can criticise the polarising actions of European politicians, which are often strongly focused on the short term, they all recognise their responsibilities to take unpopular decisions and develop solutions to tackle the current crisis.

Besides the question of whether the Pirate Party is capable of providing thoughtful answers to the current challenges facing the EU, they are also often debased due to their strong orientation towards the internet community. An often cited example in this respect is their involvement in protests against the ACTA treaty which aimed to establish international standards of intellectual property rights enforcement. This act has been criticised for limiting freedom of expression on the internet and reducing communication privacy. In particular, Rick Falkvinge, founder of the Swedish Pirate Party, expressed his opinion on the act by framing the protests as a battle against “bureaucrats and rich corporations.” While the Pirate Party and their supporters’ protests were successful in preventing this act from being adopted, this victory could only be achieved due to the polarising effects of the Pirate Party’s statements and position. The fact that the European Parliament turned down the act in July therefore isn’t proof of a reinvented democracy induced by the internet community, it is a rather an example of how the internet is able to mobilise masses and how politicians immediately surrender when facing discontented voters.

The most crucial challenges have yet to be mastered

While the Pirates are on their way to moving into the sphere of mainstream political life, they have to master the challenge of establishing themselves in a professional manner while maintaining the support of their original followers. It will be interesting to observe whether the party can develop serious positions and programs that concern the broader issues of European politics and citizens’ lives. Especially because of their promising ideas about when it comes to involving a bigger audience in political decision-making processes, one might hope that the party will recognise their chance of impacting EU politics by acquiring expertise in new areas.

The Pirates are first and foremost benefiting from a general feeling of anger among young people, who are facing uncertain labour circumstances and a political elite which doesn’t seem to know how to answer new questions from a young generation. Right now, however, the Pirates’ answers are either insufficient or polarising and the ability to mobilise protests by creating a concept of the rich controlling enemy works only in the short run. Over a longer time, it would be desirable that the individual Pirates parties be able to professionalise themselves further and achieve a deep supranational cooperation in several policy fields. Establishing a European Party which is able to participate in elections within two years is an ambitious but surely achievable goal. Anticipating the formation of a European Pirates party, we could be able to see a new European movement emerging. 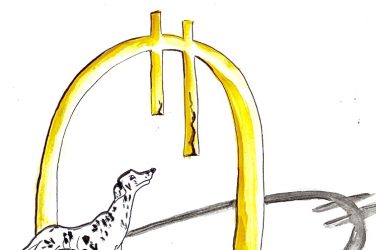 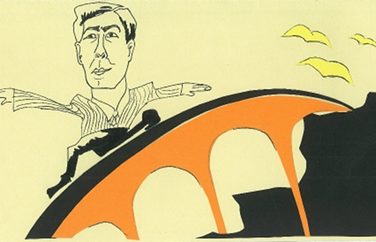 Burqas are being banned, Roma sent out of the country, national homogeneity is praised. ...