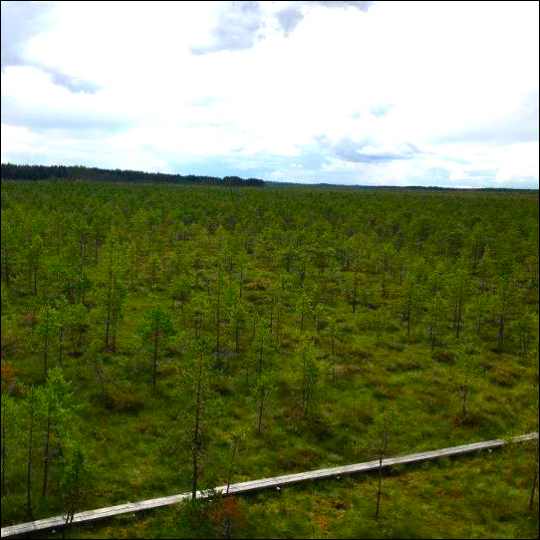 Every year, when the autumn holidays approach, my colleagues spend every lunch break discussing where to go this time. After hours hunting cheap flights and comparing hotel rates, they still decide on that same place in Spain they go to every autumn.

“And you, Kina, where are you going?”

Perplexed looks are all I earn for this reply and then usually somebody asks: “Why would you go there?”

Given the context of “Alternative Alternatives” the answer is quite simple: there are amazing and still Coca Cola-free places in Estonia where you can still see the stars at night (at least when it’s not cloudy). However, there is much more to discover about this mysterious and, let’s be honest, not very popular destination.

The first stop of my Estonian adventures was the capital city, to which I flew, as embarrassing as it is to admit. However, due to the surprisingly numerous hordes of tourists promenading in Tallinn’s picturesque medieval old town, I quickly took a bus to the city of Tartu. Language is not a small barrier in Estonia, as Estonian is only similar to Finnish. Nevertheless, I managed to purchase a ticket for the Sebe express bus. The luxury of the bus’s interior and the free Wi-Fi, which is available throughout the whole 2-3 hour drive, surpassed my highest expectations of bus trips. Once I arrived in Tartu, which is Estonia’s most famous university city, I joined a group of more than 40 international students and young professionals participating in the Asia-Europe Foundation’s 18th University dedicated to the topic of sustainable consumption.

Nevertheless, when it comes to sustainability, it is important that you actually walk the talk and what better way to do that than discovering new “alternative alternatives” in Tartu. Therefore, let me introduce to you Tartu’s not-to-be-missed sites, as you won’t find them in any tourist guide:

…which regularly takes place in a squat close to the Communication faculty of the University of Tartu.

When my new Estonian friend first mentioned that a ‘free market’ was taking place today, I was quite puzzled. To somebody who studied economics, the expression “free market” is more of a political (or, even religious?) conviction, rather than a place to go. We ended up in a squat where big “Free Pussy Riot” posters hung on all the walls and quirky looking people with green hair strolled around the yard. One of them approached us with a friendly smile and took us to the rooms where the “free market” took place. We found ourselves digging through piles of clothes, which in most western European cities would have been labeled as ‘vintage’ and priced accordingly. But here they were gratis. Even when we offered one of the organisers at least some petty cash, she adamantly refused to accept it. In addition to clothes, there were various other items, varying from books in almost every known language to domestic appliances and cutlery.

To somebody who studied economics, the expression “free market” is almost a religious conviction, rather than a place to go.

2) A night in the city’s heart

After getting free attire, the next step was getting free entertainment, which turned out to be quite simple in Tartu. While during the day the city seemed to be very peaceful and quiet with only a few people eating cake in the small town cafes, at night the main streets got crowded with young people drinking (which is officially allowed only at designated places but kindly ignored by the local police), playing guitar and singing on the streets. Instead of hanging out at bars, the night crowd in Tartu seems to prefer sitting on the stairs of sleeping buildings, on the few available benches and even on the ground. The energy you feel at night in the city’s main streets, which truly are its beating heart, finally made me understand the mysterious spirit of Tartu, which is known beyond the city’s walls…

Yet, the highlight of my trip to Estonia was a place slightly outside of Tartu’s boundaries: Estonian’s biggest natural reserve Alam-Pedja Nature. This reserve makes carpooling worth a try since there is no public transport going there. The reserve consists mainly of wetlands and bogs, populated with wolves, lynxes and bears so numerous that they definitely outnumber the human population in the area. As somebody living in a miniature apartment in an overpopulated city, I was amazed by the view of infinite old-growth forest stretching in front of my eyes when I got off the bus. Since a large part of the reserve’s territory consists of swamps, the only way to explore it is by walking on narrow wooden plank trails winding through the park. Still, some of them are broken and wellington boots are a must-have for those who don’t want to end up with wet feet like I did. And if the view was not enough, Alam-Pedja Nature is a treasure trove of blueberries. The only source of annoyance are the exceptionally large number of mosquitoes buzzing in the air and biting mercilessly through my pair of jeans.

However, while the mosquito bites left only temporary marks on my skin, the rest of this trip to Estonian is something I will not forget. I wish I could have taken a picture of the spirit of Tartu, my blueberry-blue hands and the overall satisfaction of not being surrounded by crowds of drunken tourists. 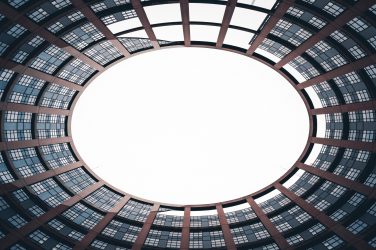 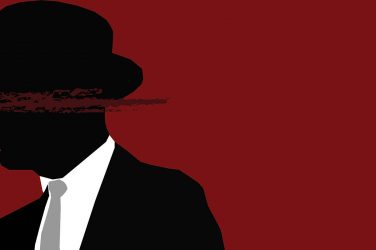