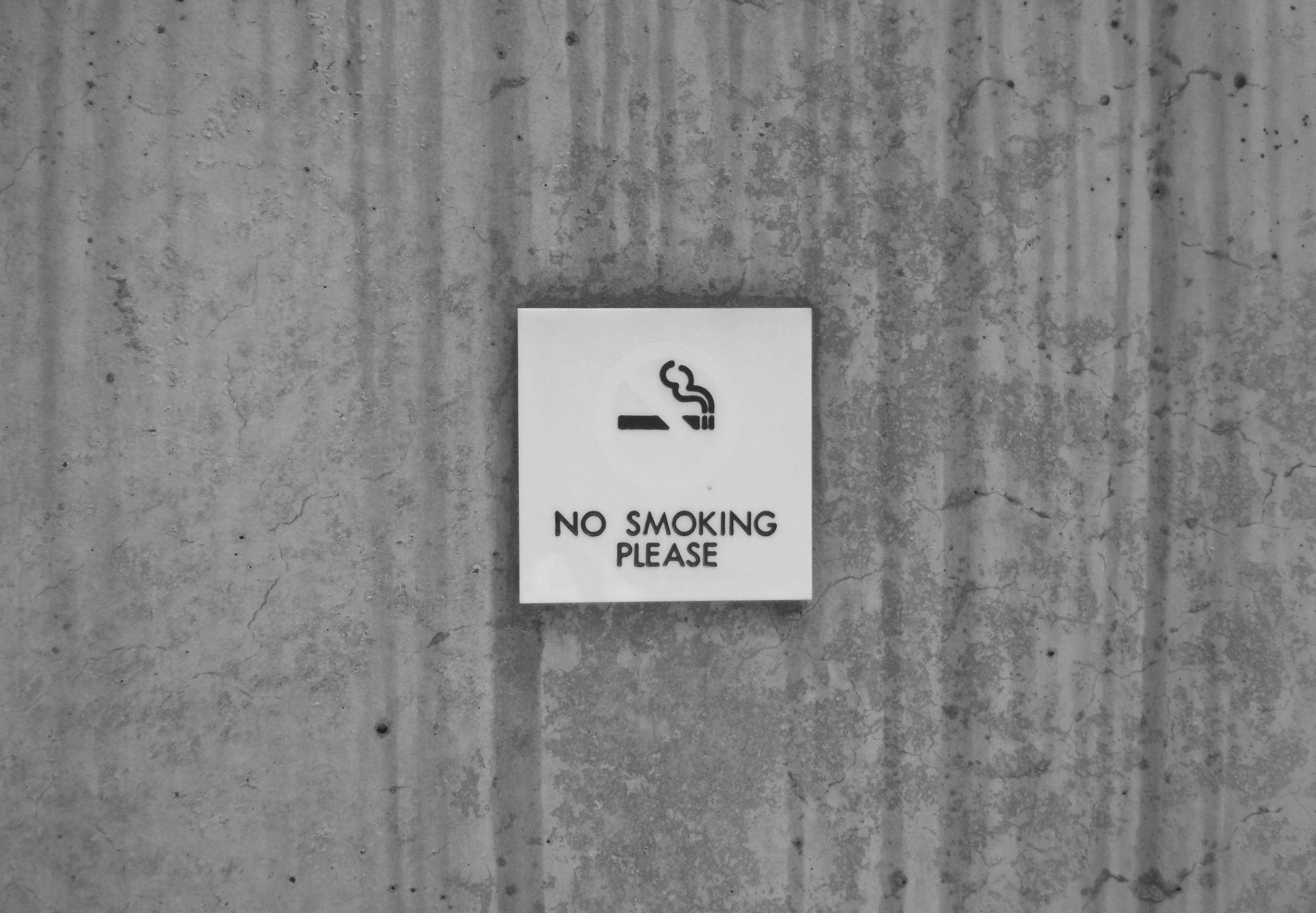 No other continent has as many smokers as Europe: 28% of Europeans smoke tobacco – the global average is 21%. Most, if not all of them, have tried to quit at least once. Including E&M editor Laura Worsch. Now over two months tobacco-free, she recounts how Allen Carr’s 650-page manual and focusing on her health helped her do it.

I am not what you would call a heavy smoker. Still, I have been smoking consistently for about eight years. At my peak times, I smoked some ten cigarettes a day, especially during holidays and long summer nights, sitting by a river with my friends, or in a bar, watching the sunset, drinking a glass of wine, beer, or a cocktail. What makes this image perfect for me is the cigarette in my hand.

At the beginning of this article, I am still smoking. I need to start this while I still smoke, partly because I do not want to look back once I have stopped, and partly because this article is meant to inspire other smokers who would like to quit. Don’t get me wrong – writing this, I neither want to convince anyone to quit nor could I. But maybe some of you have played with the thought of quitting and for sure all you smokers out there rationally know that it is about time to quit. So, I invite you to join in on my journey to freedom.

Recently, I only smoke when it gets dark outside. This was not a conscious decision. During daytime, I never even think of smoking. But at night, I sit on my balcony, puffing four cigarettes in a row while drinking hot punch and watching a series. This is how I relax. I look at the trees in front of my balcony and feel at peace.

Still, I know something has to change. More often, I wake up having a headache even though I did not drink alcohol the night before. I recognize shortness of breath, fatigue, and restlessness whenever I find myself in a situation where I cannot smoke. I feel guilty in the company of non-smokers. At the end of last summer, I was ready to start quitting. I just do not know where to begin.

There are as many ways to quit smoking as there are reasons – some people set a date (after graduating, on my birthday, on New Year’s Eve), some gradually reduce cigarettes or consider themselves ‘casual smokers’ and therefore not addicted to cigarettes. It bothers me to see how they struggle, and at the same time, becoming a casual smoker has been my ideal for a long time. They still want to smoke, only they rationally decide against it. Allen Carr calls this the ‘Willpower Method’: They have stopped smoking but never got rid of their addiction. I for my part do not want to quit and then still have to constantly fight the urge to smoke again.

One among the many methods of how to quit smoking comes from Allen Carr. The British author was a heavy smoker most of his life. Eventually, he figured out a method to quit smoking without ever feeling the urge to smoke again, without even feeling sorry about having quit. Through his books and seminars, he has helped hundreds of thousands of smokers worldwide to quit smoking. Carr nonetheless died of lung cancer in 2006.

But my wish to stop smoking has been replaced by a firm plan and intention to do so.

I started reading his 650-pages-book The Only Way to Stop Smoking Permanently in September 2020. Carr’s method made me realize several aspects: first, he helped me see that I did not want to smoke anymore. I might have started reading with the wish to quit smoking, but I was far from convinced. For the record, even at page 517, I am not completely convinced. But my wish to stop smoking has been replaced by a firm plan and intention to do so. I do not wish to quit, I will quit. This is the second aspect of Carr’s argumentation that helps build up the self-confidence that is needed to take this step. Still, I am afraid that I won’t make it. All Allen Carr asks of a reader is to give his method a chance. If it does not work, he says, I could always go back to smoking, no harm done. Plus, he explicitly says not to stop smoking before reaching a certain point in the book. Hence, I will give him a chance.

The nicotine trap, according to Carr, is so clever that we initially do not even realize we are already caught in it. The image of smoking as something that potentially harms you but also offers relaxation and fun is held up by the cigarette industry, media, movie industry, and society itself, smokers and non-smokers alike. Smoking is depicted as a bad habit but still not as the addiction and disease it truly is. This is also why smokers think it is so hard to stop, as Carr explains: “The main reason that smokers find it difficult to quit is that they believe that they are giving up a genuine pleasure or crutch. It is absolutely essential to understand that there is nothing to ‘give up’.”

The one thing I dread to ‘give up’ is the social aspect of smoking. I have spent hours and hours on a balcony somewhere with my friends, smoking and talking whole nights through. For a long time, this image struggles with Carr’s arguments. Only slowly, my confidence in Carr’s method (and in myself) grows. Sometimes I pause reading for two weeks, and sometimes I disagree with him and re-read chapters until in the end I have to admit that he was right all along. I wait for a long time to learn what his method is about, until half-way through the book, I understand that the book is the method: by dealing with my addiction over a longer period, it slowly starts to sink in that there is truly nothing good about smoking. It can give me nothing compared to what it takes from me. What we, as smokers, need to realize is that cigarettes have no added value. They do not make you high like marihuana does. They do not put you in a celebratory or exhilarated mood like alcohol does (sometimes). Their sole impact is a harming one.

I wait for a long time to learn what his method is about, until half-way through the book, I understand that the book is the method.

The tobacco industry is the main reason why no stricter measures against tobacco have been passed. A substance that kills 700,000 people per year in the EU is still allowed to be advertised on bus stops and in cinemas in Germany. According to a report by the WHO in 2017, lobbyists often exaggerate the economic impact of tobacco in a given country. This makes it even more outrageous that governments put economic revenues ahead of the health of their citizens.

While the EU Commission’s health department transparently reports on meetings with tobacco industry and staff is asked to “in principle refrain from meetings with the tobacco industry”, other departments have neither of these policies. Consequently, the tobacco industry avoids the EU’s health department and instead meets up with other departments to influence EU legislation. Therefore, all governments do is put higher taxes on cigarettes and print disgusting pictures on boxes that have never stopped a smoker. According to a 2020 report by Transparency International, the tobacco lobby even undermines EU measures against illicit cigarette trade. At least, in its latest strategy to fight cancer, the EU plans to establish a tobacco-free generation by 2040 with fewer than 5 percent of the EU population still smoking. Today, tobacco is the leading preventable cause of death in the EU.

You might call this paternalistic. After all, anything we do to our body is our own business. This is an argument I often used in discussions with my family or other non-smokers. As long as we do not harm others with our behaviour, it should not be restricted – it’s our personal freedom, after all. Several aspects contradict this argument in the case of tobacco: first, as explained above, the systematic blindfolding by the tobacco industry and societal brainwashing make it impossible for us to make a ‘free’, informed decision. Secondly, the negative environmental impact of tobacco should not be ignored: in production countries (among others Brazil, India and China) forests are cut down, and ecosystems suffer from usage of pesticides on the tobacco plants. Indeed, tobacco harms our environment in all stages of its production and consumption. In the end, the decision to quit smoking is a personal one. None of the above arguments have been the main cause for me to quit. At the very least, they can trigger a process of dealing with one’s own addiction.

I quit smoking on the 26th of January. I have reached the chapter ‘The last cigarette’, and while reading it, I feel the ecstasy of reaching a historic moment of my life. I will quit, and I feel confident and happy about it. This is what Carr calls the liberating moment. I know that I will become a non-smoker before I actually am one. And most importantly: I am not afraid, but excited.

Afterwards, I throw the rest of my tobacco, the rolling papers and the filters in the bin next to me. I am free.

I smoke my last cigarette on a park bench in what feels like the first sunshine of the year. I smoke it without any distraction from a beverage or my mobile phone. I am aware of the smoke spreading in my lungs; I taste the bitter nicotine in my mouth; I observe the brown stains growing on the filter. Afterwards, I throw the rest of my tobacco, the rolling papers and the filters in the bin next to me. I am free.

A week after I quit, I suddenly get sick. I have all symptoms of a flu – sore throat, stuffed nose, headaches. At first, I think of Covid-19 because no one really gets a cold anymore these days. But it turns out there is a thing called “the smoker’s flu”. It can appear within a month after one quits, and basically means your body is fighting the remnants of the physical effects. At first, I am angry – here I am, finally rid of this stuff, and as a reward, I get sick? But then, I feel like this is something to be proud of. I am proud of my body that is able to fight, and I embrace the symptoms since they are proof that I am on my way out. After three days, they disappear. Apart from that, I have none of the symptoms that are connected to quitting smoking: I am not in a bad mood, I do not shake or eat more. Instead, I feel a rush of energy that makes me want to do more sports (something I’m not really drawn to usually).

This rush is already lasting for a month. Every day, I feel stronger, I can breathe more easily and deeply. I smell and taste more. Sometimes, during the evening and with a glass of wine in my hand, I think that just a few weeks ago, I would have had a cigarette now. These moments trigger me, and there will be many more moments like this when summer starts. These moments make me worry a bit, but that is okay. I just take a minute and think about why smoking once seemed to be a nice thing in a certain situation. Then I realize that without a cigarette, those moments are even more beautiful. 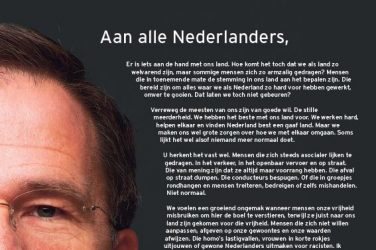 You’d never take a lute and sing to impress your beloved, but stop for ...