We are the most mobile generation yet. Many young Europeans travel and even move abroad to study, work, or visit friends and family. To make the transition easier (and save us from falling for tourist traps), each issue E&M asks people for the best tips and tricks for living in their city. This issue: Paris.

Zoë: Try PAP.fr, Leboncoin.fr, and Seloger.fr, as well as Facebook groups if you’re looking for a flat share (“WANTED” is the group to join!).

Charlotte: Loueragile.fr is one of the newer and most useful websites to find somewhere to live in Paris. Other than asking friends or acquaintances, of course!

Chloe: Your best bet to find an apartment is asking around and talking with the people you meet.

Which tourist attraction is actually worth visiting?

Victoria: The Musée Rodin and its gardens, always a great visit! …And to be fair, most of the famous Parisian museums are actually amazing.

Zoë: Sacre Coeur – great views and the building is beautiful. Or the Pompidou Centre – you can go up the escalator for free to get the views.

Charlotte: On the Rue des Francs-Bourgeois you can find a lesser-known attraction: a XIVth century Hôtel Particulier called Hôtel de Soubise which hosts the Archives Nationales. Architecture that’s worth the view!

Chloe: The Louvre… I love going there in the evenings sometimes, during the last hour before it closes; few tourists are left and you can finally see the building’s grandeur.

Tell us about the easiest way to save some money like a true Parisian?

Victoria: Walk or cycle everywhere – Paris is really not that big. I also recommend having drinks or even a picnic dinner on the banks of the Seine in the summer: you’re guaranteed a great atmosphere, amazing views, and a smaller hole in your wallet than after a drink in a Parisian bar.

Zoë: Don’t have breakfast or dinner – just coffee and cigarettes. Save your money for lunch.

Justine: Most museums are free! Have lunch around the 5th/4th arrondissement and try out the many delicious and cheap tiny restaurants/on-the-go places. Don’t forget: tap water in cafes and restaurants is always free!

Charlotte: Don’t buy single tickets but ticket packages. Another way to save money is to use green public cycles called Vélib. Cheaper!

Zoë: By the Seine with a bottle of wine.

Lou: The typical Parisian guy is “nonchalant” and artsy. You can find him in the nice arty bars of Strasbourg Saint-Denis. For more romance, head to the Les Quais du Louvre or Le Parc de Belleville and for more energy to the hip hop club La Belleviloise or Le Carmen.

Chloe: Take a book and sit in a nice park. Soon you’ll make eye contact with someone interesting. Trust me, it works!

Zoë: La Marne river; you can go paddleboarding, kayaking, you name it. Or Les Bois de Vincennes (you can even go to both in the same day).

Charlotte: From St Lazare Station you can get a cheap escape to Normandie and stop in the cozy city of Granville, enjoy the coast while eating traditional regional recipes such as Cider or Pont l’Evêque cheese.

Lou: Parc Buttes Chaumont, a huge garden in the 19th district where you can find peace and have a short nap!

Chloe: The garden of Pablo Picasso’s museum – it’s a little-known haven in the heart of the Marais. Another hidden garden behind Saint-Germain-des-Prés in Delacroix’s museum is a true gem, it feels like an English country house with roses in the garden.

Which stereotype about Parisians is actually true?

Victoria: We do sit at the terraces of cafés for hours to rewrite the world, judge people walking by, settle philosophical debates, and share the latest gossip, in much the same way that Jean-Paul Sartre and Simone de Beauvoir used to do at the Café de Flore… or so we think.

Zoë: All of them.

Justine: Parisians are actually quite rude.

If Paris were a person, who would it be?

Zoë: Sarkozy mixed with Cher mixed with that annoying girl down the pub who never stops talking.

Justine: Ironically, the queen of England: elegant, refined, poised, but stuck in the last century.

Chloe: The (sad) truth is that the “Parisian” is a myth. However, you might be able to personify the arrondissements; the traditional catholic families in the 16eme, young “hipster” couples in the 10eme… Try putting them all together and coming up with one personality – it’s impossible.

I wish people would have told me… about living in Paris.

Victoria: How much less judgmental people would be in any other city.

Zoë: Make sure you apply for the CAF (caf.fr) when you move there as you will receive money to go towards your rent (especially useful if you are a student or intern).

Lou: It is not the most student-friendly city and you have to take time to get used to it. Sometimes you can feel quite alone in the big crowd of individuals and monuments. But I also wish that people would have told me to avoid the metro as much as possible from day 1 and walk along with the city as much as possible to discover it and get more familiar with the districts.

Zoë: …a mess. But Parisians LOVE to complain about politics and the state of the world, so get involved.

Charlotte: …Parisian politics are currently all about an expansion of social housing.

Lou: …bureaucrats and what we call BCBG (“bon chic bon genre”), meaning half snobbish half coolish.

Chloe: Parisian politics are like two different centuries colliding – there’re those who want to go back to a 1968 Paris with more bike paths, and those who want to ban music in public spaces and Uber everywhere because the metro is just too “insupportable”.

A Parisian would never be seen…

Victoria: …in jogging pants outside of their home (unless they’re exercising); and standing on the left on the metro escalators.

Zoë: …thinking or caring about anyone else or what they thought.

Justine: …in Paris in August – only tourists.

Chloe: …waiting at a traffic light.

Many thanks to our Paris experts. Some answers have been edited for brevity or clarity. 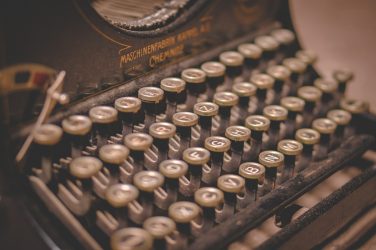 How to overcome the biggest addiction of the 21st century: News

Have you ever cut out daily news completely? Our author Julia Tappeiner did, for ... 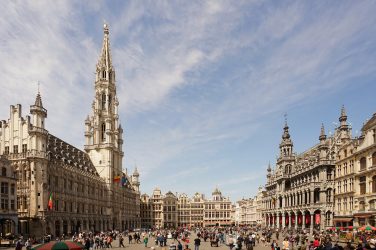 Before the onset of the COVID-19 pandemic, this was our article series for young ... 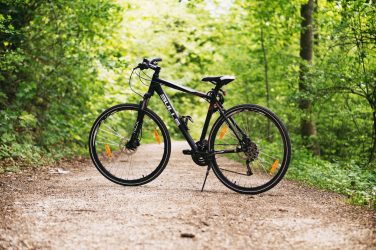