Tons of sweets for Halloween, expensive gifts for Christmas. It is no news that many Western festivities have become intricately tied to materialism and consumption. Now, this spirit of commercialisation is what’s guiding our interest in Asian traditions, such as Lunar New Year. Read E&M writer Benjamin Schmidts take on why it might be time to challenge this spirit.

The moment that David Beckham appeared on my instagram feed greeting me with the words “xīn nián kuài lè”, as he was cooking up some sweet and sour mandarin fish in Gordon Ramsey’s kitchen, I knew that I had some research to do. While the hashtag #LunarNewYear in the captions indicated the occasion for the video, it told me rather little about the exact reason why my childhood idol had developed an interest and passion for the celebration of a holiday that he – at least in my mind – has no connection with whatsoever.

Of course, there are some obvious reasons for his sudden interest. One of them is certainly globalisation and the mixing of cultures. We are exposed to ever more traditions from other cultures and it is only natural that cultures tend to blend in the process. It is also likely that financial interests play a role. After all, a further spread and commercialisation of yet another holiday holds a huge potential for the Englishman to extend his reach in Asian communities living at home and abroad, but also amongst Westerners who take joy in the tradition. Because let’s face it: who cannot see the appeal of decorative red lanterns, luscious foods and intricate depictions of dragons and lions? Is a more genuine connection to the festivities even necessary?

Clearly, nobody can be forced to develop their rather superficial interest for Lunar New Year into a sincere curiosity for Asian cultures. But my research for this article has shown me how the process of learning about them can not only benefit our often so one-dimensional view on Asia, but also serve as a mirror to reflect about the evolution of our very own celebrations and holidays.

Celebrations such as Lunar New Year provide an entry point to get a richer understanding of these cultural contexts that can otherwise feel so distant to us. Isn’t it, just to give an example, surprising that while the West is developing a taste for the capitalist potential that lies within this still quite unknown – but admittedly very aesthetic – celebration, Chinese president Xi Jinping has instigated a purification of this very holiday. As part of a campaign aimed at “common prosperity” the Chinese government has decided to limit celebrities’ ability to utilise the holiday for the expansion of their personal wealth and fame. The fact that this policy keeps the influence of popular figures existing next to the Communist Party of China  small, can be assumed to be a welcome side effect.

While the religions are still perceived and treated as potentially threatening, the government increasingly discovers and utilises their dormant influence as a widely peaceful control mechanism that upholds existing hierarchies in an effortless manner.

Yet, the maintenance of the prominent position reserved for the party is likely not the only reason for the government’s efforts to refocus its citizen’s attention to the underlying origins and traditions connected to the millenia-old holiday. Since its economic reforms in the 1970s, China has not only experienced unprecedented economic growth, but also a creeping decay of its moral foundations. China’s officials found a response to these developments in the controlled revival of certain religions and traditions that were strictly forbidden in times of the Cultural Revolution. While the religions are still perceived and treated as potentially threatening, the government increasingly discovers and utilises their dormant influence as a widely peaceful control mechanism that upholds existing hierarchies in an effortless manner.

“Communism is dead as a unifying myth that can sustain the Chinese people” proclaimed Daniel A. Bell, Dean of the School of Political Science and Public Administration at Shandong University, already in 2009. The return of belief systems such as Confucianism and other religions can fill in the developing ideological gaps that mere party ideology cannot. Their emphasis on social responsibility works well as a counterforce to the materialism and individualism spilling over through means of free trade from the West. Celebrations such as the ones surrounding Lunar New Year provide the perfect stage for the peaceful progression towards the instigations of these “new” value systems that are more in line with the communist ideals: respect for the elders, the value of the family and redistribution through generous gift giving.

Instead of taking advantage of this holiday as another way to make profits, increase our popularity, or consume mindlessly, we would be well advised to use it as a way of getting in touch with the history and traditions of the countries of its origin.

It is ironic that the very materialism, which the People’s Party so desperately tries to drive out of their country and this special holiday, is the only thing that seems to arrive on Lunar New Year in the Western world. Recognising this irony gives us the possibility to reflect about the values that we want to see represented in our own society. Instead of taking advantage of this holiday as another way to make profits, increase our popularity, or consume mindlessly, we would be well advised to use it as a way of getting in touch with the history and traditions of the countries of its origin. And if we are lucky, doing so will enable us to think about our own holidays in ways that extend further than the materialism that has long taken hold of their dignified meaning. When, if not on holidays, can we escape the expansive nature of materialism and refocus on the values that we actually want to further?

Photo by Dương Nhân on Pexels 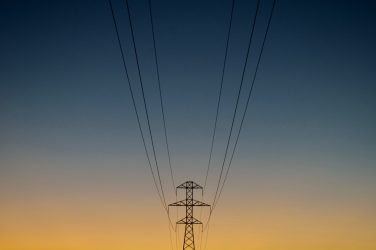 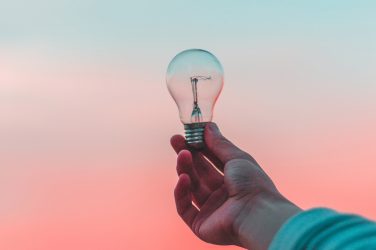