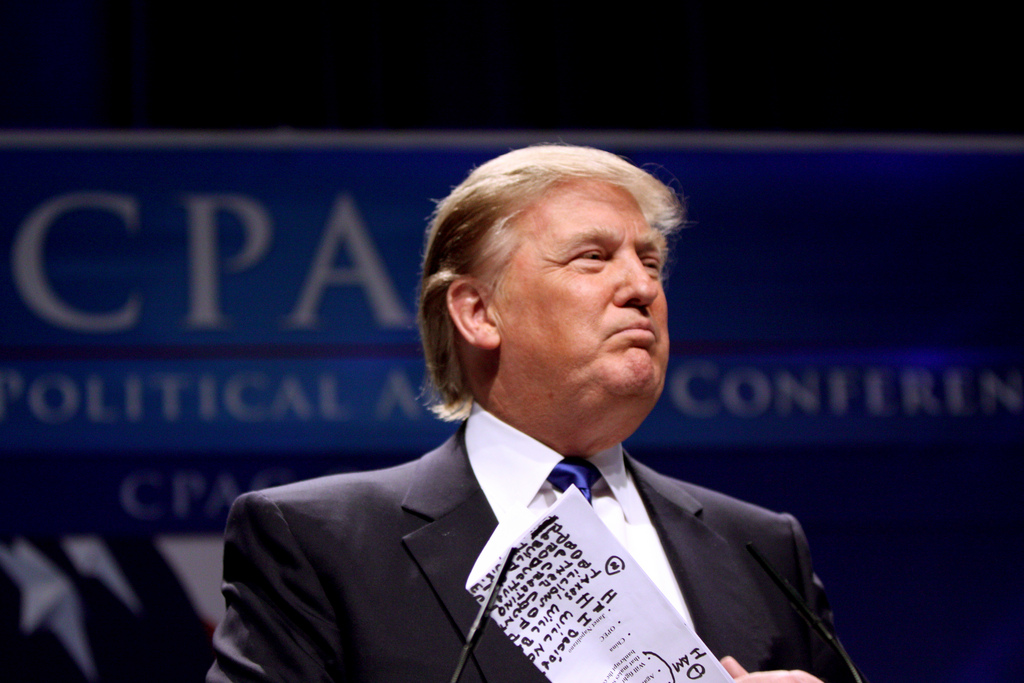 When I first watched Republican front-runner and American billionaire Donald Trump speak as a political figure, I couldn’t help but get an overwhelming feeling of déjà vu.  Suddenly the memories of the bad hair, massive ego and offensive humour came screaming back – the similarities between Donald Trump and former longest-serving Italian prime minister Silvio Berlusconi are uncanny. Berlusconi governed Italy for an astounding nine years with a destructive agenda that eventually led Italy to a debt crisis, forcing the European Union to intervene and forcefully make him resign. Now, whilst Americans haven’t gone so far as to even elect Trump as Republican representative, this is starting to seem more and more like a plausible reality. Both figures offer a style of politics that favours entertainment over actual news, making journalists shriek with joy at a consistent stream of scandalous remarks that dominate the front pages. But what does this kind of politics and its repercussions on the democratic process mean for Europe?

What makes Trump and Berlusconi so similar?

Both Trump and Berlusconi gained their celebrity status through real estate and the popular entertainment culture. They used this to their advantage to distance themselves from mainstream politics, creating a new persona “not like the other politicians” and thus exploiting growing feelings of disillusionment with the establishment and “regular” politicians. This observation naturally leads to the question: how is it at all possible that two billionaires can use this same strategy? When taking a linguistic approach to the question, one can really see how both men’s businessmen status has helped them in this cause. Through the seductive and appealing pitch of their “ideals”, the electorate finds themselves somewhat entranced. We are no longer being offered different political ideas, we are being sold them. They also differentiate themselves from the “regular” politician by presenting themselves as the only viable option to save people from the threat of communists and migrants – the lethal duo in the eye in the eye of the supporter. This self-assumed role is best exemplified in Berlusconi’s iconic statement that he was “The Jesus Christ of politics. I sacrifice myself for everyone“.

If their humour and compellingly jovial persona hasn’t already won you over, they are also selling the promise that if you vote for them, one day, maybe, you will become as wealthy and magnificent as them. Both notorious womanisers have also been targeted in the media for their misogynist remarks. The list here, unfortunately, is endless – with examples of Berlusconi calling German Chancellor Angela Merkel an “unf-able fat bitch” and Trump referring to Fox Journalist Megyn Kelly as having “blood coming out of her…wherever“. This misogyny adds to a plethora of hateful remarks that are sometimes so extreme that they are handled by the media purely as jokes. Trump’s racism, such as recommending a wall built around the US, may seem far-fetched to some, but surprisingly appealing to others. However, this isn’t even the heart of the problem; it is their normalisation of extremist, hateful rhetoric and their element of comedy applied to politics. All of which overshadow the fact that Trump doesn’t have a clue what he will concretely achieve when/if in office, much like Berlusconi didn’t. They charm the electorate, like successful car salesman, in selling their political agenda, or lack thereof, to scratch their way to the top by making the electorate laugh with political incorrectness.

What can Americans learn from Italy

Whilst Italy has freed itself from the plaguing presence of Berlusconi and his chokehold on the country, America is in a position where a similar situation can be avoided. One must of course keep in mind that Trump and Berlusconi obviously come in two entirely different contexts and cannot be spoken of as the same person. Media-tycoon Berlusconi owned six of Italy’s most prominent private television channels and his net worth comes to $ 6 billion which punches far stronger in Italy’s economy than Trump’s $ 4.5 billion wealth does in the United States, the world’s largest economy.

However, it has to be said that in many ways Trump does pose the same threat to the US as Berlusconi did to Italy – so what can Americans learn from Italians? First of all, we need to be wary of not focussing on the “evil Mr Trump”, thus forgetting other candidates, and of informing ourselves on candidates and what they are actually promising to achieve. It seems like all the media coverage of the US primaries is essentially just focussing on scandalous remarks by Trump, increasingly making these primaries resemble a reality TV show rather than political elections. Having said that, don’t brush off Trump as a joke, as many Italians did with Berlusconi. The question I have probably been asked the most regarding Berlusconi’s presidency is “How on earth did Italians let him come to power?” Don’t underestimate Trump’s charm and (to some) likeable personality but, most importantly, don’t underestimate his extremist views shared by many. Rather than laugh at Trump’s ridiculous statements, we need to have a serious conversation to understand what can be done to prevent the popularity of extremist hateful views.

Whilst Italy has freed itself from the plaguing presence of Berlusconi and his chokehold on the country, America is in a position where a similar situation can be avoided

Relegating populist politics to just Trump and Berlusconi would be unfair and untrue. It is undeniable, similarities between Trump and Berlusconi are blatant, and for many a source of fear of what a potential Trump presidency could mean. But, if anything, this comparison between Trump and Berlusconi shows us a certain popularity for leaders propagating such extremist views. Like Trump and Berlusconi, UK Independence Party’s Nigel Farage’ s “banterous” reputation would compel one to go down the pub for a pint with him rather than focus on what political parties are actually proposing. Italy has taken this so far that the leader of their populist left wing party Movimento Cinque Stelle is an actual comedian. So, whilst we can marvel at the spooky similarities between Berlusconi and Trump, we can begin to also understand it as part of a trend spanning across Europe and even beyond with the world of political elections becoming more like a reality TV show, leaving the electorate entertained but not sufficiently informed.