An avid traveler, Julia Lohse shares how her experiences on the road challenged her perceptions of identity

„I envy the heritage and traditions you have. We don’t have traditions in Australia. Our way of life is farming, drinking and barbecue. The single national celebration we have is Australia Day. That’s when we drink and have a barbecue. Yuk! Basically, we are the descendants of criminals from Europe.“ That is what Marry, the wife of a farmer who had invited us to stay at his property in the middle of nowhere in Queensland, told us while she was making us dinner: tortilla chips with noodles, kidney beans and cheese. Definitely a combination that I had never tasted before.

Marry was not a very positive person. Her point of view is not representative. We met many more Australians after that and we heard completely different stories. However, Marry’s story was understandable given her background. She herself grew up on a farm and had never left Queensland except for one time when she visited her daughter who was volunteering in Vietnam. A trip that she described as pure horror to her. Her husband was an illiterate and I had the hardest time following when he was talking with his strong Australian outback accent. But he cared about people and nature and therefore spent two days straight showing us around. When saying goodbye he forced us into a group hug and prayed for us having a save trip throughout the world. This is just one experience out of many that has become engraved on my memory.

I realised that throughout my life I had built up a misapprehension about how identities work that was profoundly challenged: It was the assumption, that at the core of an identity of every sort stands a profound similarity that people with that identity share.

Backpacking for seven months through the United Arab Emirates, Thailand, Cambodia, Vietnam, Singapore, Australia, New Zealand, Hawaii, Vancouver, California and New York, we spent hours or even days talking to all kinds of people: locals, fellow travelers, tourist guides, emigrants and immigrants. Listening to what they had to say and learning about their story and identity, I learned to see the world from different perspectives which in turn stimulated me to reflect on my own identity. I realised that throughout my life I had built up a misapprehension about how identities work that was profoundly challenged: It was the assumption, that at the core of an identity of every sort stands a profound similarity that people with that identity share.

It is probably the same for everyone. When you first meet someone, three factors play an important role: gender, colour and language. As I am a women, white with blue eyes and blond hair and even though I have an English accent that nobody can really place, I am probably fairly easy to place. I, on the other hand, had the hardest time placing other people especially in South-East Asia which resulted in me being extremely cautious towards them. When I met fellow Europeans, however, I noticed that I was more comfortable, I felt safer and I was more eager to help them in a situation of crisis. We spent more time with Europeans than with locals, because it was just so much easier to get along. Identities can have a strong power of connection and in some situations enable you to bond extremely fast and easy.

However, identities are really hard to pinpoint. What factors influence identity? Gender, colour, language, religion, nation, ancestry, customs and habits? When talking to people from South-East Asia, Australia and New Zealand, it was extremely hard for me to try to explain to them what a German identity entails. That I am German, does not give me the right to talk in the name of all Germans about what it means to be German. Even the identity of my sister seems to be completely different from mine even though we grew up in the same family and in the exact same way with regard to pretty much everything. Obviously, to explain something that diverse, I had to generalise. But it made me uncomfortable because it ultimately leads to slight lies. Those little lies we tell ourselves and others can be dangerous if we take them too seriously. They can lead to opposition and division between us. In the worst case they can be enemies of human solidarity. Sadly, this is a phenomenon on the rise in Europe.

That I am German, does not give me the right to talk in the name of all Germans about what it means to be German. Even the identity of my sister seems to be completely different from mine even though we grew up in the same family and in the exact same way with regard to pretty much everything.

On the other hand, my identity and my perception of other people’s identity, however far from the truth it may be, helped me to figure out how to behave in a culture that I was completely unaware of thus far. It helped me to fit in the world around me and to figure out my place in the social order. Identity helped me to manage day to day life. It is something I inherited from my parents and from the social environment I grew up in. I am pretty sure that I am unable to change that identity, even though I might be able to adapt slightly. But it is also not necessary to do so. I just need to get rid of the misapprehensions that can lead to division and opposition. I understand identity simply as a framework that helps me manage everyday life and as something that bind people together — as a family, as a community, as a nation and a union of nations. As the British-Ghanaian philosopher Kwame Anthony Appiah puts it: „Ultimately identities are lies that bind.“

For everyone who would like to reflect more deeply on the concept of identity I recommend his new book „The Lies That Bind: Rethinking Identity“. 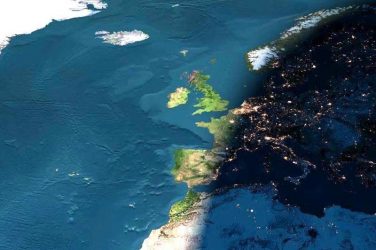 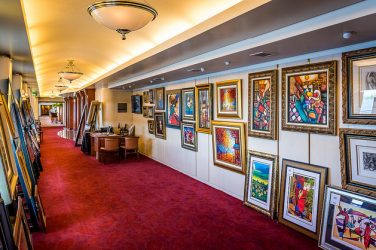 One year on: COVID-19’s impact on culture – how are our musicians?

At the beginning of the pandemic (when we still thought it had a clear ...