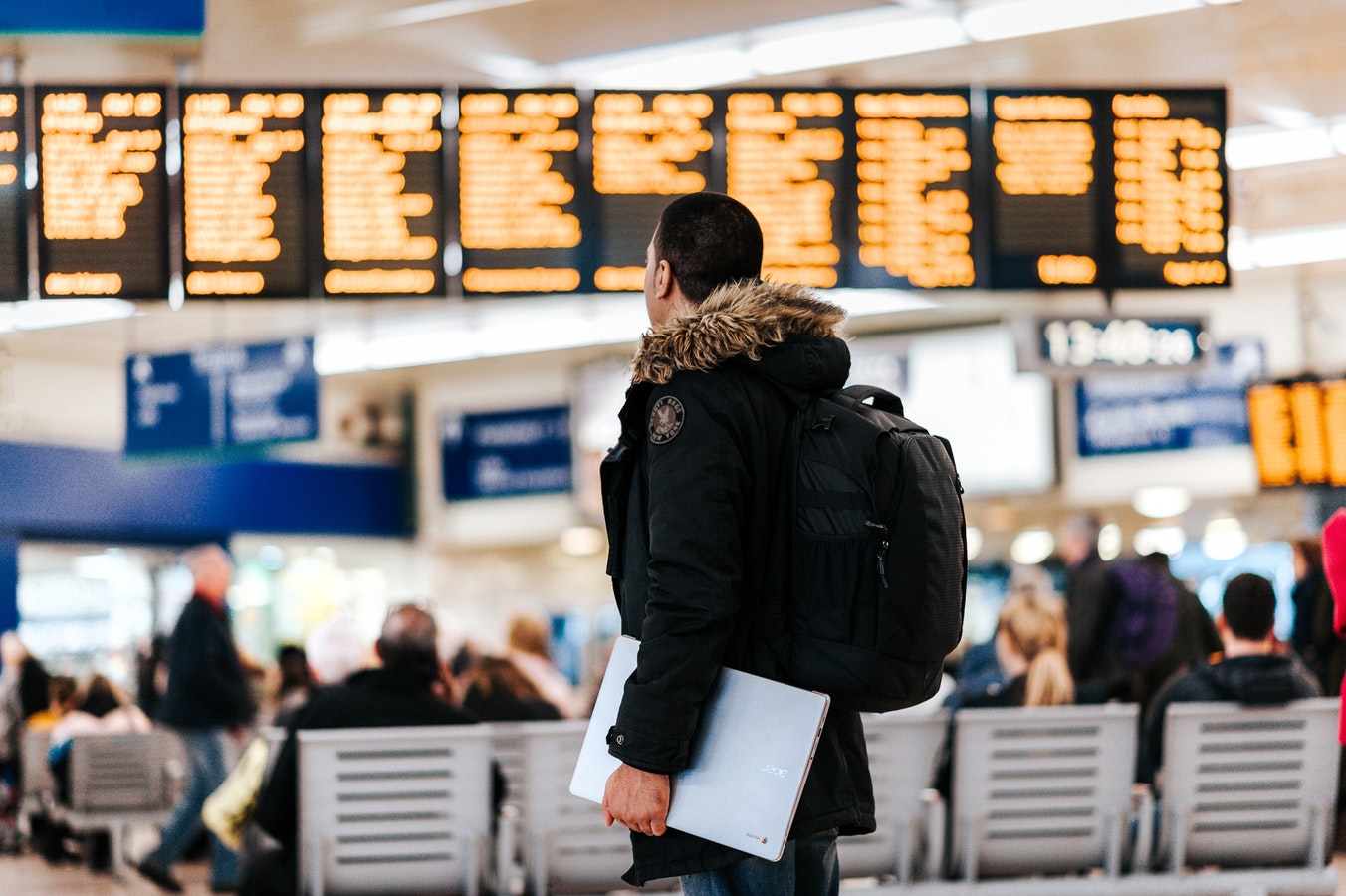 Jessica Verheij asks whether it’s possible to travel in a sustainable way, and what needs to be improved at a European level.

As I started my master in sustainable urban planning and design in Stockholm, talks about sustainability have become a recurring element of my everyday life. Or maybe I should say unsustainability, as a fully sustainable lifestyle while continuing to develop ourselves and doing the things we love and care about is, at least for now, a faraway dream. When looking at my own life, this is mainly due to the way I move around.

And with this I mean flying. International travel has exploded in the last decades and so has air travel. Between 1990 and 2008, CO2 emissions caused by international air travel increased by 110% – during this period most other sectors have reduced their carbon footprint. Air travel is as of yet the most polluting and inefficient way of moving around. I recently read a study from 2012 which estimated that around 11% of the total CO2 emissions of the Swedish population was caused by air travel – considering the Swedes’ urge to fly to warm places during winter times, these figures can only have risen since then.

Air travel is seen as the fastest growing contributor to climate change and its share to one’s carbon footprint is literally shocking. Planes require immense amounts of resources and energy to transport a relatively low number of people over potentially very large distances, while causing greenhouse emissions, air pollution and noise pollution.

You can choose to offset your flight by donating money to an organization that actively works to mitigate environmental impact, and if you’re flying anyway it’s better to do so than not. Nonetheless, offsetting is nothing more than an ad hoc solution trying to make things less bad – the emissions from your flight will not come back. If you do care about the environment, the only solution is not to fly.

So planes are bad news. Trains, on the other hand, are often seen as a sustainable and energy-efficient mode of transport able to carry high numbers of passengers over large distances with increasingly high speeds. Besides, trains are mostly comfortable and pleasant (we’re talking European context) and allow us to actually experience the landscape we’re travelling through. Going by train can be a much more rewarding and interesting journey than being ‘dropped’ into an airport.

This said, my personal ecological footprint could be radically reduced if I would start replacing my flights by pleasant and comfortable journeys by train. As most of my trips throughout the year happen within Europe and do not require me to cross any oceans, this does not seem to be such a crazy thing to do, right?

Being based in Stockholm, I have been researching alternative transport modes for the trips I recently made. Here are some facts.

To get to Amsterdam, a train journey would take around 17 hours and 30 minutes (in the most advantageous situation) and cost between 160 and 300 euros. A flight takes 2 hours and costs between 55 and 190 euros. Stockholm – Berlin takes 13 hours by train and costs 150 to 265 euros, while a flight takes 1 hour and a half and costs 50 to 150 euros. Flying to Riga takes 1 hour and costs around 30 euros, while the most convenient alternative is taking the boat: an 11 hours journey (which is an experience in itself).

Maybe Stockholm is just not the best example, due to its relatively isolated geographical location in regard to the rest of Europe. But even if we look at Paris – Barcelona, a distance easily covered by train, the outcome is almost the same: a train takes 6 hours and a half and costs between 170 to 200 euros, whereas a flight takes 1 hour and a half and costs from 32 to 180 euros.

Surely there are some international connections, mainly in the north west of Europe, that are more easily covered by train than by plane, and of course we do need to take into account that flying always requires additional time for travelling to the airport and doing check-in. Nonetheless, it is hard not to see flying as the most cost-effective transport mode. Travel costs and times do not at all encourage passengers to fly less or to replace some flights with other transport modes.

Even someone with a high level of awareness regarding environmental impact and climate change will be tempted to take a plane instead of a train for most journeys across the European continent.

The cost of flying

If the flight’s burden on the environment would be included in the price of its ticket, flying would surely not be as cheap. But it is not. Instead air travel is actively supported and subsidized by national and regional governments.

For example, aviation is exempted from VAT across the European Union, leading to a gap of around 7 billion euros in the budgets of EU member states. Besides, aviation worldwide is exempted from fuel tax – yes, the same tax that makes filling up your car at the gas station such an unpleasant experience.

On top of this, most airlines operating in the EU have special agreements with many smaller regional airports which seek to increase their number of passengers. Practically all of these airports are state funded and paid for with tax money. Although not the only reason (see for example an explanation of Ryanair’s business model), this financial support allows airlines to operate cheap flights from and to all parts of Europe whether short, medium or long distance.

While airlines have been enjoying a single European market since 1990, the rail sector has been organized mostly on a national level. During the last years, the European Commission has been active in investing in and developing an integrated rail network able to compete with air travel on intercity connections. However, it still faces many challenges.

Signaling systems, the electrification of the lines and the loading gauge differ from country to country, making it impossible for many trains to pass from one national rail network to another. At the same time, time schedules and tickets are organized from a national perspective and do not provide any connectivity with neighbouring countries.

Of course, the exceptions to this situation are the high-speed international trains operating mainly between cities such as Brussels, Paris, Amsterdam, Frankfurt and London. However, once outside this area, cross-border travelling by train becomes something done mainly for the experience and the adventure, instead of it being the most convenient way of moving around.

My point is this: it does not have to be this way. Within the European Union, international train connections have been neglected for many years. Instead, investments have been focused on the development of air travel, seen as a huge opportunity for economic growth especially for the more isolated regions of the European Union.

It’s understandable, as aviation provides a fast and direct connection to virtually all airports in the world and its positive impacts to local and regional economies should not be underestimated. However, it is not sustainable.

We cannot continue flying the way we do now. The environment cannot take it.

As said, the European Commission has been promoting the development of a European rail network and many new opportunities for fast and convenient train travel have appeared in the last years. Nonetheless, we cannot expect people to make the shift from air to train if this is not actively encouraged both by the time it takes and the money it costs. At this moment, travelling by plane is the most convenient way of moving around Europe and this needs to change.

We need to actively start promoting train travel among our friends, family members, colleagues and neighbours – the more demand there is for train travel, the more reason there will be to develop it.

But more importantly, we need to start expecting our national and European governments to be investing in transport modes which are sustainable and which can be used for generations to come, instead of seeking short-term economic advantages. And maybe in one or two generations, taking the train to travel from Stockholm to Amsterdam will not just be an adventure but rather the most normal thing to do. 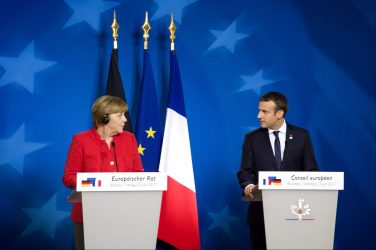 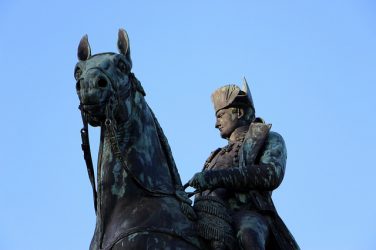