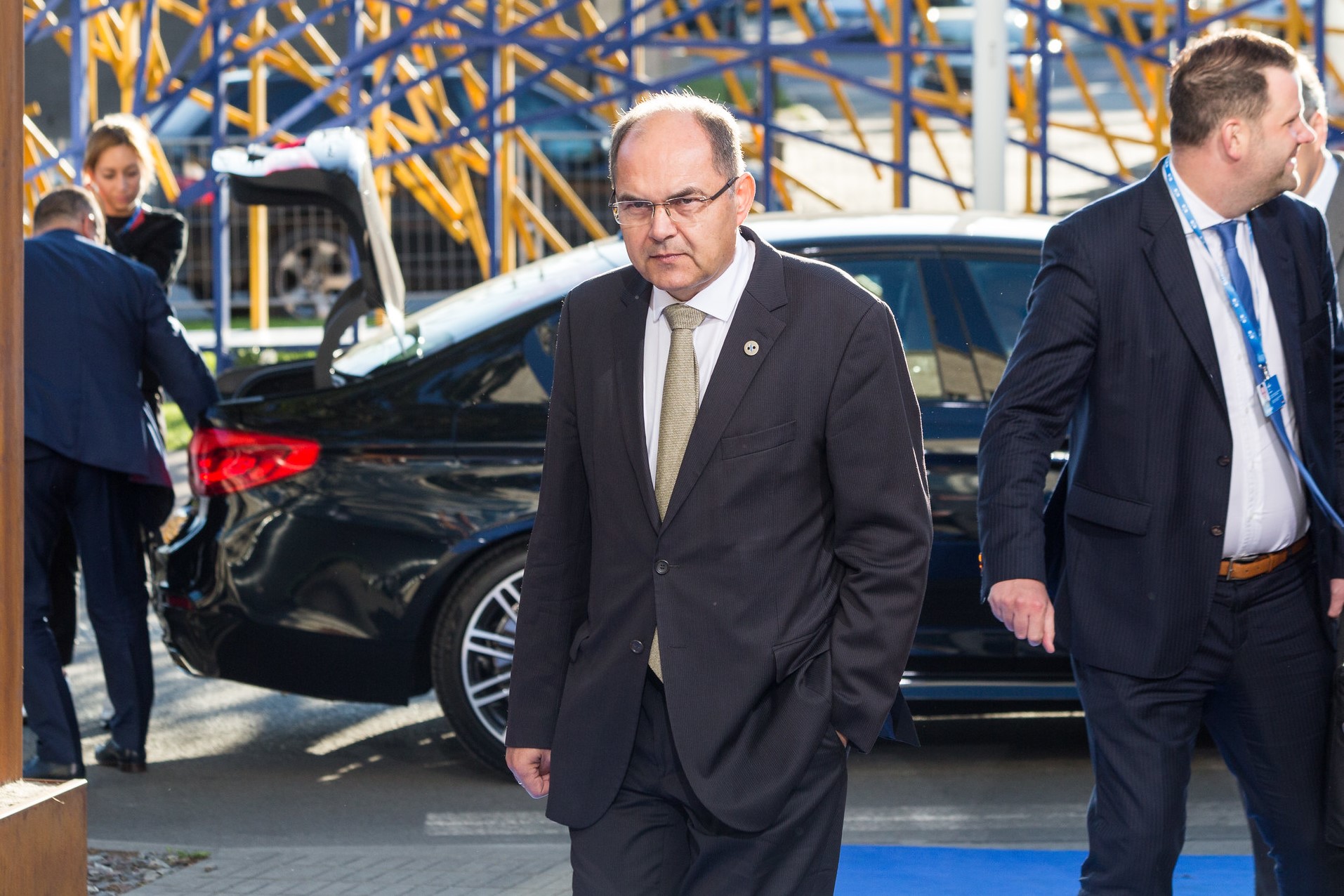 E&M Author and editor Sindre Langmoen explains recent events in Bosnia and Herzegovina, and how the West has employed anti-democratic methods in support of ethnocracy.

While votes were still being counted in the Bosnian and Herzegovinian elections on October 2nd, an unelected Bavarian man with quasi-dictatorial powers fundamentally altered the political landscape of Bosnia and Herzegovina (BiH) on behalf of Western powers.

By imposing changes to the constitution and to the election law, High Representative Christian Schmidt ensured continued ethnic segregation and the domination of nationalist strongmen in politics in the name of balancing ethnic representation. Another measure was imposed in the name of improving functionality and to avoid government gridlock.

To explain this situation, we must understand the notorious Dayton peace accord that brought an end to the devastating war of the 1990s, institutionalised ethnic division as the way to peace, and empowered an international representative to rule over Bosnian politics and institutions.

The Bosnian war lasted from 1992 until 1995, erupting after the declaration of independence of BiH from the Federal Republic of Yugoslavia, in the wake of a referendum that was largely boycotted and rejected by Bosnian Serbs. It was the second war, with the Croatian one being the first, to break out during the collapse of Yugoslavia.

During the war, ethno-nationalist forces dominated and in particular Bosnian Serb paramilitary forces sought to systematically ethnically cleanse the country, particularly of Bosniaks but also of Bosnian Croats. This culminated in the notorious Srebrenica genocide. Bosnian Croat forces also engaged in ethnic cleansing against Bosniaks and Bosnian Serbs, although to a lesser degree.

In this war, Bosnian Croat forces were supported by the neighbouring state of Croatia and Bosnian Serb forces by neighbouring Serbia (then still called Yugoslavia), both states pursuing an ethno-nationalist expansionary policy ultimately aiming at incorporating parts of BiH into their territory. The forces of Bosnia and Herzegovina, primarily Bosniak, enjoyed no backing by any neighbouring state, but were supported to a lesser degree by the Muslim world, most significantly Iran.

The war formally came to an end with the negotiation of the Dayton Accords, with international actors playing a crucial role in terms of putting pressure on the actors involved in the conflict and negotiating behind the scenes. The agreement was signed by the presidents of Serbia (Yugoslavia), Croatia and BiH, as well as the leaders of France, Germany, the US, the UK, Russia and the EU. It secured BiH’s status as an independent and sovereign state, while dividing the territory into two federal territories: the Serbian-majority Republika Srpska and the Croatian-Bosniak-majority Federation of Bosnia and Herzegovina.

This system, based on ethnic division, also provided for political power-sharing between the three previously warring ethnic groups, with a three-member presidency featuring Bosnian Croat, Bosnian Serb and Bosniak presidents on rotation every six months. The agreement solidified ethnic segregation in the country for the sake of short-term stability – a situation echoing the post-civil war Lebanese political structure.

Finally, the international community imposed upon the country the Office of the High Representative (OHR), with the mandate of ensuring the implementation of the agreement and of representing the countries involved in the negotiations of the agreement, primarily the EU and the US. Since August 2021, the High Representative for BiH has been Christian Schmidt, a German-Bavarian CSU politician and former minister.

Dayton succeeded in putting a halt to the open warfare and atrocities that were taking place, but it also entrenched and empowered the very authoritarian-nationalist political currents that had led to the situation in the very first place. Instead of breaking with the forces that led to war, it enshrined a continuation and empowerment of such currents into law. It empowered ethno-nationalists from all sides, but particularly Bosnian Serbs by conceding them a self-governing republic, and provided Bosnian Croats with a great share of power relative to their comparatively minor share of the population.

While ethnic division and tensions existed prior to the war, BiH’s deep segregation today is most significantly a consequence of the ethnic cleansing that took place during the war, and due to the ethnicity-based political power sharing structures imposed by the Dayton agreement at its end. Many previously multi-ethnic cities are now either ethnically homogenous, or divided across former frontlines. Different service providers, universities and hospitals sometimes serve different parts of towns.

A notable example of such segregation is the common separation of students in school through the so-called “two schools one roof” system, prevalent in the Croat-Bosniak Federation. Sometimes in the very same building, different schools cater to the different ethnic groups, divided by schedule or floor, students often never meeting. Across the country, students of different ethnicities usually learn from ethnic-specific curricula, which becomes particularly problematic when recent history is taught in different ways. In particular, Bosnian Serb schoolbooks skim over and sometimes whitewash or deny the worst war crimes committed by the Bosnian Serb side during the war.

Such segregation is not directly stipulated by the agreement, of course, but is a natural consequence of the continuous empowerment of ethno-nationalists during the past quarter century. This empowerment was meant to freeze the conflict, not solve it – and in succeeding, it also led to a generation of cronyism, corruption and political stalemates that has impeded any true political progress, which is also the stated reason for which BiH is repeatedly being denied candidate status in the EU.

The “Two schools one roof” system was found by the BiH Constitutional Court to be in breach both of the BiH Constitution as well as of the European Convention on Human Rights (ECHR). Meanwhile, in the Sejdić and Finci v. Bosnia and Herzegovina case, the ECHR found that the Bosnian and Herzegovinian constitution itself violated the European Convention on Human Rights, because it excluded “Others” such as Romani or Jewish citizens from the presidency and from the upper house of parliament. However, no steps have been taken to solve this issue, notably due to the empowerment of ethnocrats who are quite satisfied with the status quo, and who would lose out in the case of reform.

Within the current Dayton-based system, while Bosnian Serbs have their own self-governing entity despite representing less than a third of the population, Bosniaks (representing the majority of the population) share an entity with Croats. Meanwhile, on a state level, all three groups are provided with a more or less equal share of power despite differing greatly in size.

Moving towards a civic-based society with fewer ethnicity-based quotas and power-sharing would therefore benefit Bosniak citizens the most, while Bosnian Croats would lose the most political power; it would impede dreams of a separate autonomous Croatian entity and weaken their status as a “constituent people.”

Conflict between civic necessity and spirit of Dayton

The fundamental complication is the fact that citizens in the Federation have the freedom of voting either for a Croatian or Bosniak representative. This has led to a situation in which a moderate Croatian president has been elected thanks to the help of Bosniak voters instead of the candidate favoured by Croatian nationalists, who lobby for an autonomous Croatian entity in the country.

This dynamic has been widely rejected as illegitimate by the Croatian side, who lament their “under-representation” on the state level and reject the civic-minded Croatian member of the presidency as “illegitimate.” This is in part what the electoral reforms by the OHR aim to combat, as such a situation conflicts with the intentions of the Dayton accords.

This raises a delicate question. Within a political system that is built upon power-sharing between ethnic groups, the fact that one ethnic group can elect the representative of another group obviously violates the spirit of the agreement. At the same time, ethnic segregation and the empowerment of secessionist nationalists are bad and the empowerment of multi-ethnic, civic-minded political forces is obviously a prerequisite for the country to leave ethnocracy behind.

Through the electoral reform, the OHR has inarguably taken steps that strengthen ethnocratic, separatist elements and that greatly hinder BiH from developing into a cohesive liberal civic society. In his defence, he is following his mandate to uphold the spirit of the Dayton Accords – it is not in his authority to impose progressive electoral reform on the country, but to ensure that procedures follow the intent of the peace agreement that established his position.

While this may be true, it also seems that this decision, as well as its timing, are resulting from geopolitical interests of outside actors rather than stemming from a desire to ensure long-term political stability and a more prosperous future for the Bosnian people; it strengthens opponents of the idea of a multi-ethnic, sovereign BiH.

The “functionality package” would increase the size of the Federation’s House of Peoples (upper house of parliament of the Federation entity) in order to “correct over-representation” of certain ethnic groups in relation to others (notably Bosniaks in relation to Croats). It would also set deadlines and “consequences of ignoring” them in order to prevent parties from blocking the functioning of the entity’s institutions (a tactic used by the Croat nationalists in the past).

In practice, this would achieve two things. On the one hand, it would ensure the continued hold on power by Croatian nationalists and exclude the Bosniak-supported moderate Croatian representative from reelection. On the other hand, it would remove the tools previously used by Croatian nationalists against Bosniaks to sabotage and freeze the functioning of government institutions. In Schmidt’s own words, quoting Emperor Francis Joseph: “I am a good ruler if all my people are equally dissatisfied.”

In the aftermath of the OHR’s reforms, while Bosniaks and civic-minded citizens protested, Croatian and Serbian nationalists celebrated. Secessionist Serb nationalist Milorad Dodik stated that Serb and Croatian nationalist parties now will “decide everything. We will choose, whatever [the Muslims] think about it.”

At the United Nations Security Council, Bosnian and Herzegovinian UN ambassador Sven Alkalaj said that the OHR “completely destroyed the principle of rule of law which implies the equality of all before law without exception. In contrast, he created a system in which citizens, persons, individuals are not equal before the Election Law of Bosnia and Herzegovina.”

He argued that Christian Schmidt violated his mandate and is under the influence of neighbouring Croatia: “the role of the current High Representative has become destabilising in favour of one of the neighbouring countries, as well as some of his international mentors, but to the detriment of the state of Bosnian an Herzegovina and its citizens.” While the EU has distanced itself from the reforms, they were explicitly welcomed by the US and UK, and Washington is widely identified as their principal architect.

Noting that the mandate of the OHR does not extend to interpreting or altering the constitution of the country, he concluded that “anyone who performs the duties of the High Representative cannot do unconstitutional things or work outside of his authority.” There have been speculations that the Bosnian Constitutional Court may decide to overturn the reforms, with a ruling likely to be made in December.

Ultimately, it is difficult to conceptualise this situation without recognising its colonial and anti-democratic dimension – in no other European country would it be remotely acceptable for an unelected foreigner to radically alter the political power balance in a country in order to divide it along ethnic lines: it runs counter to any conception of liberalism and what the “West” supposedly stands for.

But, as the EU’s top diplomat Josep Borrell recently expressed, “Europe is a garden, and most of the rest of the world is a jungle.” In the Atlanticist mind, the Balkans are not considered to be an integral part of Western-European civilisation, but rather as its periphery; Western political elites therefore do not extend the expectations of democracy and liberalism to countries like BiH, which they prefer to treat as pacified protectorates. 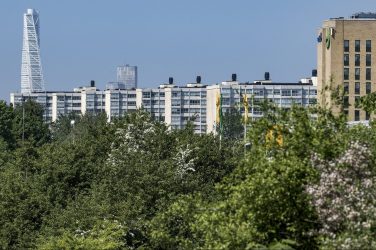 Behind the Scenes: Working towards inclusion