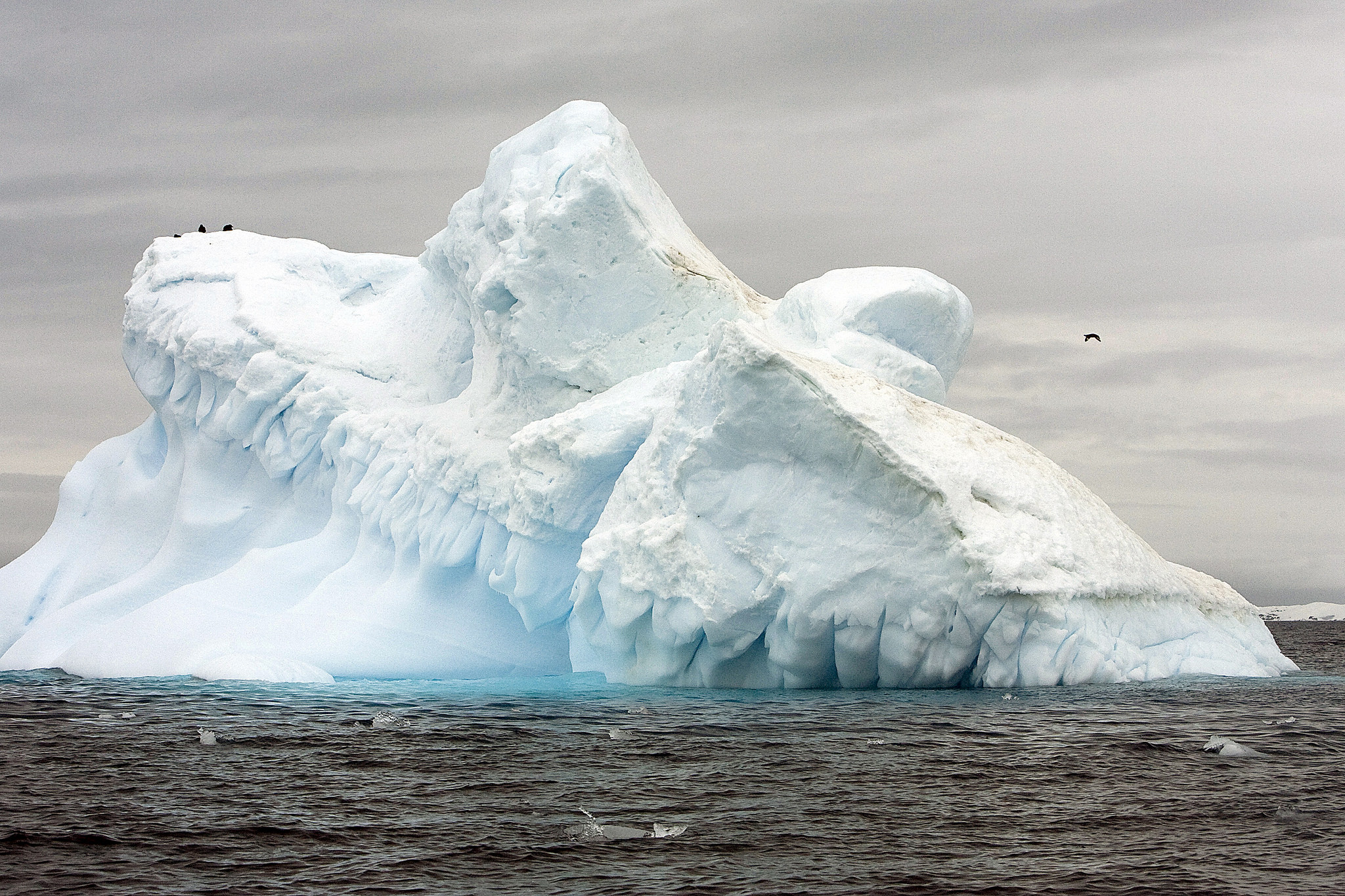 As the 24th Conference of the Parties to the United Nations Framework Convention on Climate Change (COP24) in Katowice, Poland, has come to an end, many critical voices to the yearly conference have been raised. A main concern for many academics, environmental activists and policy makers is that what has been agreed on in Katowice is simply not enough. Besides that, some smaller issues have also been pointed out. For example, one environmental organization criticized the meat-heavy menu available for the participants. Most options on the menu of the conference were far from climate-friendly due to its richness in meat and dairy. Others have criticized the fact that host-country Poland is still very dependent on its coal industry, and doesn’t seem to be very keen to change this in the near future.

Yet another often-heard critique is directed towards the fact that the UN sees the best chance in solving the ecological crisis by gathering thousands of people, from all over the world, in one single location, every year, to discuss plans, policies and budgets. The amount of people travelling to organize and attend the COP conferences results in massive amounts of CO2 emissions caused by air travel. And not only CO2, as other emissions caused by aviation are estimated to contribute to climate change at least twice as much as the effect of CO2 alone. The UN seems to believe that the role of the COP conferences in responding to the global ecological crisis is worth its contribution to climate change, and maybe they are right. However, the large majority of European politicians traveled to Poland by plane, as the organization of the COP24 did not even mention the climate impact of the different travel options on its website. To me it is incredibly striking to see all our political leaders refusing to walk the talk.

Why flying to a climate conference?

I am not going to try to convince you that we should all stop flying. It’s neither realistic nor feasible, and in some occasions not even desirable. Most politicians, activists and researchers from Asia, Africa and the Americas would not be able to attend the latest COP conferences if it wouldn’t be by flying, as recently most of them have been organized in Europe. As long as COP conferences are organized, it is crucial to include actors from all over the world in the ongoing conversation about our global environment. However, by now it is clear to most people in the world that we need radical changes for our society to be able to cope with the climate-related challenges. And our European leaders are clearly not ready to start making these changes.

Take the Dutch government, for example. Whereas back in 2015 it made a big deal out of travelling to the COP21 in Paris by train, it was not seen as an option for travelling to Katowice. Mark Rutte, the Dutch prime-minister, as well as a team of ministers and government officials, flew to Poland. And no, not everyone at the same time: Rutte himself flew back and forth on Monday, others arrived on Tuesday, some had to leave on Wednesday, others stayed longer. According to a spokesman, government representatives travelled together as much as possible. But mostly the governmental private aircraft was flying back and forth to Poland throughout the week.

When asked why it had been decided to fly instead of taking the train, the same spokesman explained: Poland is not one of the destinations where the Dutch government is trying to achieve a shift from air to train travel. It is too time-consuming and too inconvenient. Although the government didn’t see a point in going by train, many researchers, activists and even some members of Parliament did. From the Netherlands it took them between 13 to 17 hours, including many transfers and costing some hundreds of euros more than a flight ticket. And this is precisely the problem.

Mobility is a political choice

Because, why is it so incredibly inconvenient and expensive to travel through Europe by train? And why is it so incredibly cheap to travel by plane? It is quite painful to see the Dutch government refusing to go by train, complaining that it is just not very convenient, as that is precisely the problem. A problem that can be solved and that we need to solve. Anno 2018 (almost 2019) there is still no such thing as a European transnational train network, due to a lack of investment in the necessary infrastructure. Each European country has its own train network, its own system, its own train tracks and its own tickets. There are, of course, exceptions, mainly the international trains running between European capitals – these trains are mostly high-speed, very comfortable and, yes, very expensive. The moment you wish to travel by train to any destination that is not a European capital located within this high-speed network, you will probably have to schedule a few days for your journey, including many transfers. In some cases you will even have to buy different tickets from different carriers.

Train networks are still today a very national business, with little effort being made to integrate the different national systems into one European system that would allow for easy and convenient train travel across borders. This is because of the political decisions that have been made throughout the years. The fact that we do have a European network of highways but no European train network is because of political choices. The fact that airports have been popping up like mushrooms across the continent is because of political choices. Every euro that is invested in airports and highways instead of train tracks, is a political choice. The way we move around is political. And our political leaders flying to Poland are basically saying they don’t really care. If they would care, they would lead by example. They would take the train to Katowice, they would realize how inconvenient it is, and they would use their political power to cater for change. Maybe even for radical changes, the ones necessary to somehow secure our common future.

Choosing not to fly

Furthermore some academics and activists are willing to give up some comfort and convenience in order to lead by example. Especially within universities, the debate regarding the flying behavior among academics has been rising, as academics (and, ironically enough, climate scientists) are among those flying the most. The network NoFlyClimateSci aims to gather academics trying to fly less, as in the academic world not flying to attend conferences is still too often seen as “damaging your career”. The network tries to make it more acceptable for those building up an academic career to choose not to fly. Kevin Anderson, a renowned climate scientist, has not taken a plane since 2004, and has been able to spread a convincing message about why it is so important for everyone involved in the conversations about climate change to walk the talk.

Going back to Mark Rutte. When arriving at Katowice, he posted a tweet about the role of the Netherlands in stressing the urgency to tackle climate change and the responsibility of countries to transition to a low-carbon future. What follows are almost 200 comments, many of them from people questioning the prime-minister’s message due to either his CO2-intensive travel behavior or his support for plans to expand the capacity of Schiphol airport. Now imagine what a gesture it would have been, if either Mark Rutte or one of our other European leaders would have travelled to Katowice by train, on a trip taking more than 10 hours and requiring several inconvenient transfers. To show that he or she is serious about climate change. Imagine what kind of message that would have been.

We would finally see our politicians leading by example, allowing them to gain back a little bit of public trust. To walk the talk is crucial, not because it will make a difference for the climate, but because it will make a difference for us. Seeing our leaders do the right thing will inspire more and more people to do the right thing as well. Returning to the critique raised regarding the meat-heavy diet at the COP24, one environmental organization pointed out that: “what people eat at a conference may seem like small potatoes when it comes to curbing global emissions, but if those at the forefront of global climate negotiations aren’t going to ‘walk the talk’ at the highest-level climate conference, how can we expect the rest of the world to get on board?”. 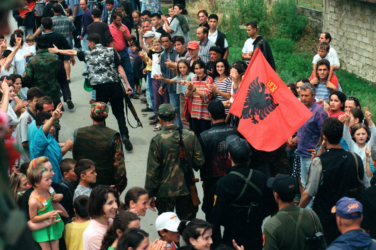 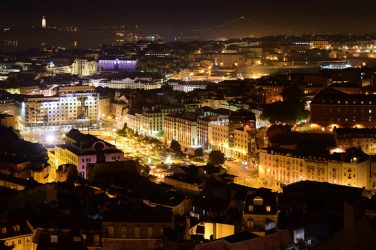 Europe, Russia and the “useful idiots”

As Jamala’s recent victory in the Eurovision song contest demonstrates, Ukraine will be making ...