In a 21st century hypersexualised Europe, the sex toy is surfacing as a trendy accessory, easily accessible. Technology has brought about a new wave of  extremely high-tech sex toys, featuring on all sorts of TV shows, advertised by celebrities, and for all genders. Whether you’re purchasing from a shady basement in London’s Soho district or openly parading into the enormous sex shops of Hamburg’s and Amsterdam’s notorious red light districts, sex toys are becoming increasingly more common.

Do millenials even use sex toys? Are they just for the sex-obsessed or are they becoming a norm?

We spoke to a few young Europeans on their perceptions and thoughts on the matter.

As a sexually curious adolescent I had never in my wildest dreams considered purchasing a sex toy. In fact, I thought it was far too wild for me and and strictly for sex-obsessed adults. I distinctly remember the first time I saw a celebrity talk about sex toys was seeing an interview with Eva Longoria talking about how she couldn’t live without her sex toy, the Rabbit. What excited me the most however was not even the idea of potentially purchasing a sex toy, but was seeing female influential figures openly talking about female sexual satisfaction. In my first relationship and throughout most of my adolescence, I never really placed much importance on female sexual pleasure, it seemed natural to me that in a heterosexual relationship, it was the male’s that was prioritised. As archaic and ridiculous as that may sound now, it seemed completely normal to me at the time.

By seeing influential female figures, embracing their right to female sexuality, I was shown the oppressive nature of my thoughts and the error of my ways. Women continue to be shamed for embracing their sexuality, and I think the increasing amount of female sex toys and women openly embracing their right to sexual satisfaction is only the beginning of sexual emancipation. This may seem banal, but discovering sex toys and what they represented for female sexual emancipation was something I found liberating and inspiring. And it’s true, there is something incredibly empowering about being open and proud of female sexual pleasure.

Whilst I can see the logic in assigning sex toys to an aspect of an ever liberalising/ less oppressive narrative by allowing us to explore our sexuality and find what we ourselves want in the sack rather than passively accepting the interests/ desires of our partners. As a queer person I find the rhetoric surrounding sex toys particularly problematic. The notion of ‘toys’, or the particular names of said objects, ‘rabbit’, ‘bullet’ or even a ‘butt PLUG’, serves to emphasise how the use of such is merely ‘play’ rather than ‘real’ sexual experiences, an appetiser rather than the main. The ‘real’ being penetrative hetero-sexual penile/vaginal intercourse. Can we enjoy and have fulfilling sex lives without penetration?

The notion of ‘toys’ serves to emphasise how the use of such is merely ‘play’ rather than ‘real’ sexual experiences, an appetiser rather than the main

I would say that it seems that millennials are so far perhaps the generation which understands their sexuality as more fluid than ever and not bounded by the logic of the LGBT acronym. I therefore think milennials have a queerer relationship to sex toys and are thus more open to playing with their sexuality without the fear of being labeled as deviant, but obviously within limits.

I always find the term ‘sex toys’ a bit weird and infantilising. It comes alongside a rhetoric that you see in a fair amount of sex-related products (Durex ‘play’ springs to mind). Which is not because I don’t think sex ‘toys’ are great, or because the more open space for sexuality in mainstream society that they can generate is negative, but because it reminds me too much of the impact of porn in how we do think about sex. The sexuality in porn can be an unrealistic portrayal which really undermines a lot of the function and potential of how people relate to one another sexually in the first place. Equally I’m not saying that a less serious approach to sex is a bad thing, but empowering people sexually is an important issue; particularly considering the heavily gendered power dynamic that accompanies conceptions of sex and sexuality. Infantilising an object that can be so beneficial to sexual experience, and I say this obviously from a female perspective, risks undermining the position of the female in that dynamic. I like that there is such a market for sex products that don’t introduce judgment into sexual experience. I’m also really happy that it only takes five minutes for me to go into work with a smile on my face in the morning, and that it’s something I feel justified in incorporating into my sex life. I just find the conflation between ‘toys’ and vibrators a bit uncomfortable.

90% of the young adults I know own at least one sex toy including myself, they have absolutely become the norm, especially for women. Now more than ever there is an awareness of the importance of female sexual satisfaction, sex toys are a big part of this and help enable women to be empowered by their sexuality. 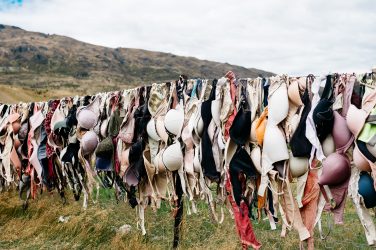 MythBuster: bras. They can go. Or can they? 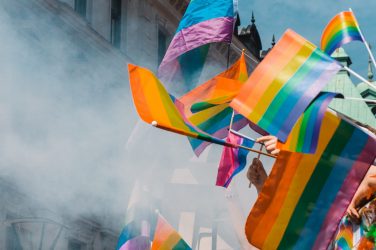 Most recently played by former MEP József Szájer, the character of the ‘gay homophobe’ ...