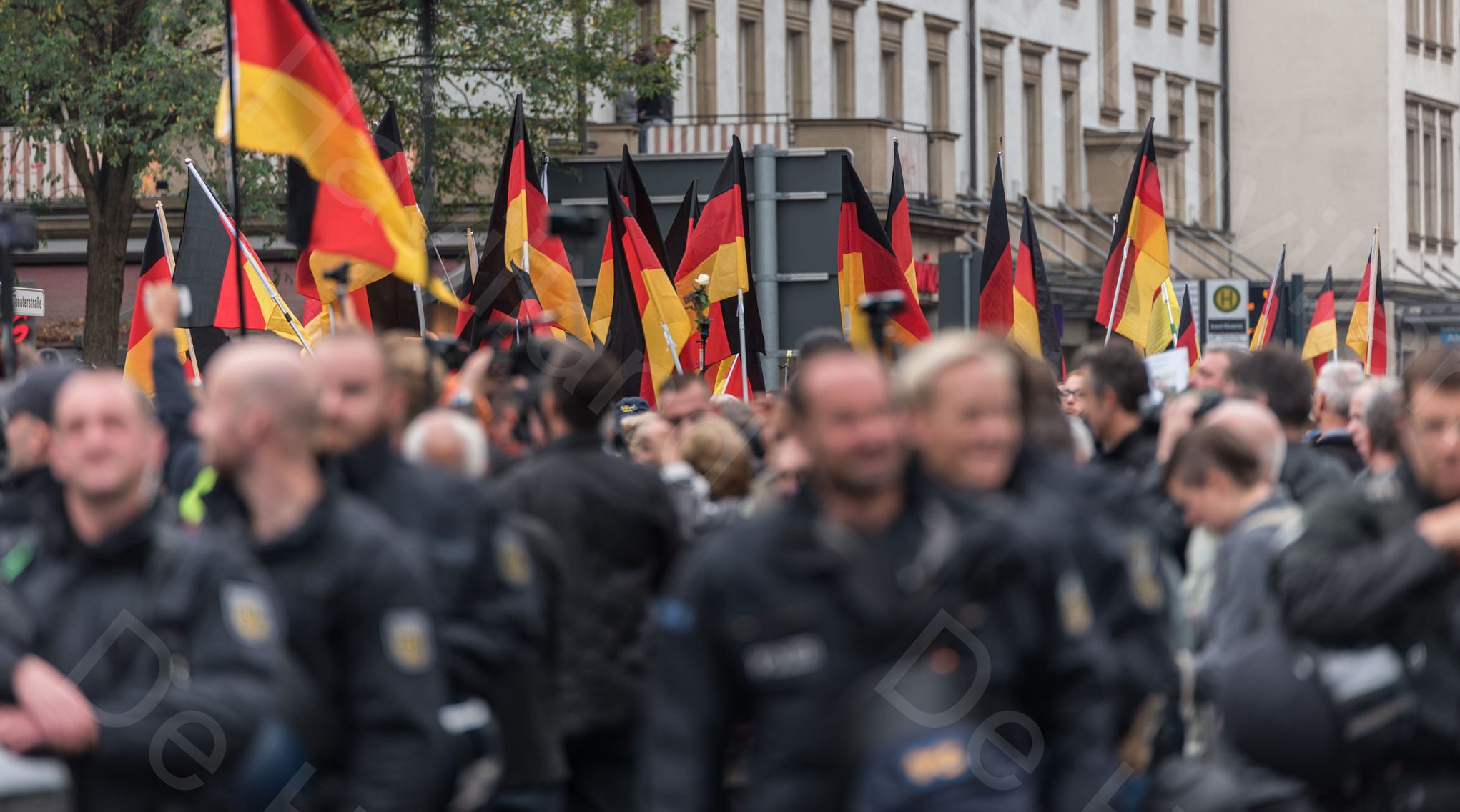 E&M‘s Friederike Sandow reflects on the recent events in Chemnitz, Germany, and her own fears at the implications. This article is a call for action.

I am sitting in front of fragments of newspapers, quotes, analytics regarding crime statistics in Germany and despite the material gathered, I am at a loss of where to start.

A year ago, right before the German national elections, I asked my Mum what we are supposed to do if the AfD – AfD stands for Alternative for Germany and is a far-right political party, founded in 2013 – finds its way into the government. Protest? Pretend it’s not happening? Emigrate? When do you know for sure that the ship you’re on is sinking? Within just four years, the AfD has become the third strongest party in Germany. They are openly antidemocratic, anti-Semitic, racist and xenophobic, while still managing to strike a chord with people in Germany who feel left behind and forgotten by mainstream politics and parties.

It’s the loud voice of a surreal anger that shakes the grounds of every bit of stability that has been accomplished since the late 1940s.

Of course, all of Europe and beyond (Hungary, Italy, the UK, the US to name a few) have to somewhat start dealing with this phenomenon and take it seriously – instead of feeling superior and considering half of their people lunatics. What we see unfolding in front of our eyes goes beyond some crazy irrationals. It’s the loud voice of a surreal anger that shakes the grounds of every bit of stability that has been accomplished since the late 1940s.

Over the past weeks, with an eye constantly on Twitter, being German felt scary. So how do I begin this article? With a slow run down of what has happened in the city of Chemnitz and caused the international press to turn a spotlight on right-wing tendencies in Germany – which looked alarmingly close to what the world has had to witness not even a century ago? Do I start with how the AfD managed to put its deliberately twisted claims into everyone’s mouth?

A quick rundown of what happened

In Chemnitz, a city in Saxony, a 35 year old man was murdered on the night of August 26th. The suspects taken into investigative custody were two men from Syria and Iraq. People being attacked, violated or killed should always cause uproar, investigations, calls for change and allow grief.

What happened in Chemnitz following the death of the Cuban-German man, however, was the instrumentalisation of a murder through the unleashing of bottled up right wing slogans disguised as a funeral march. As the people of Chemnitz, the police and family were still trying to grapple with the facts, a group of “concerned and grieving citizens“ was rallied faster than one thought possible. Right-wing organisations had called for a demonstration to express their grief and “to protect themselves“ – amongst the “protesters” were people from the Pegida movement (a populist, racist, anti-migrant grouping of Germans) as well as from the AfD party.

This protest, that stretched over days and saw – thankfully! – many counter demonstrations, managed to unleash a beast. Due to the sheer numbers and aggressiveness of the right-wing protestors, a sense of a safe space was created. People openly proclaimed racist comments, Germans did not care being filmed doing the Nazi salute (which of course is a punishable offence) and a video emerged that showed the self-titled grieving protestors ‘chasing after migrants’ – something that was described by eye-witnesses as a chivvy. This was not a funeral march. This was the fire signal of a group that was only waiting for a reason to gather. The velocity in which they did was and still is alarming.

This alone is reason for despair. The video showing protestors run after people that appeared to be of migrant background was then labelled as “maybe misleading” by Maaßen — at the time still president of the German Federal Office for the Protection of the Constitution – without any reason to doubt its veracity. Instead of admitting that Germany clearly has a problem, the President of the Office that is supposed to protect the German Constitution, rather wanted to sow the seeds of doubt and to give the right-wingers the benefit of the doubt. That alone was a fatal and shameful message to Germans with a migrant background as well as foreigners living in Germany and considering it either their home or a safe haven, sought out in need of protection.

The extent of how deeply engrained, accepted and tolerated the far-right in Germany is needs to jolt awake every German who values democracy and peace – so, basically, everyone.

That the warrant of arrest against the suspects of the murder furthermore was leaked by a judicial officer in Saxony and made public, thus allowing a witch-hunt, goes beyond despair. It means we are in deeper shit than we had any inkling of knowing. We knew it was bad. But the extent of how deeply engrained, accepted and tolerated the far-right in Germany is, and not only in ‘some backcountry citizens’, needs to jolt awake every German who values democracy and peace – so, basically, everyone.

The success of AfD is our failure.

The AfD is the largest opposition party in Germany. It’s so far-right that even having them in the opposition is an affront against democracy and humanity. But oh, do they know how to mobilise people. How to make false promises. How to dance in the reigns of politics without having a substantial programme or plan that goes beyond slogans that are easy to shout. They know how to talk, they know how to appeal to people. They even know how to manipulate so well, that their words found their way into the global mainstream media where they have been repeated constantly, without anyone batting an eye.

Surely you have heard that “it all goes back to Merkel and her opening the borders in 2015 to the gigantic influx of migrants.” You read references to this “border-opening” across all media, whether left, right or moderate. (See the New York Times, the FAZ, the Guardian). This is as incorrect as can be. Merkel, even if she had wanted to, never had the power to open any borders. They were naturally open, as the Schengen Agreement has removed border controls back in 1985. This false narrative, deliberately scattered by the AfD, has been repeated internationally and has become the new truth. It’s such a successful work of propaganda, it would almost be impressive if it wasn’t so scary.

AfD politicians seem to be the ones listening, when everyone else has long stopped listening. Their success is, of course, partly the big parties’ failure: their cockiness, their misjudgement and their tactic to tolerate fear mongering if it wins them seats in the next election. It’s the big parties’ failure to take the concerns and sorrows of the population seriously.

A party that is the third strongest in Germany is not the result of some lone votes. It‘s not a minority. It‘s a fact.

But their success is also our failure. My failure. My friends’ and neighbours’ failure to speak up, defend, and be uncomfortable instead of accepting views that have no place in a country that has seen and experienced the abyss of humanity and cruelty. Denying, trivialising or defending acts with a right-wing base only leads to strengthening them and their ideals. At the same time, we need to stop seeing AfD voters as deranged minorities. A party that is the third-strongest in Germany is not the result of some lone votes. It’s not a minority. It’s a fact.

Allow me to quote an interview with Traute Lafrenz, published by Der Spiegel on the occasion of what would have been the 100th birthday of the founding member of the non-violent resistance group the White Rose – Hans Scholl. Traute Lafrenz, now living in the US, is the only member of the White Rose still alive today, and her words weigh a lot more than mine. They carry a warning which needs to find its echo now more than ever.

“I have seen photos of what has happened in Chemnitz in American newspapers – and suddenly, I got very cold.” In her interview she warns about idolising people like Sophie and Hans Scholl for their bravery. She suggests, without discrediting them for their ideals and beliefs, that they were not without faults – no one is. She fears that in idolising them for a bravery to speak out against wrongs, people could set the barrier too high to follow suit. “They were careless whilst being brave. They made mistakes. It’s important to not put them on a pedestal. No one was holy, anyone could have done something.” Anyone could have done something.

Anyone can do something. Have we learned the lessons of history? Or are we accepting that history runs in circles? 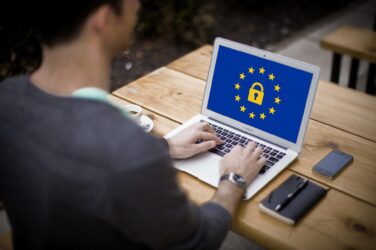 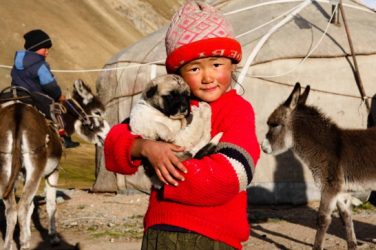 Is the EU investing in a value driven foreign policy? Writing from Uzbekistan, E&M ...