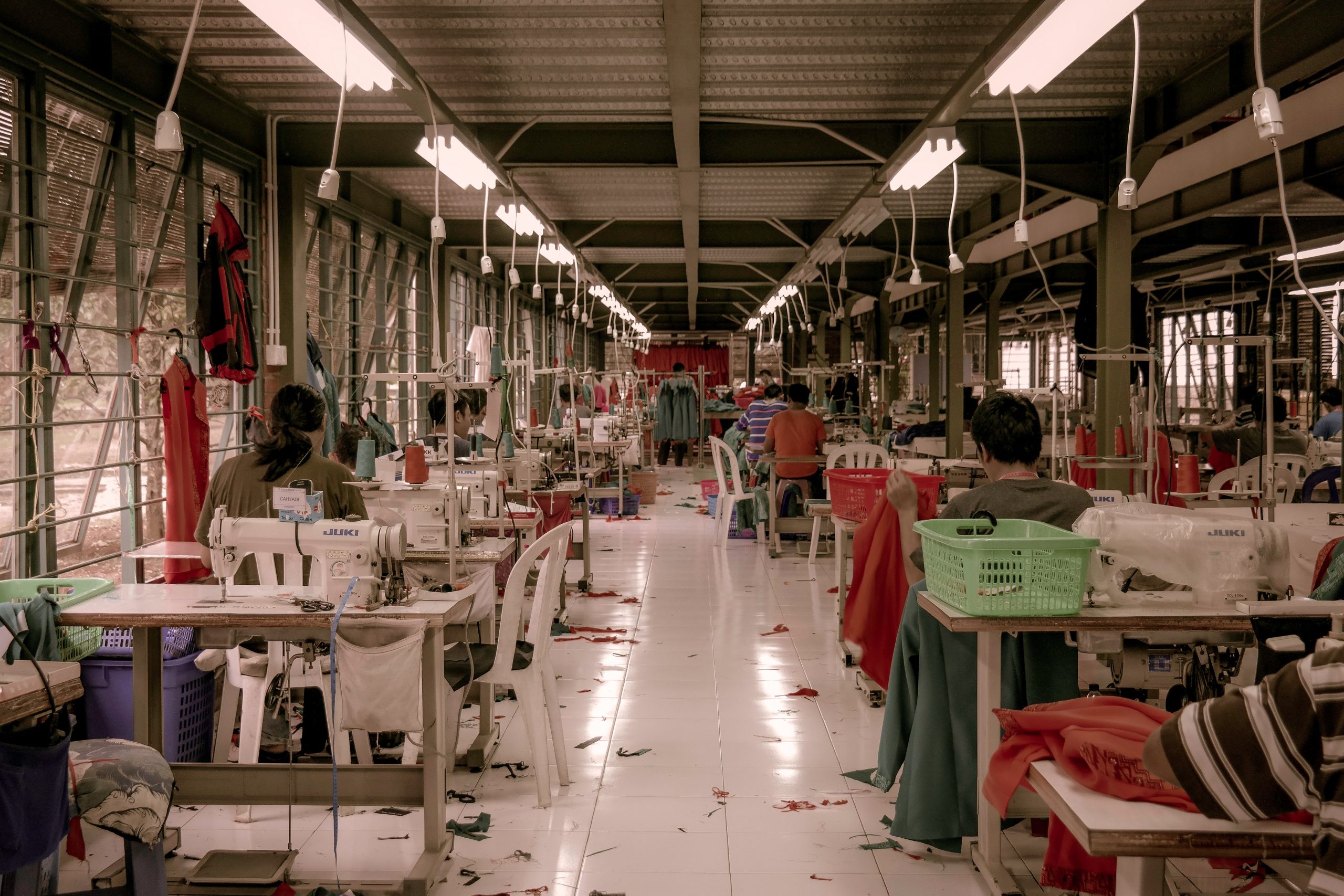 Everything has a cost, including fast fashion. While many of Europe’s favourite retail fashion brands are cheap for consumers, garment workers in the Global South pay a high price so companies can keep profits high and price tags low. The deadly Rana Plaza fire in 2013 was testament to that. 6th Sense staff writer Martyna Leśniak writes about what happened since the fire – and how an accord drawn up to protect garment workers in the wake of the tragedy is currently set to expire without replacement.

A little more than eight years ago, on April 24th, 2013, the deadliest disaster of the modern clothing industry happened. Ten kilometres from Dhaka, the capital and economic powerhouse of Bangladesh, the building of Rana Plaza collapsed. 1,134 workers, mostly young women, died and nearly 2,600 were injured. The building housed five garment factories – producing clothing for European and US fast-fashion giants such as Primark, Mango, Walmart, and Benetton.

Apart from the tragic cost in human lives, what was most shocking about the disaster was its preventability. Just the day before, structural cracks were discovered in the building after which the shops and a bank located on the lower floors were closed. Yet, the garment workers, despite their reasonable fear and hesitation, were pressured into returning to the factories on the 24th. Factory owners and management’s profit-above-all-else attitude and willingness to risk workers’ safety on that day became representative of the exploitative practices prevailing in the clothing industry. What followed was a belated yet substantive action.

On May 15th, 2013, the Accord on Fire and Building Safety in Bangladesh was signed. The day the agreement, commonly referred to as the Accord, went into effect, marked the beginning of change in the right direction. Unfortunately, the upcoming months may mark the end of it.  Initially, the Accord was set to expire with no proper replacement by the end of May 2021. At the last minute, retailers and garment workers agreed on a three-month-long extension to allow for more negotiation on its potential replacement – the Accord’s future is still in danger. And with it, the safety of over two million Bangladeshi workers in the clothing industry.

While the dire working conditions of garment workers in South and Southeast Asia were no secret to anyone who paid attention, it was the Rana Plaza tragedy which made it impossible to keep ignoring the gruesome status quo. The severity of the disaster strengthened the position of Bangladeshi and international trade unions and labour rights organizations who have been pushing for change for years. Until 2013, they were largely met with refusal from the fashion brands. However, in the beginning of May 2013, the Accord was released and a few days later H&M – the largest buyer of apparel from Bangladesh – announced its intention to sign the document. Eventually, more than 200 fast-fashion brands and retailers signed the Accord – including Inditex (one of the world’s largest fashion retailers with brands such as Zara, Pull&Bear, Massimo Dutti, Bershka, and Stradivarius) as well as Mango, Desigual, Puma, Adidas, Tally Weijl, American Eagle and many more brands which logos have a permanent place in Europe’s urban landscape and Europeans’ closets.

All of the above-mentioned brands became parties of the “legally binding agreement between global brands and retailers and trade unions designed to build a safe and healthy (…) Industry” which very soon proved to be largely effective. As experts claim, for the first time fashion brands were being held accountable for what happened in their supply chains, which has meant that real money started being invested in workers’ safety. Importantly, with a well-working complaint system, tangible results of independent safety inspections, and responsiveness to trade unions’ concerns, garment workers developed a true sense of trust that the Accord works. And that trust has not been abused – in the eight years of the agreement being in place, over 144,000 hazards across 1,600 garment factories in Bangladesh have been identified and more than 90% of them were remediated.

Currently, the agreement which brought about this urgently needed change is at serious risk of expiring with no adequate replacement. Despite the immediate threat being temporary resolved by the last-minute three-month extension decided on Friday 28th of May, the future of the Accord is far from secure. As New York Times reports, Christy Hoffman, the general secretary of UNI Global Union’s – a worldwide trade union taking part in the negotiations with fashion brands – informed the press that brands insist on a legal solution which “does not include key elements of the Accord, such as individual brand accountability and monitoring by third-party auditors”. Furthermore, the 2013 agreement’s witness signatories – such as the Clean Clothes Campaign and the Worker Rights Consortium – publicly warn that the consequences of such a solution may be disastrous for workers as clothing brands once again will be accountable to no one but themselves and an uneven set of local health, safety, and labour rights regimes.

As much as there has been immense progress since 2013, this work is not the kind which can be done once and for good. Much is still to be done to make garment factories safe places to work. For example, as of 2021, among all Bangladeshi factories producing for H&M, 44 “pose safety hazards that require immediate attention” and 161 “lack a fire suppression system”. Continuing real action is needed to prove that “Rana Plaza Never Again” was more than an empty slogan.

The prevalent issues of the clothing industry neither start nor end in Bangladesh or other garment-exporting Asian states. As of 2019, the European Union is the largest apparel importer in the world, accounting for as much as 34.2% of all imports globally. In the same year, Bangladesh was the second largest exporter of clothes to the European Union (with 15 billion Euros paid by EU countries) and, in general, over the half of clothing items imported by EU Member States came from non-EU countries. In 2017, the EU produced 7.4 kg of textiles per person while consuming nearly 26 kg. Meanwhile, clothing prices have kept dropping. This could not have been possible without high environmental and, as in the case of Rana Plaza, human costs paid by workers far away from the European brands’ headquarters.

For an average piece of clothing only between 0.5-3% of the cost goes to the worker who made it. At the same time, as of 2018, the German sportwear brand Adidas made $1.06 billion in profits, the Swedish fast-fashion giant H&M had a profit of $1.28 billion and a Spanish multinational retailer Inditex made a staggering $4 billion. Each of this top companies of the fashion industry produces its clothes in Bangladesh, among other countries, and each benefits enormously from the availability of cheap labour.

The history of the Accord on Fire and Building Safety in Bangladesh proves that while progress is possible, it is never secured once and for all. Rana Plaza, besides being a horrendous tragedy, was one of those rare cases in which the reality of the fashion industry made headlines and cast a shadow over the shiny catwalks and dazzling shop windows. Yet, every day a multitude of human suffering in garment factories goes unnoticed. It has been proven again and again that the responsibility for bettering the situation of garment workers cannot be left to the companies whose clothing they produce. Fast-fashion brands, when left without oversight, at best create an aesthetic of change. Moreover, providing workers with safe working conditions is still only one of the elements of urgently needed action to ensure workers’ socio-economic security as well as fairness and transparency in the industry. Today, with the increasingly striking income disparity between fashion influencers with paid partnerships and workers at the opposite side of the supply chain, gender violence and discrimination prevalent in the industry, new forms of abuse in times of COVID-19 and clothing industry’s contribution to the climate crisis, we need real political change, including a meaningful replacement of the Accord, and we need it now. 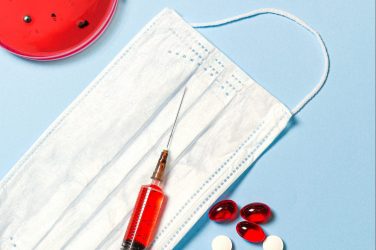