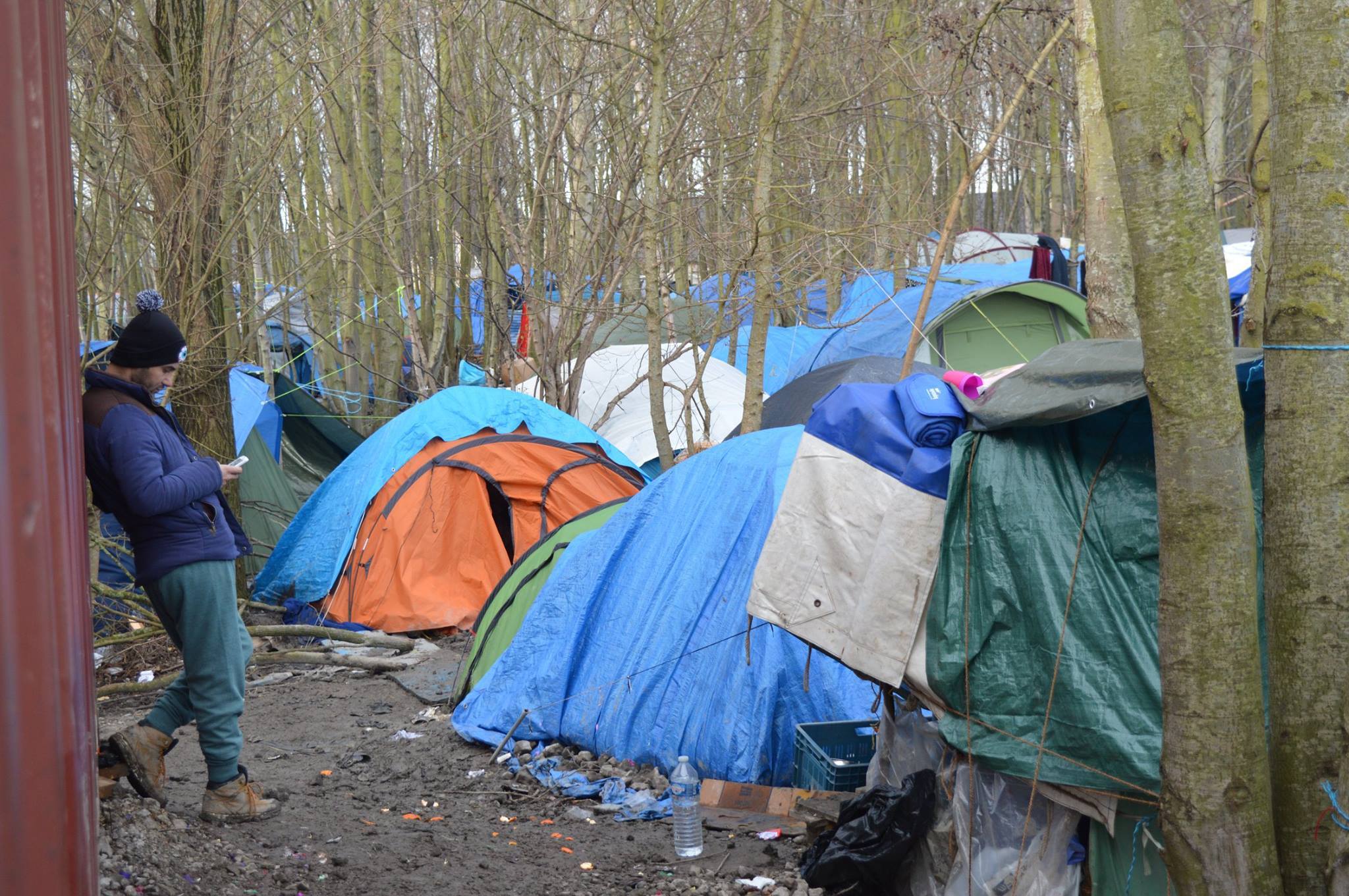 The past few weeks have seen a surge in media coverage of the Calais ‘Jungle’, the refugee camp that is home to those fleeing conflict, persecution or economic instability in countries as far ranging as Ethiopia to Pakistan. The camp and its inhabitants are currently under serious threat from the French authorities, who are in the process of dismantling the southern half: an area of 7.5 hectares that is home to a population set at a contested 3,500. Whilst the situation in Calais appears to be heading from bad to worse, there seems be a glimmer of hope just over 40km up the coast, in Dunkirk.

Dunkirk, the other camp

In February, I visited the ‘Jungle’ before the demolition process had begun; I also visited the camp in Dunkirk which has been so sorely neglected by the media. Before leaving London I had heard rumours of this ‘other camp’, a place so far removed from even the most basic standards of living that I found it hard to consider as a reality. As with stories concerning the Jungle, there were mixed opinions, mixed truths: no one concrete picture of the Dunkirk camp emerged. After spending a morning helping out at one of the volunteer warehouses in Calais (L’Auberge des Migrants), I found myself in the back of a somewhat rickety old Renault, with a boot full of rice and vegetable stew, headed for Dunkirk.

The entrance to the camp is a rather inconspicuous residential area, the only signs being glimpses of blue tarpaulin and scattered plastic bags if you peer through a small wooded area penned in with chicken wire. Upon arrival, we were greeted by a small group of French gendarmes who checked our identity cards, as well as the car for anything they deemed to be ‘illegal’. One of the most controversial rules of the camp is that no building materials are allowed in, a policy created in the hope that no informal, shanty town-style structures could be created, as had been in Calais. Unsurprisingly, this is something that is currently being implemented in Calais during the camp’s demolition: anyone entering the camp is being checked for building materials or tools, both are prohibited. Dunkirk, then is purely a ‘temporary’ camp.

In a place that had stripped people of human rights, human dignity even, the majority were attempting to go about their daily business with heads held high.

Temporary, I was to find out, faintly resembled the last day of a music festival, when everybody had left their broken tents and rubbish to slowly disappear into an overwhelming sea of mud. Instead, however, of the occasional lost festival-goer picking their way through this almost post-apocalyptic scene, Dunkirk has become a home for around 1000 people (the number varies), predominantly Kurds, who have travelled there either alone or with family. Whilst the hastily assembled tents and makeshift shelters did indeed scream temporary, many have been in Dunkirk for months, some for over a year. December and January had been blighted with below zero conditions, there had been snow; February had left the camp devastated by that most common of weather problems: mud. Looking around, I can only remember how astounded I was by how normal everyone looked. In a place that had stripped people of human rights, human dignity even, the majority were attempting to go about their daily business with heads held high.

Part of the Auberge’s volunteer work involves a daily food distribution service to the Calais and Dunkirk camps; whilst they also provide food packs with dried and fresh foodstuffs, the kitchen in the warehouse turns out around 1,500 hot meals per day. Along with two girls from Switzerland and another Brit, I was involved in this distribution process for the week I spent in the camps. We were also helped by Hamid*, a Kurdish teenager from Iraq who had travelled to Dunkirk in the hope of joining his family in Slough. Hamid had been in this ‘temporary’ camp for 7 months, and he told us that most nights he would attempt to cross over to the UK on the back of a lorry or truck.

Hamid, who is only 15, is in this precarious position due to a piece of European legislation known as the Dublin Regulation, which states that the European state that is the point of entry for a refugee or migrant is the only state where they can, legally, seek asylum. For Hamid, and for many of the people living in Dunkirk, the fact that they are currently in France would mean that the UK could, by law, deny them entry on the basis that the UK is not their first point of entry into the EU. Gov.uk states on their website that someone with a family member who is either a British citizen, someone who has settled in the UK, or someone who has claimed asylum or humanitarian protection in the UK, is eligible to apply for a ‘family of a settled person’ visa. I would also mention that this visa costs a cool £956 for someone in Hamid’s situation. The combination of the Dublin Regulation and the fact that the UK has its border on French soil means that Hamid, and many others like him, are stranded in the no-man’s land that is Dunkirk.

A humanitarian alternative in grande-synthe

I mentioned earlier a glimmer of hope in the face of the atrocities happening at the moment in the ‘Jungle’; indeed there is hope for those currently residing in the appalling conditions of Dunkirk in a collaboration between the loyal Green mayor, Damien Carème, and the charity Medecins Sans Frontières (MSF). Both have taken the initiative, in spite of the French government’s absolute refusal to provide funding, to build 375 wooden cabins that will be able to house 2,500 people from the Dunkirk camp, and potentially from the Calais camp too, in the new Grande-Synthe camp.

They provide sanitary, clean, and warm environments that are a huge leap away from the muddy wasteland of tents that I visited in February.

MSF have funded just over two thirds of the project’s €3.1 million budget, with the local town hall footing the rest of the bill. Whilst the cabins do not attempt to solve the long-term problem, they provide sanitary, clean, and warm environments that are a huge leap away from the muddy wasteland of tents that I visited in February. Construction is still taking place in Grande-Synthe, with just over 200 cabins already completed, but families have begun to move into shelters that provide proper lavatories, heating, a collective kitchen, public lighting and a field hospital. Most importantly, however, is that people are free to come and go as they please – there are no fences, nor are their guards enforcing identity checks and taking finger prints, as has been implemented at the state-sponsored container ‘housing’ recently opened in Calais. Mr Carème has been subject to widespread criticism from the French government as well as Conservative politicians in the UK. Jean-Francois Cordet, the government’s representative in northern France, was reported as saying last month, “The government’s policy is not to reconstitute a camp at Grande-Synthe, but to make it go away,” in The Telegraph.

Mr Carème and MSF have, however, acknowledged the fact that this crisis is not about to go away anytime soon, and that a humanitarian, albeit short-term, solution is manageable to alleviate some of the traumas that the people in the Dunkirk, and Calais camps have experienced. I hope to return to Dunkirk in a few months, and I hope either to find Hamid living a semi-normal life in one of these new shelters, or to learn that he has successfully joined his family in the UK.

If you also wish to volunteer in Calais or Dunkirk, the following website provides all the necessary information – www.calaidipedia.co.uk – there are also various Facebook pages with useful information on getting to Calais from the UK, and accommodation. 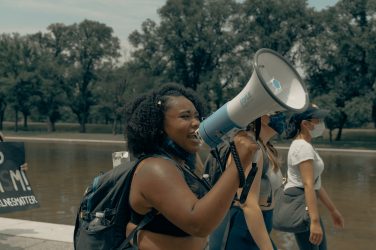 #BlackLivesMatter: We want to be and do better.

We want to educate – ourselves and others. We are a predominantly white editorial ...