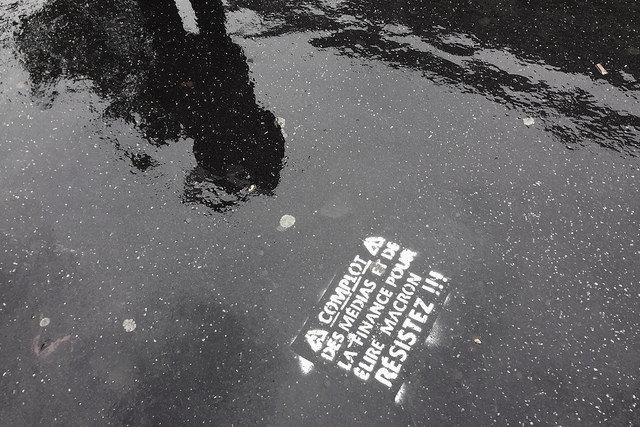 Our editor Isabell Wutz points you in the direction of a few articles guaranteed to make you ponder. Read about the hard choice between voting strategically and per your beliefs in the upcoming French elections, how social media influences our lives, and watch how and where human population developed over the last 200,000 years.

The hard choice between voting strategically and per your beliefs

Amidst the French elections, I constantly ask myself: Is this a time for optimism or anxiety? Before the first round, I was optimistic that populism and right-wing propaganda would not have the majority and indeed, the results strengthened my optimism as liberal candidate Emmanuelle Macron got out ahead of Front National’s Marine Le Pen. However, with these two candidates racing each other for the French presidency, my anxiety began to rise again. Predictions of polls and experts indicate little chance for Le Pen to win as voters from the other parties would mobilise against her as they had done in 2002 when her father Jean-Marie Le Pen was candidated, but it is exactly this that makes me nervous.

Other candidates, such as François Fillon called on their supporters to vote for Macron, however, the popular candidate Jean-Luc Mélenchon, who came in fourth in the first round, did no such thing. These portraits of several young French people in Die Zeit give an insight of the struggle of Mélenchon voters. For some, this face-off is a choice between ‘la peste et le cholera’ and instead of voting they abstain. Some only vote reluctantly for Macron and call it a vote against Le Pen but not for Macron. The question arises: are the votes against Le Pen going to be enough to keep her out of office?

This New York Times article reviews the topic of voters who abstain, especially among those from the poorer areas of France. Their decision to abstain might determine the whole election, possibly in favour of Le Pen. An article by Fabian Federl depicts such a possibility in the example of the small town of Hayange where mayor Fabien Engelmann is of the Front National. He received the support of just one-fifth of eligible voters in the town, enough to win. A scenario which can be repeated on Sunday if people won’t be bothered to go out and vote. But, who am I to tell people in France to give their vote to someone they do not agree with? It is easy to say it from the outside: “just do it for the sake of Europe”, but where is the line between adhering to your own beliefs and hopes and denying them for a higher cause?

Elections are the heart of a democracy but also rare occasions where the people can finally show their power and try to lead their country in the desired direction. No wonder that some people are reluctant to vote strategically and not per their wishes, but can they afford to do that? It is already clear that this election is not an election of affinities but of strategy. Not voting is not a vote for Le Pen or Macron, but it is also not one against either of them and means that one leaves the choice to the rest of the voters. The question is, do you trust them and will you be satisfied with either outcome?

I guess we will see on Sunday if Europe will breathe a sigh of relief or collapse. Until then I am staying anxious (with a bit of optimism).

6-in-10 get their news from social media

In times of formation of opinions, as we need and see it in election processes, the importance and impact of social media become clear again. We all know by now that we live in echo chambers through our social media accounts, meaning that Facebook and Co show us news and information that we already agree with, making us believe that the majority thinks the way we do because we are not confronted with opposite views. This becomes especially unsettling and dangerous when the majority of a population gets their information through social media. According to Pew Research Center, 6-in-10 adults inform themselves on social media platforms, leaving the choice of news that they see on algorithms. The algorithms use our behaviour on social media to determine the news feed and what we read at the end, but what would happen if someone likes everything that appears on Facebook? Mat Honan did this experiment for two days and shares what it did to his news feed and to him. His stories reveal how dangerous it might be to rely solely on information that is pre-arranged by a computer. But social media is prevalent and this Forbes piece gives an interesting insight on how social media impact our relationships.

And the end I only want to share a video that I have seen and that left me again between optimism and anxiety. It creatively shows the growth of human population on earth through time and also has a quick look into the future. How and where did the population grow? Can we go on like this? 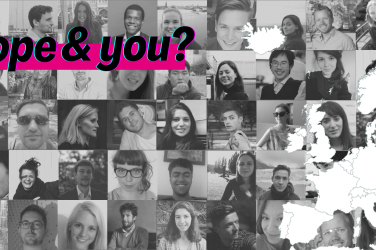 Do you want to gain first-hand experience in journalism while supporting independent media in ...