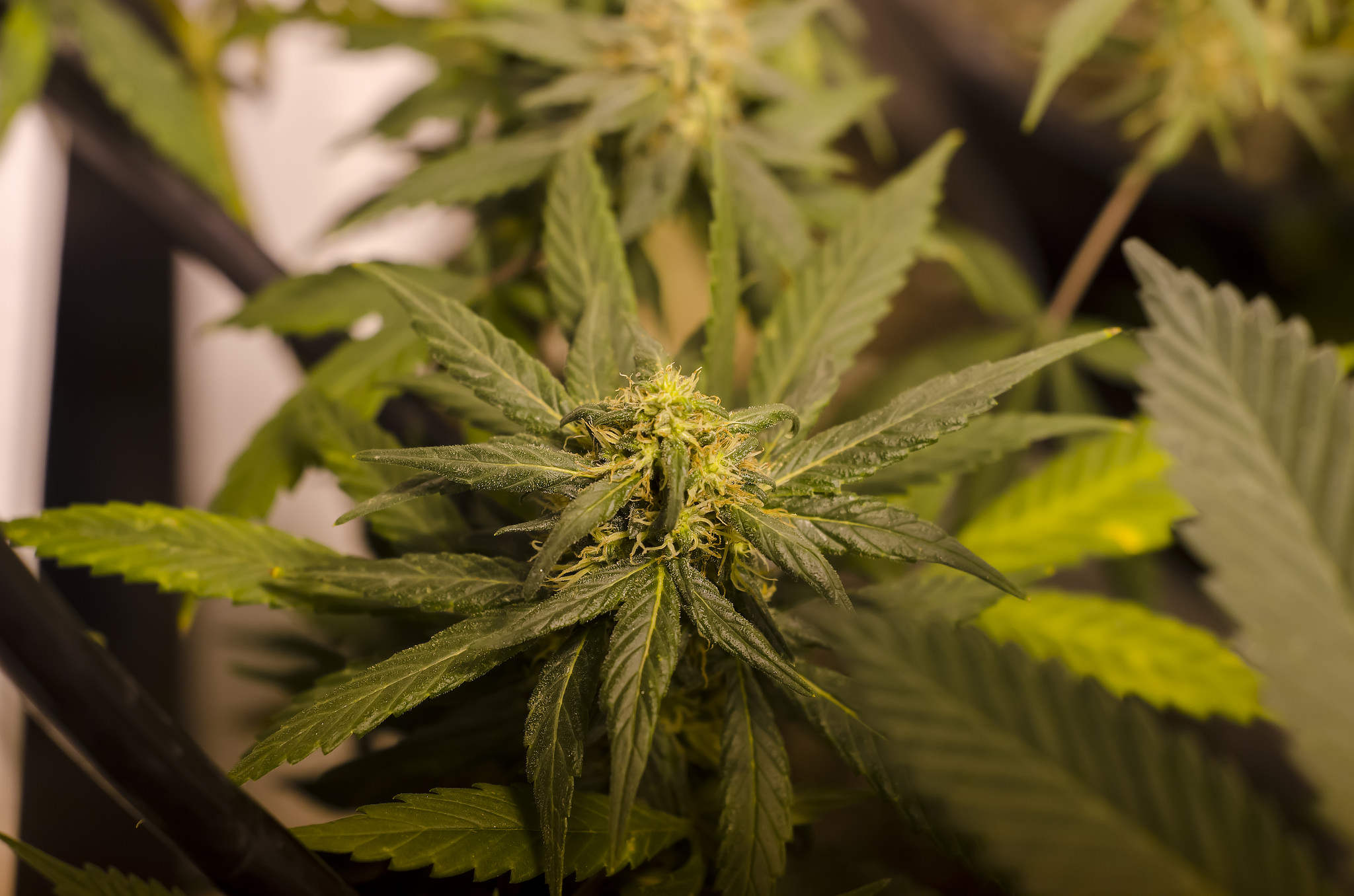 Liberalised marijuana policy seems to be on the horizon for Europe and the world, and many are looking to the US model for guidance. But should they?  E&M’s US correspondent Allison Welty investigates:

Marijuana policy in the United States is an enigma, to say the least. Although 10 states have legalised recreational use through the use of referendum-style ballot initiatives, and medicinal marijuana is legal in 33 states total, it is still outlawed at the federal level, and it remains to be seen how state policies will fare under a new attorney general. However, it is easy to see why proponents of marijuana are hopeful and why many assume full legalisation is inevitable. The past forty years of America’s marijuana policy have been somewhat of a liberal success story, with many progressives in particular characterising these winning ballot initiatives as proof in the power of grassroots organising. Ultimately, it is easy to view the reversal of marijuana policy as proof that social progress, however long delayed, is possible.

Of course, the reality is far from being this simple. The story of how marijuana became the cornerstone of America’s War on Drugs and evolved over time to become a legal, trendy, and immensely profitable product is both strange and intricately reflective of American society itself. While there are undoubtedly many benefits to legalising the industry, it is impossible to understand US marijuana policy without confronting some of the more shameful realities of American history and society. Not only has legalisation largely succeeded in exacerbating the racial and economic injustices built into the fabric of our political system, but marijuana advocates, industry leaders, and policy makers are continually failing to address these issues as legalisation moves forward. And as it moves forward at a break-neck pace, the system is being built in favour of large corporate interests and with seemingly little regard for sustainable supplies of the product. The story of legalisation in the US is far from the progressive dream many believe it to be.

However, the US continues to be a model for legalisation. Canada recently made headlines for being the second country in the world, behind Uruguay, to legalise recreational use nationwide, and countries like Thailand and Mexico are also liberalising their policies. Luxembourg is preparing to be the first country in the EU to legalise recreational use, and with widespread speculation about the future of marijuana in Europe, many are wondering if they can duplicate the financial success of the US. But without a similar ballot initiative system, what might the process of legalisation actually look like? And is possible to legalise marijuana without replicating the dangers of the American model?

It is difficult to understand the US “War on Drugs” without understanding the systemic racism built into the US economy and justice system. If you’ve ever felt like listening through some of the Nixon tape recordings, you will know the initial motivation for targeting marijuana use had less to do with a principled stance against drugs, and more heavily influenced by Nixon’s prejudice against Jewish communities. By the 80s and the time of the Nancy Reagan “just say no to drugs” campaign, these policies and law enforcement strategies targeted Black communities with incredible precision. Dozens of state and federal studies show that marijuana use is equal between white, black, and latinx users, despite that fact that historically, Black and Latinx users are nearly 3 times as likely to be arrested and prosecuted for possession and use. These arrest statistics directly contribute to the US’s myth of black criminality, and it is easy to see how this skewed drug enforcement works to maintain the most damaging social and economic racial divisions in the US.

Documentaries like The 13th and countless other academics and policy analysts have made the connection between black marijuana enforcement and the epidemic of US mass incarceration. With the privatisation of prison companies and subsequent widespread use of prison labour to produce products for companies like Victoria’s Secret, Walmart, and Starbucks, there are literally billions of dollars to be made as a direct result of putting people behind bars for minor offences. In 2016, four years after Colorado and Washington became the first to legalise recreational use, more people were arrested nationwide for marijuana than for all violent crime, including murder, rape, and aggravated assault combined. Comparatively, in the UK, where marijuana policy has been consistently conservative, prosecutions for cannabis are significantly down. The Guardian’s investigation into why these numbers are falling suggests it is not due to a decrease in use, but rather a decrease in the willingness of officers to prioritise marijuana as an issue. And it is not lost on many advocates that prosecuting marijuana offences takes away time and resources to investigate truly violent crime. Even today, millions of people, mostly people of colour, are currently behind bars for minor marijuana possession at the same time many major industries are poised to profit from legal sales.

And despite the racial inequality, the increasingly corporate nature of the new marijuana industry is troubling. It is widely reported than companies like Coca Cola are already developing cannabis products, and even big tobacco companies like Marlboro, who are struggling with a massive decline in tobacco users, see marijuana as a potential saviour for the industry. These corporate trends, while not unexpected, can easily create an unviable and dangerous industry. While we like to discuss marijuana as a ‘new’ industry, the reality is that a massive black market has existed for decades and the challenge of legalisation is to adequately regulate and tax this market. The problem, however, is that many states have created an increasingly bureaucratic and costly system for previously illegal growers to become legal. Many smaller distributers are unable to afford the required scientific testing, taxes, licensing, and sometimes arbitrary regulatory requirements, like labelling and packaging. Depending on the size, distributers can face fees of up to $125,000 just to become legal. And while this directly incentivises distributers to remain on the black market, it also means an industry dominated by massive corporate interest who can more easily afford the costs. California is reportedly responsible for producing more than 70% of black market marijuana in the US, and less than 1% of these operations have begun the process of becoming legal. Canada has already faced similar issues with transferring black market supplies to the white market, and the first day of legalisation in Canada was somewhat underwhelming, due in part to a lack of supply.

As recreational legalisation becomes more common and the US and Canadian markets grow, these major corporations will undoubtedly seek to move into the European cannabis market. However legalisation might not be as inevitable as we like to assume. The UK recently announced that both private and NHS doctors will be allowed to prescribe medical marijuana, under very specific requirements. This move by the Home Office happened only after major public scrutiny for outlawing the use for children suffering from epilepsy. And while this is a welcome move, it is important to note it did not happen from a directly democratic process like in the US and Canada. And this makes the decision more vulnerable to reversal in the future. It is also worth noting that many, like Theresa May and conservative leadership throughout the world, have expressed hesitation toward allowing more liberal medical marijuana policies as it has historically paved the way for recreational use.

The comparative use of medical marijuana in the US and the UK deserves significantly more attention for another reason – healthcare. Major pharmaceutical companies are spending millions to challenge medical marijuana in the US, specifically research into the potential of marijuana to treat issues like pain management, seizures, depression, and PTSD. Pharmaceutical companies have a lot to lose, especially in the US, where health care is entirely private and marijuana directly challenges some of their highest earning prescription drugs.

Studies have shown that prescription opioid use and overdoses are significantly falling in states with access to marijuana, and this is crucial at a time when the US is facing a true drug crisis with opioid addiction. Opioid abuse is on the rise in the UK as well, with the Office for National Statistics reporting a 29% increase in the number of opioid deaths by a drug called Fentanyl, reportedly 100 times more potent than heroin. Prescriptions for opioid painkillers are also on the rise among the British, particularly in poorer communities.

Pharmaceutical companies have a lot to lose, especially in the US, where health care is entirely private and marijuana directly challenges some of their highest earning prescription drugs.

Is similar legalisation possible in Europe? The major industries emerging in the US and Canada certainly think so, and are hedging their bets that the EU market will be cannabis friendly soon. In an interview with Bloomberg, the CEO of Canada’s largest company, Canopy Growth Corp, has already entered the medical marijuana industry in 11 different European countries, including Denmark and Germany. And medical legalisation is a large indication recreational use is also on the horizon.

Amsterdam is known as the somewhat unofficial cannabis capital of Europe; however, the legality of Amsterdam’s industry not as straight forward. The coffee shop policy was originally allowed as government officials saw it as a safer alternative for a drug that was difficult to restrict. Over time, the market in Amsterdam has evolved, but the policy surrounding purchasing product is extremely limited. It is technically legal for coffee shops to sell, but not legal for them to purchase or grow their supplies. This of course means they’re relying on an illegal market to supply their legal business, and officials have simply adopted a policy of non-enforcement. The Netherlands has proposed testing legality in a number of areas and could take steps to legalise and expand the market.

The EU and major cannabis investors are focusing their attention on Luxembourg as it set to be the first EU member state to fully legalise the use of recreational marijuana. And with the EU’s free movement between borders, it could easily face problems with border enforcement. In the US, states that share a border with a legalised state have been more likely to adopt their own liberalised policy. It is possible surrounding countries that already have access to medical use, like Germany or France will follow suit rather than spend more resources trying to prevent cannabis from traveling across the border.

Perhaps one of the biggest issues facing cannabis legalisation in Europe actually has little to do with cannabis at all. In the UK, Luxembourg, and the Netherlands, none of these policies were changed through direct democratic process, as has been the case for the US. And that can make these policy changes more susceptible to the whims of policy makers and less reflective of the people’s will. Without this democratic process, the necessary conversations surrounding the goal of these policies will be less likely.

Marijuana has been somewhat romanticised by many who wish to see it legalised throughout the world, and it is easy to assume the nature and perceptions of marijuana will automatically create an equitable and just market system. However, it would be a mistake to assume the impending cannabis industry cannot fall victim to those who seek to prioritise profits at the expense of everyday people. Ultimately, to solve the issues surrounding cannabis, governments and citizens must, not only actively challenge ideas of what the market should be, but also actively consider and reconsider our conceptions of social progress. This requires democracy. 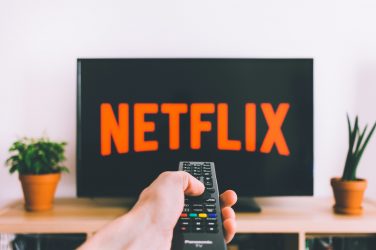 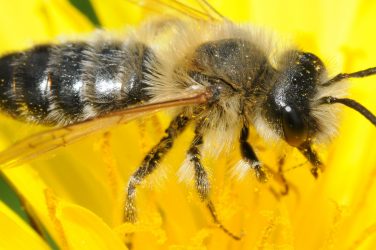