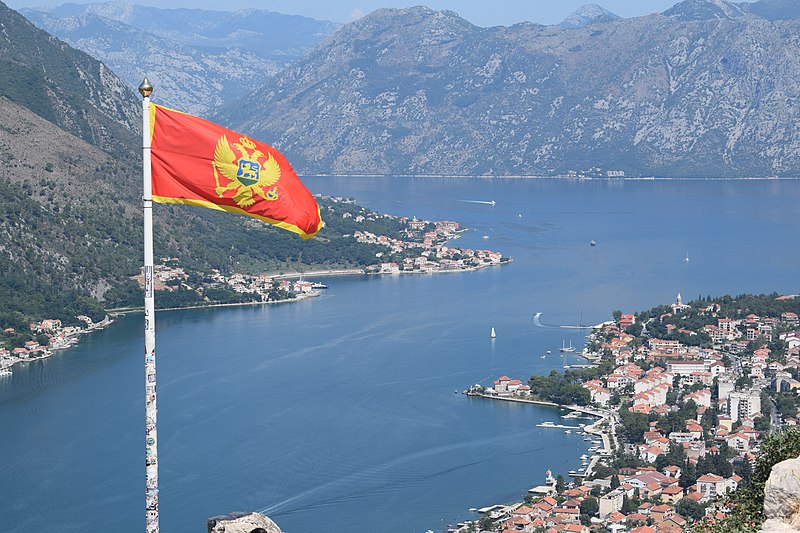 The parliamentary election in Montenegro has challenged Montenegrin president Milo Đukanović’s long, albeit interrupted, reign. While many are quick to rejoice over the results, E&M‘s author Sindre Langmoen warns against this optimism and argues that the rising nationalist forces may not bring a more democratic and prosperous future after all.

The winds are shifting in South-East Europe, and new alliances are being forged, disrupting the traditional networks of power. Whether these changes will lead to progress, however, is uncertain.

The term “stabilitocracy” was first introduced by University of Alberta professor Srđa Pavlović in 2016 to describe a regime which is undemocratic in nature, but which exists with the blessings of the West for the sake of stability and economic security. While the term was later popularized by Florian Bieber to describe the semi-authoritarian regimes across South-East Europe, Pavlović first used this concept to describe Montenegro in particular.

Since 1991, through the 2006 independence until now, Montenegro has in practice been ruled by the “Democratic Party of Socialists” (Demokratska partija socijalista, DPS) with President Milo Đukanović at the helm: twice as president, six times as prime minister and twice “only” as the head of the DPS.

Now, however, it seems like this 30-year-old stabilitocracy is coming to a close: parliamentary elections were held in late August 2020 and, for the first time in Montenegro’s history, the reins of power have been wrenched from the DPS by a coalition of opposition parties. While Đukanović remains president for the next few years, he neither directly nor indirectly controls the government.

Đukanović’s domination over the Montenegrin government lasted for nearly a third of a century and has been tainted by charges of systemic corruption and poverty, deep ties to organized crime structures, and increasing authoritarianism.

In 2015, the investigative journalists’ network OCCRP named Milo Đukanović ‘Person of the Year in Organized Crime’, highlighting among other things his mysterious wealth, protection of criminal figures, money laundering, fraudulent privatizations and his lucrative past in tobacco smuggling.

Since declaring independence from Serbia in 2006, DPS-governed Montenegro has held Serbian nationalism at bay, taken a strong pro-western and pro-EU direction and is deep into EU accession negotiations. Montenegro has shown its loyalty by joining its western partners in the imposition of sanctions on Russia in 2014 and finally becoming a member of NATO in 2017.

Montenegro started its age of independence with quite warm relations with Russia, and has served as a coveted haven for Russian oligarchs who have bought up to 40% of Montenegrin real estate and own 30% of companies in the country. But the country’s pro-western orientation and accusations of a 2016 Russian-backed coup attempt have led to increasingly icy relations.

Hence, the EU and the US have continuously supported Đukanović’s government while turning a blind eye to the less savorous activities taking place under his rule.

Domestically, however, people are tired of corruption. For the better part of 2019, Montenegro was engulfed in large-scale anti-government protests, triggered by the leak of footage and documents seemingly implicating top officials in open corruption and the procurement of suspicious funds for the ruling party’s reelection campaign.

The 2019 protests failed, but new protests erupted in early 2020 with the newly proclaimed Law on Freedom of Religion or Belief and the Legal Status of Religious Communities, which would transfer the ownership of church property built before 1918 (when the Montenegrin state was abolished) from the Serbian Orthodox Church in Montenegro to the Montenegrin state, significantly weakening the Church. The protests were prolonged, numerous, and violence often erupted. A number of MPs were detained, clergy members and protesters arrested.

Nearly 72% of Montenegro’s population of around 620,000 identifies as Serbian Orthodox Christian and about a third of the population identify as ethnic Serbs, often aligning themselves with the Serbian nationalist opposition.

The Serbian Orthodox Church is a powerful entity in Montenegro, with widespread influence among the people, and was a long-time ally of Đukanović up until this point, enabling the stability of his regime. This rift in society between two major institutions led to the confusion of most citizens, and the radicalisation of many. The wave of protests led by the Church generated great amounts of political energy ahead of the upcoming parliamentary elections, and is likely to have been a decisive factor in the government’s downfall.

The period preceding the election saw further build-up of tensions. In June 2020, the opposition mayor and councillors of the city of Budva refused to step down when a single counselor defecting to the DPS caused them to lose their majority. They accused the DPS of forming the new majority through corruption. The situation escalated with the violent arrest of the mayor and a number of local councillors under the eyes of hundreds of protestors, which led to days of protests, violence and dozens of arrests.

On the 30th of August, parliamentary elections finally turned the political landscape upside down. For the first time since the introduction of the multi-party system in 1990, the DPS fell from power and a coalition of opposition parties took charge. A broad coalition of politically diverging blocs obtained 50% of the vote and 41 combined seats on a vague nationalist-clerical-reform platform ‒ a very slim majority in the 81-seat parliament. In comparison, the DPS got around 35% and 30 seats.

Prime Minister-designate Zdravko Krivokapić is the leader of the conservative, clerical, pro-Serbian coalition “For the Future of Montenegro” (Za Buducnost Crne Gore, ZBCG), which gathered 32.55% and 27 seats in parliament. The majority of ZBCG MP’s are part of the “Democratic Front” (Demokratski Front, DF), of which two leaders, Andrija Mandić and Milan Knežević, have been charged as complicit in the 2016 failed coup.

The second-largest bloc with around 12.5% of the vote and 10 MP’s is the broadly centrist bloc “Peace is our Nation” (Mir je naša nacija), mostly composed of the “Democrats” (DCG).

The third bloc in the coalition is the “United Reform Action” party (Ujedinjena Reformska Akcija, URA), a civic, green, and pro-European party. With only four MPs and 5.2% of the vote they are not very influential, but they were the kingmakers in this election, enabling the coalition’s ascent to power.

The hopes of many observers is that the more moderate elements of the coalition will keep the nationalists in check, despite the balance of power. However, the winning three coalition partners have signed an agreement that commits them to strengthening NATO ties, reforms in view of EU accession, depoliticization of parts of government to combat organized crime, the continued recognition of Kosovo’s independence and the involvement of minority parties in government. They have vowed to form a technocratic government.

The new government is not likely to deviate from their commitments on prominent questions such as Kosovo or NATO. More likely is that the day-to-day politics and attitude in local and regional issues will shift away from Brussels or DC and take a more nationalist tone.

The victory of the opposition was immediately followed by days of large-scale celebrations accompanied by incidents of targeted violence or abuse against the Bosniak minority population. Religious leaders and newly elected political leaders have disavowed the violence and called for tolerance and peace, but the empowerment of nationalists in Montenegro will likely heighten ethnic tensions in the strongly multiethnic country.

It would be inaccurate, however, to portray the Serbian nationalist opposition parties as controlled by Belgrade. Đukanović had developed strong ties with the Serbian government, and spats have already broken out between Serbian President Vučić and the Montenegrin Prime Minister-designate Krivokapić.

At last, it should be mentioned that the PM-designate has been captured on footage from 1999 at a boozy ultranationalist reception for the release of convicted terrorist, former CIA operative and Serb nationalist Nikola Kavaja – most well-known for his hijack of American Airlines Flight 293 in 1979 with the aim of crashing into the headquarters of the Yugoslav Communist Party.

The reception was complete with anti-Albanian slurs and a portrait of war criminal Radovan Karadžić, at the time a fugitive. Krivokapić claims he attended by accident.

The stabilitocracy has thus fallen and it is certain to shake up the region; whether what follows will reveal itself to be more or less harmful than Đukanović’s private state remains to be seen.

The world praised Germany’s attitude towards the refugee crisis in 2015. E&M looks at ...