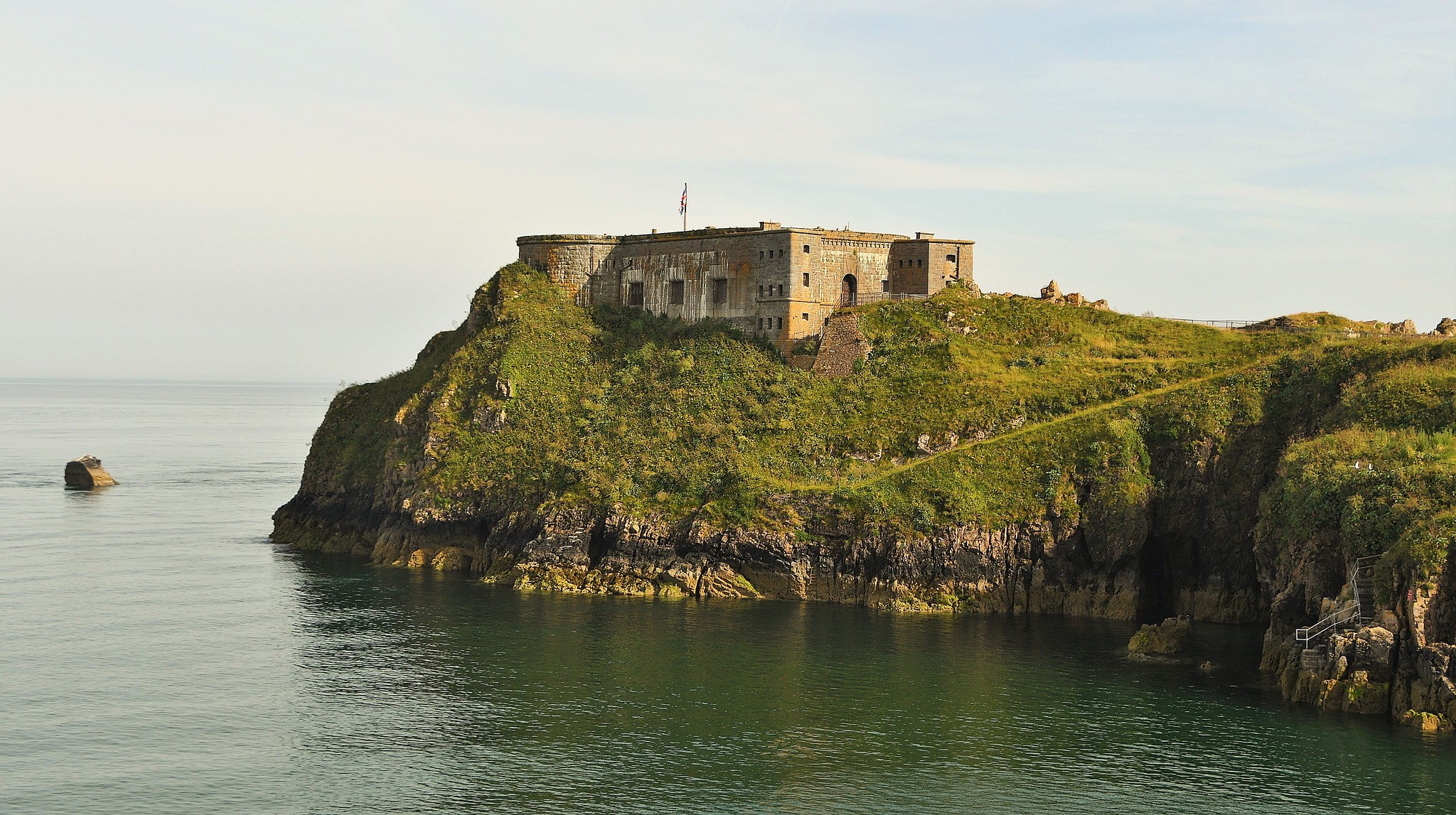 How often do we actually think about what happens behind the walls of institutions which are there to keep us safe? E&M‘s author Finn Stapleton draws our attention to the problems of the prison system in England and Wales. Drawing from the experiences of Portugal and Switzerland, he argues that focusing on decriminalization and legalization of drugs, and rehabilitative care is not only a more just but also a more efficient way to deal with crime.

The state, and make-up, of prisons in England and Wales, a progressive, cost-effective solution to overcrowding and crime weathered in Europe.

In a time of glaring inequality exacerbated by unprecedented economic contractions, the onslaught of environmental catastrophe, reactionary and divisive politics, and a gradual awakening to systemic discrimination that courses through our society, it is very easy to disregard any residual interest in the state of our prisons.

Recently, however, criminal justice reform has been propelled into the limelight under the continued Black Lives Matter protests, part and parcel of the structural racism that has historically sought to oppress factions of society in the USA. The COVID-19 pandemic has presented us with a rare opportunity to pause and take a moment to scrutinise the world in which we live and critically evaluate what improvements we might make, heightening the debate on criminal justice.

Prisons house bad people. They are there for a good reason.

I hope you can temporarily suspend this, in my opinion, grossly misconceived notion in favour of a glimmer of humanity, or a little logic. I’m not about to launch into a glowing defence of prisoners or claim we abolish prisons in their entirety, some individuals do deserve being deprived of their liberty. However, the willingness at which we throw fellow citizens into this self-perpetuating cycle of incarceration is what, frankly, astounds me.

Most of us have never been inside a prison, and I am wary to compare your (hopefully) relatively cushioned experience of lockdown to that of conditions experienced by prisoners. Perhaps though, the lockdown has fostered a degree of empathy in the wider population, painting a faint picture of what it might be like inside. Locked-up 23 hours a day, totally deprived of family visits, cramped into a cell.

I’m sure it’s bearable, I mean they deserve it right?

The last annual report from HM Chief Inspector of Prisons for England and Wales depicts a more uncomfortable reality. It declared living conditions in prisons to be inadequate, with some being cramped, flooded and filthy, and infested by rats, fleas and cockroaches, reaffirming what the Chief Inspector of the Prison Inspectorate claimed in 2018. He spoke of the “most disturbing jail conditions” they have ever seen. Claiming the recurring dominant themes to be “violence, drugs, suicide and self-harm, squalor and poor access to education”.

In addition to these conditions, overcrowding in prisons is pervasive: among the 117 prisons in England and Wales, two thirds are crowded, with the 10 most crowded being 47% over capacity. This all comes as the Ministry has been subject to budget cuts over the past 10 years, with a current £900 million major maintenance backlog. Debating recently on a panel discussion broadcasted on Cambridge Law Faculty’s YouTube channel Andrea Albutt, President of the Prison Governors Association, stated that populations “must be reduced”.

The Prisons aren’t immune from lock-down either. While adding another layer onto deteriorating conditions, the institutions are left with a choice: risk contracting the virus, and it spreading rapidly, or maintain inhumane levels of isolation for an indefinite period of time in, at the very best, inadequate conditions. Speaking to the BBC, Peter Dawson, director of Prison Reform Trust, claimed that two thirds of the population in prison has “essentially been in solitary confinement for over three months” causing “dreadful damage to people’s mental health.”

The Institute for Government claimed that: “On every key measure, prison performance has declined in recent years. Prisoner misbehaviour, violence and self-harm have all become more prevalent, while rehabilitative activities have become less widely available”.

Well that’s terrible, but I mean they’re violent, anti-social people who have made their choice, haven’t they?

You’d be interested to know that 69% of the prison population in England and Wales are jailed for non-violent offences (theft, fraud, drug dealing, drug possession etc.). These criminals are introduced into institutions that are notoriously regarded as incubators of disease, violence and radicalism. Essentially, the underfunded, understaffed and overcrowded prisons only serve to acquaint their inmates with more crime, acting as “universities for crime”. Those who may have entered as less violent inmates, whether willingly or reluctantly, adapt to their surroundings.

And, pray tell, what happens when you emerge from an institution as described above, where violence is pervasive, and fear reigns supreme? Disoriented by a by-now foreign society within which you have lost your stake? Broke, unskilled and likely to be turned away from any employment opportunities? Is it surprising that rates of recidivism (39% within 12 months, 75% within 9 years) are so high?

Before exploring what can be done to reduce prison populations and crime, it’s relevant to note the annual cost of maintaining  one prisoner – a whopping £41,136.

Unless we want to end up mimicking the draconian policies fuelling mass-incarceration of our American cousins, something needs to be done. What policies can reduce the number of people forced into a system that perpetuates the very problem it’s supposed to solve? Well, aside from being startlingly obvious, inherently compassionate, and remarkably cost-efficient, some of the solutions can be found across the channel in that dreadful, imposing European Union.

I will be focusing on the most popular of those policies that can help to alleviate the pressure on our justice system, reduce crime and ultimately, save lives.

A renown case study, Portugal became the first country to decriminalise the possession and consumption of all illicit substances in 2001. Grappling with horrifying levels of opioid addiction, a novel attempt was made, with the emphasis shifting from punitive sanctions to rehabilitation. Arrested individuals were given a warning, required to pay a minimal fine, or to present themselves in front of a local commission where they were informed of potential treatment, harm reduction and support services they could access. This policy led to the stabilisation of what was an extremely tumultuous time in the country, resulting in significant drops in: drug use, HIV and hepatitis infection rates, deaths from overdose and drug-related crime and incarceration rates.

The reclassification of drug possession as an administrative offence led to the reduction in the number of individuals arrested and brought before a court for drug offences. From above 14,000 in 2000, to around 5000 – 6,000 a year once the policy came into effect. This downwards trajectory was reflected in the proportion of drug-related offenders comprising the prison population, from 44% in 1991, to just under 21% in 2012. All the evidence suggests that decriminalisation significantly limited the strain placed on the criminal justice system and dramatically reduced the prison population.

Chris Daw QC goes further, where, in his new book ‘Justice on Trial’, he makes the conventional amongst us shiver with his outlandish suggestion. That we legalise it. All.

He speaks frankly about the human cost. The thousands lost to drug abuse and addiction. Not to mention the horrific incidents involving accidental overdoses stemming from an unregulated industry. He makes a compelling argument, highlighting just how much is spent on drug related offenders coming in and out of the criminal justice system. For instance, in the UK drug-fuelled theft alone costs £6 billion a year. According to Daw:  “Drug use and drug prohibition by most estimates” accounts for “60-70% of violent crimes and property crimes”. Legalising drugs would “dramatically reduce the volume of people going through the criminal justice system, and the crime and violence on the streets”.

In supporting his claims, Daw draws on the Heroin Assisted Treatment (HAT) programs in Geneva, Switzerland. Another country that suffered from rampant heroin addiction in the 1980s-90s. The origins of their radical approach (prescribed heroin) can be found in the “British System” which was abolished in 1971. The HAT program in Geneva sees addicts visit the centre twice a day, coming in the morning and evening for their daily fix. The funding for the HAT program stems from a Supreme Court Judgment which held heroin addiction to be a disability and thus entitling addicts to health and financial support. This may seem counter-intuitive, but heroin addiction is symptomatic of a deeper problem, and addicts that enter HAT can be weaned off their addiction gradually, with 80% eventually coming out of their addiction. Similarly, pharmaceutical heroin is cheap for a government to produce, street-heroine’s phenomenal cost is derived from its illegality.

“More liberal heroin prescribing could mean that vulnerable people are rescued from the exploitation of organised crime before they are in such a mess, before they’ve been further traumatised by the system. Forget vacuous moral judgements. It’s time to save lives and reduce crime.” – Mr Woods Chair of LEAP UK (an anti-drugs war partnership of former law enforcement officials).

Since 1994, the number of users has declined, with drug overdose deaths dropping by 64%, HIV infection rates dropping by 84%, home thefts dropped by 98% and the Swiss criminal justice system prosecutes 75% fewer opioid-related drug cases each year. The model has since spread to Germany, The Netherlands, Denmark, Belgium and two currently successful projects are continuing this year in Glasgow and Cleverly.

What can be learnt?

Acknowledging the state of conditions in our prisons, the proportion of violent offenders that comprise them, and the high rates of reoffending, could anyone unfalteringly state that the Prisons in England and Wales uphold their mission statement, to “…reduce reoffending by rehabilitating the people in our care through education and employment”?

We have to attempt to move past the age-old eye-for-an-eye mentality and have a nuanced, evidence-based discussion about the reality of throwing people into our criminal ‘justice’ systems.

Drug decriminalisation, and eventually legalisation, provide us with a simple policy reform that would drastically reduce the number of people coming into contact with a broken-system. Not only is it cost-effective, massively reduces crime, and saves lives, but, in my opinion, it also, much more importantly, moves us towards a system that tackles crime with compassion rather than eternal condemnation.

This has by no means been apologist rhetoric concerning the actions of violent, anti-social individuals. We have to attempt to move past the age-old eye-for-an-eye mentality and have a nuanced, evidence-based discussion about the reality of throwing people into our criminal “justice”systems. In doing so, perhaps we can move towards a model that focuses on restorative and rehabilitative justice, as opposed to hard-line punitive measures, that have no advantages whatsoever, and frankly speak more of our failings as a society, than those who take to crime. 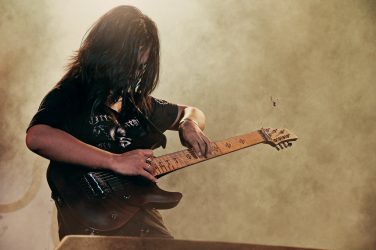 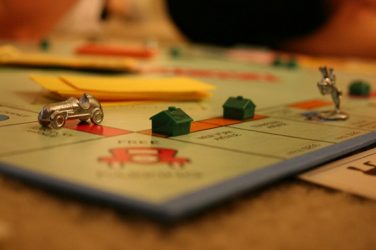