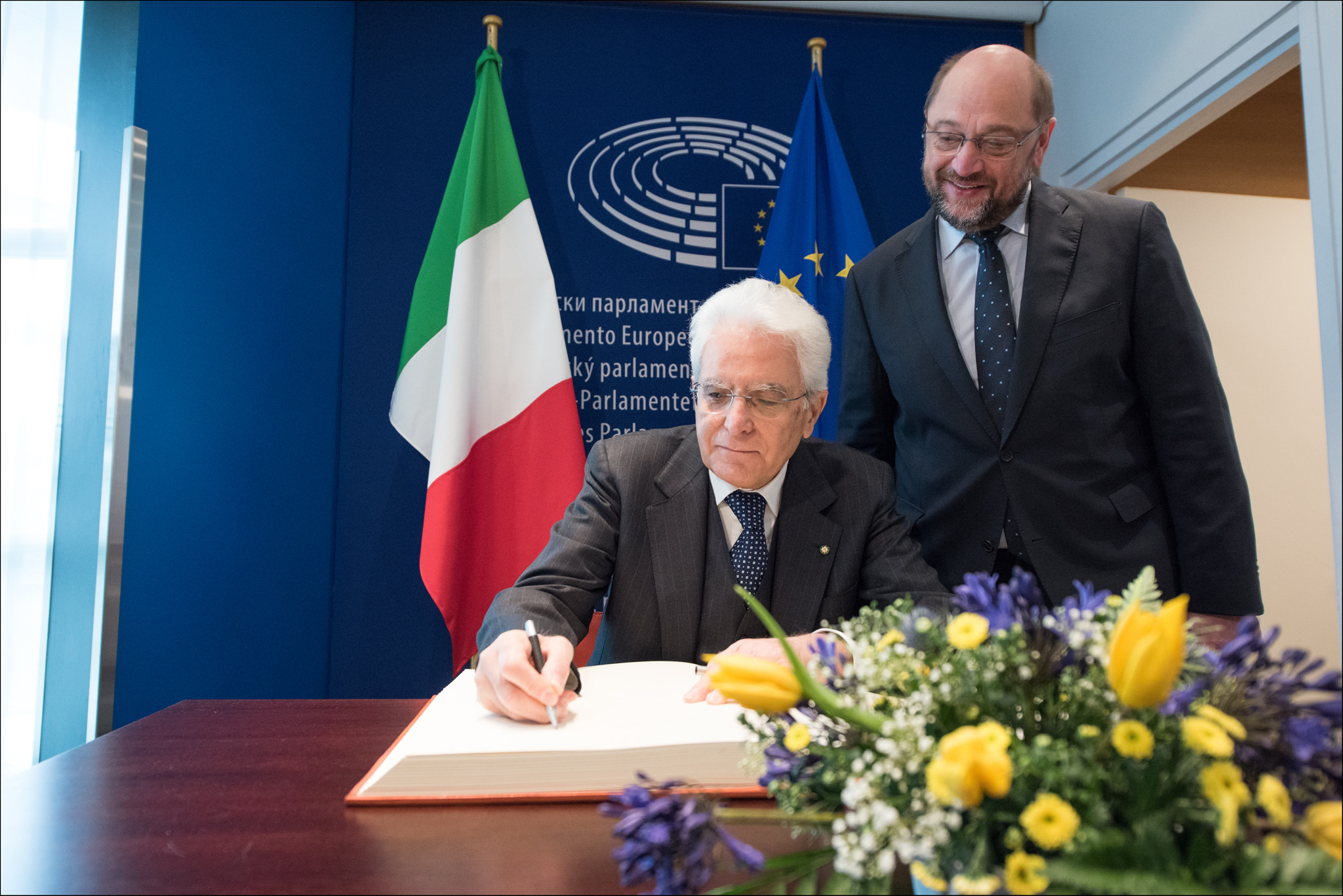 As Italy faces a period of intense political turmoil, Nicoletta Enria assesses the recent election and its implications for Europe.

Young Italians have experienced more elections than Brenda from Bristol could ever fathom – but the most recent elections mark a historic moment in contemporary Italian politics. And it’s only the beginning of a new era, with the collapse of traditional parties and the comfortable victory of anti-establishment, Eurosceptic parties.

On the 4th March Italians went to the polls voting for a new parliament. These elections were called after then-Prime Minister Matteo Renzi resigned due to his unsuccessful constitutional reform referendum of December 2016. Since then Italy has been undergoing one of the most vicious, hateful campaigns it ever saw.

Despite the short-term relief of the end of what can only be termed as an emotionally and physically exhausting campaign period, the 5th of March signalled nothing but confusion and chaos. Decades of political unrest, 65 governments in the past 70 years, reaching Italian political stability is the uphill battle that just keeps getting steeper. But what actually happened, and what will this potentially mean for young Europeans, in Italy and beyond?

So, what actually happened?

In essence, the results were such a shock because of the success of populist Five Star Movement, and the rise of the Lega in the centre right coalition. The sheer amount of parties was astounding: Italians were spoiled for choice. Well, actually, Italians were cursed with the impossibility of a stable majority. The electoral law that was recently changed from Rosatellum to Mattarellum also changed Italy’s electoral system to a half first-past-the-post and half proportional system. This seemed positive on paper but has proved to pose challenges in the process of forming an actual parliament.

Firstly, who was actually running? There was the centre-right coalition composed of Berlusconi’s Forza Italia, Matteo Salvini’s Lega, formerly Lega Nord (Northern League), centrist Noi con l’Italia and Georgia Meloni’s Brothers of Italy, a party originated from a split of The People of Freedom, the main heir of the Italian post-fascist conservative tradition The centre-left coalition consisted of the Democratic Party, who has been leading the current government with Paolo Gentiloni as leader after Renzi’s resignation, the party of historic Radical politician Emma Bonino +Europa, Civica Popolare Lorenzin and Italia Europa Insieme. Other parties that stood alone were the populist ‘neither right nor left’ Five Star Movement, Liberi e Uguali – a splinter party of the Democratic Party, radical left Potere al Popolo and fascist group Casapound.

The shock factor arose from the crumbling of the establishment parties, with Berlusconi’s Forza Italia at a measly 14% and the Democratic Party at 18%. Both were crushed by the populist, mostly anti-immigrant, anti-EU populist parties. The Five Star Movement won the most seats at an astounding 33%, and Lega gained an unbelievable 18% thus conquering the Italian right. Formerly considered a marginal, extreme party – Lega is now seen as representative of the Italian right – a terrifying thought.

The questionable rhetoric and programmes of both parties have also aroused concerns. To name a few: Five Star Movement’s extremely poor performance in their Rome and Turin constituencies, scandals where 15 of their representatives were found cheating their system of retribution of parliamentary salaries (thus cheating the movement’s key anti-corruption ethos) and unclear stance on any policies have been a focal point of discussion. Naturally, the lack of qualifications of all their representatives has also been a source of concern.

Meanwhile, the rise of Lega’s popularity was probably the most upsetting result. Their vicious, xenophobic, aggressive campaign, including plans for a mass deportation of foreigners from Italy, and hashtags such as #StopInvasione (Stop the Invasion) and #ItaliaPerGliItaliani (Italy for the Italians) has shown a deep-seated racism and xenophobia across Italy’s north.

Interestingly – as the map below shows – Italy shows itself to be more divided than ever. The north majority voted for Lega, or the centre right coalition more generally, whilst the south voted mostly for the Five Star Movement. Some argue that the anti-corruption message of Five Star Movement rang particularly true to a Southern Italy rife with Mafia activities. Perhaps then, this can be considered a slither of hope, in that this shows a lack of tampering with results, which is often a problem across Italy, but particularly in its southern constituencies. This can be accredited to the new anti-fraud measures introduced with the Mattarellum. Yet, the striking division in the country shows that there are multiple and intersecting divisions plaguing the Italian political agenda.

The months following the elections have been a desperate struggle to form a coalition between parties. Coalition talks have been led by President of the Republic Sergio Mattarella, possibly the least envied man in Europe. He is meeting with all the representatives from the multiple running parties in an attempt to settle a government he thinks will lead Italy to stability and represent the people’s votes.

A pretty daunting task indeed. It is the beginning of April and Mattarella has announced there is still no viable majority, and talks will continue.

And, oh boy, do we have a problem.

With this in mind, rumours and speculations have been flourishing:

Big pressures (justified by questionable statistics) have been placed on the Democratic Party to form a coalition with the Five Star Movement, a party which based their campaign on denigrating the former’s policies. The most feared coalition is looking like the most likely – one between Lega and the Five Star Movement. Yet, Lega’s loyalties to Forza Italia and Berlusconi seem to be impeding this from materialising.

Others speculate that an external candidate will be nominated Prime Minister, like Mario Monti’s premiership in 2011. They would lead a cabinet with a majority Five Star Movement and Lega, thus representing the votes but with a neutral leader. This, too will prove difficult, given the potential backlash this may cause for its democratic deficit – as it did back in 2011.

Will there be other elections? Will the next Prime Minister be Salvini? Five Star Movement leader Di Maio? Who knows. One thing’s for certain, Five Star Movement and Lega have gained an astonishing amount of seats and leadership positions – and this will drastically change Italy’s political landscape no matter who the leadership is.

The rest of Europe, too, cannot look away from this election. Italy now has among the highest levels of Euroscepticism across Europe. Unhappiness and unease have soared with the economic recession and increasing migratory flows, both of which have had a significant impact in Italy.

Both Lega and Five Star Movement have capitalised on these sentiments, scapegoating the European Union. In fact, both parties have made lukewarm promises about leaving the Union and the Eurozone. It remains unclear whether they will really pursue these plans. Nonetheless, they’re certainly intending to make Italy’s relationship to Europe an antagonistic one.

This was a cry for help and Europe must pay attention

What is perhaps most shocking to most northern European countries, the UK in particular, is the fact that it is Italy’s youth which is most furious towards the EU. The ever-present youth unemployment, which has been somewhat tempered by the Democratic Party but still remains at comparatively high levels, fuels most of this rage. This was a protest vote – a cry for help – and Europe must pay attention.

It is time to re-prioritise the European Union’s role as an equal platform for social justice across the Union, and not just an economic project. Importantly, it is also time to tackle the populist tide that is undeniably crossing Europe. The populist wave had seemed to have stopped after French President Emmanuel Macron’s victory. But with the populist Austrian chancellor Sebastian Kurz, the growing popularity of extreme Alternative für Deutschland in Germany, the Italian elections can be seen as reflecting a general sentiment taking Europe by storm.

Now is no time to sulk – it is time to act

It is with a heavy heart that I watched these elections unfold. As a young Italian living in the UK, the immediate future is looking pretty bleak. Whilst the campaign was vicious, the realisation of the hateful, xenophobic and populist turn Italy is taken is hard to swallow.

Yet, now is no time to sulk – it is time to act. It is our responsibility to overturn this trend, and reclaim a system that is working to our disadvantage. Protesting by overturning traditional parties can’t be a solution if no effective reform, that pushes for a fair, inclusive and diverse Italy is offered. Italy, and Europe more widely, need effective youth advocacy and political participation to ensure our voices, demands and requirements are heard.

Write to your politicians, go to meetings and events, join your local political party branches and bring effective change. More strongly than ever must we push for an Italy, and a Europe, that strives to provide all its residents with fundamental rights, and protect its weakest and most marginalised. It’s an uphill battle, and the road is only going to get steeper – yet we must fight on. It’ll be worth it. 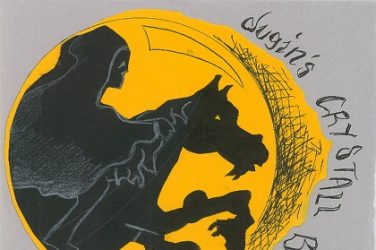 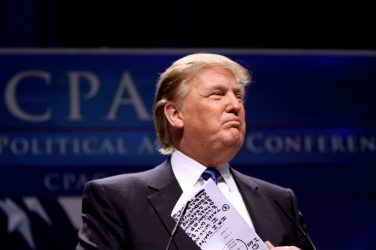 The Trump-Berlusconi Syndrome: a European contagion?

When I first watched Republican front-runner and American billionaire Donald Trump speak as a ...