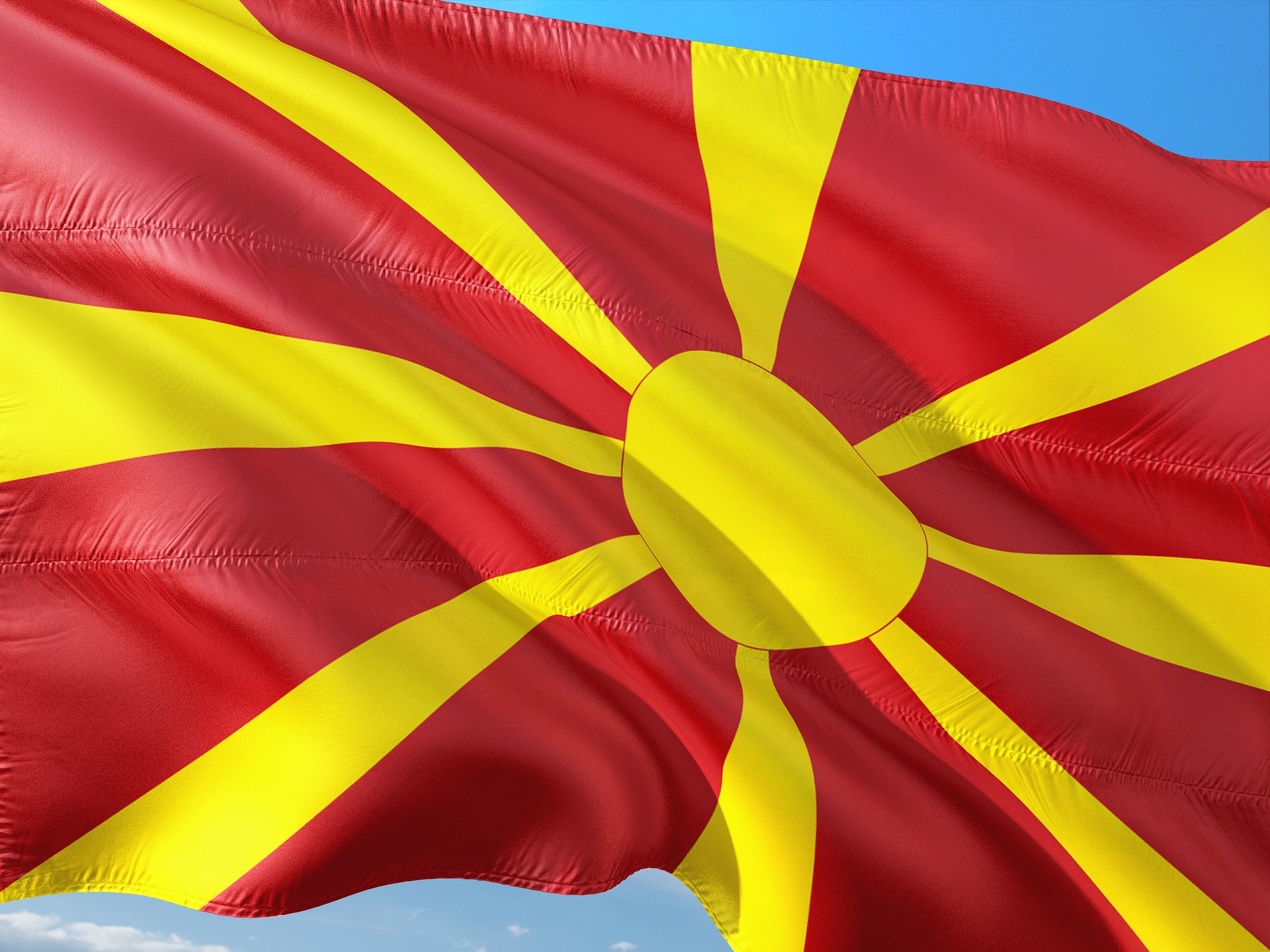 Now that the conflict between Greece and Macedonia may be over, will the EU and NATO soon welcome a new member into their ranks? E&M‘s Anders G. Haugseth looks at the circumstances and explores the potential road to these memberships.

What’s in a name? Europe’s political community may soon welcome a new member after generations of dispute

The long conflict between Greece and the country we most often refer to simply as Macedonia may now be over. On June 17th, both parties have agreed that the new name will change from Former Yugoslav Republic of Macedonia to North Macedonia. Since the country left Yugoslavia in the early 1990s, Greece has refused to recognise the republic’s name, Macedonia, which is also the name of a Greek region. Because of the dispute, Greece has consistently blocked Macedonia from joining the EU and NATO. That obstacle may now be cleared. As it stands, North Macedonia may well become the next country to join the European and Atlantic political community. For the Macedonians, a cool head and some patience is still required. Even with a new name, membership can take years.

The legacy of Alexander the Great

It’s not just the name Macedonia that has caused conflict. History and culture are the true driving forces of the spat with Greece. The area of Macedonia has, like the rest of the Balkans, gone through several periods of greatness and of changes. Identities do not perfectly match current state borders. History runs deep, but today’s map does not.

Both the Macedonians and the Greeks feel a strong attachment to the legendary Alexander the Great, who conquered and ruled vast areas of land under the name Macedon in the 300s BC. Neither country wants the other to claim the epic king as their own national hero. The birthplace of Alexander is in fact in contemporary Greece, but his kingdom stretched across both countries. The Greeks are fiercely provoked by symbols and statues of Alexander in Macedonia. Political opponents of the Greek prime minister go as far as to call him a traitor to his country for accepting the compromise allowing the new name North Macedonia.

Identities do not perfectly match current state borders. History runs deep, but today’s map does not.

The Macedonians themselves must officially support the renaming of their country through a referendum this autumn. The result is no sure thing. Feelings may get the better of them, even if they are acutely aware that the name dispute must be resolved in order to move forwards on EU and NATO membership. International partners are anxiously optimistic and hoping that cold reason, not national identity politics, will prevail. Most EU and NATO countries have long been frustrated about Greece stopping Macedonia from joining the euro-atlantic cooperation. Membership in the organisations is a crucial step for Macedonia to secure greater economic development and to avoid a resurgence of political and ethnic conflict. They have had enough as it is.

The republic with its population of two million claimed independence from Yugoslavia in 1991 as a means to avoid being caught up by war in the Balkans. That they did manage, but since breaking away the country has never gained much prosperity or political stability. At various times both civilian and military operations by the UN, NATO and the EU have intervened. Membership ofthe western political institutions represents Macedonia’s clearest and quickest path to increased standards of living. That’s why joining the EU and NATO is a top priority for the Macedonian government. The willingness to compromise with Greece is certainly not popular for either the Macedonians or the Greeks, but there is a strong desire to move forward on developing the country’s economy and place in Europe.

Changing the name doesn’t solve everything. North Macedonia’s challenges in 2018 are still considerable. There is weak economic growth, widespread corruption both in the judicial system and in politics, and there are strong ethnic divides in the population. Even in recent years, there have been large scale demonstrations, as well as violence between the Macedonian ethnic majority and the significant Albanian ethnic minority. Unemployment is high, especially among young people. Among those whocan get work, personal finances are still a struggle for many. The average worker takes home less than 400 euros a month. Serious concerns that a civil war might break out has made it necessary for the international community to intervene in Macedonia to ensure peace and democratic progress. Under any name Macedonia is still a poor country in need of solidarity and development. While both NATO and the EU are working towards taking on Macedonia as a member, they will expect the country to meet extensive demands for reform.

Knocking on Europe’s door since 2004

Macedonia handed in its application for EU membership already in 2004. The Commission has year after year recommended that the Union start real negotiations for accession, but Greece has consistently refused. That has been the final word, despite the European Parliament recognising that Macedonia sufficiently meets the so-called Copenhagen criteria set out to define the baseline for EU membership. While Greece has never deterred from its resolve to obstruct Macedonia until the name dispute has been settled, the work to integrate Macedonia with the European community has continued. The EU supports the country’s reform and adaptation to union standards with over one billion euros toward 2020.

It is still too soon for the EU to make any announcement on a clear path forward for Macedonia to join. When (or if) the name change becomes official, we may learn how and when a new star can be added to the EU flag.

Greece said no, and have said no ever since.

NATO membership is guaranteed to come first. The formal demands are far simpler than the extensive legal harmonisation required to enter the EU. Secretary General Jens Stoltenberg has reaffirmed NATO’s commitment to taking on Macedonia as a member as soon as the dispute with Greece is settled. After that, entry into the defence alliance may be pretty straight forward and uncontroversial, as with Montenegro’s accession last year. Still, it is simply too soon for membership to be put on the agenda for the upcoming 2018 summit. Thus, the next possibility for Macedonia is 2020. That may happen, if both the Macedonians and the Greeks are willing to grit their teeth and accept the compromise of North Macedonia. There are no other major obstacles. In fact, Macedonia was already eligible to join NATO ten years ago in 2008, along with Croatia and Albania’s successful accessions. However, Greece said no, and have said no ever since.

The Balkans are Europe, too

The European and Atlantic collaboration will benefit from greater integration with the Balkan countries like Macedonia. Community in economics and in defence matters is inclusive and prevents conflict – both military and social. Geographically, the Balkans are a significant part of Europe, and one that has seen recent and ongoing instability. Both the realisation of a fuller European community and the fear of spillover effects from regional conflicts make the case for Macedonia joining the fold.

For organisations like the EU and NATO, having new prospects that want to join is a sign of good health. In 2018, it is a nice reminder that international cooperation is in fact attractive and wanted. For Macedonia and several of its neighbours in the Balkans, extensive reform and good governance is still needed to clear the hurdles to membership. The name North Macedonia must now be accepted as well, even if it is a hard pill to swallow.

The issue of name is a battle that may have to be lost in order to advance the greater victory. Alexander the Great would be that sensible. 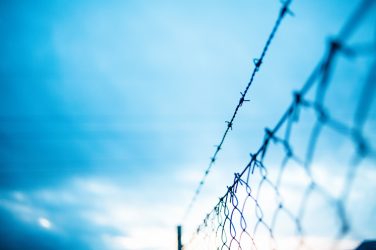 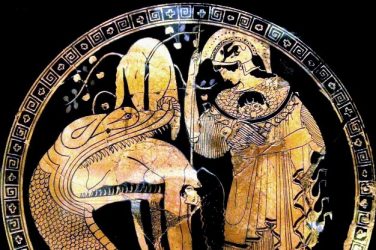 In ancient times, people told myths. Today, we watch reality TV. But are the ...