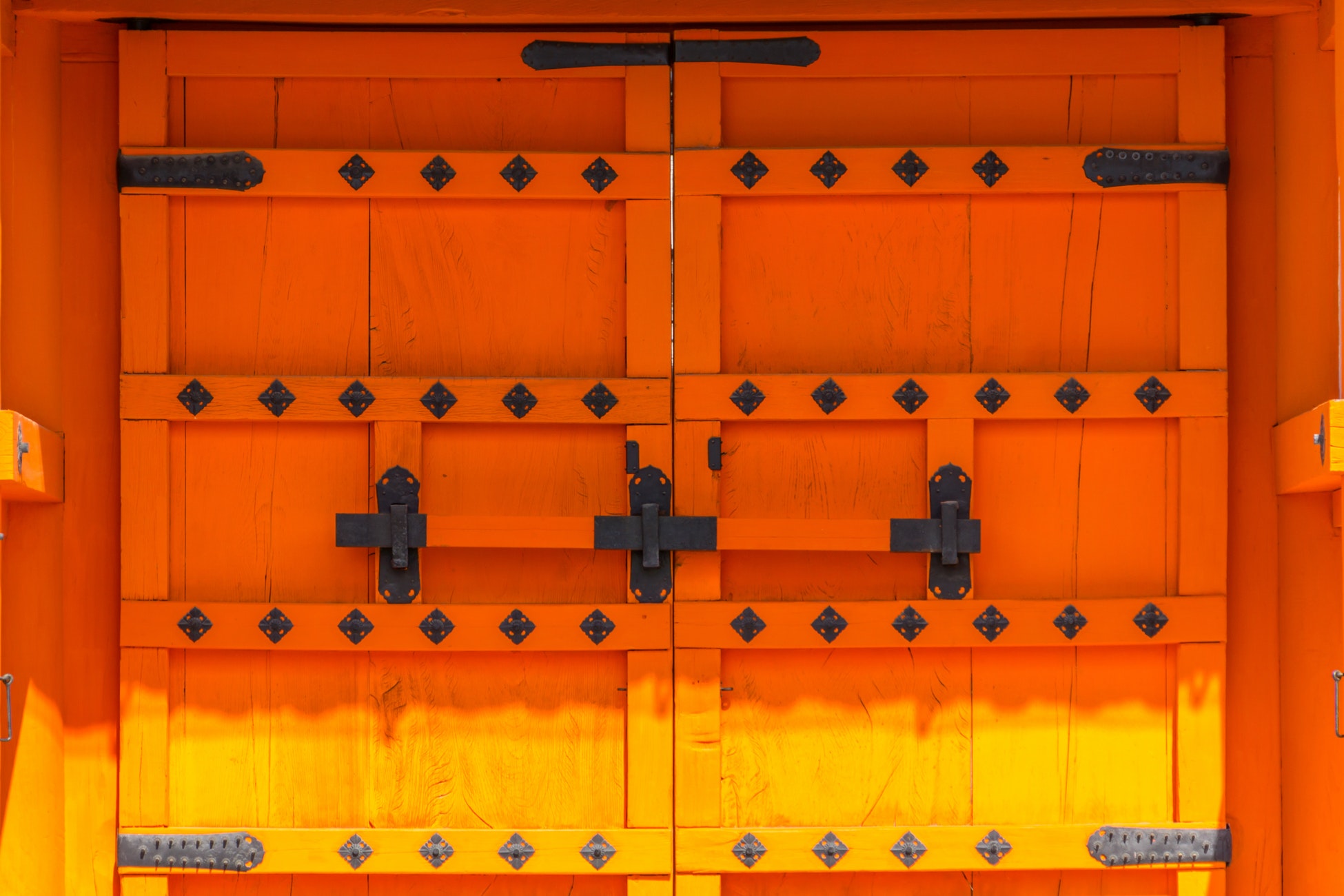 Have you ever felt your senses getting confused? Friederike Sandow explains the intricate, rare and unique experience of syneasthesia – in all its highs and lows.

Have you ever been so angry, you‘ve seen red? Listened to a sad song and felt a bit blue? Were you ever irritated because you have seen a yellow 6 printed somewhere and thought: but, sixes are green! Seen someone fall and felt the pain too? Or do you sometimes spend time on youtube watching ASMR (Autonomous Sensory Meridian Response) videos and enjoy your brain being tickled? That is as normal as it is exciting and even though it has been studied for over two centuries, the science behind syneasthesia is still only beginning to be taken seriously.

What is syneasthesia? It is the cross-wiring of your senses. It is a “perceptual condition in which the stimulation of one sense triggers an automatic, involuntary experience in another sense.” You see something and not only your vision reacts, also your touch sense does. Or you hear something, and you see a colour. Or you see something, and you hear it. Ever seen a colour orange so orange it was loud? Or, another example: my friend sings in a band and her sound technician has “absolute hearing” and upon being asked how she copes with the band not hitting the notes as they should sometimes, she answered “It‘s not too bad, it doesn‘t hurt. It‘s like when blue becomes turquoise, you know?“ And no, most of us don‘t know, but we might have an idea of what that means.

For as long as I can remember, my weekdays have had colours. Very specific colours. My Mondays are a light blue, Tuesdays are a faded yellow, Wednesdays are a rose colour, Thursdays are a dark green but painted with a brush that touched my mental canvas only lightly, Fridays and Saturdays are a bright orange, while Sundays are black. My weekday colours guide me through my week, they help me organise. I never consciously thought about it, and I didn‘t know for the longest time that others might not associate days with colours, or that if they do, their colours were probably different. Or maybe numbers or the different letters of the alphabet have colours for you? Or do you hear a name being spoken out loud and it physically hurts your ears?

As science suggests, 4% of us are syneasthetes. The variations of it can be endless, to what degree, what kind of syneasthesia and how many different kinds combined are plenty. You have been educated through music lyrics and poems, and you know what it might mean, even if you don‘t feel it personally. You might hate the band Coldplay, but don‘t deny you don‘t know what Chris Martin means when he sings that “it was all yellow.“ That‘s the beauty of it. Neurologist Richard Cytowic says, that “we‘re all syneasthetes. Sight, sound and movement already map to one another so closely“ that we all experience it, to some extent.

I am a very light syneasthete, the weekday-colour scheme is very common, also, it’s easy to test. Do I always pick the same colour for each weekday, even when I test it weeks apart? Yes. And that is basically for now the only way to test syneasthesia. With consistency.

The fascinating thing about syneasthesia is, that a lot of people who are syneasthetes do not know it until they are being actively questioned, as everything that happens in your own head is just assumed to be normal. “Syneasthetes do not actively think about their perceptions, they just happen.“ I wouldn‘t go about asking what colour your Wednesday is, I was sure it’s rose for everyone. Until I saw Wednesday in a different colour in a calendar once and it made me very uncomfortable. I also have to either sit or lay down when someone tells me in detail about a doctor’s visit, an operation or illness. I feel physically sick. When I saw “The Revenant” at the cinema I laid spread across three seats at one point as my knees became too weak to even just let me sit normally. This might be a light form of mirror-touch-syneasthesia. Leo took too much beating for me to be able to process it.

No one would dare to wear a screaming yellow to a funeral. It would be disrespectful, if not explicitly wished for. Why? Because yellow is loud. It’s high-pitched. It’s just not being sad, mourning and feeling blue

It is so intuitive and as said above, almost everyone can relate to a certain extent. Because we have all become accustomed to it, it’s how metaphors work. No one would dare to wear a screaming yellow to a funeral. It would be disrespectful, if not explicitly wished for. Why? Because yellow is loud. It’s high-pitched. It’s just not being sad, mourning and feeling blue. “The basis of metaphor exists in all of us but is larger and stronger in syneasthesia as a result of the cross-activation gene.” Meaning, where metaphors and syneasthesia differ, is that the sensory experience triggered in syneasthetes is automatic and unlearned.

Just think of anything where you feel your senses are overstimulated and you have two senses react to just one sensory input. What’s even more fascinating is, that scientists believe it to be unidirectional. Like a semi-permeable membrane. You can let one thing through, but not both ways. When I see a light-blue, I don’t automatically see ‘Monday’ pop up in my head. It‘s only working the other way around. And the possibilities of syneasthesia experiences are very individual, there are no two syneasthetes alike. “Everybody develops a neural pattern that’s kind of unique, just like a fingerprint. That’s why no two people are seeing the world in exactly the same way.”

What that is good for? We don‘t know yet. In its extreme form, syneasthesia has been linked to an extreme amount of creativity (Wassily Kandinsky was a syneasthete, Nabokov too, and Pharrell Williams recently said in an interview that he wouldn‘t know how to go about making music if he would lose the ability to see colours when he hears sounds. He literally paints his music in his mind.) It can trigger an impressive memory skill (Syneasthete Daniel Tammet memorised 22,541 digits of pi in 5 hours) and it‘s also very common for people with autism. It might be overall a brain dysfunction. But let‘s just call it a condition.

Even though only 4% are thought to have this condition, the ability to experience it is far wider spread than 4% suggests. Under the influence of hallucinogenic drugs, syneasthesia can be either intensified or experienced for the first time, same with any other ecstatic feeling, such as orgasms, extreme happiness, being in love, or deep sadness. And that makes sense – when you have a strong emotion, it naturally connects all your senses.

Embrace your senses. Listen to your brain when it tells you something, even if it’s an unusual, yet common, condition. If it leads to more empathy, take it. If it leads to more creativity, take that too. You might learn something about yourself you didn‘t know. And if you want to know if you are syneasthete, you can go here and find out. You are even helping the research surrounding if you take that test! And ask your parents or siblings – as, apparently, being a syneasthete is 40% genetic – and everyone will have a different story to tell. Or you can be there when people discover for the first time, that the way they associate things with colours or sounds is, in fact, unusual.

Let ‘dem colours in! And have a think if Eiffel 65‘s smash hit “Blue (Da Be Dee)” really was that silly, or actually brilliant. 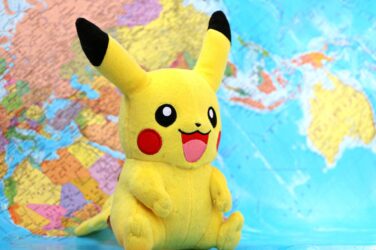 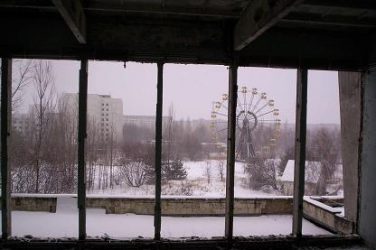 Memories of a trauma

Chernobyl: four people recall the disaster which traumatised Europe. How did they feel about ...