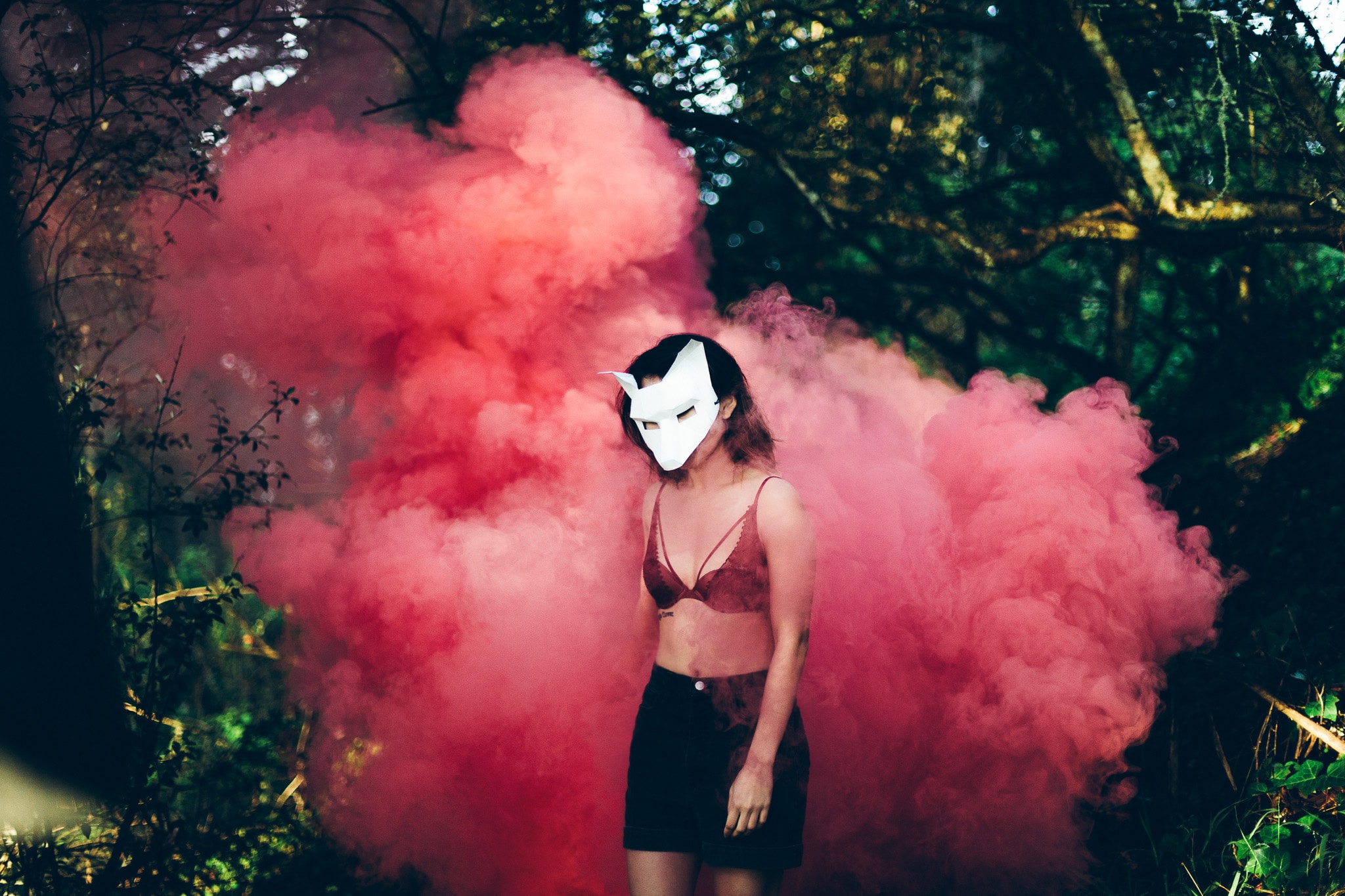 By A Tribe Of Women‘s author Ann Vale.

Raised by an all-female family, I was always encouraged to be independent, strong-minded and go after all I wanted. My mother and sisters, who are ever advocates for female empowerment, championed equality in relationships and life. So, the last place I expected to end up was in an emotionally abusive and controlling relationship ever – let alone twice over.

My father was a serial cheat, with secret families and illegitimate babes dotted around my hometown. I hate the term ‘daddy issues’. It’s sexist, counterproductive and shames women. It throws them in an ‘I’m damaged’ box, which is all due to the trauma they received from their fathers as children, but I guess I would be tarred with that brush.

His wrongdoings gave me a skewed view of men and what they could bring to the table. When he left (I was 15), I developed severe trust issues that manifested as jealousy, and an underlying insecurity about never being good enough.

Teen trauma made me extremely picky with men. I promised myself I’d never end up with a man like my father, when unknowingly, that’s exactly what and who I went for – as the cliché goes. I was all for the creative and confident types – bolshie men with fire in their belly. That was my pattern and that’s what attracted me to my first long-term boyfriend, an artist with an air of self-assurance I couldn’t resist. I was a burlesque performer and DJ at the time, counteracting my own insecurities by surrounding myself with confident women. He sat at my feet in the DJ booth one night insisting I let him take me out. I thought this perseverance was romantic. I was like, wow, this man cannot bear to leave the bar without getting my number. I realise now that it was the start of it all.

The first few months were bliss. You couldn’t have witnessed a couple more in love. We moved in together quickly. There was talk of his ex-girlfriend moving back from Spain, but I felt secure and I trusted him – regardless of tales I’d heard. When she started working around the corner from me, we even greeted each other most mornings. At this point, his behaviour started to change. He went from besotted to despising how I breathed or talked. He became increasingly jealous of me talking to other men, so I cut every man that I could from my life in order to appease him. Oh – and I waved goodbye to burlesque.

Everyone thought I was an idiot but I took him back. This is where the control really took hold. He’d seen the power he had over me and began to use it.

One morning after one of his many late nights out, he came home and left his phone in the living room. I swore I’d never be that girl, but there I was scrolling through his messages. And there they were – exchanges between him and his ex-girlfriend, even photographs of flowers he’d sent her on her birthday. Destroyed, I woke him up and searched for an explanation. He sobbed and told me they were just friends. I grabbed her on my way back from work and she told me the same. Of course, I took him back. Everyone thought I was an idiot but I took him back. This is where the control really took hold. He’d seen the power he had over me and began to use it.

Over two years, he pulled me away from my friends and family, fed into my body insecurities and toyed with my love and emotions. He gas-lighted me regularly: when certain situations happened, he’d convince me they hadn’t. My life became all about making him happy. And then I discovered he was cheating on me again – shamelessly bringing a woman to our flat regularly whilst I was at work. When I confronted him with bags in hand and best friend waiting outside, I’d never seen a man more broken.

We came to an arrangement that I’d live in the flat until our tenancy ended. The control became worse and our relationship became violent. He’d be waiting in my living room after my nights out and push me around or get his hands around my throat. The scariest incident was when I woke up after a night of heavy drinking, and found him on top of me and had to fight him off. One of my colleagues discovered me in tears in my office at work so I explained what was happening. The look on his face was enough to tell me it wasn’t right. I called my ex’s mum to tell her the situation and that I was moving out.

On the surface, I was the confident party girl but, underneath, I was a broken woman struggling to stay afloat.

She told me her son would never do that; because of this, I never told anyone the extent of the abuse until very recently – even now I fear people won’t believe me. I had a new flat on my own within a month.

I want to tell you that I spent the following years recovering – that I did what I was supposed to do. Yes, I went to therapy, I tried to focus on myself, but he still had a hold of me. He’d regularly turn up on nights out. One time, he even attacked me in front of my friends. Alcohol masked how I felt. There were men in and out of my life during this time – all of them I treat badly. I was lost. I couldn’t see any way out. I idealised suicide. I started to get drunk and turn up at his flat. The misery of him was the only place that felt like home. On the surface, I was the confident party girl but, underneath, I was a broken woman struggling to stay afloat.

Then one morning, everything changed. On my walk to work, there was a bus coming up the road and every part of my being wanted to step in front of it. The rational side of my brain quickly pulled me back – and I knew things had to change. I walked myself straight into the doctors and began therapy once again. Gradually, I started to heal, weaning myself off his toxicity. The problem with alcohol remained, but I got a new career, and reconnected with friends and family. My confidence was on the up. I was discovering who I was again.

Cue my second long-term relationship – a spirited Geordie musician (told you there was a pattern). He oozed confidence from every pore and I was smitten from the first date. We spent the first few months pining for each other, confessing our love just a few dates in.

There were red flags from the start with this one, but I chose to ignore them. When I told him about my past trauma, he told me I was weak for not leaving an abusive man and ignored me for days. His rules:

Surely moving to Newcastle – leaving a business and my friends behind in Leeds to start a new life with the man I loved – would help us? Surely. I can’t remember a day we didn’t argue or have some kind of exchange to do with my past with questions surrounding it. He made me believe that his values and opinions were the only ones that were true and mattered, and I lived my life this way. I grew increasingly angry, and my own insecurities took over and I started to mirror his behaviour. With the trauma of my past eating away at me, it became a perpetual circle for both of us. This went on for two years.

I’ll never forget the look on my mother’s face on my 30th birthday. She’d plastered the house and restaurant she had booked out, proudly with photos of my formative burlesque and modelling years. I asked her to take them down because he’d be angry. Again, seeing someone else’s reaction to this behaviour showed me how wrong it was.

I’ll never forget the look on my mother’s face on my 30th birthday. She’d plastered the house and restaurant she had booked out, proudly with photos of my formative burlesque and modelling years. I asked her to take them down because he’d be angry. Again, seeing someone else’s reaction to this behaviour showed me how wrong it was. A few months after, it all ended in a nasty and violent exchange, so I moved my stuff out. In Groundhog Day fashion, he came back as a broken man, telling me how he was going to change. It’ll come as no surprise to you that he didn’t – and shortly after, we split for good. Two weeks later, he had a new girlfriend. I’ve since learned that this type of man cannot be alone.

One year of antidepressants, counselling, suicidal episodes, breakdowns, breakups and a huge amount of soul searching later, I’m finally on the road to recovery.

The thing about trauma is that it leaves you a shell of your former self – but I’m learning.

I’m learning how to deal with my insecurities and trust issues. Before I let another man into my life, I need to be happy in myself.

I’m learning that my happiness comes from making others happy, but I shouldn’t forget about myself.

I’ve learnt that there’s a light beyond controlling and emotionally abusive relationships. I no longer feel like a lost little girl, searching for herself inside someone else.

I’m learning to be the strong, independent and most importantly, happy woman, I always thought I was.

I’ve learnt to be a selfish dater. I only have people in my life who embody my values, which my counsellor helped me establish.

I’ve learnt that alcohol does not bring me anything. It has gone completely, and I’m living my best sober life.

I’m learning to be the strong, independent and most importantly, happy woman, I always thought I was.

Emotional abuse is a real thing. Please don’t ignore it. 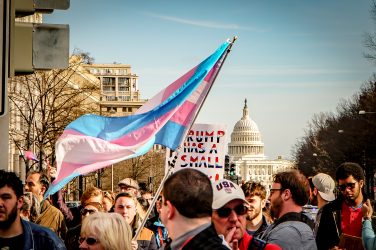 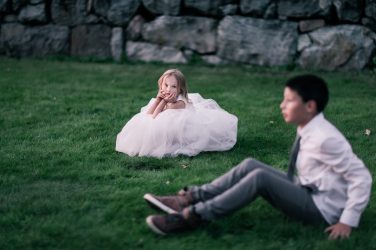 Happily ever after: can we still do it?

E&M ‘s Julia wrote about the possibility of monogamous long-term relationships and if the ... 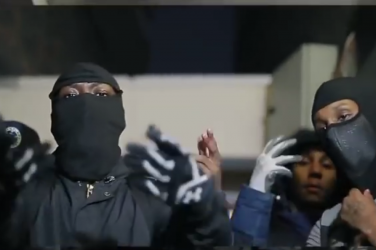