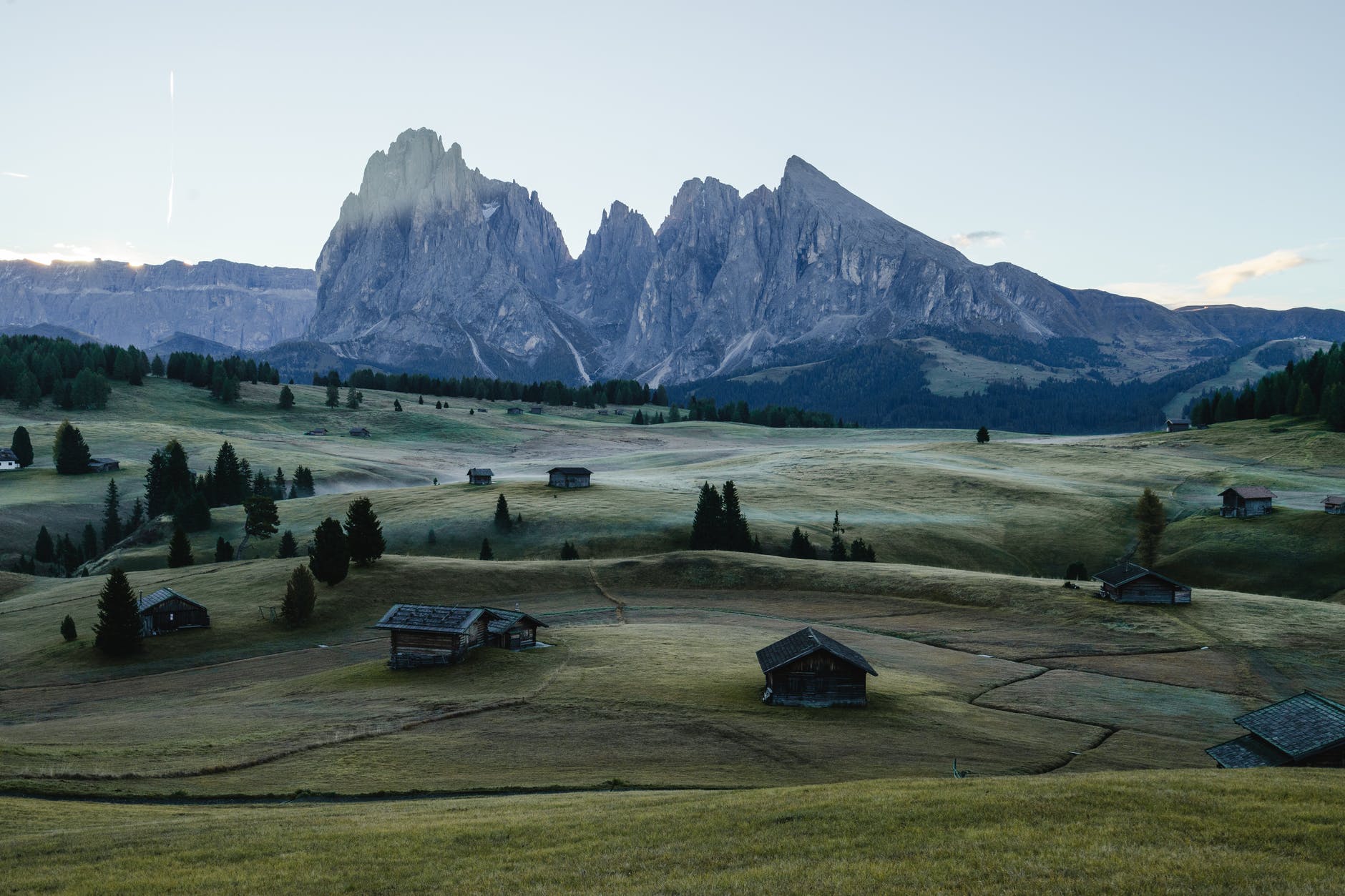 The idea of a “Europe of the Regions” is popular among intellectuals in many places, such as Catalonia, Scotland, and, South Tyrol. However, the promise of improved European solidarity is a farce, thinks E&M author Valentina Gianera. Below, she analyzes the South Tyrolean stance – exposing its Pro-Europeanness as inauthentic.

Massive mountain ranges protect the small Italian province Südtirol right in the heart of Europe. Rough and barren are the craggy peaks of the Dolomites, encompassing a small paradise. Its sparkling green lakes and untouched woods permeated by the scent of wet leaves and mushrooms attract millions of tourists every year. Local products have conquered international markets, where they are being sold as “a piece of nature” and domestic industries continue to stand their ground all around the globe. The formerly poor and isolated people of mountain farmers evolved into a flourishing, well-connected society, suitable and ready to be the poster child of Europe.

Next to its natural beauty and economic growth, the unique historical development resulting in a local administrative autonomy within the Italian nation-state sparks European interest. Yet, despite Südtirol’s present self-understanding as a “Euroregion”, if one were to look for true European Zeitgeist – one would look for it in vain.

The largely German-speaking population has been a linguistic minority in Italy ever since Südtirol was separated from Austria after World War One. The local population suffered suppression of their culture and language by the Italian state for a long time. Under Fascism, education in German was forbidden, local traditions and festivals were replaced by national holidays and the political and legal administration of the region were fully Italianised. The process of assimilation of the local population went as far as to translate citizens’ full names into Italian.

The decade-long fight for the reintroduction of the German language, for the recognition of culture and tradition finally discharged into a statute of administrative autonomy. This statute protected the rights of the German-speaking minority and was aimed at fostering peaceful co-existence of the two cultures. The fundament for this statute had already been created in the Parisian treaties of 1946, yet, it was only formalized in Italian jurisdiction in 1972.

Today, the region is often praised as a prime example of local autonomy and cultural integration. The South Tyrolean is seen as the child of two cultures, just as the European ideal would demand.

At first sight, Südtirol seems to meet this demand. While Salvini’s right-wing extremist Lega achieved an unbelievable 34% in Italy in the European elections, Südtirol celebrated a victory of pro-European forces. Bright and shiny were the cheeks of those candidates, whose parties missed the national 4%-hurdle to enter the European parliament, but did remarkably well in the region, such as the Greens or +Europa. In total, pro-European parties won almost 75% of the South Tyrolean vote. Among the German-speaking population, this number was even higher. No doubt, it was time to pat each other’s shoulders, and proudly glance through the beautiful landscape, which seems to host an abundance of convinced and dedicated Europeans.

However, this image hides some less European traits of Südtirol’s society: integration between the two linguistic groups proceeds only sluggishly and is even still actively fought against in many places. Solidarity and concern stop at the tall mountain ranges that form the border of the province. Europe tastes somewhat differently in Südtirol, like “independence” and “away from Rome”.

A Europe of the Regions

Many of the topics that were influential in European public discourse, such as the proposals of a pan-European welfare system, an emission tax or a common asylum procedure, were of little interest to South Tyroleans. It appeared much more important to secure a South Tyrolean representation in Brussels, to voice regional concerns. The most important request: A Europe of Regions.

Having been in office uninterruptedly since the beginning of regional autonomy, it is especially the South Tyrolean people’s party (SVP) that advertises the idea of a Europe of Regions for years. The core of the idea is that many national competencies should be relocated to subnational and supranational levels.

The hollowing of national sovereignty and the corresponding shift of political decision-making does not only concern South Tyrol. Based on the conviction that many core issues of European society can only be tackled by strengthened European co-operation, the idea of a Europe of the Regions has become popular in academic circles. The examples of issues that transcend the nation-state are plenty and well-known: climate change, China’s growing power on the global market, forced displacement, social inequality or questions of asylum law and integration.

The nation-state is both too small and too big to fight these problems on its own. It is too small because cooperation is an unquestionable necessity to cope with transnational issues. It is too large because law and regulation must be fitted to local conditions to be accepted and effectively implemented by the people. In many European states, such as in Italy, the social, cultural and economic discrepancies are too large to effectively adopt unitary nationwide policies. This means, that the nation-state is often too far removed from concrete realities to adapt political measures to local circumstances.

A shift of national competencies to the EU level poses the threat of further alienating political decision-making from the population, and could hence only be contained by a simultaneous establishment of wide-reaching local administrative authority.

Yet, if one looks to the example of Südtirol, one is right to pose doubts on the idea that a shift of political competencies would contribute to successful and solidary cooperation in the EU.

Self-Interest on the Horizon

South Tyrol has not been wasting time to set the first steps towards a Europe of the Regions. Together with the Austrian Region Tirol and the Italian province of Trento, South Tyrol forms one of the few Euroregions, characterized by cross-border administrative entities within the EU. Through close interregional collaboration, the Euroregion Tirol-Südtirol-Trentino aims at pushing common solutions in areas such as mobility, education and economic growth.

Yet, the longing for a Europe of the Regions is mainly nurtured by conservative and economic factors. On the one hand, South Tyrol aims at further anchoring its unique cultural identity in Europe and strengthen it through increased political devolution in all domains. It is not surprising that especially the German-speaking population favors increased collaboration with culturally related regions such as Tyrol and Bavaria. On the other hand, Südtirol seeks to disentangle itself from the heavy bureaucratic burdens posed by the Italian state whilst distributing the revenues of its sustained economic growth across its own population.

The current statute establishing South Tyrol’s autonomy provides for many administrative areas to be either directly administered in the province or to be adapted to their perception within national parameters. These areas, for instance, include tourism, protection of the landscape, human resource management, education, and infrastructure. Moreover, 90 percent of all tax revenues collected in South Tyrol remain at the disposal of the province, where they are then distributed to the benefit of its own population. Only the remaining 10 percent of tax revenue is forwarded to the central Italian administration to finance those areas that do not fall into the competencies of the province, including defense, the protection of national borders, asylum procedures and international affairs.

Despite its low national contributions amounting to a total of 10 percent of tax revenues, South Tyrol proudly proclaims its status as a net contributor to the national budget. Overall, South Tyrol adds more to the national budget than it takes from it, amounting to a net contribution of precisely one percent. This figure pushes many South Tyroleans to portray the Italian state as a leech and demanding an increase of administrative autonomy.

However, if one was to put the one percent in relation to the level of prosperity of other regions, like Calabria or Campania for instance and compare Südtirol’s contributions to those of other net-contributors like Lombardy and Veneto (many of which are by the way demanding similar autonomous competences), those one percent seem completely out of proportion. Moreover, they complete the picture I am trying to draw: Südtirol’s interest to form a Europe of regions is coined by pure self-interest, ignoring the realities and needs outside the rocky borders of the province.

The rhetoric of net contributors is well known on a European level. It mainly characterizes a set of parties on the right who position themselves against a union built upon solidarity and see belonging to the European Union more as a membership for a golf club. Only as a net contributor, a country is in a position to encounter the EU at eye level and set its own demands and requests. After all, EU membership fees must be worth their money, so the leader of the Italian extreme right party, Matteo Salvini. EU membership mainly maintains the aim of achieving individual political and economic advantages. Reasons for solidarity with poorer European regions or even people outside the European borders are hardly considered.

This way, both the national and the regional levels end up fighting for their own self-interest. One reason for this inward-looking attitude could be the size of any particular region. With its population of merely 500.000 citizens, Südtirol has neither the financial power nor the soft power to substantially contribute to solving international problems. This awareness, paired with a partial lack of dependence from larger administrative entities due to its local autonomy also crucially affects the attitude and interest prevalent amongst the population. An in-depth engagement with national or even international issues and concerns seems abortive and limits the concern for fellow humans to those inside the borders of their very own province.

Another possible reason for the withdrawnness of the region from international affairs and solidarity with the people outside of Südtirol’s borders is the lack of diversity, which results in a high degree of in-group identification. The smaller and more homogeneous a people under a common jurisdiction, the more likely it is that the citizens and their elected representatives act as a closed group. Despite the cutting line between the German and the Italian speaking population, especially the German-speaking majority portrays a relatively strong and homogeneous group identity. This group has been represented politically by the South Tyrolean Peoples’ Party for approximately 70 years. This reality enables the province to position itself clearly and eases the fight for their particular self-interest. At the same time, it undermines the apparent necessity for a continuous quest for belonging and global coexistence.

Needless to say that in the case of Südtirol, many of the factors leading to their strong local identity and the resulting withdrawnness are historically induced. Nevertheless, I wonder whether a fundamental shift in the level of governance towards the subnational level would not further deteriorate pan-European solidarity and the mastering of international concerns. In our current world characterized by nation-states as core political actors, nationalism, collective action problems and the awareness of one’s own impuissance already hinder the solving of pressing international issues and undermine solidarity with outsiders. Breaking down nation-states to even smaller and more homogeneous entities could further the quest for self-interested politics and nurture the dystopia of a European Union based on the image of a golf club. Collaboration in the realm of economics and security politics would flourish whilst silencing the cry for solidarity and equality. At least in Südtirol, the search for a small solidary Europe is in vain. 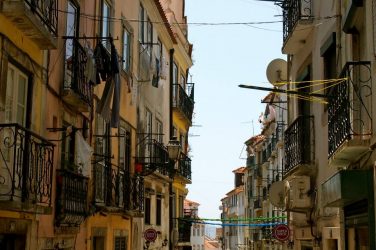 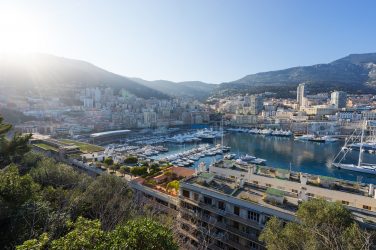 The golden gates to Fortress Europe

The numbers of immigrants coming to Europe has decreased since 2015 – but at ... 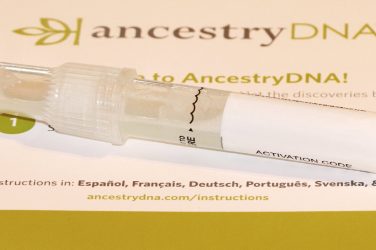 DNA tests are all the craze today, for the genealogy nerds among us as ...