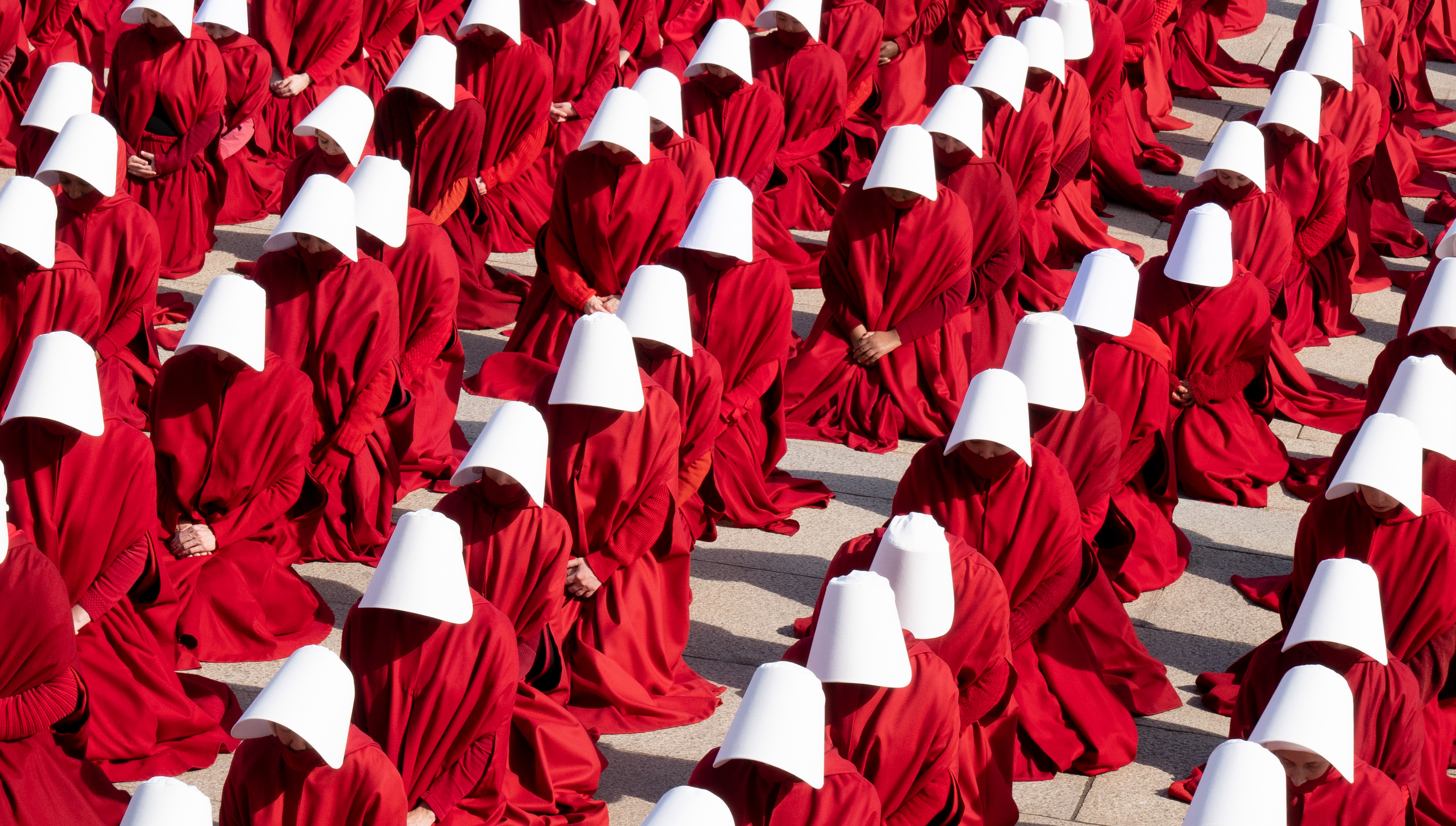 In the midst of a recent accelerated crackdown on reproductive rights, E&M’s US correspondent Allison Welty looks into the roots of the anti-abortion movement in the US, and what it tells us about its growing relevance in Europe.

Earlier this month, conservative parties across a number of states passed dangerous bans on abortion and reproductive rights in order to challenge the 1973 Supreme Court decision that has protected legal access to abortion since. However, this decision to uphold the constitutionality of abortion in the United States is often widely misunderstood. In reality, the heart of the Roe v. Wade ruling had significantly less to do with the patriarchy and misogyny, and focused instead on democracy. Without autonomy over our own bodies, we lack the capacity to be a truly free and democratic society. This key principle is what led a conservative majority on the court to vote in favour of legalising abortion access, and it is an important factor in working to understand why these recent abortion bans are so insidious and why Europe, currently facing its own crisis of democracy, is not immune from this same danger.

Without autonomy over our own bodies, we lack the capacity to be a truly free and democratic society.

The simple explanation for how abortion became such a crucial political issue is of course that abortion mobilises a large number of fundamentalist and evangelical Christian voters. In the 1960s, abortion was rarely discussed as a political issue, if it was discussed at all. In fact, conservative politicians like Ronald Reagan and George H.W. Bush once signed legislation in favour of abortion access. However, as politics changed dramatically in the wake of Vietnam and civil rights, it became increasingly difficult for conservative politicians to attract new voters, and it was difficult to compete with waves of younger voters who were more willing to reject conservative platforms.

And campaign officials identified a large body of apolitical Christian voters as the necessary group to build their base. They began to rebrand abortion as a moral and religious issue, rather than a health and public safety concern, in order to bring new voters into the conservative party. These new voters successfully counter women’s’ liberation movements and calls for reproductive freedom as an issue of gender equality. And abortion has remained such a contentious political issue because of the emotional appeals possible on both sides of the argument. Even today, the mobilisation of evangelical Christians has bolstered Republican leadership, and this was especially clear, albeit confusing, with their fervent support of Donald Trump in 2016.

One of the most pervasive questions about the anti-abortion movement in the United States has been about the blatant hypocrisy between message and action. Decades of pro-choice activists have noted the message of being “pro-life” and “saving babies” from abortion is entirely antithetical to almost every other major platform championed by the party of anti-abortion activists. From efforts to restrict benefits programs, increase militarisation of both international forces and domestic police, restricting protections for refugees, the sustained effort to deny citizens access to affordable health care, and the outright refusal to consider any form of gun control, almost every major conservative mandate has been proven time and again to directly result in the loss of many lives, and “pro-life” conservatives are in control. This is not to mention the lives of womxn that will be lost if abortion once again becomes illegal.

These policies directly threaten innocent lives every single day, and yet, abortion remains the single issue where the protection of human life is contained in the messaging. And while citizens’ and states interests are regularly understood to be the same thing, there is a critical distinction to be made between the two and an incredible danger in conflating the two.

Benefits programmes, health care, and education budgets are cut in the name of supporting the American economy. War and increased militarisation are waged in the name of defending American interests abroad. Immigration policies are in defence of the border. And perhaps the most blatant is the refusal to even consider reasonable gun control measures prioritise the second amendment over literal human lives. In fact, the major commonality between almost all major conservative party platforms and the rhetoric used to describe these policies is an inherent defence of the state and its power, not a defence of the citizens themselves. Conservative abortion policy and its emphasis on saving lives rather than strengthening the state is seemingly the outlier in the platform, but is it really?

These policies directly threaten innocent lives every single day, and yet, abortion remains the single issue where the protection of human life is contained in the messaging.

In reality, outlawing abortion has a lot more to do with establishing citizens as property of the state. And as it turns out, the state has an incredible incentive for outlawing abortion. It would be a mistake to assume the Conservative politicians pushing a dangerously nationalistic agenda have simply ignored the dangerous consequences their policies create.

The United States’ hostile immigration policy has already led to labour shortages, especially for low-skilled and minimum wage positions. And voluntary enlistment into the military has been facing rapid decline since the surge of enlistment after the 9/11 attacks. Donald Trump’s recent ban on Transgender citizens from serving has only further reduced these numbers. By restricting access to abortion, it stands to reason a federal abortion ban will eventually provide enough low-skilled labourers to replace what will be lost from a lack of immigration and those hoping to pay for ever-increasing education costs will see the military as one of their only viable alternatives. These motivations are especially clear when we remember conservative representative and white supremacist, Steve King’s statement “You cannot restore our civilisation with someone else’s babies.”

Forcing the birth of millions will also be great for capitalism. It is no secret that wealthier women will be able to work around an abortion ban, meaning lower income, and especially lower income women of colour will be more heavily impacted by an abortion ban. These same demographics are far more likely to be preyed upon by all American industries like our private, for-profit prisons, payday lenders, for-profit colleges, and multi-level marketing schemes as these families seek to improve their financial situation to support their growing families. These industries overwhelmingly donate to Republican campaigns, and it is not a coincidence these abortion bans are being passed at the same time these industries are strengthened by massive deregulation and corporate tax-breaks.

Anti-abortion policy alters the power dynamic and relationship between state and citizen in a way that subjugates the citizen to the state without their consent. And it is not only American citizens who should be worried by this trend. The UN recently revised its population projections to reflect incredible declines in Western democratic populations. The birth rates of almost every Western democratic society have been steadily falling for decades, and it is easy to view this trend as detrimental to the growth of the global workforce and economy. And almost every European country is implementing similar nationalist policies that similarly restrict immigration and require massive investments into military forces.

Mandatory waiting periods for women seeking abortions are incredibly common across Europe, with Germany, the Netherlands, and Belgium all requiring multiple consultations in addition to these waiting periods that provide barriers to the procedure. 22 of 28 EU Member States allow a doctor to conscientiously object to the procedure. In Italy the right to obtain an abortion exists in name only, as doctors in a majority Catholic country refuse to perform the procedure. And Germany only recently weakened a law dating back to 1933 Nazi Germany that prevented doctors and healthcare providers from advertising themselves as abortion providers.

The law previously prevented access to reliable information about abortion procedures, and many still argue the law should be rescinded entirely. European abortion laws are often understood within the liberal context of supporting the collective good. However, it would be a mistake to assume this concept will always be determined in respect to individual rights and freedoms, especially as nationalism and far-right populism continue to threaten the stability of democracy. Abortion rights, long believed to be settled in the United States are under threat like never before, and it would be a mistake to believe Europe is immune to the same impulses. 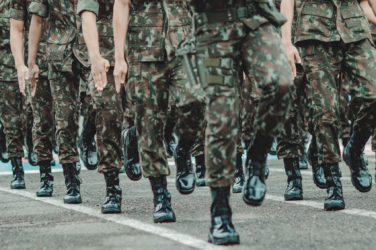 Stopping Boys from Being Boys: Gender Dynamics in Peacekeeping Missions