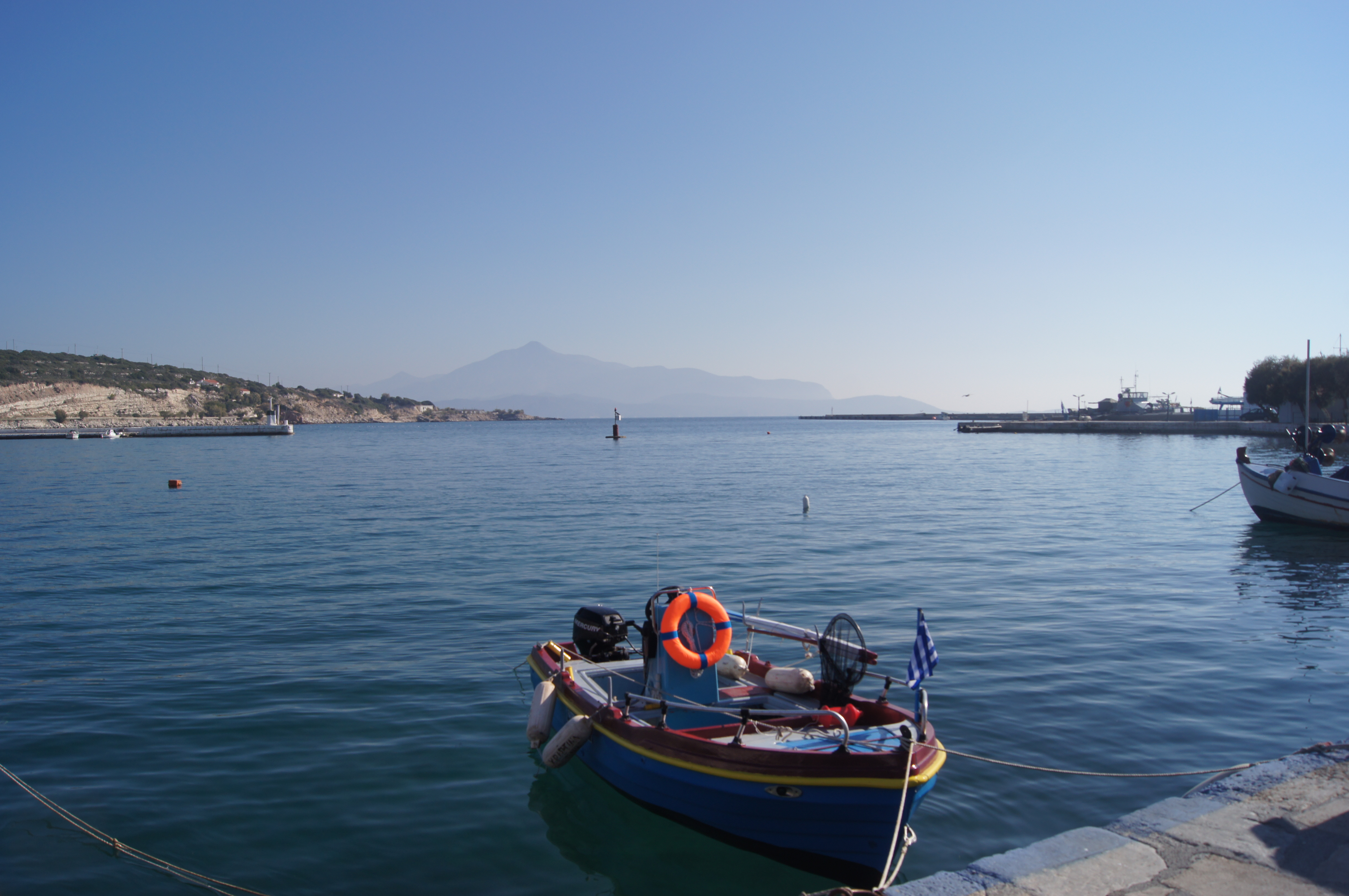 E&M’s Nicoletta Enria investigates: can we talk about immigration without talking about racism?

When the female athlete Daisy Osakue, Italian born to Nigerian immigrant parents, was viciously pelted with eggs, this sparked a conversation on whether we can really talk about immigration separately from racism. Indeed, after posting about this on Facebook, I was confronted with reactions explaining how this wasn’t a racist act, and how the race crisis in Italy is a lie peddled by liberal media to hide the problematic immigration crisis.

But can they really be separate? Italy has seen a surge in racist crimes since the new government, consisting of far-right Lega and populist Movimento Cinque Stelle, united in their passion for curbing immigration. Similarly, in the UK racist hate crimes have surged since the Brexit referendum, during which the debate primarily focussed on immigration. As a debate in Germany rages on immigration control, with Minister of the Interior Seehofer adamant to curb Chancellor Merkel’s open door policy, neo-Nazis have started openly storming the streets hurling racist slogans. The list goes on. This has all made me wonder if it is at all possible to speak about the immigration crisis separately from racism?

A recurring question: why are white people expats when they move abroad, and people of colour ‘immigrants’? Expat, short for expatriate, refers to a person “temporarily or permanently residing in a country other than that of that person’s upbringing”. So why is a white European individual in Hong-Kong an expat, and a Pakistani individual in the UK an immigrant? Language, seemingly a given, something we use every day, consolidates our social world. By looking into language we find all the prejudice and stereotypes steeped in our social understanding of the world. And spoiler alert: race is a social construct. Race doesn’t actually exist but social communities are ‘racialised’. The allocation of the term ‘race’ is created and manipulated to establish difference and power.

Then, how is ‘immigration’ racialised? When discussing anti-immigration policies, leaders continuously make reference to individuals from the Middle East, Africa and South Asia, making a connection between the body of colour and migration, using ‘race’ as a cipher for Otherness.

I grew up as a migrant in Germany and the UK, and always identified as one. I remember in suburban London, at the ripe age of 12 my then-best friend starting a tirade against migrants stealing British jobs (I imagine aping some conversations she had heard at home). When I pointed out that I too was a migrant, she went on to say that I wasn’t. And there it became crystal clear to me: ‘migrant’ was and continues to be a racialised cipher to highlight that someone doesn’t belong.

Think about it, in the UK we still refer to second and third generation migrants from the 70s postcolonial migration waves from India, Pakistan and Bangladesh. But why should these individuals be defined by their relatives migration – when they themselves have never moved and are undeniably British? ‘Migrant’ is used as a stamp to mark difference, and establish power – creating an impenetrable white Britishness (or Europeanness).

Visual: Between desperation and violence

One campaign video by Lega’s Salvini particularly struck me. Here, at the beginning of the video, as Salvini is in the foreground of the shot, and a group of black men walk behind him, he says: “you guessed it, we are here to talk about migrants.” Hereby, Salvini makes a direct connection between blackness and migration, through language and visually consolidating an understanding of migration as inherently not white.

John Berger in his iconic Ways of Seeing argued that we never just look, but we always situate ourselves in what we see, thus exploring the relation between the object and ourselves. A useful example of Berger’s is how, when we look at paintings that represent femininity, this influences our understanding of masculinity, thus consolidating perceptions of gendered difference. Whilst this provides an outdated binary understanding of gender, it helps us understand how visual experience provides fertile ground to sew exclusion into (or out of) society’s fabric.

“There’s no such thing as the ‘voiceless’. There are only the deliberately silenced, or the preferably unheard”

So when we watch television, immigration is always defined by images of individuals of colour desperate en route to Europe. This consolidates an understanding that migrants are only of colour, but also that they are objects of pity and desperation – incapable of success or happiness. This creates an impenetrable stereotype of the black or brown body as silent and defined by misery. On the other hand, much of anti-immigrant rhetoric is accompanied by images of large swathes of men making their way towards Europe, highlighting a potential violence. This visual representation, coins the migrant as defined by desperation or violence – cues for danger, but rarely the agency to define their own narrative. As the famous Arundhati Roy quote reads: “There’s really no such thing as the ‘voiceless’. There are only the deliberately silenced, or the preferably unheard”. These visual portrayals serve to continually perpetuate a racist oppression of the migrant as powerless in their desperation or threatening potential.

So, whilst this rhetoric may consolidate a societal racist understanding of who a migrant is, which can explain a significant rise in racist violence, how is this then reflected in policy? The infamous Fortress Europe: it is a metaphor coined for Europe’s increasingly strict tightening of border controls matched by its looser internal movement.

How is this constructed? Noteworthy is that the EU is the world’s second largest economy after China – a mind boggling amount of money. This is then complemented by the fact that, as of January 2018, there are around 512.6 million people in the EU, with a significantly average if not low population density per km2. This is an interesting context to keep in mind to underline that the EU doesn’t technically really NEED such tight border controls due to overpopulation or restricted resources.

Nonetheless, most of the EU budget goes into dishing out readmission agreements with third countries – deals with non-EU countries to be able to ship back migrants they feel don’t really need to stay in the EU – at an increasing rate. They’re also increasingly striking deals with transit countries, notoriously Turkey in 2016 and now Egypt, to try and block migrants on their journey by effectively throwing money at despots who want to make themselves seem internationally accepted through deals with the EU. Even migration and development initiatives are always to the avail of increasing border security in the Mediterranean and Eastern borders, blocking migration from the MENA and African regions. These policies are reflected nationally in most European countries, and one mustn’t forget that the people in the EU boardrooms that ratify these migration policies are nationally elected MEPs, not faceless EU bureaucrats.

As European countries move further and further away from social-democratic principles and erode the welfare state, European leaders increasingly need a faceless Other to blame for the ills of society and their misfortune – and the racialised ‘immigrant’ plays this very role. By racialising the very meaning of ‘immigrant’, it is made to seem inherently alien and thus not worthy of respect. You ask how people can stop caring about the thousands of lives lost at European borders? With a racist understanding of who an immigrant is and why their lives are worth less than one’s own which is settled in people’s minds through language and visual cues – it’s easy to.

As Europeans we all have a responsibility not just to call this out, but to actively dismantle the institutions and foundation that allows this racism to flourish. Because this is Europe’s race crisis – and it’s been going on for centuries, readapted from its imperial colonial roots. But Europeans must wake up, and act. 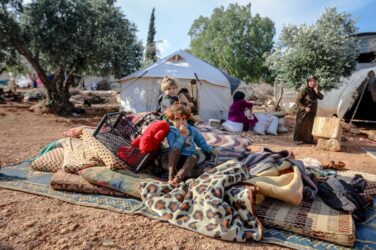 “These are people who look like us”: what media coverage of the Ukraine war tells us about the West’s selective moral outrage

E&M’s author Amr Abdelrahim exposes and analyses the racism and xenophobia that has become ...