Last week’s much anticipated European Elections have been dominating the headlines. As Europe scrambles to understand what its future will look like, E&M turns to Johannes Weiss on what happened and what these elections mean for Europe:

Between 23 May and 26 May, around 400 million Europeans were called to vote in the European Elections. Around 200 million made use of their democratic right and decided on how the European Parliament (EP) is going to look like for the next five years. Polls and early results show that the composition of the EP changed significantly, making already complex European politics even more complicated.

Since the first direct elections of the European Parliament in 1979, the voter turnout decreased continuously from 62% to 42.6% in 2014. For the first time in 2019, this trend was turned around with 51% of EU citizens exercising their voting rights.

Yet, all that glitters is not gold. On Thursday, media reported on non-British European citizens being denied their vote in the UK and on Sunday, videos circulated showing thousands of Romanian expats in European capitals queuing for hours to cast their vote and some even turned down. Regardless if on purpose or accidental, denying people their vote is nothing short of a scandal for the second biggest democratic exercise in the world.

Speaking of the UK, the country was legally bound to hold elections because the government could not agree on leaving the EU before the end of March 2019 as originally planned. The UK will now send 73 representatives to Brussels and Strasbourg, who will be forced to leave the parliament once Brexit happens. A good share of these seats were already reallocated to other Member States ahead of Brexit: this means that they will have extra Members of the European Parliament (MEPs) coming in at a later stage. Both the departure of the British and the arrival of new MEPs from other states will change the composition of the EP during the legislative term, which could be problematic from a purely democratic point of view.

A partial ‘green wave’ and no earthquake on the right

Turning to the election results, one can easily spot the big losers: Europe’s two big party families, the conservative European People’s Party (EPP) and the Party of European Socialists, continued their nosedive. They both lose a considerable number of seats and will fall short of a combined majority for the first time since 1979. At the same time, the ‘smaller’ groups in the EP will get bigger, with the Liberals, the Greens and right-wing parties gaining seats.

Europe’s two big party families, the conservatives and the Socialists, continued their nosedive.

Therefore, we can assume that the EP will be a more fragmented one. On a more positive note, one could also call it a more representative Parliament. Because the two biggest parties cannot dominate the parliament anymore, agreeing on different legislations will require new coalitions, increasing the political weight of smaller parties.

Looking at the Greens, it seems that they harnessed the momentum created by young people’s call for climate action, in particular with the ‘Fridays for Future’ manifestations. They increased their mandates and are probably going to be the fourth largest group in the EP for the next five years.

Green parties performed exceptionally well in Germany and Finland, where they are the second biggest parties. In Germany, arguably the Green’s biggest win in this EP elections, exit polls show that they were the most popular party in the cohorts of 18 to 44 years old. They also scored highly in France, the UK, Ireland and other countries in West and North Europe.

However, zooming out and looking at the bigger picture shows that the success of Green parties is limited to Western and Northern Europe. The only seats for the Greens from countries who joined the European Union after 2004 will come from Latvia and Lithuania, the only mandates in the South were conquered in Spain.

In the run-up to the elections, there has been much talk of a possible group uniting far-right parties. And indeed, they did gain considerably. If formed, the European Alliance of People and Nations (EAPN) under the leadership of the Matteo Salvini’s party Lega would be the fourth or fifth largest group. Gains for this possible group come from Lega in Italy and the German AfD. Marine Le Pen’s Rassemblement national in France maintain the same number of seat as in 2014. Results for this future group simply do not add up to the predicted earthquake – or any other natural force you might come across for that matter.

Watch out for Brexit Party and Fidesz

To widen the far right group’s influence, Salvini and Le Pen will probably turn their heads towards two other big and victorious players on the right: the Hungarian Fidesz with Viktor Orban and the British Brexit Party led by Nigel Farage.

The Brexit Party – a self-proclaimed start up party without any written manifesto – replaces the German conservatives as the biggest individual party in the parliament and has not yet indicated whether they would like to be part of a group or not. The only thing which seems to be certain is that their current affiliation (EFDD) will not hold because the group would not meet the legal criteria for a political group once the UK leaves the EU and the Brexit Party the EP.

Meanwhile in Hungary, Orban portrayed the elections as a referendum on the EU´s approach to migration and it seems that he succeeded with this discourse. Fidesz gained an absolute majority in Hungary which translates into 13 seats in the EP. Since the party’s membership in the EPP group is currently suspended, he might look for a new alliance. Whether this alliance will be one with Salvini and the EAPN is not set in stone given that the two strong leaders might not be on the same page on migration issues, which is arguably their focus area.

All in all, the combined mandates on the right fringe of the party spectrum will not be enough to build any kind of blocking force within the EP. Yet, at home these parties will use their electoral success to further harden their line on migration policies, especially Fidesz and Lega as governing parties.

Out of these top jobs, the most important post is that of Commission President. A number of variables make the allocation more difficult than 2014 and the reasons come from both the European Parliament and the European Council, especially in the liberal camp. In the run-up to the elections, liberal leaders in Member States (Emmanuel Macron in particular) and in the EP (understand Guy Verhofstadt) have made clear that they do not believe in an automatism which makes the Spitzenkandidat of any winning coalition the Commission President.

The official reasoning behind this rejection is the absence of transnational lists. Only these would allow EU citizens to vote directly for a party’s top candidate. However, the real cause for Macron’s rejection may be more profane: he came into power with the aspiration to shape Europe. Being associated with only the third strongest force in the Parliament leaves him on the passenger’s seat with the nomination of the Commission President.

As a consequence, whoever wants to become the next Commission President, has to find a coalition that grants them the majority within the Council and within the Parliament. Once decided on, all the other stones will fall into place and posts will be allocated with the regional and gender balance in mind, according to the motto ‘united in diversity.’

The European Union might just take another step towards a grown-up democracy.

To conclude, the European elections made the EP more diverse in the sense that centre parties lost their dominant role and more interests are going to be represented. At the same time, the European Council is also more diverse than ever as national governments range from the right to the centre-left. EU politics has never been easy and these elections have not helped to simplify things. But who says that democratic policies have to be easy? In this sense, the European Union might just take another step towards a grown-up democracy. 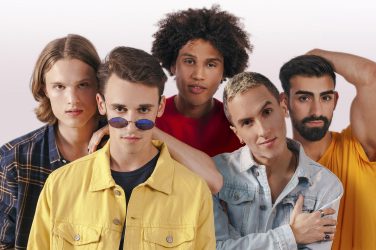 Thought Brexit was a done deal? You haven’t met the Breunion Boys

Are you sick of the constant Brexit feuds? Everyday, a different scandal, and no ... 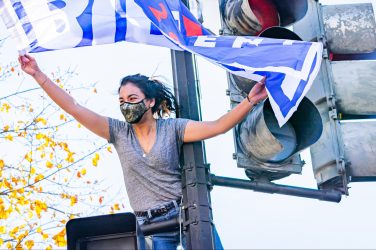