Do we still have visions for the future? Especially as lockdown bailouts are given out to too-big-to-fail firms all across Europe, it seems that politics has given up fighting for a better future, and contents itself with limiting damage. In light of this, E&M’s Benjamin Schmidt’s takes a critical stance on the German response to the current economic turbulences and calls for an end to blind Keynesianism.

It did not come as a surprise when the German government announced its decision to invest €9 billion in the troubled airline Lufthansa in the aftermath of the first surge of the Covid pandemic last year. That night, Peter Altmaier, the German Minister for Economic Affairs and Energy, called the financial support “a clear signal for the market economy” and justified the decision to refrain from taking over any decision-making power over the business’ conduct by stating that “the state is not a good entrepreneur”.

Despite the obvious connection to the bailout of Lufthansa in this case, these statements represent a general attitude apparent in German economic policies since the economic crisis. Considering its economic significance as the fourth largest economy in the world, it is worth giving the decisions of the German government a closer look. Especially in the light of the German commitment to sustainable development goals, questioning the reasoning behind far-reaching support for the unsustainable airline industry seems essential.

A clear signal for the market economy

What did Altmaier mean when he stated that the bailout of Lufthansa was a clear sign for the market economy? Our school systems teach us to think of the market economy as a system dominated by the free interaction of market actors. A free haven for competition that is regulated by demand and supply. A place where governments merely provide the legal framework and a basic infrastructure, but refrain from interfering with the market in other ways, as that may interrupt the best possible allocation of resources.

However, looking at modern market economies, it quickly becomes clear that this liberal ideal has long been given up. At the latest, the 2008 financial crisis has demonstrated the permanently looming fragility of free markets and the willingness of and need for governments to balance them out. To this point, this has not led politicians to focus on the creation of more sustainable market conditions. Instead, they stumble from crisis to crisis, engaged in a game in which they take on the godlike position of differentiating those companies which are ‘too big to fail’ and those which are not. It is astonishing how, once a company is identified as ‘too big to fail’, all ethical and environmental considerations around the company’s conduct seem forgotten – or at least secondary.

This has proven to be the case in the financial industry (think: bailout of banks), the automobile industry (think: “Abwrackprämie” – a scrapping bonus that was part of a €5bn federal stimulus program) and it proves to be the case in the governmental support for Lufthansa in times of Covid. In each of these cases the government acted out of a position of helplessness, rather than strength. There were no legitimised, transparent and stringent criteria that helped in evaluating the situation. The lack of clear guiding principles contributed to arbitrary decision-making and led the government repetitively back to the popular Keynesian ideal of promoting continuous full employment and steady economic growth.

This becomes problematic, once the Keynesian ideal works against other, more important and democratically decided goals, such as the Paris Agreement. In continuously betting on the largest and therefore most powerful, rather than the most innovative or sustainable companies, the German government is drifting without a compass.

The state is not a good entrepreneur

But how can governments act more confidently in economic questions, when they do not think of themselves as good entrepreneurs? States, even though they seem reluctant to see themselves as such, are inherently entrepreneurial. Governments control and allocate major budgets, develop strategies for the future and finally decide on, or at least incentivise, the course that our economies take. It is important for both, politicians and citizens, to understand the great power and responsibility that governments have in deciding over the development of their economies.

The first step in doing so is to realise that governmental budget allocations are actual choices. A positive example was provided in the financial aid for AirFrance/KLM that occurred around the same time as the support for Lufthansa. Keeping climate goals in mind, it was only granted once the airline agreed to suspend all inland connections that were easily replaceable by trains.

Alarmingly, such governmental constraints remain exemptions. Instead, the political narrative since the financial crisis has left little room for actual decision-making. Instead, blind Keynesianism – the bailing out of struggling, but supposedly infallible businesses – was widely supported without considering any real alternatives. Especially in times of crisis, when quick decision-making was needed, the establishment, rather than promising alternatives, was heard. Only by setting clear and deliberate terms, that need to be fulfilled by businesses in order to receive government support in times of crisis, can governments pull themselves out of the popular Keynesian trap.

The breeze of renewal

After all, it does not matter if governments are made up of better or worse entrepreneurs than companies. More than that, it becomes entirely secondary, once governments seize their responsibility to set the course for our economy. Governments need to understand that they have what businesses are lacking: a democratic foundation that at least in theory aims to benefit society at large. The right financial decision-making can steer and accelerate the economic and ecological development that the public wants to see. In pushing for renewal, it might make sense to look past the unfixable sails of the largest ships that are following the wrong, unsustainable course for far too long.

Governments need to realise that it is exactly these ships that shield the rest of the fleet from the breeze of renewal blowing over the sea. In other words, allocating financial means to the companies that manage to innovate and grow sustainably, instead of trying to sustain those that struggle to innovate and adapt efficiently, will be the key to renewing our economy and driving ecological change. This is easier said than done. Breaking long-lasting ties with big industries and tolerating layoffs in struggling businesses takes courage. However, at the same time, it comes with an enormous positive potential of economic renewal and growth. Politicians need to realise the enormous entrepreneurial decision-making power that governments have and citizens need to hold them accountable for it. Once they do, blind Keynesianism can become a relict of the past and deliberate, bold and entrepreneurial choice can become the future.

Photo by Johannes Plenio on Pexels 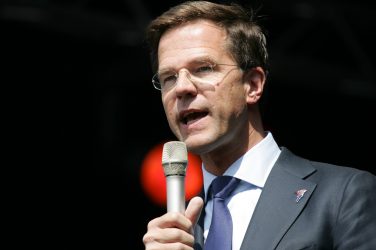 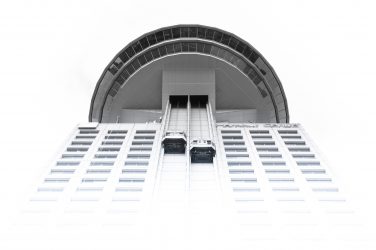