E&M’s Friederike Sandow goes beyond the pro-choice/pro-life debate: the real question is respect for human right.

The debate is not about pro-life or anti-life. We are all pro-life. Pro-life and pro-choice are not mutually exclusive; it’s just an odd and confusing wording that suggests that pro-choice means to kill because you’re anti-life. What if pro-choice simply means you’re pro human rights?

We have discussed abortion rights on here extensively. E&Me featured an article right before the Irish referendum, we shed light on the right-wing tendencies in governments all over Europe which turn to attack long fought for abortion rights of the European women as well as delivered a thorough overview on pro-life or pro-choice arguments.

It is a debate, morally, politically and societal, that is never at an end. It takes new turns, it brings up new questions, and it is highly divisive amongst friends and family and most likely, within yourself, man or woman, depending on where in life you’re at and on individual experiences and upbringing. I absolutely recognise the arguments of pro-life activists, I consider them as incredibly valid and I guess we have all been rooting for Juno’s decision when she decided to stun all and just do her teen pregnancy on her own terms. One can debate with political arguments and be met with philosophical arguments, which also in turn can be countered with religion, traditions, values, survivor stories, or tiny little baby socks thrown into your face. It remains tough no matter what lens you apply to it. Remember what did it for Juno? That babies have fingernails. In any case, Juno was given a choice. A choice that Juno had in 2007, and depending how things go, she might not have in 2020 with men like Trump and Kavanaugh as top decision makers in the US.

The standard in Western countries, according to this phenomenal map, is to enable women the access to legal abortions without restrictions as to reasons up to the 12th or, in some cases, the 24th week. However, this currently only affects 39.5% of the world’s population, and though it is the law, it doesn’t mean it’s playing out smoothly in practice.

There’s a discussion raging in Germany at the moment surrounding exactly this: by law it is forbidden to ‘excessively’ advertise ‘for your own good’ [e.g.: doctor is making a lot of money with it] that you, as a doctor, help terminate pregnancies, according to paragraph 219a of the German criminal code. And yes,  there is a doctor who was sued because she listed her services informatively on her homepage, and she was sentenced to a payment of over 6000€. The ridiculousness of this is very tragic – even though terminating a pregnancy is legal in Germany, the access to information is very wobbly and rather word of mouth, and the stigma and the shame from ‘knocking on the wrong doors’ whilst seeking help is not only scarring women and their partners, it also pressures doctors not to perform the needed procedures out of fear to be publicly ousted and shamed. We have the same development unfolding in Italy, where “the number of Italian gynecologists who will not perform an abortion has increased from 58.7 percent in 2005 to a staggering 70.9 percent in 2016. And in some of Italy’s more conservative regions, fewer than 7 percent of doctors will carry out the procedure. This means that women often have to visit several hospitals, encounter outright hostility and even travel hundreds of miles to find a doctor who will help them abort safely.“

The debate is not about one being pro killing babies or not valuing the life not yet born, it is not about ‘snap decision making’ or moaning about a ‘silly-timing’. It is also not necessarily about not wanting to use contraception or not knowing how to, though access to education, contraceptive methods and access to legal abortions have a strong correlation. It is about legalising abortions in safe, secure, supportive and protected environments, so that we have less health risks and fatalities and so that we are a small step closer to equality. This debate is about right-wing politics. This debate is about denying women their human rights.

No fingernail, no little tiny sock, no philosophical construct of a future that is being taken away can argue against the human rights we all want to equally enjoy and live by. The right of choice for legal abortions is protected via article 2 (the right to equality and to be free from gender discrimination), article 3 (the right to life, liberty and security), article 5 (the right to be free from cruel, inhuman or degrading treatment) and article 25 (the right to a standard of living adequate for the health and well-being of himself and of his family) of the UN Universal Declaration of Human Rights.

And because that is a fact, we need to look at why it is still an issue that is being so hotly debated – even in Europe, a continent that prides itself in guaranteeing human rights (for its citizens, at least).

It’s due to the fact that not women, in most cases, make the law. It’s men. And I do not want to shut men out of the discussion surrounding the right to abortions, as the voice and opinion of (potential) fathers (and simply humans) must count. But it needs to come from women, for women. It needs to be less ‘we cannot have people just going about having abortions as they please’ (because, no women has possibly ever thought that light-hearted about a potential abortion) and it needs to be to really listen to the women and trusting them. Trusting them that a decision about a potential abortion will be one of the fucking hardest things they will ever have or had to do. And already here we see that the discussion about the right for legal abortions is a discussion about equal rights for women and men.

is a topic that is so popular with the new right-wingers, because it hides behind the moral conundrum, religious arguments and the wholesome ‘family first’ approach that these politicians seek. Taking away the women’s experiences, feelings, wishes and dreams, casting away their horrors, fears and pains, telling them that ‘we [men] know better’. They are usually accompanied by cries to stop same sex marriages and to de-normalise homosexuality as well as to going back to stigmatising divorces. Ed Kilgore, writer for the New Yorker, somewhat disillusioned, comes to the same conclusion in the wake of the Kavanaugh trial: It is “right to worry that it’s getting harder every day to disassociate pro-life from anti-woman views. It’s certainly getting harder for me to believe that anti-abortion activists care more about saving embryos than about shackling women.“

Abortion law is the easiest to hijack, because it is so conflicting, difficult and emotional while at the same time exerts the most power over women that men can have. It dictates women’s life, their carers, their families, their relationships, their access to work, to education, their body, their self.

I know that when I write: “Men cannot get pregnant, hence they cannot know. Also, it’s unfair that the carrying the baby aspect is entirely on the women” I start an avalanche of rolling eyes. I appreciate the men that say that they wish they were a seahorse, so they could bear children. But hear me out: as it stands right now, men do not get pregnant. The repercussions an unwanted pregnancy can have on men and women are far-reaching. But men are just affected on the periphery of the universe of child bearing. For women, however, “a pregnancy (…) is perhaps one of the most determinative aspects of her life. It disrupts her body. It disrupts her education. It disrupts her employment. And it often disrupts her entire family life.“ (Sarah Weddington to the Supreme Court in Roe vs. Wade).

Women who are denied access to abortions are either forced to risk their lives in seeking unsafe alternatives or they are forced to birth a child. A child that, undoubtedly, most of them will come to love. But for which they, the women, will carry the implied societal responsibility for decades. And as it stands now, a back paddling on abortion rights is not accompanied by laws facilitating flexible work models, benefits or financial support for (single) mothers.

Having the choice is absolutely vital for equal rights. It is a human right.

I’ll leave it to this quote to sum it up:

“Laws that deny access to abortion, whatever their stated objectives, have the discriminatory purpose of both denigrating and undermining women’s capacity to make responsible decisions about their bodies and their lives. Indeed, it is not surprising that unwillingness to allow women to make decisions about their own bodies often coincides with the tendency to deny women decision-making roles in the areas of political, economic, social, and cultural affairs.”

Having the choice is absolutely vital for equal rights. It is a human right. Men need to stop making decisions for women when they cannot possibly fathom what the choice entails. 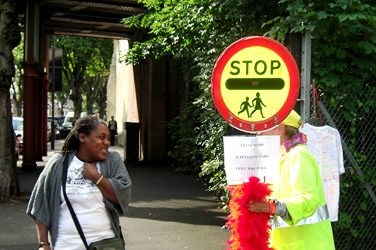 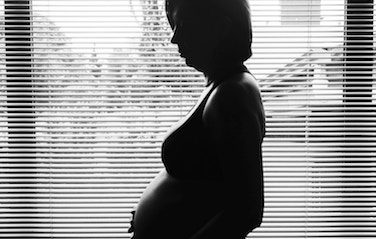 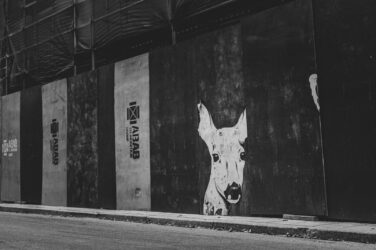