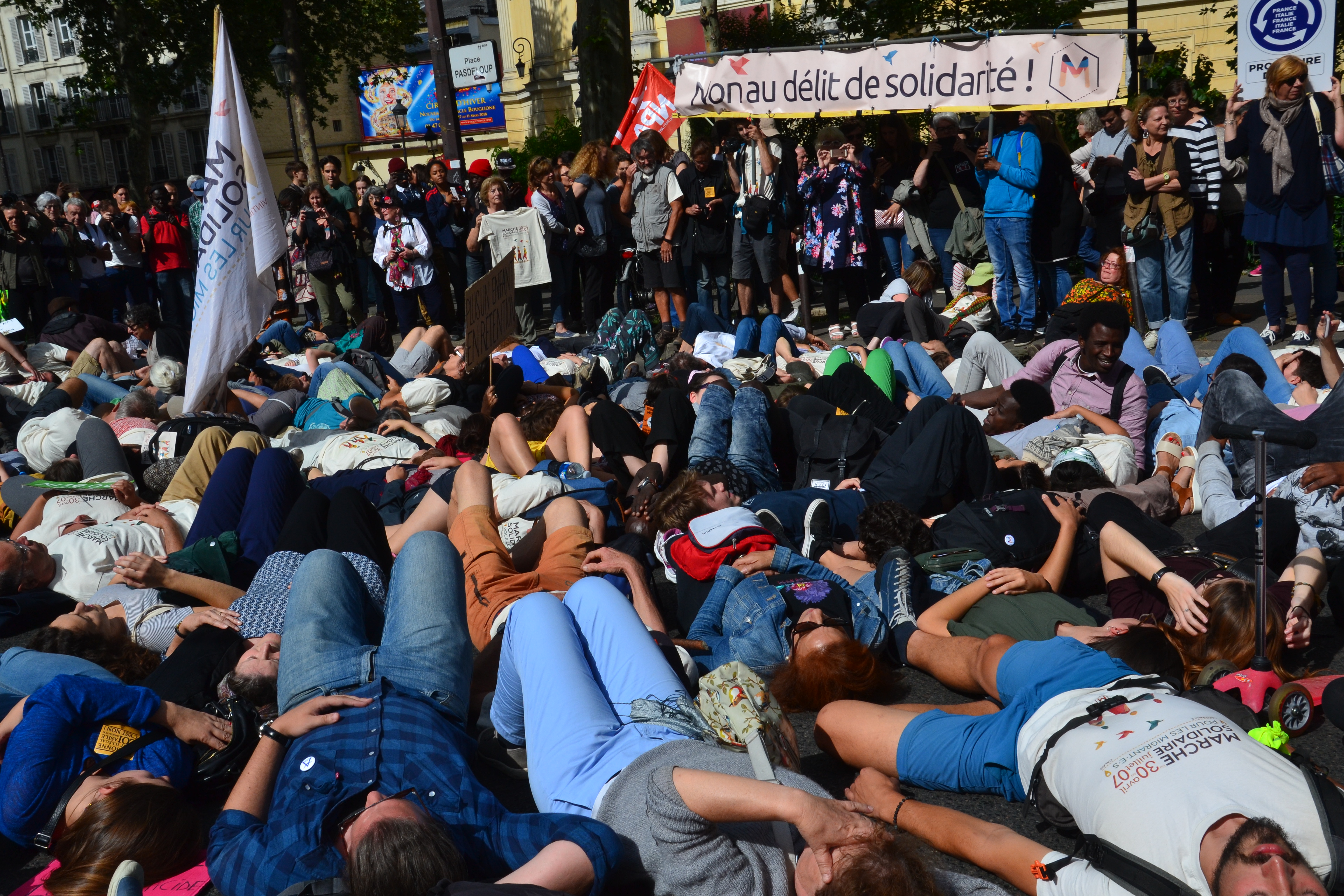 The reporting on the Brexit referendum and Donald Trump as President-elect of the United States were the straw that broke the camel’s back – 2016 was a “Post-Truth” era, as declared by Oxford Dictionaries. The dictionary defines the term as “relating to or denoting circumstances in which objective facts are less influential in shaping public opinion than appeals to emotion and personal belief”, and states that the use of this term had increased by 2,000% in 2016 alone. But post-truth really reaches its climax around the topic of migration. With the rise of populist parties using fear-invoking xenophobic myths about migrants and refugees to climb their way to power, and many news outlets using this extreme fear factor to sell more papers with reductive headlines – finding real facts is becoming somewhat of a mission.

Bombarded with news on a daily basis, by constant pings on my phone to remind me that the world is a terrifying place – I struggle with my feelings of absolute helplessness. So I have given myself the impossible task of looking for truth in a post-truth world – what are these myths surrounding the European Refugee Crisis and in what way do they defy objective facts?

Who even are they?

When talking about migration, European politicians and journalists tend to speak of a “flood” of people migrating to Europe, or other such hydraulic hyperboles, as coined by former Italian prime minister Silvio Berlusconi’s iconic phrase – the human tsunami. Naturally the first thing to note is that whatever the number of people might actually be, these metaphors convey a feeling of submerging, of suffocation due to an alleged surplus quantity of migrants. To begin with, numbers are actually decreasing: whilst 1 million people successfully reached Europe in 2015, only 350,000 did in 2016. Tragically, this is due to an escalating number of deaths en route. Rather than ‘celebrate’ these decreasing figures, we should learn to appreciate the sheer quantity that see in Europe a safe haven and the promise of a better future.

These “floods” are composed of asylum seekers, refugees and economic migrants all fleeing their respective country for very different reasons. A refugee is someone escaping a country due to a well-founded fear of being persecuted for reasons of race, religion, nationality, membership to a particular social group or political opinion. Although the term is often used as an umbrella expression for both refugees and asylum seekers, the latter refers to someone who has applied for asylum but has not received it yet. Whilst economic migrants are escaping economic hardship in the search for a better standard of living, also an important journey not to be undervalued. Having said this, it is people coming from a variety of different countries and therefore extremely different socio-political, cultural contexts and experiences and cannot be reduced to the mere role of the outsider – “they”. This reductive portrayal denies any potential integration, placing them as outsiders already excluded from our frame of existence.

The term “European Refugee Crisis” never sat right with me. Of course, we have an escalating number of displaced peoples around the world, akin to the crisis of displacement and resettlement following the Second World War. But this is not a crisis for Europe – it’s a crisis for the displaced peoples for whom doors are being shut at every corner. Teju Cole, on his Instagram account, said it best: “This is a crisis for those who must leave home, not for those who receive or refuse them”. Europe has more than enough space and resources to accommodate the influx of displaced peoples. Countries like Chad, Uganda, Lebanon and Turkey have been hosting thousands of refugees for years.

The crisis-mode is initiated by this inability for European people and policy makers to allow “Fortress Europe” to be penetrated – a European selfish bigotry which privileges their lives to the lives of others based on historical feelings of superiority.

So where is the crisis? The crisis is in this Europe-wide hostility towards displaced peoples that didn’t make the difficult decision to leave their home to be met only with more hate. The crisis-mode is initiated by this inability for European people and policy makers to allow “Fortress Europe” to be penetrated – a European selfish bigotry which privileges their lives to the lives of others based on historical feelings of superiority.

Here it is also important to note another myth – the involvement of the European Union, or more truthfully a lack thereof. Brexit campaigns revolved around this idea that leaving the EU would allow the UK to gain control over their borders. Despite the fact that the UK only accepted to take in 25,000 refugees over 5 years, less than the Greek island of Lesvos, with 80,000 inhabitants, agreed to welcome in 2015 alone. The UK is not alone in this, with Front National in France and Lega Nord in Italy maintaining very similar attitudes towards placing the blame

on the EU for refugee flows in their respective countries.

However, the EU’s response has been the biggest travesty of them all, which largely managed to slip under the radar. The shameful EU-Turkey deal – whereby to increase checks at European borders, Turkey is committed to accepting the return of any “irregular asylum seekers” who travelled through Turkey for billions of Euros in aid and visa liberalisation for Turkish citizens.

Medecins Sans Frontiers took a stand against the deal: “In an era of the greatest displacement of humanity in decades, this is a historic abdication of your moral and legal responsibilities,” then going on to reject EU funding due to their hostile policies. We have the moral duty as citizens to not turn away from these facts: we must look to what politicians, policy influencers, NGOs or other relevant actors we can reach out to, to voice our dissatisfactions and effect change.

Since a Syrian passport was found near the remains of one of the terrorists involved in the Paris terrorist attacks of November 2015, another myth has been that of the security threat that is posed by the refugee passages.  Now that is despite the fact that they had discovered this passport was in fact planted and all the attackers were of French origin – we mustn’t forget that we are in a post-truth era and nobody really cares about this boring correction. Truth be told, refugee routes are really the least likely avenue for radicalised terrorists, given the difficulty of gaining asylum in Europe today.

Even in Germany, numerous countries are no longer considered dangerous enough to grant asylum to – including Tunisia, from which the asylum seeker that recently drove a truck through the Berlin Christmas market of Breitscheidplatz came from. This recent tragic occurrence brought up a question in everyone’s minds – how was it possible for him to commit this crime after being jailed in Italy for setting fire to a hostel and despite never being granted asylum? I cannot provide the answer to this, but all I can say with certainty is that closing down all refugee routes is not it.

The vast majority of people seeking refuge in Europe are escaping the very extremism that they are blamed for on a far, far, larger scale.

What Europe really needs to focus on is radicalisation of the youth, especially second generation migrants, disenfranchised, marginalised and excluded in their own home as public discourse continues to propagate an image of nationhood that doesn’t include them. The truth is we are creating a vicious circle of hate – something referred to as “cumulative extremism”, a term coined by Robert Eatwell on how one form of political extremism can mobilise and magnify others. As much as populist channels gain from reporting on refugee terrorism to agitate populism, so-called “Islamic-State” too gains from it, in that it radicalises more and more disenfranchised young people looking for somewhere to be recognised. And the most important truth of them all, is that the vast majority of people seeking refuge in Europe are escaping the very extremism that they are blamed for on a far, far, larger scale.

This is perhaps the greatest myth we Europeans have been fed so far. European press and a number of politicians focus on claims that migrants who are coming to their country take advantage of its social services. The objective fact behind this post-truth is that in most European countries, migrants – in particular irregular ones – have little to no access to social services. A study by University College London found that migrants in the UK contributed significantly more in taxes than they received in social benefits. Whilst the impact on the labour market is far more complex and difficult to monitor. The impact of refugees and asylum seekers on the labour market and public spending depends on the policies of the host country – how long they must wait before they can legally work, what language and training programmes are available to facilitate integration and employability, and how much support they receive in the form of allowances and housing. A study by OECD has however found that investments in refugee integration can pay off in the long-term, by allowing refugees to enter the labour market and start making positive contributions to the economy.

Why do we consider our own safety and life more valuable than that of others?

Naturally, there are always more myths and finding truth in today’s media is something increasingly difficult. I am in no way ascertaining that I am now a messiah-like figure – the E&M bearer of truth. Question all your sources and evaluate the information you consume, because at a time like this where false information is aiding increasingly xenophobic parties and putting up of borders, it is more important than ever.

By placing all the blame on this umbrella term of the “dangerous refugee” terrorising the “weak, vulnerable European” we are placing the terrifying complexity of this problematic into an extremely reductive and simplistic framework – to help ourselves digest it. After all, we fear what we do not know and if we convince ourselves that this is the truth, then we can help our minds be at ease. So let us keep trying to look for truth and spread correct information. And most importantly, we need to keep asking ourselves the difficult question: why do we consider our own safety and life more valuable than that of others? 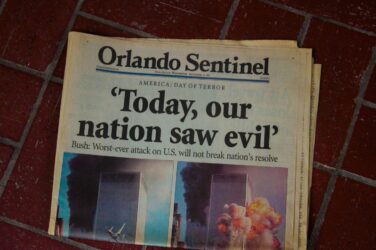 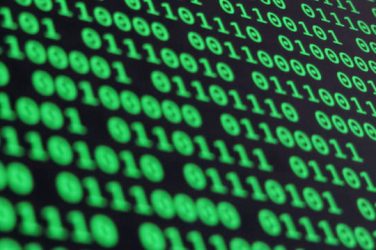 Fact-checking tools and their role in a post-truth world

What kind of fact-checking tools exist? What are they utilised for? And what challenges ...