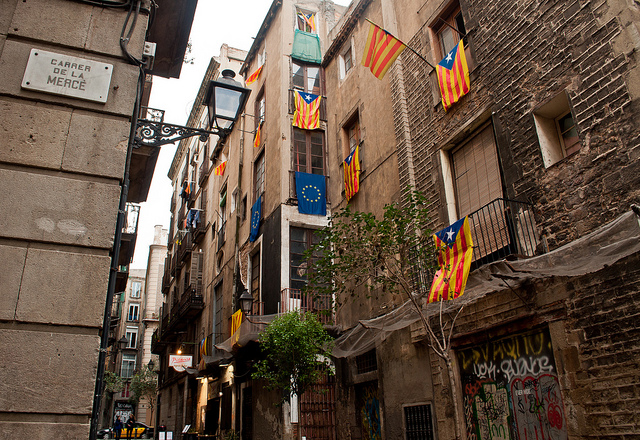 The Catalonian regional government held a referendum on the independence of the region for October 1st — a ballot Madrid has (once again) declared illegal. The matter brings to mind an issue of regional and institutional scope that we all need to discuss: the Union’s relation to its peoples and their inexorable rights, which should be as sacred as its relation with the member states and governments.

By fits and starts, the European Union continues to centralise economic and political power in the continent and the possibility of secession in a member state is clearly not a process warmly welcomed by the institutions. However, if the EU is to thrive as a minimally democratic institution, some basic principles must find ground on its framework and must be strengthened among nations – with certainty, self-determination is one of them. Although the rise of nationalism is a phenomenon of serious concern for Europe, is allowing Catalonia its right to self-determination necessarily detrimental to regional integration and to European unity? Is defending territorial integrity and state sovereignty more important than standing up for the right to self-determination?

THE STRUGGLE FOR INDEPENDENCE IN CATALONIA

Catalonia was part of the Crown of Aragon for centuries before the creation of the Spanish state, which took place in 1453 with the marriage of Isabella of Castile and King Ferdinand II. After that, Catalonia’s administrative autonomy diminished progressively, although its singular culture and language continued to be maintained and nurtured by its people. After the Spanish Succession war in 1716, the state of Catalonia was annexed by Spain.

In the 1930s, Catalonia was independent for a short period of time. But Francisco Franco, Spain’s fascist dictator, soon subjected Catalan culture to ruthless repression. This very repression ended up strengthening Catalan identity in opposition to Spain. Although reforms of re-democratisation in the late 70s legally established a significant level of autonomy for Catalonia, independent movements in the region continued to gain support.

Historically, Madrid has refused to recognise the declarations of sovereignty issued by Catalonia’s regional institutions, as well as to recognise Catalonia as a singular nation inside Spain – reaffirming the constitutional reference to the “insoluble unity of the Spanish nation.” This has only reinforced the desire for independence. Some of Europe’s largest rallies have taken place in the streets of Catalonia – in September 2012, for example, 1.5 million people participated in the annual demonstration for independence in Barcelona. Combined with the awareness of their unique national identity, many Catalans also perceive the billion-dollar taxes paid annually to Spain as a factor worsening economic recession (although Catalonia is Spain’s wealthiest region, it has suffered with rates of unemployment and youth unemployment, respectively, as high as 24 and 43% in 2013). This also reinforces secessionist aims.

In 2012, more than 80% of those who voted in the non-binding referendum (out of 7.5 million citizens of Catalonia, 2.3 million participated) favoured the creation of an independent state for Catalans. In 2015, the regional elections revealed voters’ preferences: pro-independence parties won almost half of the vote and the pro-independence coalition “Together for Yes” conquered the absolute majority in the regional parliament.

Two years later, Catalans are called to vote on a new referendum organised by the regional government. And Madrid does everything in its power to prevent it. From sending the Spanish police to raid departments of the regional government and to hunt for hidden ballot boxes, to forcefully taking over the region’s finances – in theory, to prevent funds from being used in organising the referendum – and arresting Catalan officials.

Meanwhile, the European Union takes a careful stand which, in reality, does nothing for alleviating increasingly high tensions between Madrid and Barcelona: the former will not give up defending its territory and its power and the more it tries to preserve it, the more Catalans will feel like they do not belong in Spain — at least for as long as the Spanish government refuses to make significant concessions. With the lack of a clear juridical framework on the self-determination of sub-state entities, only the reactions of European institutions to individual cases bring light into the Union’s stand.

An important question is whether a newly independent state would remain part of the Union, or if it would have to go through the process of application as any new state would. Regarding Catalonia, Jean-Claude Juncker, the head of the European Commission, hinted toward the latter option.

Juncker said that the EU would respect the choice of Catalans as long as the vote is duly undertaken in the terms of law. However, the prospect of having to go through the entire process of application is already a significant discouragement. It would put Catalonia under Madrid’s fire, since the accession of a candidate requires unanimous approval by the EU Council. Spain has already declared that it would veto Catalan accession to the EU if it came to this.

The position taken by the EU, consequently and in practical terms, favours Spain and drowns Catalonia’s aspirations in uncertainty. The EU misses the opportunity to act as a conciliatory part, wasting a power that could be used to prevent the escalation of tensions in Spain.

SELF-DETERMINATION AND REGIONAL INTEGRATION: IS IT A CONTRADICTION?

Catalonia already enjoys a significant level of autonomy within Spain, no doubt about that, but is it not up to outsiders to decide whether this is enough. It is not our call to state that the relation between Madrid and Barcelona is cooperative enough or to affirm that the Catalan identity finds free expression under Spanish rule. If Catalonia – a nation with its own distinctive history, culture, and language – is denied the right to answer to that for itself, then it is still a case of violation of their right to self-determination.

While it could seem contradictory to defend both the right to secession – it is not about defending secession itself, but the right to it if a nation democratically choses it through self-determination – and a united Europe, Catalonia’s breaking free from Spain’s refusal to recognise it as a nation would not necessarily mean moving away from the idea of a European identity.

A structure of regional integration that fails to acknowledge the right to self-determination of its members pulls away from long-lasting peace and from a solid sense of unity. The European institutions’ framework must be adapted and reshaped to allow for a democratic and respectful approach towards the multiple national identities it conglomerates.

In fact, considering that the denial of self-determination is likely to create strains and hate, and to make nations grow apart, recognising this essential right of all peoples is crucial for continental cohesion. Catalans must be aware of the social, political and economic consequences of their vote, but they still – as well as Kurds, Sahrawis, and all those who have been waiting for a long time for an opportunity to raise their voices on their own destiny – have the right to choose. Understanding the unavoidability of this right is understanding that once fulfilled, there will be more space for solidarity among nations, for amicable cooperation and peaceful exchanges.

The regional government of Catalonia has repeatedly stated its desire to remain part of the European union, but finds difficulty in gathering support inside the EU. One of the reasons for that is the fear of a domino effect. It is true that Spain recognising the legal character of this vote means establishing a precedent that might encourage other separatist groups; however, there is no way around the right to self-determination – it is thoroughly disseminated and consolidated as an idea, although it often falls into a legal limbo – and it will return to hunt Madrid for years to come if it is denied to Catalans.

The international system of states is a living organism and, as such, has continually changed and will continue to do so

Accepting what might come from the acknowledgement of self-determination is likely to change more than state boundaries: it might redesign the international system of states. Nevertheless, this system is a living organism and, as such, has continually changed throughout history and will continue to do so.

That leaves us – individuals, states, international and supranational institutions – with some choices to be made. The first necessity, which could avoid a wave of sub-state secession throughout Europe, is to adopt an open and real institutional dialogue. Our national and supranational frameworks need to be reformed, in order to make them truly inclusive and representative of citizens and their multiple national identities. Giving the European Parliament more power in the decision-making process related to the Union’s stand on self-determination and secession could be an interesting way to promote positive changes. It would allow for an approach more focused on the citizens involved in these matters than on struggles for power between governments.

If the European Union commits to such reform, it would be a consistent incentive for member states to do the same in their internal affairs: getting closer to citizens, understanding and respecting the needs and demands of different groups, giving them space inside institutions to raise their voices. Cooperation and understanding might not prevent all secessionist movements from achieving their goals – and if that is case, then this is how it should be – but going through secession with dialogue, in a peaceful manner and putting cooperation first is the best shot Europe has. The only other path, a self-destructive one, is to change nothing and to create ever higher tensions in a desperate intent to preserve a political structure that, falling short of representing the nations and peoples subjected to it, is bound to fail sooner or later.

Given the recent extreme violence seen at the scenes of the polling stations at the hands of the Spanish police authorities – the future seems more precarious than ever, with Spain’s case losing significant legitimacy and the issue looking more turbulent than ever. 300+ injured, 10 million ballot papers seized, key officials arrested, technology to connect voting stations dismantled, voters blocked and removed from voting stations and confiscated ballot boxes, the world is anxiously awaiting how the situation will progress and whether the EU will step in to call out the violations the Catalonian people have been submitted to and open a serious dialogue on the future of Catalonia. 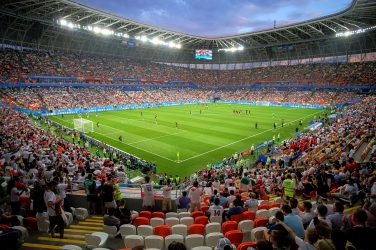