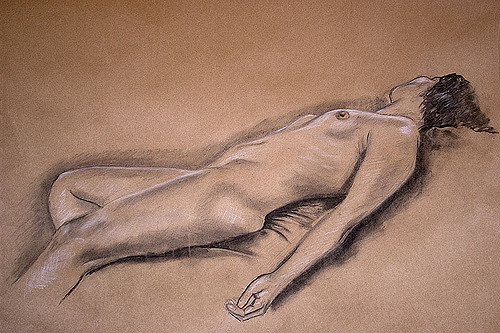 If there‘s any place where you don‘t want to burst out laughing and have tears roll down your cheeks, it‘s the London tube during rush hour. I thought nothing of it when I followed a friend‘s recommendation and started listening to a podcast whilst travelling from one end of town to another. I was in hysterics, managed to catch my breath, compose myself, only to hit play again and have it result in yet another fit of uncontrollable laughter and snorts. At 9am. And nowhere to rest my eyes in the overcrowded compartment, as the commuters eyed me suspiciously.

We all know that sex, sometimes, can be incredibly hilarious. Exposed and vulnerable, even if you bloody own your body – naked bodies and their quirks, noises and reactions are sometimes cause for pure comedy.

As much as I love starting my day with a healthy portion of Belinda‘s ridiculous adventures, I cannot deny that the outrage and debates about certain sentences in the book make you wonder if Rocky also wanted to get female anatomy wrong on purpose, or if he is really, actually, that clueless.

I am going to make the bold statement that I do think that cluelessness about the female body and especially female pleasure runs deep in our modern societies.

The other day, I was listening to two good (male) friends who were caught up in a heated discussion about the female hymen. One of my friends had just recently found out what it looked like and what its function was, and the other listened and learned until he blurted out: „BUT, like, I thought a hymen was THE proof for virginity?“ I didn‘t know whether to hug him, cry or start a lecture. I admit, Rocky wanting to grab someone‘s cervix was only slightly worse. And I will also admit, that it took me a long while to patiently learn about my own body. There is no handbook, this is nothing you can pick up from porn, and somehow, it is also not really talked about except among your closest friends – and finding out, that what worked for them, did not necessarily work for you.

“When you had the flowers and bees talk with your parents, guardian or teacher, was it ever about something profoundly more than the simple do’s and don’t and reproduction?

Why is the the female body and sexuality such a mystery?

By no means is this a generalisation that applies to every women, but learning how to orgasm and masturbate, is something that is more accepted and encouraged for men, especially when growing up. Understanding pleasure still has no real place in our modern European Sex Ed. When you had the flowers and bees talk with your parents, guardian or teacher, was it ever about something profoundly more than the simple do‘s and dont‘s and reproduction? But, back to the issue of pornography at hand – seldom, and Belinda is a prime example, does pornography show female pleasure and sexuality in a correct way that does not lead to unrealistic expectations. For men AND women. It does take a woman a while to figure out that there is “nothing wrong with them“ if they don‘t come from penetration alone or, at all. And it is a learning process for men how to pleasure a woman – and then how to probably do it differently with a different woman. Talk about sex being self-explanatory. Sometimes, it really isn‘t.

What really started to bug me though once I realised the absence of debates and focus on female pleasure, is the weird taboo surrounding it. And I am not saying that women aren‘t part of the problem. We are. I cannot even count the amount of times where I have heard of women in my mother‘s generation and older, who experienced their first orgasm after 30+ years of marriage. It is something they shied away from exploring, pursuing, and then ended up ultimately, missing it from their life. For men, forgive me for being so crude, the road to orgasm is pretty much laid out. For a lot of women however, it is a lot more complex and complicated. “About half of women sometimes have orgasms during intercourse. About 20 percent seldom or ever have orgasms during intercourse. And about 5 percent never have orgasms, period“ is the result of one (of the very few existing) long term studies about female orgasms, analysed through 33 studies done in over 80 years by Elisabeth Lloyd. And let me tell you, the fear when ordering sex toys online is still, to this day, that the postman could find out through the advertising or the packaging itself, what the delivery entails. While we do not have a problem to be exposed by visible pornography in advertising on TV or in any store where they sell magazines.

I would like to advertise for more factual knowledge about our bodies and a lot less embarrassment but rather a whole lot more embracing of our pleasure – and learning not only how to pleasure ourselves with the maximum results, but also how to teach our men. I know they are not all Rocky Flintstones, confusing the cervix with the vagina, but that there is even one man out there, is enough reason for calling for a revolution. Talk about your vaginal lids, your private pussy areas and don‘t be embarrassed if you don‘t really know what a hymen does and what it looks like. It‘s only embarrassing if you don‘t even want to google it. Start your revolution. A sexy one.The echo in the media was quite big when OMGYES, an online training programme teaching women how to find their to their very own pleasure, was advocated by Emma Watson. It‘s so incredibly appreciated that a new debate started, but it‘s unbelievably sad that a celebrity talking about female pleasure was so newsworthy. 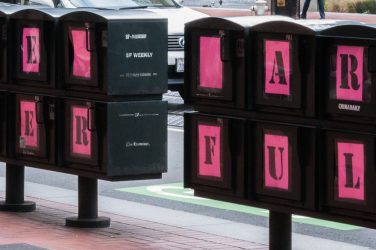 “Dangerous Beasts”: The Threat of the Outspoken Woman

“A woman who writes has power. A woman with power is feared, In ...