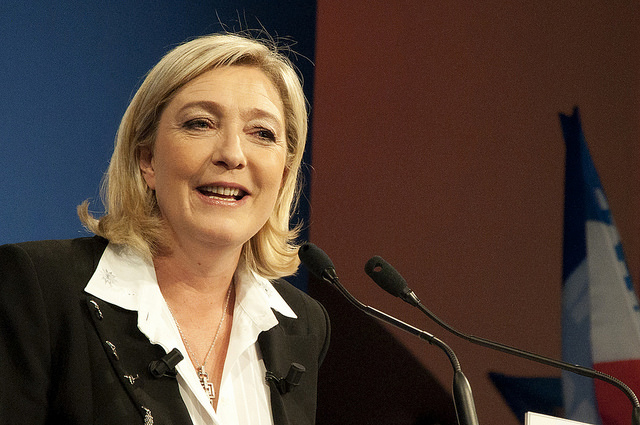 The centre-ground represents the all-important battle area in European politics. But how can anyone differentiate between left and right? When all is said and done, they may as well flip the UK Royal Mint’s new 12-sided pound coin.

It’s 2017 in Europe: the tides of political uncertainty are set. Britain’s botched exit from the EU, a host of general elections, and rising populism dominate the scene.

To add insult to injury, UK leaders are about as clued up as the cast of BBC sitcom ‘The Thick of It’.

Whether it’s ‘Dover and out’ or off the cliff edge into the unknown, Mrs. May and her shambolic rabble continue to deceive themselves:

“Everything is going to be OK! Jolly well keep calm and blunder on. Stiff upper lip, up and at ‘em let’s do Brexit and make a success of it!’

In the interest of balance, they do claim to have a plan. In the interest of sincerity, I’d sooner have the Rio Olympics’ swimming pool maintenance team in charge —at least they’d bring some colour to proceedings.

Speaking of algae, over the pond American politics has become the stuff of showbiz and inimitable caricature. Baffling beyond belief, it has become a parody of itself. Just how can a half-deflated whoopee cushion with a guinea pig for hair be dictating to rest of the world and, more importantly, Europe?

Whether it be a handshake denied or heinous hand-holding (the so-called ‘Merkel Moment’ or ‘May Grab’) European leaders are up against a farcical US administration. A Western ally like none before, Trump brings a whole new world of challenges to Europe.

So far then, 2017 has been a diplomatic nightmare. But the truth is: much like when faced with some distant relative’s drunken ramblings at a family wedding, we must endure it, whether we like it or not.

Frenzy in the corridors

The corridors of the EU are filled with bureaucrats frantically scratching their heads; the corridors of Whitehall, under a man whose hair attracts more attention than his policies, are liable to frequent fits of frenzy.

With all this in mind, Europeans face a landscape of unprecedented proportions, especially considering their upcoming general elections. It’s reminiscent of a childhood game of ‘would you rather’, in which the choices leave a lot to be desired:

‘Would you rather drown or hang; eat a frog or a snail or, for that matter, elect François Fillon or Marine Le Pen?’

In the Netherlands, Geert Wilders probably represented, in much the same as Trump, the only real ‘change candidate’. (Change, by the way, being the worst possible outcome for both the stability of the European project and for the future of Muslim immigrants in the Netherlands.)

Similarly, in France Le Pen also stands for change. But change, itself, is not always fruitful.

I once changed a lightbulb and electrocuted my cat. Top Gear tried a revamp, look how that turned out. Still, at least Chris Evans isn’t hell-bent on dismantling the European Union.

Fortunately for the level-headed among us, in the Dutch elections Wilders was convincingly defeated by his rival Mark Rutte. Perhaps his tough stance on the country’s recent diplomatic run-in with Turkey played to his advantage.

After all, standing up to all-out meanie Recep Tayyip Erdogan after his frankly astonishing remarks, about which Germany deemed the Turkish president had ‘gone too far’, must have taken some serious cojones.

It therefore appears (on the surface at least) that Europe’s wave of, in Rutte’s words, ‘the wrong kind of populism’ may well be short lived. However, it is unclear if the same will be said of France’s forthcoming elections, in April and May.

Two of the main contenders are Fillon and Le Pen.

Mr Fillon is a neoliberal, bullfighting enthusiast who, when it comes to backstabbing, would give even Mr Gove a run for his money.

He is, then, like most of our pusillanimous politicians, a man of staunch integrity.

Plus, helping to paint an even rosier image, are his hard-line stances on same sex marriage and adoption laws. The icing on the cake is, of course, ‘Penelopegate’.

In fact, both French presidential candidates are so tangled up in scandals it’s hard to keep up (Le Pen also having been accused of embezzlement herself).

You just couldn’t make it up. In this bizarre world of post-truth claims, reality feels stranger than fiction. The satirists are out in force. If nothing else, it’s set to be a bumper year for quips and zingers galore.

At the BBC, Ian Hislop grins and rubs his hands together; The Simpsons, not forgetting it’s apparent prescience, has enough material to last another 27 years.

The danger is that all this tittle-tattle and media hubbub distracts from the supposed substance of the debate. Although, Le Pen’s pontifications are more reminiscent of the sort of dogmatic rhetoric spouted from an elderly school chaplain, than anything akin to reasoned discussion.

I don’t know about you, but I don’t envy the French. Though, if I were them, I’d hardly envy the Brits.

Looking forward to the September elections in Germany, Europe’s future hangs in the balance. It is unlikely that we will see any drastic swings to either the left or the right. But we won’t be breathing a sigh of relief until it’s all over.

We can only hope that the Europeans make the right choice for us all. In the meantime, strap yourselves in, we’re in for a bumpy ride 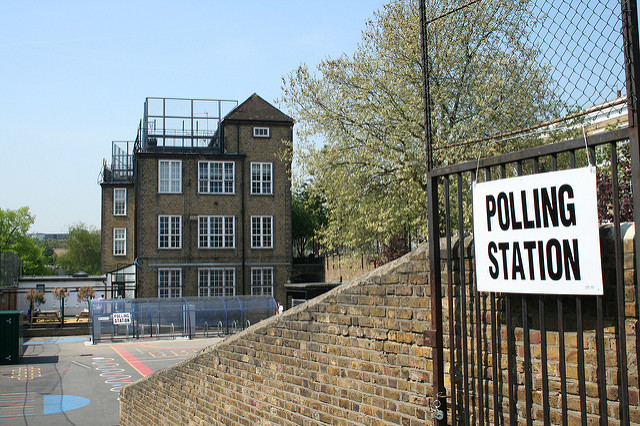