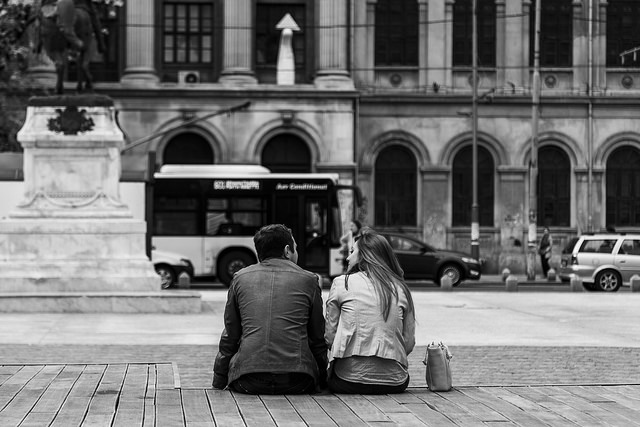 Last year, shortly after breaking up with a long-term boyfriend, I started seeing someone. But we’re not together. In fact, he doesn’t want a relationship and I don’t know what I want… Welcome to modern-day non-relationships. We are after all a hyphenated generation. Which brings me to whatever flaw it has become fashionable to brand us with: have we become too self-absorbed to let the right one in and the other become significant? Afraid of commitment because choosing means giving up on something else, and settling on plain with butter when we could have everything bagels with all the toppings? Or simply too engrossed in study and work (or trying to get into either) to muster the emotional energy to get close to someone?

There is something else. In our generation you often hear people say “we’ve been together for 6 months, but we were sleeping together for a year before that.” Togetherness, not sex, has become the precious gift we hold off on until someone really special comes along, or once the attachment hormones have bound us to our bed buddy. This is why many a friend with benefits who has developed feelings for their non-partner sticks around forever waiting unhappily for the other person to finally realise how right they are for each other and how blind they have been all this time and oh will you marry me babycakes honeybun? But I digress. People used to start a relationship and have sex together for the first time, now they get into a relationship and stop having sex with other people. This is especially true of the Anglo-Saxon world, but I have a feeling it has spread to the rest of Europe.

Togetherness, not sex, has become the precious gift we hold off on until someone really special comes along, or once the attachment hormones have bound us to our bed buddy.

Dating in Australia a few years back, I found myself struggling with cultural differences. I’d meet someone, hang out, have sex, and then he’d casually let drop that “oh, you know it’s not serious between us and I’m seeing other girls.” Talking this through with fellow international students from Germany and Spain, I realised that we experienced the same incomprehension and dismay because we had at heart radically different conceptions of dating. For us it was a kind of paint-by-numbers situation with logical progression from meet to fancy to go out to have sex – and thus be a couple. If at any stage you don’t feel it, just break up. No exclusivity talk needed because liking one person and being liked back was already a huge win. Did I hear someone shout “naïve” at the back? Yes, I suppose we were.

To this day, I wonder how someone can be interested in more than one person at a time. Doesn’t thinking about them consume all your romantic energy? Hours spent in the company of the idea of them, wondering how to make them happy, dream-weaving alternate futures together… Don’t get me wrong, I don’t believe in The One and I think that expecting one person to instinctively know what we want and fulfill every single existential need is madness. Nobody can measure up and we’re setting ourselves up for disappointment and suffering. I’ve been guilty of over-investing emotionally in one person and neglecting to cultivate relationships with friends and family where I could have gotten what I needed and put less pressure on my partner. It wasn’t his responsibility to be my everything, I see that now.

It seems as good a time as any to air deeply personal unsubstantiated views on polyamory, for no piece on millennial dating would be complete without it. It has become a trendy mode of relationship, heralded by some as a healthy way of doing romance without the lies and jealousy that too often embitter sexual relationships, solving the problem of damaging unrealistic expectations by sharing the load. Try as I may to conceptualise it, it’s just not for me; it’s not for many of us. One of my issues with polyamory is that it sounds too good to be true. A bit like communism: great in theory but in practice someone’s going to get hurt. The need for scheduling (so no-one feels left out) is the very opposite of the spontaneity that turns me on and the potential for drama is immense. Plus, I am good at neither of those things.

Truth be told, I suffocate under someone’s continual care, and as your stereotypical millenial I cannot de-centre myself long enough to give someone constant attention either, but I have no desire to share. That’s probably a result of intense socialisation into monogamy, but a partner who seeks sex and romance elsewhere is telling me that I am not enough – it threatens my sense of self. So I ask you this: is a mutually nurturing and respectful monogamous relationship, with plenty of space for both partners to be independent while also choosing to be close, even possible? I want to believe so, and it is up to each individual couple to make up the rules of what it means for them to be together.

One of my issues with polyamory is that it sounds to good to be true. A bit like communism: great in theory but in practice someone’s going to get hurt.

One day, someone I was seeing warned me that, should I come to his party, I’d bump into another person he was seeing. I thought about it for a while, jealousy creeping but also appreciating his trust in my capacity to make a choice, and texted back that I would be there with bells on. I am loved: this is my only certainty in a life of indecision, and it makes me emotionally whole and safe. We all need to have people for our social wellbeing: friends, parents, siblings, and children all build the pieces of who we are, without the stress of managing multiple non-partners with their egos, their desires, and their hang-ups. Through intimacy we construct identity, but I don’t need multiple romantic partners for that; let best friends be best friends and let lovers be lovers. Some of my favourite people are scattered all over Europe and as far as Africa and Oceania; they nourish me with their grace and kindness, their love and wisdom, and are incredibly important to my emotional wellbeing on a daily basis.

Like most people I treasure my independence, yet sometimes I dream of a romantic airport scene like in 90s movies when she’s about to board a plane and he runs after her, begging her to stay. How would that scenario work out nowadays? Well, for one they’d think about what happens after the credits roll:

Through intimacy we construct identity, but I don’t need multiple romantic partners for that; let best friends be best friends and let lovers be lovers.

The only time a guy asked me something like that, it was to go away with him. We met while travelling, barely knew one another but he was about to volunteer in Asia and asked me to come with him. I’ll never know what I missed by staying behind but that’s the point of life, each decision we make closes as many doors as it opens and maybe it’s ok not to have all the answers.

I still don’t know what I want, but I’m curious about the adventures to come. I might still be seeing that guy, we might still not be together and he knows that the day I meet someone will be the end of us. But maybe not. That’s why falling in love in the time of indecision is so exciting and unnerving, all of it for all of us, feeling our way one unsteady step at a time on this puzzling path leading who-knows-where. Because painting by numbers never did produce the best art. 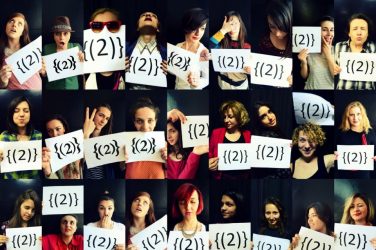