In the past, Top and Flop European were mainstays of the Brain section of E&M. In the deeply uncertain climate, our Diaphragm Editors felt that a rather more cynical take on the feature was necessary: This is Top/Flop European 2.0. Click here to read Alexander Neofitov’s damning critique of this issue’s Flop, and read on as Sam Volpe searches for some light in the darkness.

The last couple of weeks have been pretty rough for Europe.

Finding a ‘Top European’ amongst the Brexit shitshow has not been easy. However, it is easy to praise the efforts of the many people who worked hard for the sake of the European Union and the UK’s membership of it. It is also necessary to have a moment to remember the assassinated Labour Party MP Jo Cox, who’s beliefs in an inclusive international world were refreshing. Many better columns than this have praised her, so we’ll do that and we’ll move swiftly on. (Sincerity here feels odd.)

As the reality of Brexit hit, many in Britain seemed to be doing their best to rule themselves out of the running for this prestigious award. Prime Minister David Cameron resigned and seemed to forget that this was all his fault for calling a referendrum the bastards in his own party were always likely to want him to lose. Prominent leavers such as Boris Johnson have spent the last few days writing contradictory newspaper articles, and getting told off by Germany. Then in characteristic passive aggressive style, British Leader of the Opposition Jeremy Corbyn has been accused of “not really working very hard” on the Remain campaign. Rumour has it that, as we go to press, Corbyn is in a bunker with several trusted lieutenants and a kale smoothie. Whether he .

Every disaster has its prophet however: As Cassandra foresaw the fall of Troy, surely some brave soul pierced the veil and predicted carnage?

One man fits the bill.  The former Deputy Prime Minister Nick Clegg (erstwhile leader of the almost-irrelevant in 2016 Liberal Democrats party) has been revealed as a clairvoyant.

Clegg is a committed Europhile, which is probably even less common that you’d imagine in British politics, but it is his predictive ability which secures pride of place as Europe and Me Issue 33’s Top European. A day before Britain shot itself in the proverbial foot, Clegg described the morning after in the i Newspaper.

“It won’t feel like that. Instead, the economy lurches to recession; there’s upheaval in Westminster; no plan to allay concerns about immigration; another referendum in Scotland; a steep slide in Britain’s standing in the world.”

“The Brexiteers say you will “regain control”. But it won’t feel like that. Instead, the economy lurches to recession; there’s upheaval in Westminster; no plan to allay concerns about immigration; another referendum in Scotland; a steep slide in Britain’s standing in the world.”

An honourable mention is given to the ‘EU Facepalm Man’ Vytenis Andriukaitis, whose pained reaction during the rather unpleasant speech given by Ukip MEP, cypto-fascist, and all round human disaster Nigel Farage at the European Parliament this week spoke to the trauma experienced by many of us.

At the end of the day one is left wondering, can things can only get better? Let’s ask Mystic Clegg.

The Unification of Italy may have taken place 154 years ago, but that certainly ... 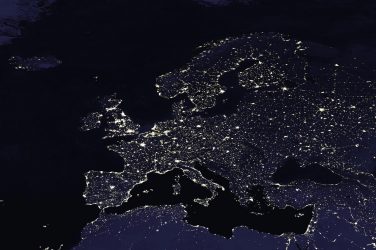 Europe without Brussels, remaking the EU without the Brussels Bubble. What would Europe look ...