Last April the Sunday church services took a very political turn in Poland. Catholic priests across the country openly condemned pregnancy termination in their sermons, while trying to influence churchgoers into signing an anti-abortion petition.

This political move supported by the Polish Catholic Church, one of the most influential bodies in Poland, provoked heated protests. Women gathered in pro-abortion rallies to express their anger against a full abortion ban proposal. Immediately thousands of images were shared on social media exposing protesters waving coat-hangers, a tool (used as one of the crudest method to abort) that has become the symbol of the pro-choice Polish campaign.

A Near-Total Abortion Ban In Poland

The ‘prenatal life protection law’ proposal drafted by the organisation Ordo Iuris (Rule of Law) embodies a step backwards after decades of affordable and legal abortions.  Although repeated attempts to introduce similar bills through the Parliament were previously countered by pro-choice coalitions in the government, the last parliamentary election has switched the political balance. The victory of the Law and Justice party (referred to by its acronym PiS) suggests that the recently submitted anti-abortion law could easily gather a majority of votes and come into force. It is the first time that the proposed legislation will be debated in a political arena dominated by right-wing deputies.

At present, abortion is only legal in Poland in three clearly defined cases: if the pregnancy endangers the mother’s life, if the foetus exhibits incurable diseases or severe disability or if the mother was a rape victim. Even then, abortions must be authorised by a medical professional, which places further restriction on the possibilities to terminate a pregnancy for health reasons.

The rise of extreme right populist parties accross the continent could evidently imperil the rights that have been arduously secured by our grandmothers and mothers.

If successfully enforced, the new proposal would nearly ban all abortions by restricting termination of pregnancy for rape victims, as well as if the foetus has very small survival chances or is diagnosed with a terminal illness or severe disability. This would create supplementary suffering for the mother who would only be left with few options: terminating the pregnancy illegally using back-alley methods, travelling abroad in a country where abortion is legal or, for the poorest, keep the unwanted child in spite of health or socio-economic difficulties. In particular cases where the foetus has small surviving chances women will have to carry the foetus for months and months while waiting for the inevitable end.

Unfortunately, the recrudescence of right-wing Catholicism is not bound to Poland, but rather is symptomatic of a strong social and political traditionalist tendency in Europe. The widely acknowledged rise to power of extreme right populist parties across the continent could evidently imperil the rights that have been arduously secured by our grandmothers and mothers.

In France, Marine Le Pen and her openly traditionalist niece Marion Maréchal Le Pen have repeatedly asserted their support for “traditional family structures”. If elected, the Front National promised to suppress subventions granted for Planned Parenthood and could very likely amend the law to introduce anti-abortion provisions. In Spain, radical right-wing parties have successfully restricted abortions for women who are victims of rape or whose lives are threatened by prolonging the pregnancy. Even in Scandinavia, commonly perceived as the most liberal and progressive region of Europe in terms of women’s rights, recent laws have been passed to strengthen abortion regulations. In autumn 2013, Norway extended the waiting period after which women can legally abort and restricted abortion after 18 weeks of pregnancy. Parliamentary support for this restrictive proposal would not have been deemed possible without the influential campaign of the Norwegian Conservative and Progress parties (often seen as right-wing populist parties).

But why are so many Europeans willing to give up on rights that took so much time and effort to acquire? It is quite difficult to grasp the motivations behind this sudden renewed popular desire to push women back into their traditional roles as housewives and childbearers.

The economic climate could be looked upon as a viable reason for this return to tradition. In times of economic crisis, abortion laws have become crucial political instruments. They are used as part of national budgetary policies to cut subventions and reduce pressures on social security. Massive abortion has also been accused of contributing to the ageing of the population, while depriving countries of a young and fresh workforce.

However it is unlikely that economic arguments are sufficient to truly convince people to give their support to such strict anti-abortion policies. In current times of political and economic turmoil, where society is changing at a pace that has rarely been seen before, with existing social norms constantly challenged, people tend to instinctively hold on to traditions. They fear radical changes and feel the need to comfort themselves into more familiar landscape, which are mainly offered by right-wing populist parties and, in some countries like Poland, by religious authorities.

As I see it, the restoration of anti-abortion laws would not only mean reducing women’s right to control their own body but would have a far-reaching significance for the survival of progressive democratic values. Turning the back to pro-choice policies will risk stifling democratic rights, while disproportionally affecting the poorest, who have to resort to unsafe procedures to abort.

Of course abortion cannot be trivialised and politicians or activists who argue that abortion has become an ‘easy way out’ got it all wrong. Simone Veil, who introduced complete legal abortion in France claimed in 1974 that “no woman ever resorts to abortion with pleasure, you just have to hear the women, it is always a tragedy, it will always be a tragedy”. People tend to forget that abortion is not and will never be a “comfort choice”. Women should not live in the fear of being incriminated for making use of their right to shape their own lives.

The next few years will be critical in defining in which direction Europe wishes to evolve. Societies will have to choose between looking forward to a progressive future or give in to traditionalist pressures.  In both cases, heated national debates about pregnancy termination suggest that abortion laws will be first in line. Once again the protection of women’s right lies not only in the hand of national legislators but also on the ability of the European Community to harmonise abortion laws and restrain right-wing national parties from threatening the right for women to choose.

The next following months will be decisive for women in Poland. Will the ‘coat-hanger rebellion’ be sufficiently powerful to overcome the political dominance of the PiS Party and its powerful Catholic allies? The influence of the state on national media has been successful in avoiding national coverage of the protests. If the new bill is backed by the Parliament, critical voices will be easily silenced allowing for a first worrying step away from gender equality and progress. 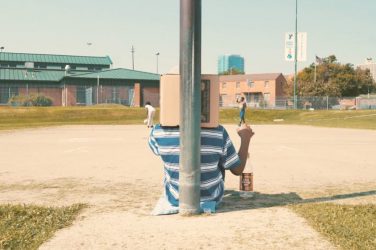 All the feels (on self-validation)

E&M‘s Robin White let’s us in on her struggle with expressing emotions, opinions and ... 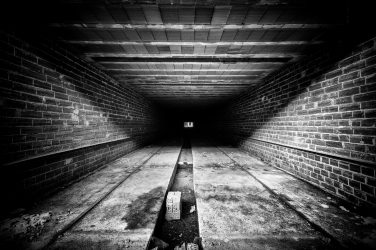 The Post-Recession Politics of Mental Health: gender and austerity

Male suicide has recently made headlines for its alarming status as the unappreciated ...