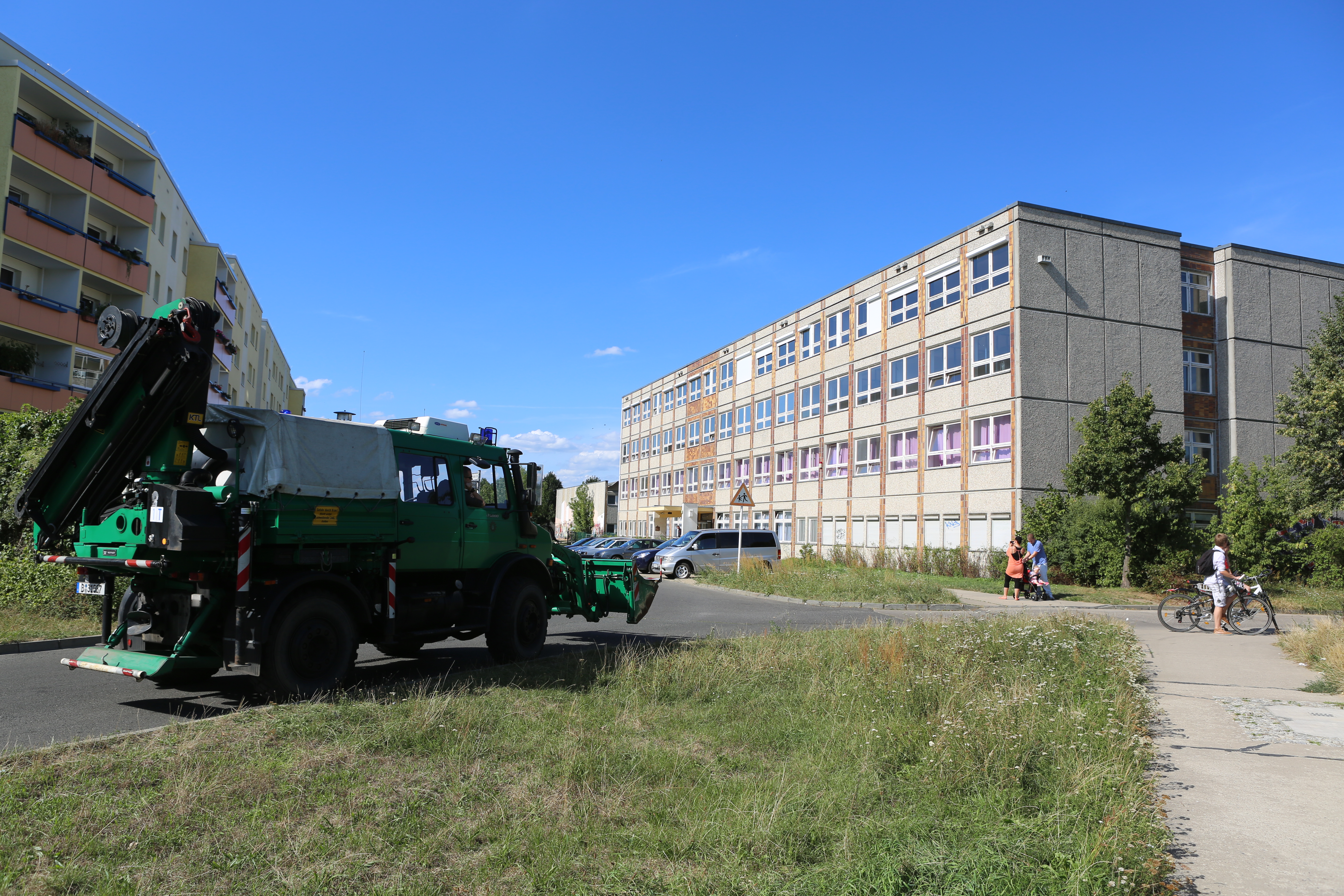 The world praised Germany’s attitude towards the refugee crisis in 2015. E&M looks at the situation on the ground in Berlin and asks: is the admission policy sustainable?

Today, one in every 122 people is either a refugee, internally displaced, or is seeking asylum. And yet, even given the scale of the unfolding humanitarian crisis, the international response has so far been underwhelming. Amongst the defiantly hawkish voices heard during the frenzy of crisis talks on EU refugee policy this summer in Brussels however, one member state who was open to the idea of resettlement quotas, and seemed to emerge to take the lead in calling for more solidarity, was Germany.

Angela Merkel pushed her European neighbours to show solidarity both with those member states like Greece and Malta in need of assistance, and with other refugee hosting countries outside of the EU, as well as, most importantly, refugees themselves. Claiming with conviction, “wir schaffen das” (“we can do it”), the German Chancellor sought to incite enthusiasm for a new, less restrictive refugee policy. This policy turn did not pass by without controversy however, and as the need for comprehensive, long-term measures becomes evident, is Germany’s model for a more open refugee policy beginning to crack under the political pressure? The administrative and political bodies responsible now appear unable, or unwilling, to keep up with the sentiment behind Merkel’s commitment. So far around one million asylum seekers have been registered in Germany this year; an important contribution to international humanitarian efforts. But a look at the situation in Berlin reveals huge problems. Growing criticism is being directed towards the city’s authorities as thousands of refugees and asylum seekers wait up to several weeks in intolerable conditions to be registered, only to be placed in overcrowded, under resourced housing, and to face a new long list of bureaucratic and political hurdles.

The so-called “Wilkommenskultur” in Germany, a term inspired by images of hundreds of local Germans welcoming newly arrived refugees and asylum seekers at train stations across the country, has been praised across Europe. Whilst Angela Merkel’s fellow European heads of state voiced their concerns over the open door policy, doubting the sustainability of the German Chancellor’s unprecedented move, elsewhere Germany’s ostensible support for refugees was admired. European media portrayed Germany as the leading example of how to address the current refugee crisis. As tens of thousands of volunteers work with a number of refugee projects in Berlin, endeavouring to provide shelter, food, clothes, medical assistance and legal advice to refugees in the capital, the voluntary spirit and its contribution to refugee support is clear, but where is the accompanying political cooperation and support? As winter sets in, the urgency of the situation increases, and many citizens in Berlin are calling on their government to address the pressing circumstances.

Asylum seekers and refugees who arrive in Berlin must first register at the city’s State Office for Public Health and Social Affairs (LaGeSo) in order to have their status assessed or application for asylum considered, and to be provided with temporary accommodation. Only once registered do they then have access to a monthly allowance from the state authorities, covering food, medicine and other necessities. The importance of an efficient registration process can therefore not be overestimated. However the current situation shows an appalling lack of care for the well-being of refugees in Berlin, and the “Wilkommenskultur” implied by Merkel’s original open door policy is being overshadowed by growing criticism. Chaotic scenes at LaGeSo have dominated news reports on the issue, and a number of demonstrations have been organised by voluntary organisations who are calling for an end to the “inhumane” conditions at the registration office. Asylum seekers are forced to queue throughout the night, in the hope of being in the handful of people who receive an appointment the next day and are able to get registered, or to extend their temporary housing permit. Young children, the elderly, people in poor health, all queue together in now freezing temperatures. Volunteers distribute hot tea, clothing and food to as many as possible, but there is no support from state authorities given to these people.

Even once registered, the issues of lack of housing, basic supplies and access to education persist for many refugees in Berlin. Temporary accommodation is offered in a number of locations, but these are overcrowded, under resourced and rely heavily on voluntary support. Currently around 4,000 asylum seekers are housed in hangars at the old airport in Tempelhof. There are no shower facilities on site, thousands of children are missing out on school or kindergarten, and despite the generous donations given, there is simply not enough to supply everyone with proper winter clothing, with hygiene products, and other supplies. Whilst their asylum application is ongoing, asylum seekers are required to stay in these designated accommodations. And even for those whose application is approved, lengthy bureaucratic procedures limit the possibilities for private properties to be made available for refugee housing, and a huge number of buildings in Berlin lie empty whilst thousands of people are in desperate need of accommodation. Misplaced concerns over the housing situation, or welfare and cultural issues, have also fuelled an anti-migration sentiment in Germany. A small number of people continue to protest the arrival of refugees in Germany, with the number of verbal and physical attacks on the rise. In the first 10 months of 2015 there were 747 attacks towards refugees and asylum seeker centres, more than three times as many as in the whole of 2014. Fear-mongering from both the media and right-wing politicians means that for some refugees, such appalling acts of racism and intolerance are part of the so-called “Wilkommenskultur”.

A small number of people continue to protest the arrival of refugees in Germany, with the number of verbal and physical attacks on the rise. In the first 10 months of 2015 there were 747 attacks towards refugees and asylum seeker centres, more than three times as many as in the whole of 2014.

In Germany, pressure from within Merkel’s party and from local governments has resulted in a new legislation proposal to restrict refugee policy. Some aspects of the package are already being implemented, with more countries being added to “safe” lists, and rapid deportations being encouraged, risking more cases of illegal and dangerous refoulement. Tighter restrictions on the benefits given to asylum seekers and refugees, on the right to work, and on family members joining, as well as the gradual infringements on the principle of free movement within the EU, serve only to strengthen the security discourse and will not alleviate the miserable conditions faced by thousands in Berlin and elsewhere in Europe. The great work done by civic organisations and volunteer-led projects can only go so far. Local and national governments, and the EU, must urgently implement sustainable, humanitarian policies which address these issues, or the EU’s already waning commitment to human rights threatens to give way to a restricted, inhumane refugee policy which will have tragic consequences. At the time of writing, the German senate has proposed the establishment of the “Landesamt für Flüchtlinge”, a federal authority that would be responsible solely for refugees and asylum seekers. This could be an important first step to addressing the situation at LaGeSo, but it must be accompanied by further decisive action, and quickly. 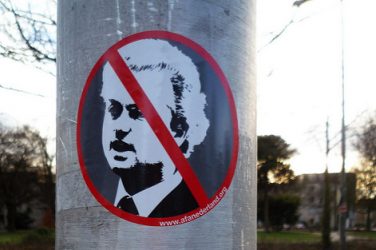 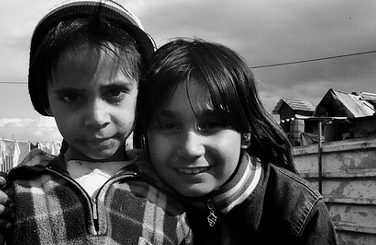 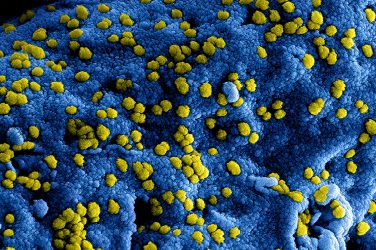